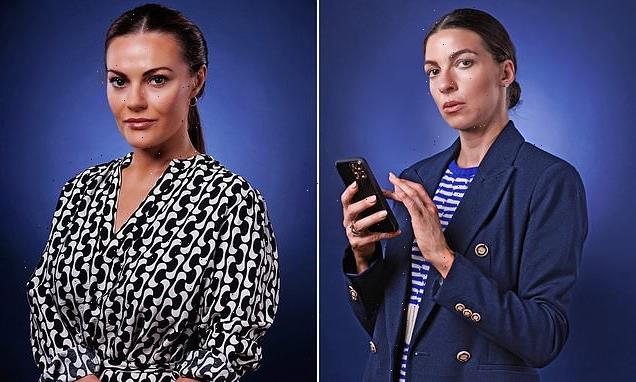 IT’S WAGS vs WIGS! A riveting new Wagatha Christie drama reveals the real battle was between the debonair barristers and the footballers’ wives

So vivid is our collective memory of the Wagatha Christie trial in which Rebekah Vardy sued Coleen Rooney for libel, it’s strange to think we never saw a second of it live on television.

We may have watched the protagonists with their Dior sunglasses and Chanel handbags duking it out daily on the stone steps of the Royal Courts of Justice, but from inside the wood-panelled walls of Court 13 – not a peep.

Now this is being rectified in a Channel 4 drama-documentary that borrows from courtroom transcripts and the women’s witness statements to re-create a showdown that managed to squeeze Strictly Come Dancing, Scooby-Doo and the size of Peter Andre’s manhood into a memorable seven day hearing.

Its two standout stars are Michael Sheen, who plays the debonair David Sherborne, Coleen’s barrister, and Natalia Tena (from Harry Potter and Game Of Thrones) as Rebekah. Sheen portrays a legal unpicking of someone in the witness box so excruciating you’ll want to watch it from behind your fingers. 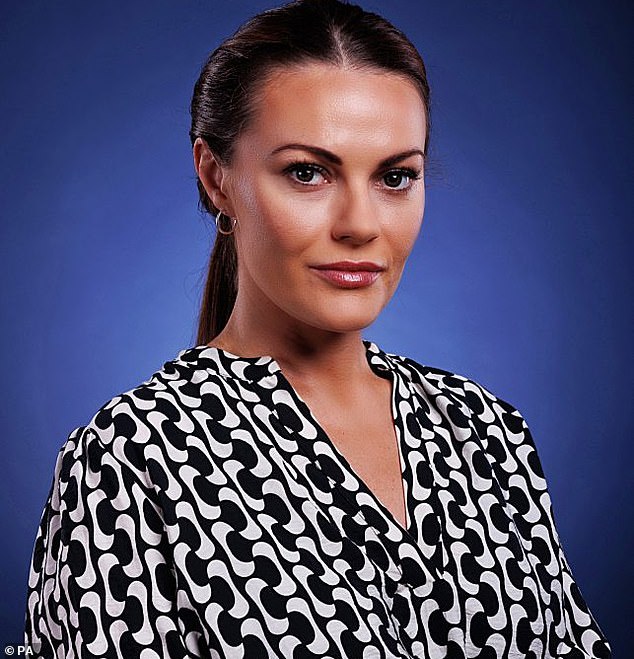 Natalia, who is on the receiving end of this, depicts a woman with such iron-clad self belief you walk away with the sense Rebekah didn’t feel she’d lost.

She did, of course, facing a legal bill of around £1.5 million and adding to the gaiety of the nation with revelations including that her agent’s phone, with all its encrypted Whats­App messages, had been conveniently lost in the North Sea.

It is ‘lying… in Davy Jones’s locker,’ Sherborne told the court. ‘Who is Davy Jones?’ asked a puzzled Rebekah.

Along the way she and Coleen (played in the drama by Chanel Cresswell) gave us a window into the bitchiness and skulduggery of WAG-world, though Sheen believes it’s about a lot more than that. ‘This was us as a culture on trial as much as the individuals involved in the case,’ says the actor. 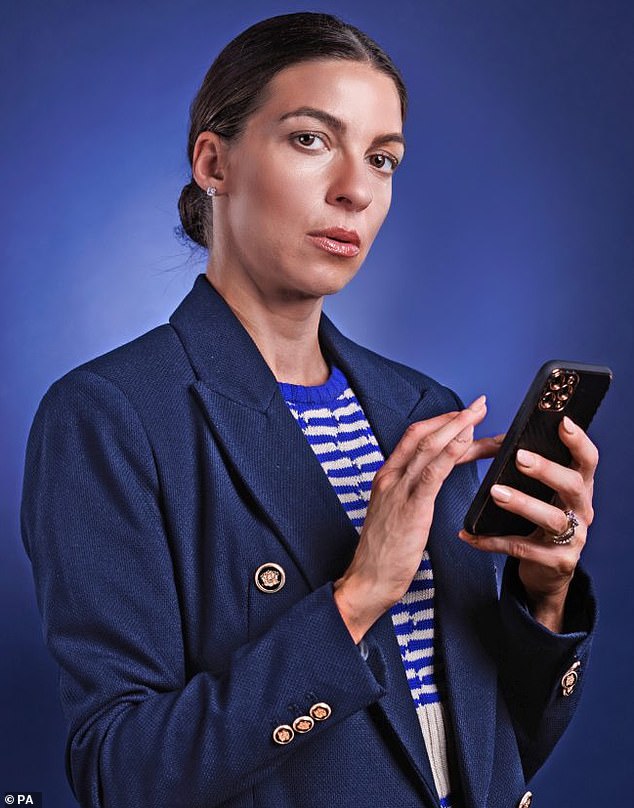 Natalia Tena (pictured) plays Rebekah Vardy in the docu-drama, which centres around the questions – How did they end up in high court?

‘You have two women from working-class beginnings, coming up through their relationship to footballers, and this austere old world of barristers and courts, these two men from very different backgrounds to the women they’re cross-examining.’ He thinks the case blew up in the public imagination because it was about ‘how we use certain situations to mask uncomfortable things to do with class and misogyny’.

There’s intensity and suspense to the drama, doubtless because it was written by Chris Atkins, who was sentenced to five years in prison after being found guilty of tax fraud in 2016. ‘The witness box,’ he says, ‘is the loneliest place in the world.’

Rebekah accepted this risk when she sued Coleen for libel in 2020. A year earlier Coleen had publicly accused her fellow WAG of leaking morsels of gossip from her private Instagram account to the media.

She wrote a now legendary post on the social media site outlining how she’d caught the culprit, with the dramatic ending: ‘It’s… Rebekah Vardy’s account.’

Tom Popay, the executive producer, says, ‘Wagatha is so relatable – we can all see, within our friendship circles, friends falling out.’ Here, of course, the stakes are elevated because of the wealth, influence and reputations of the women involved and their husbands, ex-England captain Wayne Rooney and Leicester City striker Jamie Vardy.

‘There was a storm swirling outside the courtroom door,’ says Popay. ‘The whole country was consuming this thing.’

We’re reminded of this by real life broadcasts from the likes of Richard Madeley on breakfast TV wrapped into the courtroom drama.

The two-parter tries to answer the question: how did the war of the WAGS get all the way to the High Court? 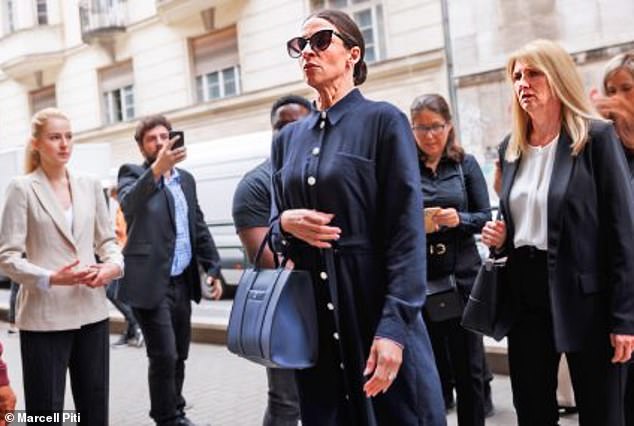 A scene outside of the courtroom, which shows Vardy arriving at court with her representatives

Director Oonagh Kearney says, ‘History is littered with examples of how something seemingly small can become very big. This is about someone [Rebekah] fighting for their reputation.’

As for turning it into a drama, she says, ‘It was a gift. Two very different women facing each other in court and a true story that’s sad, funny – and everyone loves a happy ending!’

The docu-drama actually ends with a kind of a draw. In reality Coleen ‘won’ although if, in WAGworld, success is about name recognition and brand reach, it was Team Vardy who bagged the trophy.