Paul nearly lost his life when he suffered a heart attack on ‘9-1-1: Lone Star.’ HL spoke EXCLUSIVELY with Brian Michael Smith about Paul’s next chapter after his surgery, the future of Paul and Marjan’s friendship, and more.

Paul was left angry and devastated when he woke with a defibrillator implanted into his chest. Even though a doctor had previously told Paul that he would likely die without a pacemaker, Paul refused. After suffering a heart attack, Paul was discovered by Marjan and rushed to the hospital. Paul lashed out at Marjan when he learned that she didn’t stop the doctors from implanting the defibrillator. HollywoodLife got EXCLUSIVE scoop from 9-1-1: Lone Star’s Brian Michael Smith about what’s next for Paul.

“He’s processing this big life shift. I think the initial shock, no pun intended, of waking up in the hospital with it in, that’s kind of where we left him,” Brian said. “Now he has time because he has to recover from that surgery and what that means for his life. He’s going to have to decide what he’s going to do afterward. I feel like when we pick up with him in the next episode, we are watching him go through this process of, okay, I want to get myself physically back together, but am I mentally back together as well to sort of process what’s different about my body and my life?” 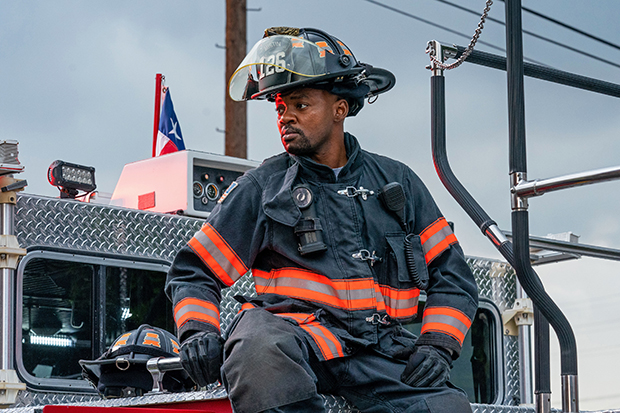 Brian noted that Paul was so “upset” when he woke up “because he just felt like he didn’t have a choice. His choice was taken away about something that has to do with his body. I feel like he is somebody who has a trans experience and has a deeper sense of violation of having choices about his body being made for him while he’s unconscious.”

Paul and Marjan are the definition of friendship goals, so seeing their relationship hit a low point was tough to watch. Brian admitted that Paul was “completely caught off guard” by what happened after his heart attack, and Marjan took the brunt of his anger.

“There was a sense of betrayal that wasn’t necessarily logical, but that’s what he was experiencing at the time, and she was there for it a bit,” Brian continued. “And in the next episode, we see the fallout of that. It’s really painful to watch your friend nearly die and have so much concern for him, and then her worst fear came true. She found him unconscious and unresponsive on the floor. That was a lot for her to go through. So I think for her to have him respond to her in that way after she was in some ways traumatized will be a lot to overcome. I think for him coming to terms with his own behavior to sort of work his way back to that friendship and then coming to terms with how it feels to him about being betrayed by his ride or die. I think he was hoping that she would stand up for him. We all know that unless Marjan had power of attorney there’s not much you can do, but just kind of feeling helpless and very aggressively wishing that you could have done something is going to play into his anger towards her. I’m hoping that as we go through the next episode, he can let go of that anger and see her point of view and take the steps necessary to start to heal that relationship because it’s important to him. It’s important to her. I think just as much as the fans want them to keep that bond and that beautiful friendship that they have, they want to as well. But how do you work your way back when you have that explosive and painful conversation?”

The March 14 episode will follow Paul “really coming to terms with the fact that his life has changed.” However, he does have “more power over the next chapter that he’s allowing himself to seek. He’s got to make a decision on the direction of his recovery.” 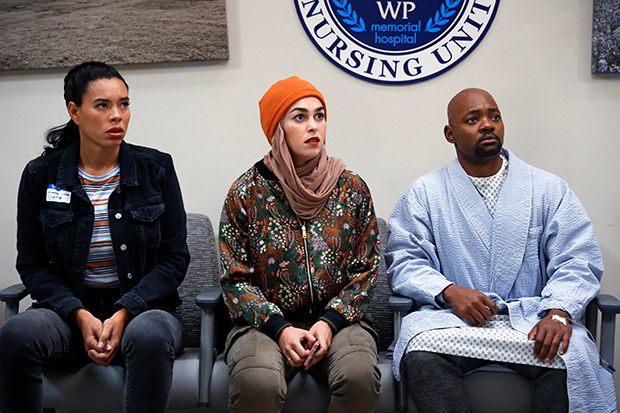 The actor acknowledged that in the wake of his falling out with Marjan, Paul is keeping what he’s dealing with to himself. “I think he doesn’t want to be weak. I think he has a perception of this as a weakness. It’s not true, but I think that’s kind of how he’s psychologically responding to it right now,” Brian continued. “But I think he doesn’t want anybody to know and doesn’t want to share it. He doesn’t want to be vulnerable right now. The only person he would feel comfortable with being vulnerable is Marjan. He’s definitely in a place where he’s navigating something that’s new for him and difficult for him, and he’s doing it by himself, which makes it that much harder.”

However, he teased that his 9-1-1: Lone Star will be there for him. “He is part of a family. Even if he’s not willing to reach out, there are people in the house who know who he is and you can expect them to step up and reach out to him,” Brian said. 9-1-1: Lone Star airs Mondays at 8 p.m. on FOX.