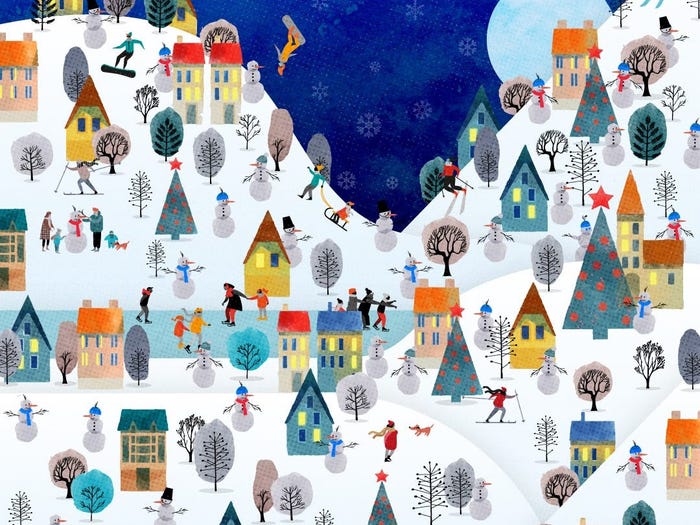 The holiday season is in full swing, and there's no better way to celebrate than with some challenging, festive puzzles.

Whether it's finding hidden Santas in a video conference call or spotting Rudolph in a sea of reindeer, these brainteasers will put you in the holiday spirit.

Try these nine puzzles that are stumping people on the internet this December.

Can you find Santa's hat in under a minute?

Holidaycottages.co.uk shared this brain-teasing puzzle that challenges readers to find Santa's hat somewhere on this present.

According to the company, it takes the average person just over 1 minute to find his holly jolly hat — see if you can find it.

It's somewhere on the left side.

Keep scrolling to see the answer.

Were you able to spot the hat without whipping out the magnifying glass? 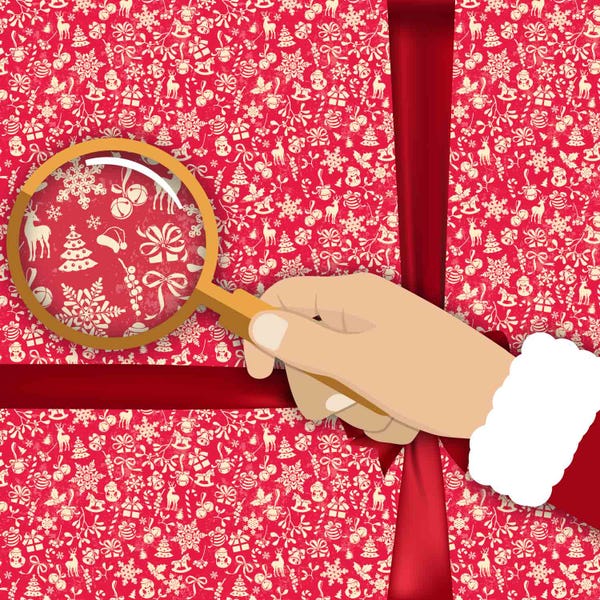 How long did it take you?

Can you spot the grumpy caroler in this puzzle? 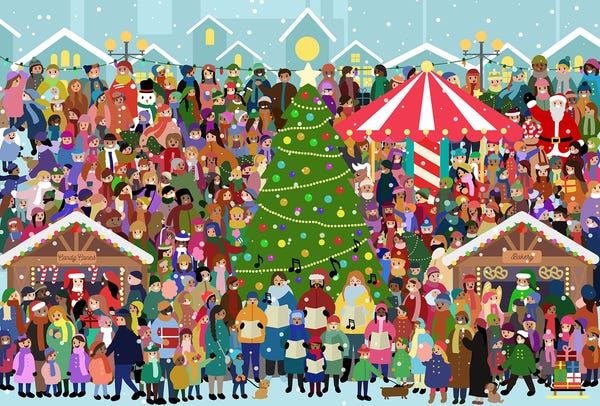 Rimmers Music created this image filled with Christmas carolers singing around a large Christmas tree, but hidden amongst the crowd is one angry caroler. According to the musical instrument company, it takes the average person 3 minutes to find the Scrooge in this image.

Think you can do better? Give it a try.

Can you find it?

The caroler is near the bakery.

Keep scrolling for the answer.

The Scrooge-like caroler was hiding next to the bakery. 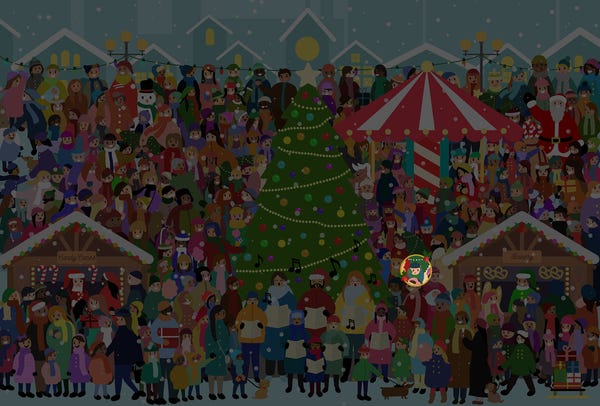 If you look closely, you can see he's the only one not singing and has a frown on his face.

There are many reindeer in this puzzle, but only one of them has a red nose. Can you spot Rudolph? 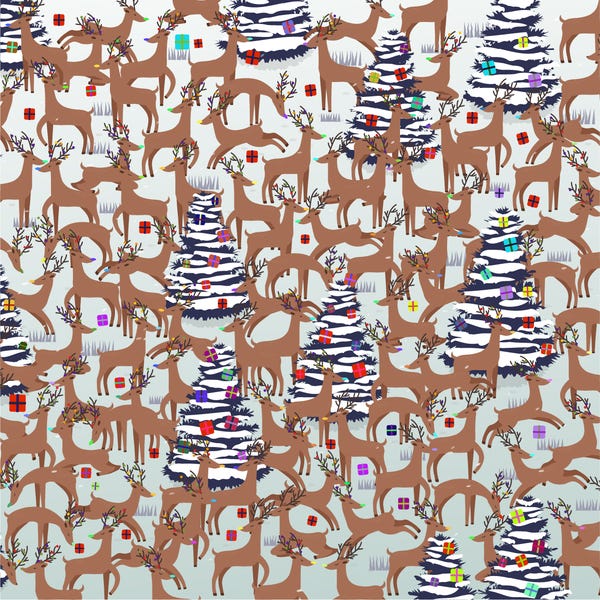 According to Savoo, it takes the average person 30 seconds to find the red-nosed reindeer in this puzzle. Think you can find him faster? Set a timer, and try it.

Where is he hiding?

The clock is ticking — have you found him yet?

If you need a hint, Rudolph is hiding at the bottom of the image.

Scroll down for the answer.

Rudolph was hiding at the bottom of the puzzle, eating some grass. 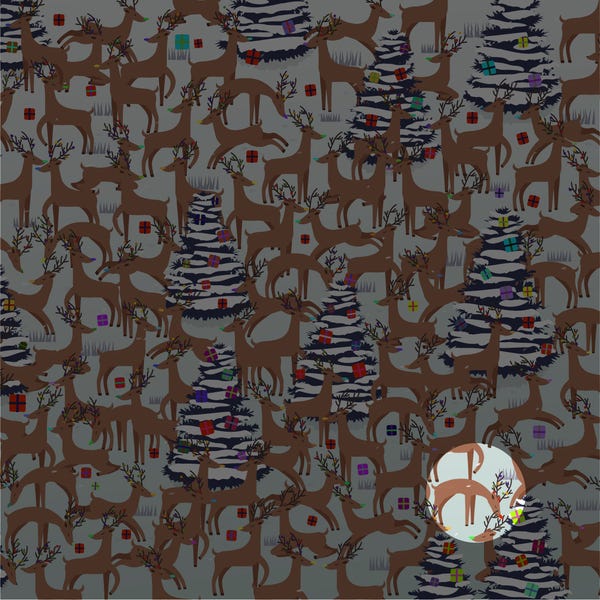 Since Rudolph didn't have a shiny or a glowing nose, it might have been difficult to find him, especially with the red gifts lying around.

Can you spot the elf hiding in this Christmas market?

There's an elf lurking around this market, but is it a naughty or nice one?

Can you find him?

He's near one of the Christmas trees.

There he is, hiding on top of one of the stall's roofs.

We hope he's helping out, not causing mischief.

Can you find the hidden Santa hat in under 35 seconds? 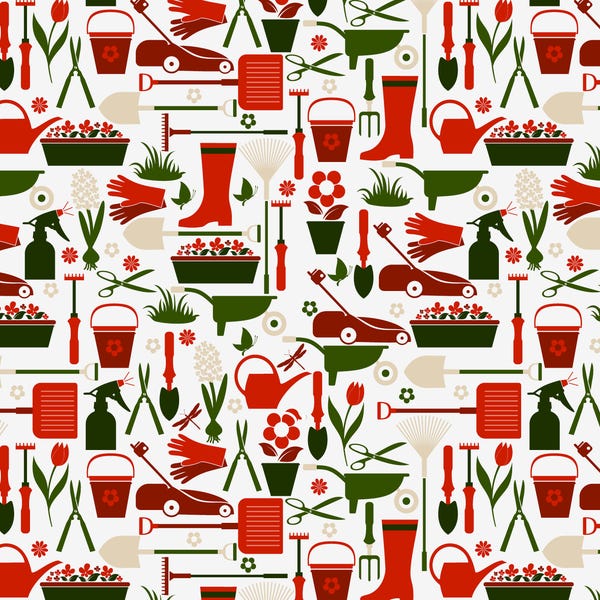 Ace Sheds created this brainteaser filled with garden tools to challenge readers to find a hidden Santa hat. The company said it takes the average person 35 seconds to spot it.

Where is the Santa hat located?

It's located in an unusual place.

If you can't spot it, scroll down for the answer.

The Santa hat was hiding on a flower the entire time. 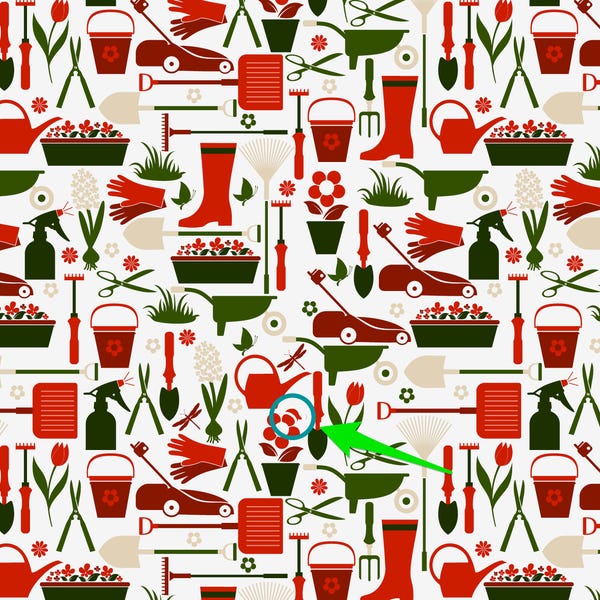 It might have been difficult to see the Santa hat with so many other red items around.

There's a star-shaped snowball somewhere among these snowflakes. 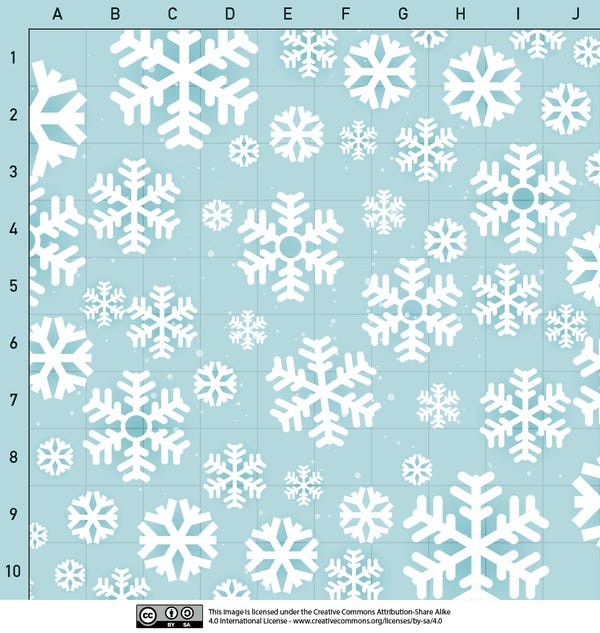 According to LeoVegas, this is an especially difficult brainteaser.

Over 85% of participants gave up on the puzzle before finding the special snowball.

Do you see it?

Keep scrolling to see where it could be …

We have to admit, this is a tricky one. 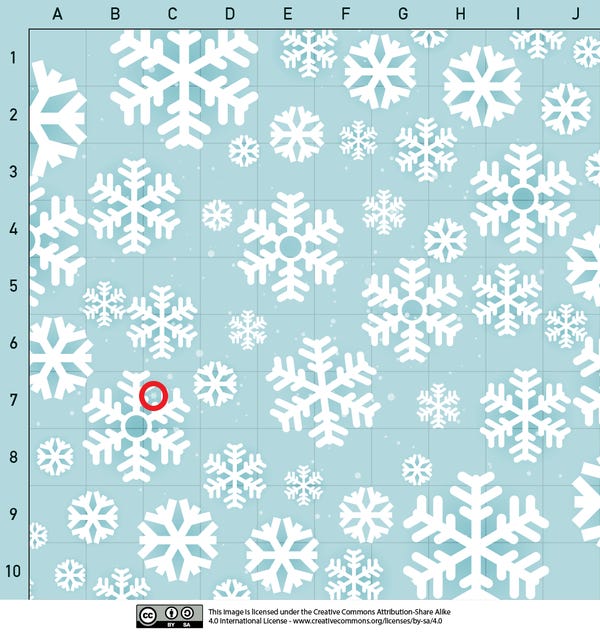 LeoVegas also shared this brainteaser — there's a snowman somewhere in this collection of fruit. 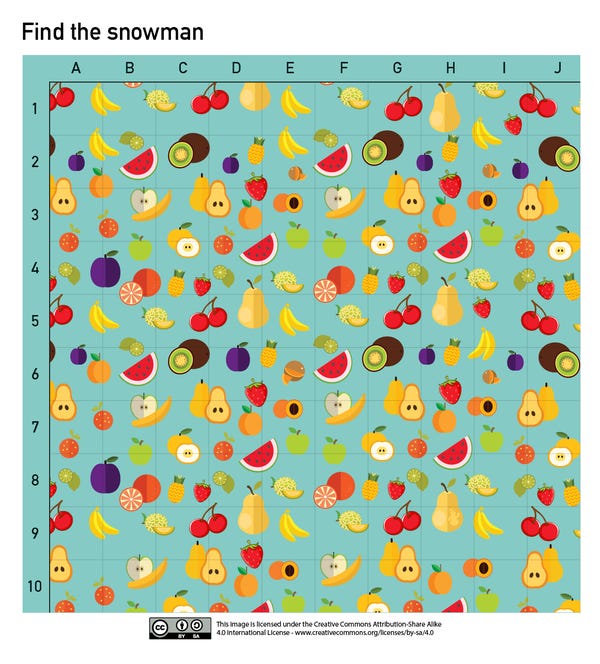 The snowman is blending in to his surroundings.

According to LeoVegas, the quickest solve time for this puzzle is 7 seconds — can you beat that time?

If you need a hint, here you go: He is on a yellow piece of fruit.

The next slide has the answer you're looking for.

The snowman is on one of the yellow pears. 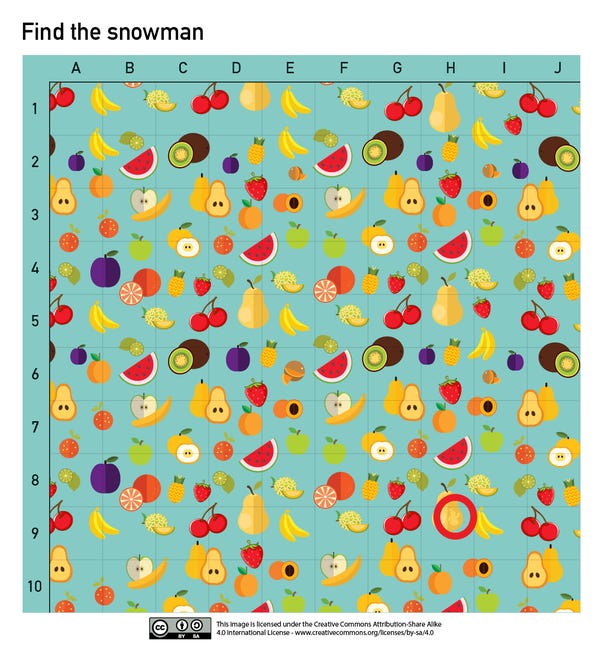 Was your time quicker than 7 seconds?

There's another snowman hiding in this image, but this time, he's robotic — can you find him? 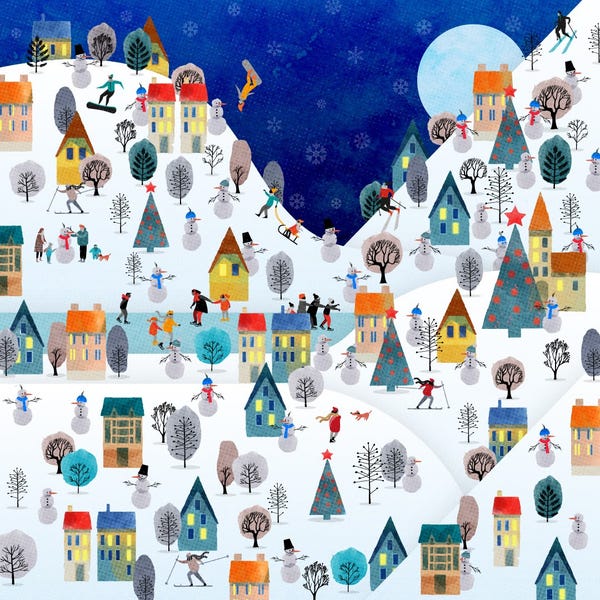 RS Components created this image of a snowy mountainside town. Hidden in the small town is a robot, but he may difficult find. Can you find him?

If you look closely, you may spot him.

The snowman in question seems to be wearing a blue hat.

Scroll to find out where he is hiding.

The robot snowman was hiding behind a large Christmas tree. 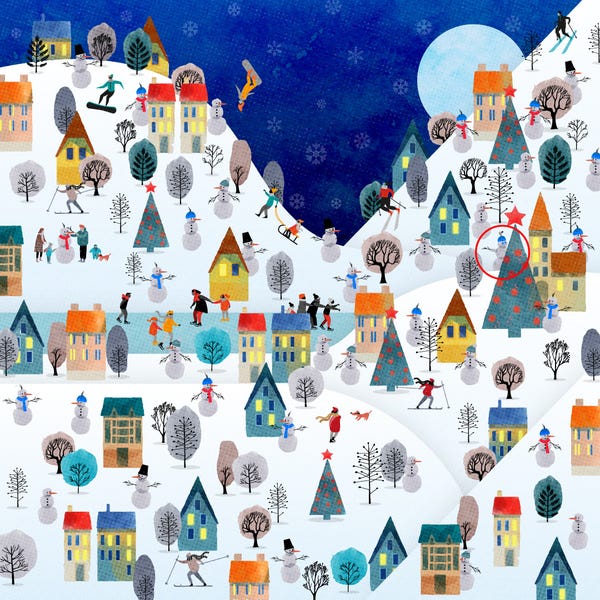 When you look closely, you can see that this snowman's eyes aren't like the rest, and he has an antenna on the top of his head.

How many Santas can you find hiding in this video conference call? 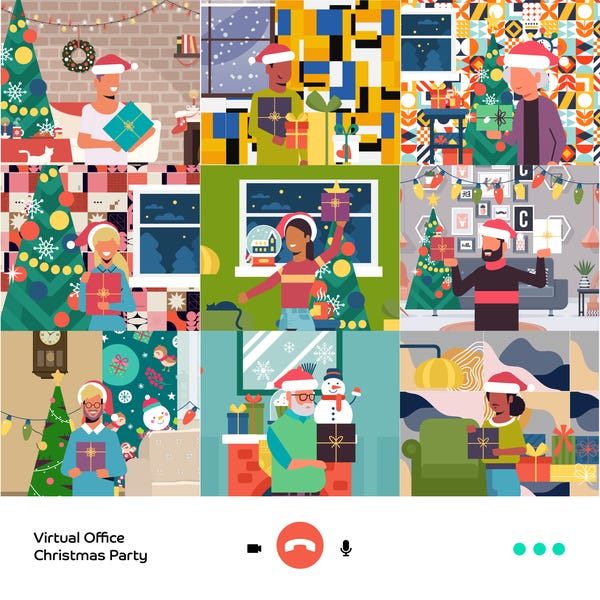 According to Rovva, there are seven Santas hiding in this virtual office Christmas party. Do you think you can spot all of them?

Remember, you have to look for seven hidden Santas — not just one.

Hint: Not every person on the call has a hidden Santa.

Keep scrolling for the answer.

Most of the people on the video call had Santas hidden in their backgrounds. 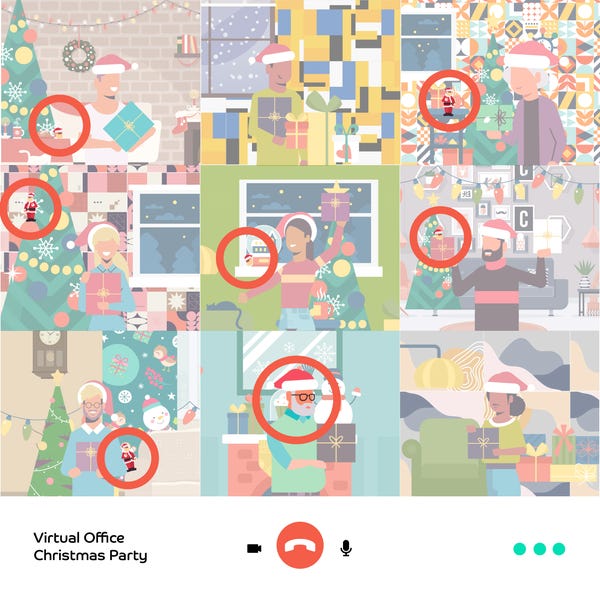 Perhaps the most difficult one to find was the life-size Santa hiding in plain sight.