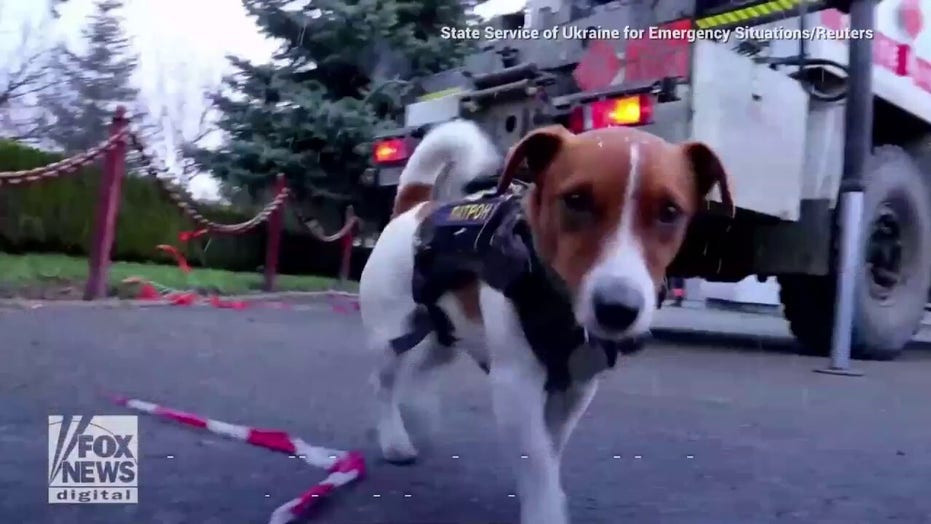 Hundreds of dogs were recently found dead at an animal shelter in Borodyanka, Ukraine, according to Ukraine animal rights organization, UAnimals.

More than 300 dogs appeared to have starved to death, having been left locked in their cages and other enclosures without food or water, according to a Facebook post from UAnimals.

“All those responsible for the destruction of more than 300 lives lost must be punished.”

“A few days ago we were shocked by the terrible news — more than 300 dogs died in the Borodyanka animal shelter,” a translation of the Facebook post said.

“All of them died of hunger and thirst,” the post continued.

“Volunteers who managed to reach the four-legged after the liberation of the village saved only a third of the shelter’s residents, most of whom are now in critical condition for treatment.” 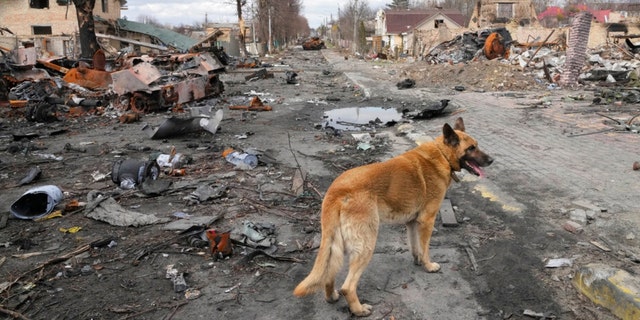 A dog runs by destroyed houses and Russian military vehicles during a recent battle in Bucha close to Kyiv, Ukraine, on Monday, Apr. 4, 2022.
(AP Photo/Efrem Lukatsky)

Volunteers took the surviving dogs to a clinic, though some died on the way, according to UAnimals.

“The shelter suffered from the war, but the animals did not die from shelling and bombing,” the translated Facebook post said.

“They died a horrible death without food and water, locked in their cages.” 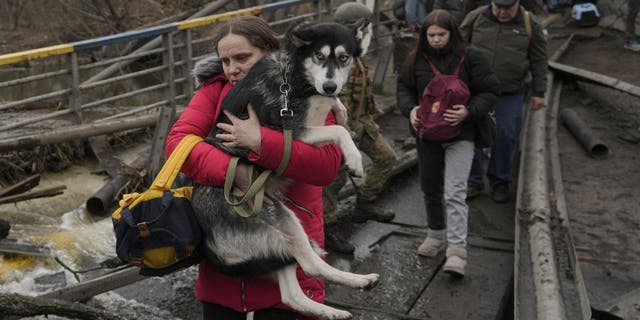 A woman carries a dog while crossing the Irpin River on an improvised pathway under a damaged bridge as people flee the town of Irpin, Ukraine.
(AP Photo/Vadim Ghirda)

UAnimals said that the animals had been left behind in early March.

“We must bring to justice everyone who kept silent and contributed to the tragedy at the Borodyanka Asylum,” the post added.