Jenny Slate has been making people smile for years, thanks to her roles in movies like Obvious Child and TV shows like Parks and Recreation and Big Mouth. But, the comedian has finally been given a moment for audiences to get to know her, without the veil of a character in front of her. In her Netflix special Stage Fright, Slate is completely and unabashedly herself, which is exactly what make it such a treat to watch. In fact, these 20 moments from Jenny Slate’s first Netflix special are so relatable and make me truly want to be her best friend.

Stage Fright isn’t your average comedy special. While most comedians simply film themselves performing stand-up for a comedy special, in Stage Fright Slate offers the audience an unfiltered look at her life through both her jokes and a documentary film involving her family. Her stand-up performance is intercut with interviews and real-life snapshots of Slate of interacting with her parents, sisters, and grandmothers. She also spends time exploring her childhood room and contemplating her own neuroses. The result is a candid and heartfelt portrait of Slate, silly flaws and all. It gives audience more insight into what makes Slate so funny, and it’s filled with relatable moments.

1. When She Showed a Home Movie of Her Playing the Violin as a Kid

Is there anything more relatable than home videos? Slate’s special is full of them, and it kicks off with an adorable video of her younger self performing an adorable violin solo. It gave me immense flashbacks to my own middle school orchestra days.

2. When She Was Out of Breath From Dancing

Slate dances onto the stage at the start of her special, and she dances hard. She dances so hard that she ends up out of breath, and who among us hasn’t been there before?

3. When She Said She’s Her Own Biggest Fan 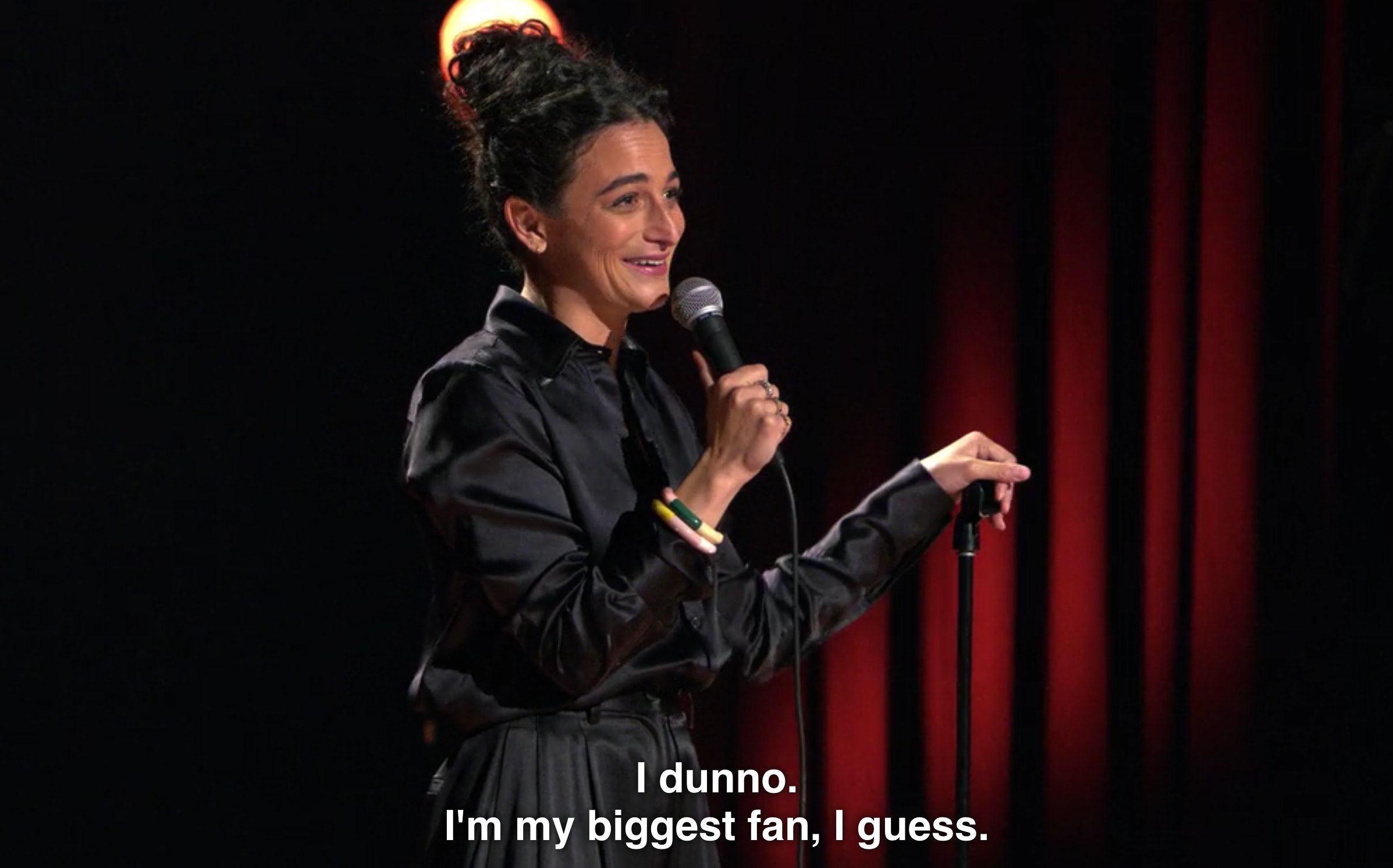 I love a good self-confidence moment. Slate laughing at her own joke and calling herself her own biggest fan is contagiously happy.

4. When She Tried to Explain Netflix to Her Parents

One thing that is a universal truth is that the younger generation will always need to explain technology to the older generation. That’s what Slate has to do for her parents when they ask her for her Netflix password.

5. When She Felt Anxiety About Her Name

Slate has a joke in which she imagines what her life would be like if she had a less silly name, like “Susan,” and the way she pretends to be “Susan” is priceless.

6. When She Read the Poetry She Wrote on Her Closet Wall as a Teen 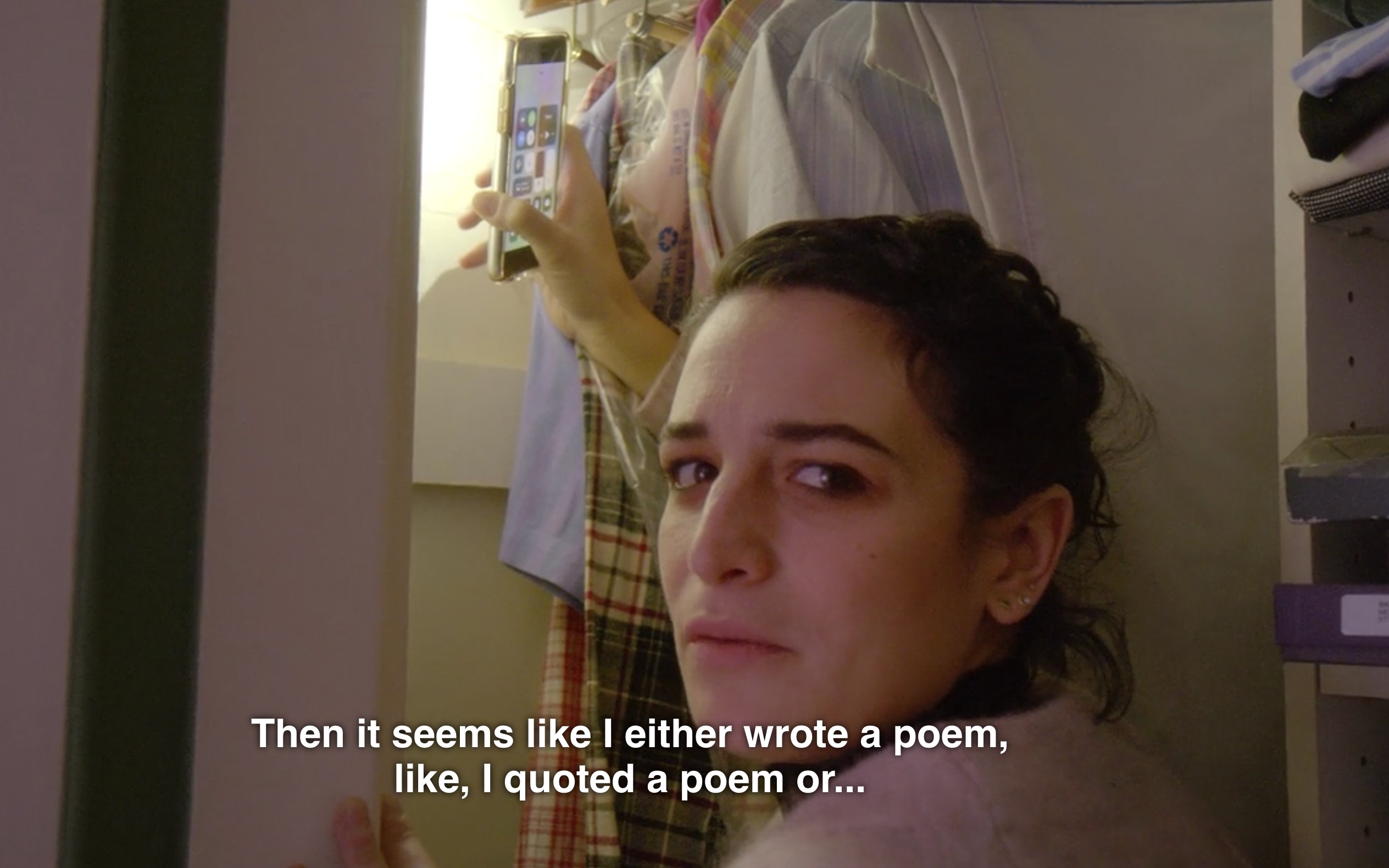 Slate’s entire tour of her childhood room is so real, especially when she examines the sad poetry written on the walls of her closet.

7. When She Did Her Impression of Her Nana

Slate’s grandparents sound like the most adorable people in the world, and her impression of her grandmother telling her she’s "good" is a true highlight.

8. When She Called Herself a "Turtleneck as a Person" 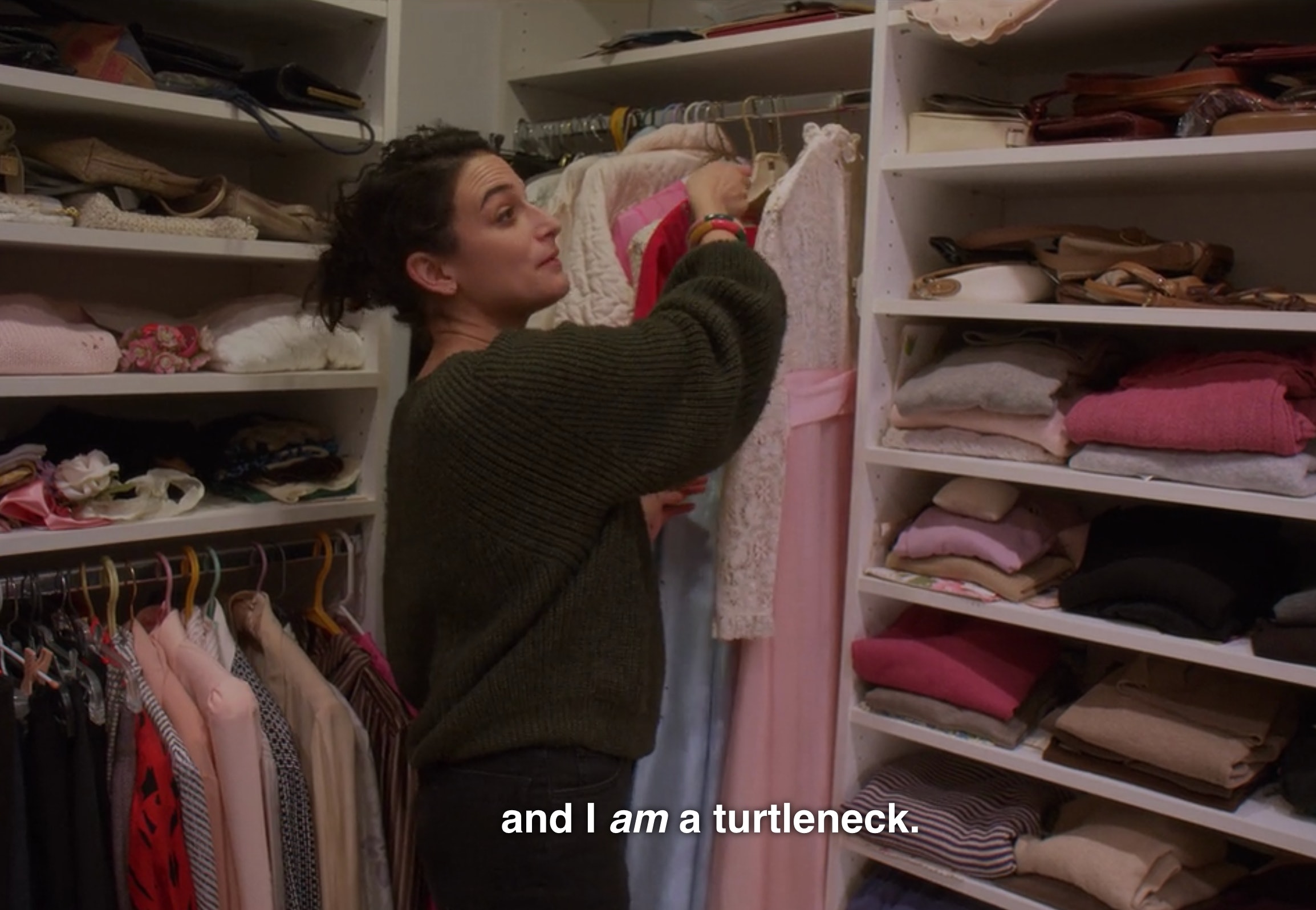 I never thought to describe a person as a turtleneck before, but now that Slate has introduced the analogy into my life I’m never turning back.

9. When She Tried On Her Nana’s Dresses

Slate tries on her Nana’s old dresses and models them in the bathroom for her mom, which is definitely a situation I’ve been in before.

10. When She Explained How She Gets Too Excited to Sleep

Slate is an eternal optimist and apparently her excitement keeps her from falling asleep often.

11. When She Picked Her Wedgie On Stage

Everybody gets wedgies, even comedians recording Netflix specials.

12. When She Talked About Getting A Time Out During Hanukkah

Slate’s Jewishness is a big part of her identity and so she talks about it a lot during the special. One of the best Jewish stories comes when she reminisces with her sisters about the time their mom punished Slate during Hanukkah by locking her outside.

13. When She Explained That Her Parents’ House is Full of Ghosts

Ghost stories are almost always a part of growing up, and they were a very big part of Slate’s childhood in her parents’ (apparently haunted) house. “What would I be like if I were one of those people who grew up in a house without ghosts?” she asks her dad.

14. When She Explained Going Through Puberty Late 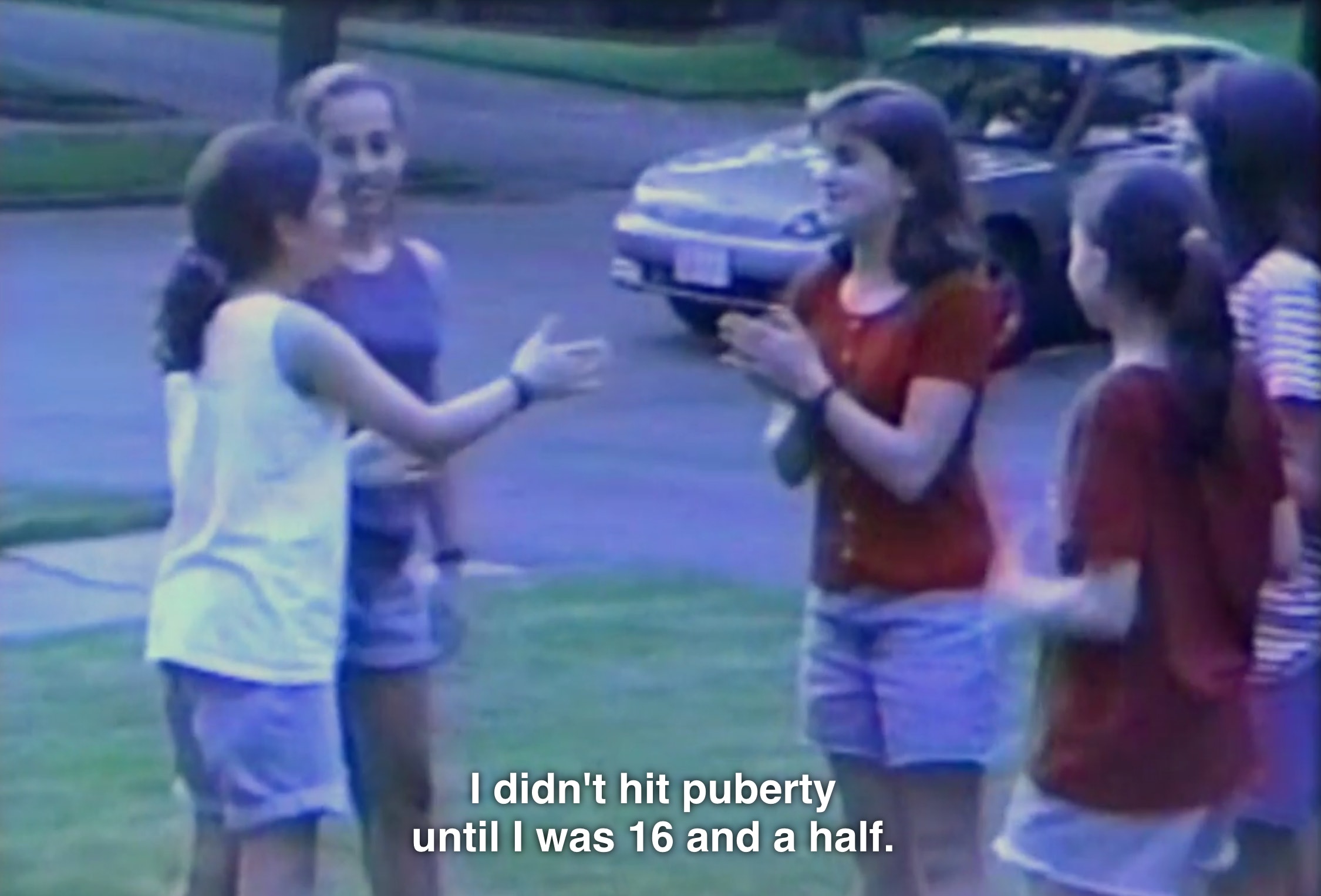 Puberty is a tough time for everyone, and Slate regales her audience with all the horrors of her late puberty.

15. When She Went Through Her Box of Things That Made Her Mad

"There’s a lot of loneliness in here," Slate says as she sorts through a box of "things that made her mad" as a teen. She find a note about a guy named Mike who made her mad, but she has no memory of who Mike was.

16. When She Described Wanting to Be Friends With TLC as a Teen

Slate explains that she didn’t have a lot of friends growing up. So to compensate she dressed like a member of the band TLC and imagined herself as one of them. Who hasn’t imagined a celebrity as their best friend?

17. When She Imagined Super Sweet and Gentle Football Players

Slate’s idea of football sounds so much better than the real thing. She explained that she likes the sport because she imagines football players as sweet and gentle men who "rush after the toy" together.

18. When She Talked About Her Stage Fright 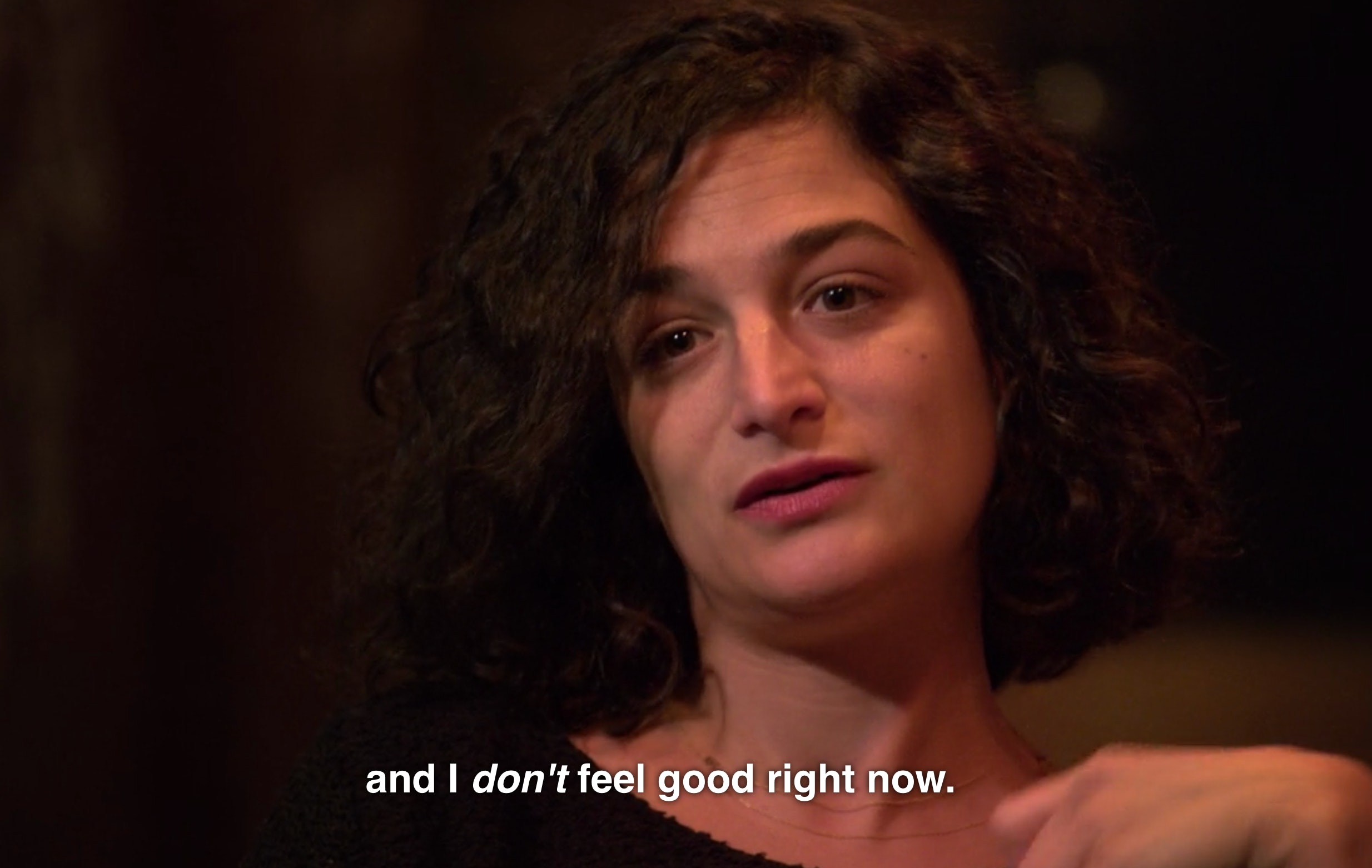 One of Slate’s most vulnerable moments is when she talks about her insecurities and her stage fright. She says, "Right before I go on stage I am presented with this essential question, which is, ‘Will they like me?’ And I know that they will once I start to talk. But I don’t earn the love unless I give something beautiful.”

19. When She Told the Story About The Blind Date Who Showed Up in Knight’s Armor

Everybody has a bad story, but Slate’s might take the cake. She tells a story about a blind date who showed up in full body armor, which she called "a real knightmare."

20. When She Danced With a Blanket in Her Parents’ House 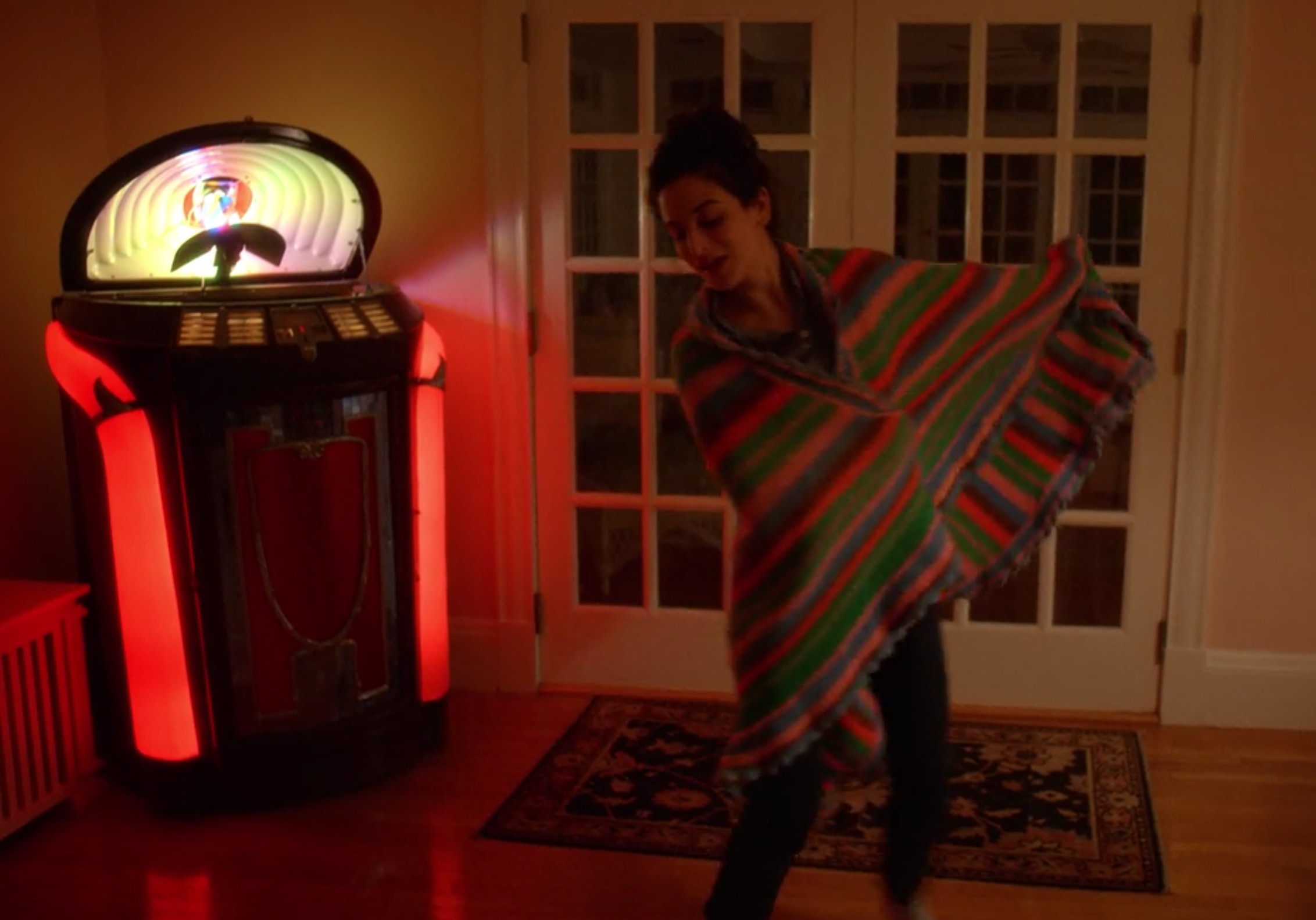 The entire special ends with Slate dancing in her parents’ house with a blanket wrapped around her. It’s silly and sweet, which perfectly encapsulates Slate.

You can watch Stage Fright on Netflix now.