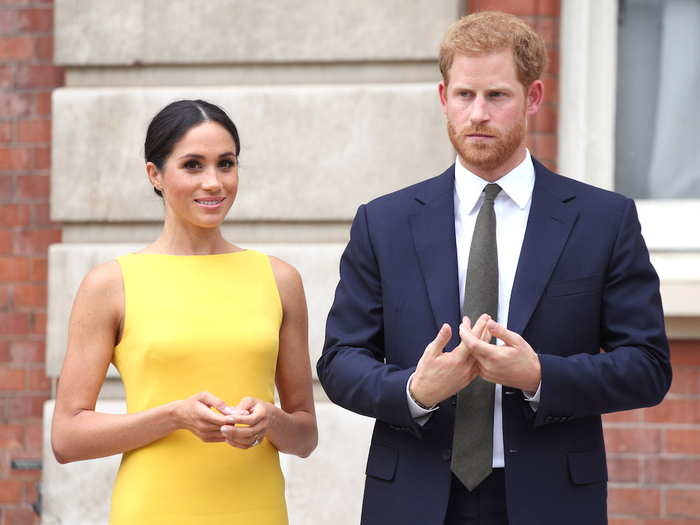 1. Prince Harry once said that nobody in the royal family wanted to be king or queen. 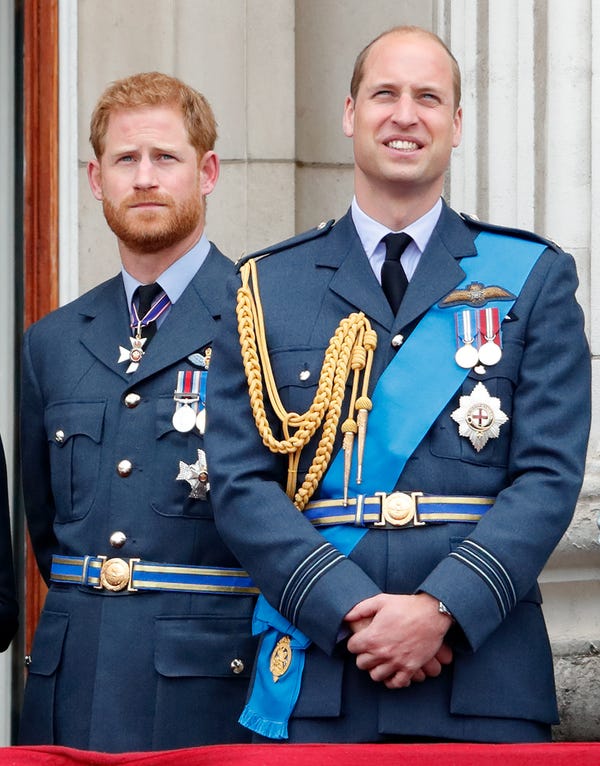 In an interview with Newsweek magazine back in 2017, Prince Harry implied that he did not enjoy being part of the royal family, with the statement: "We are involved in modernizing the British monarchy. We are not doing this for ourselves but for the greater good of the people."

He added: "Is there any one of the royal family who wants to be king or queen? I don't think so, but we will carry out our duties at the right time."

His seeming resentment for his role can even be traced as far back as his childhood.

"And in the end, Harry said: 'You'll be king one day, I won't. Therefore I can do what I want!'" Wharfe said, according to the Express.

2. Harry and Meghan didn't give their son Archie a royal title. 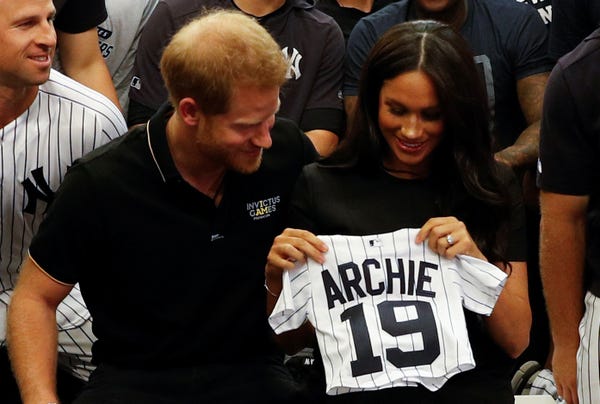 When Archie Harrison Mountbatten-Windsor was born in May 2019, the couple made the decision not to give their son a courtesy title.

"The Duke and Duchess of Sussex wanted their son to be as normal as possible to begin with, hence no use of the title Earl of Dumbarton," explained royal commentator Richard Fitzwilliams at the time.

Unlike with other royal babies, such as Prince William's children, Harry and Markle kept the details surrounding Archie's birth private.

For instance, they broke from tradition and decided not to take part in the post-birth photocall on the hospital steps. Instead, they held a private photocall in Windsor Castle a few days later.

The couple also chose to keep the location of Archie's birth, his christening service, and godparents private.

3. Harry implied that Archie wouldn't grow up with the royal family when speaking with Jane Goodall in the summer of 2019. 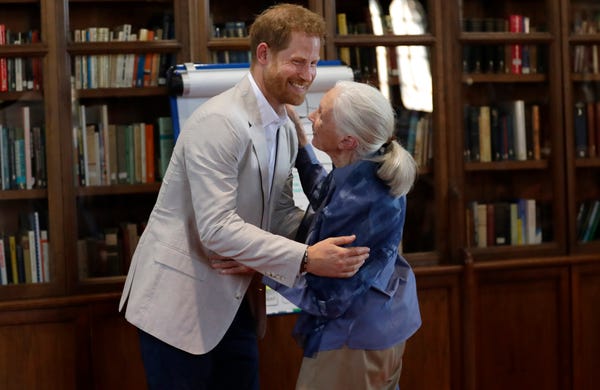 Dr. Goodall recalled her visit to Harry and Markle's home in the summer of 2019, where Harry suggested Archie's upbringing wouldn't be a royal one.

"At the end [of the conversation] Meghan came in to listen with Archie," Dr. Goodall told the Daily Mail's Weekend Magazine, as cited by People.

Dr. Goodall added that she got Archie to "do the Queen's wave."

"I suppose he'll have to learn this," Goodall said she told Harry at the time.

"Harry said, 'No, he's not growing up like that,'" she recalled.

4. They split from Kate and William's Royal Foundation to create their own charity. 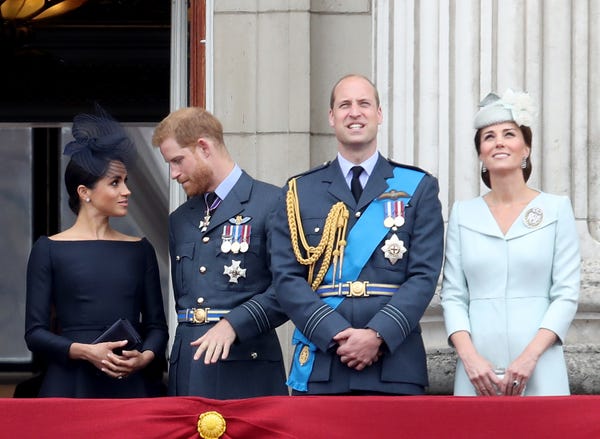 Markle and Harry officially resigned from The Royal Foundation — the charity Harry started with the Duke of Cambridge in 2009 — back in June.

"The Duke and Duchess of Sussex will establish their own new charitable foundation with transitional operating support from The Royal Foundation," Kensington Palace said in a statement.

In January 2020, the couple's Instagram statement announcing the departure from their senior roles hinted that the launch of their new charity could play a part in this.

"We now plan to balance our time between the United Kingdom and North America, continuing to honor our duty to The Queen, the Commonwealth, and our patronages," the couple said.

"This geographic balance will enable us to raise our son with an appreciation for the royal tradition into which he was born, while also providing our family with the space to focus on the next chapter, including the launch of our new charitable entity," they added.

The couple later announced the charity will be named Archewell — after their son Archie — after the Queen blocked them from using their original name, Sussex Royal.

"Before SussexRoyal, came the idea of 'Arche' — the Greek word meaning 'source of action.' We connected to this concept for the charitable organization we hoped to build one day, and it became the inspiration for our son's name," a spokesperson for the couple told Insider.

"To do something of meaning, to do something that matters. Archewell is a name that combines an ancient word for strength and action, and another that evokes the deep resources we each must draw upon. We look forward to launching Archewell when the time is right," they added.

5. There were rumors of a rift between the couple and the rest of the family for quite some time. 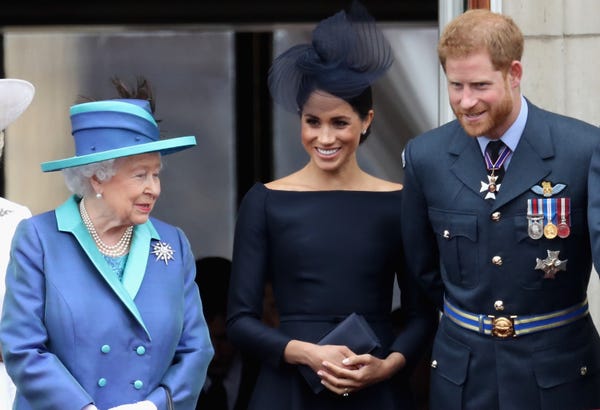 Harry first addressed rumors of a rift with his brother, Prince William, in an ITV documentary about his and Markle's tour of Africa that aired in October.

A source told People magazine that the couple's documentary had not affected their relationship with the family, as they had already been drifting apart before it aired.

"There hasn't been this complete 180," the source said. "Nothing has changed. They don't speak. No one is checking in. No one is texting."

6. Markle admitted she was struggling with royal life in the same documentary. 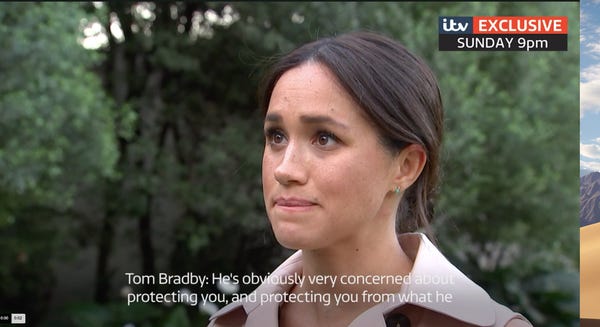 In the ITV documentary, Markle told the interviewer, Tom Bradby, that things had become particularly difficult since giving birth to her son, Archie, in May.

When asked how the increased media attention had affected her physical and mental health, Markle said: "Look, any woman, especially when they're pregnant, you're really vulnerable, and so that was made really challenging. And then when you have a newborn, you know?"

She added: "Also, thank you for asking because not many people have asked if I'm OK. But it's a very real thing to be going through behind the scenes."

To this, Bradby asked: "And the answer is, would it be fair to say, not really OK? As in it's really been a struggle?"

7. Markle said friends had warned her not to marry Prince Harry, "because the British tabloids will destroy your life." 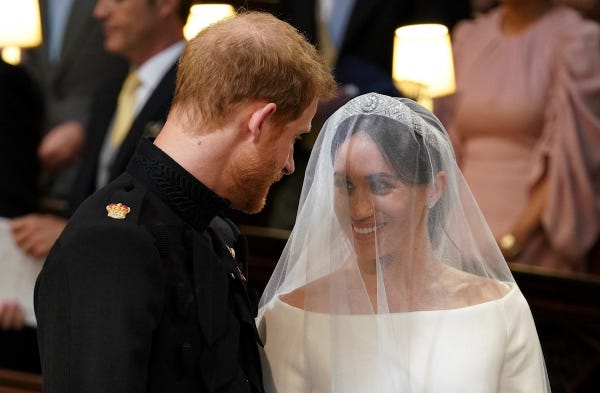 In the same interview, Markle went into detail about how her views on the British press had changed since becoming a royal.

"It's hard. I don't think anyone can understand that, but in all fairness, I had no idea, which sounds difficult to understand here," she said. "But when I first met my now-husband, my friends were really happy because I was so happy. But my British friends said to me, 'I'm sure he's great, but you shouldn't do it, because the British tabloids will destroy your life.'"

Markle added that she didn't believe them at first. "What are you talking about?" she said, "That doesn't make any sense. I'm not in tabloids. I didn't get it."

8. Prince Harry said he couldn't look at a camera flash without thinking of his mother's death. 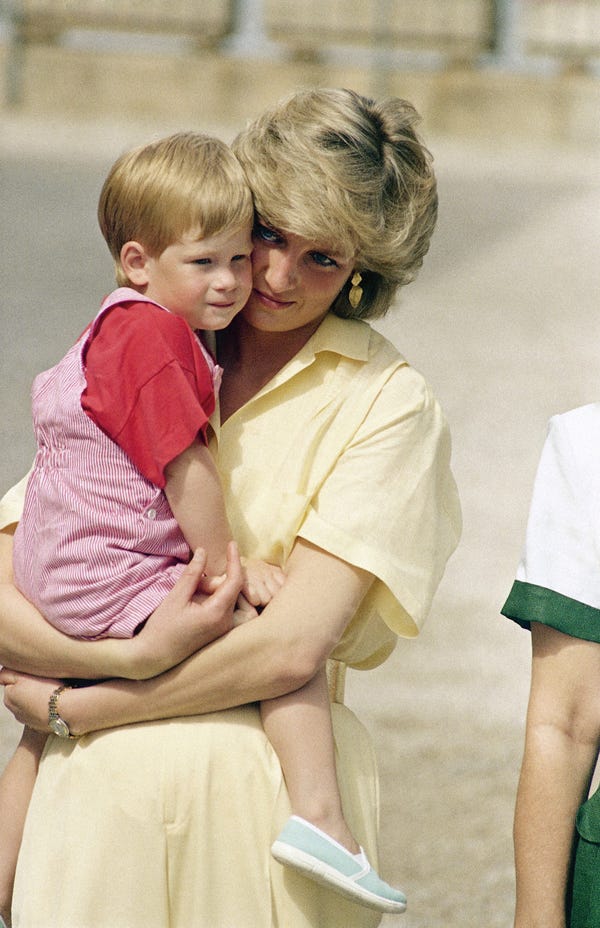 During Harry's interview with Tom Bradby, he described the memory of Princess Diana's death as "a wound that festers."

He added: "But as I said, with the role, with the job, and the sort of pressures that come with that, I get reminded of the bad stuff, unfortunately."

9. The couple's plan to create their own brand outside of the royal family could have been in the works for a while. 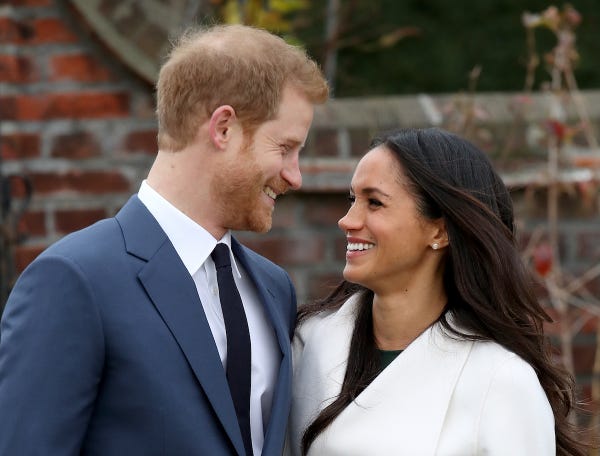 Years before she set foot in Buckingham Palace, Markle — then a TV actress on legal drama "Suits" — was an advocate for women's rights. She worked with the UN, World Vision, and many other charities to help spread awareness of gender inequality in developing countries.

Although being a royal has undoubtedly widened Markle's platform, she developed brand Sussex by using her "celebrity status rather than her royal status," according to royal commentator Richard Fitzwilliams.

Before even meeting Harry, Markle sustained powerful connections and forged friendships in Hollywood, from the likes of George and Amal Clooney to tennis champion Serena Williams.

Oprah, who attended Harry and Markle's wedding and stood up for Markle after she was badmouthed in the press, announced in 2019 that she would be co-producing a mental health documentary series with Prince Harry for Apple.

10. The couple's new media regulations show they have issues with how the royal family deals with the press. 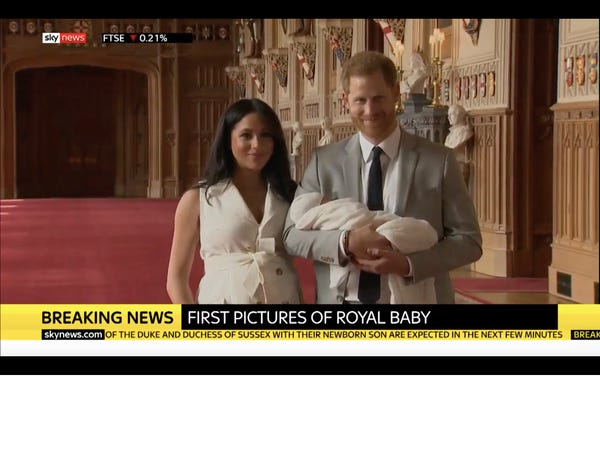 The Duke and Duchess of Sussex have announced that, as part of their "step back" from the royal family, they will no longer be cooperating with the "royal rota."

This is a system that allows a rotation of royal reporters from British newspapers to attend and report on the royal family's engagements.

The UK outlets involved in this system include the Daily Express, the Daily Mail, the Daily Mirror, the Evening Standard, The Telegraph, The Times of London, and The Sun.

Writing on their website about the reason behind the change, they said that they "believe in a free, strong and open media industry, which upholds accuracy and fosters inclusivity, diversity, and tolerance."

This comes as the British press has been accused of writing racist articles about the duchess. Prince Harry even acknowledged this when the couple first started dating, calling out the "racial undertones of comment pieces" in an emotional statement.

11. The couple's six-week trip to Canada was a trial run for their new life abroad. 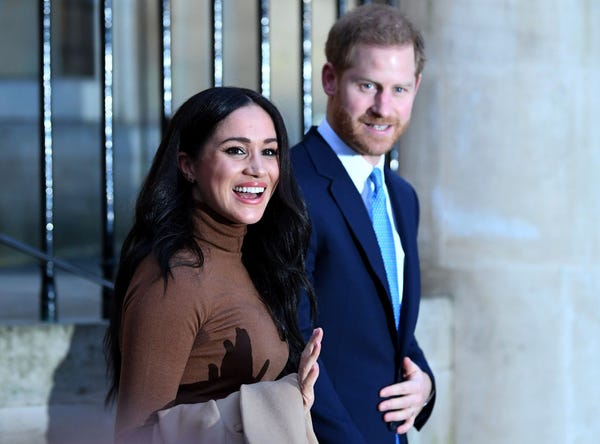 After the couple spent a six-week break on Vancouver Island over the Thanksgiving and Christmas period, Markle returned to the UK for just a few days before heading back to Canada.

The couple's plans to spend time in Canada were leaked by The Sun before they even announced their initial wishes to step down as senior royals.

The couple lived on Vancouver Island for four months, before moving to California and buying their first home together in Santa Barbara last year.