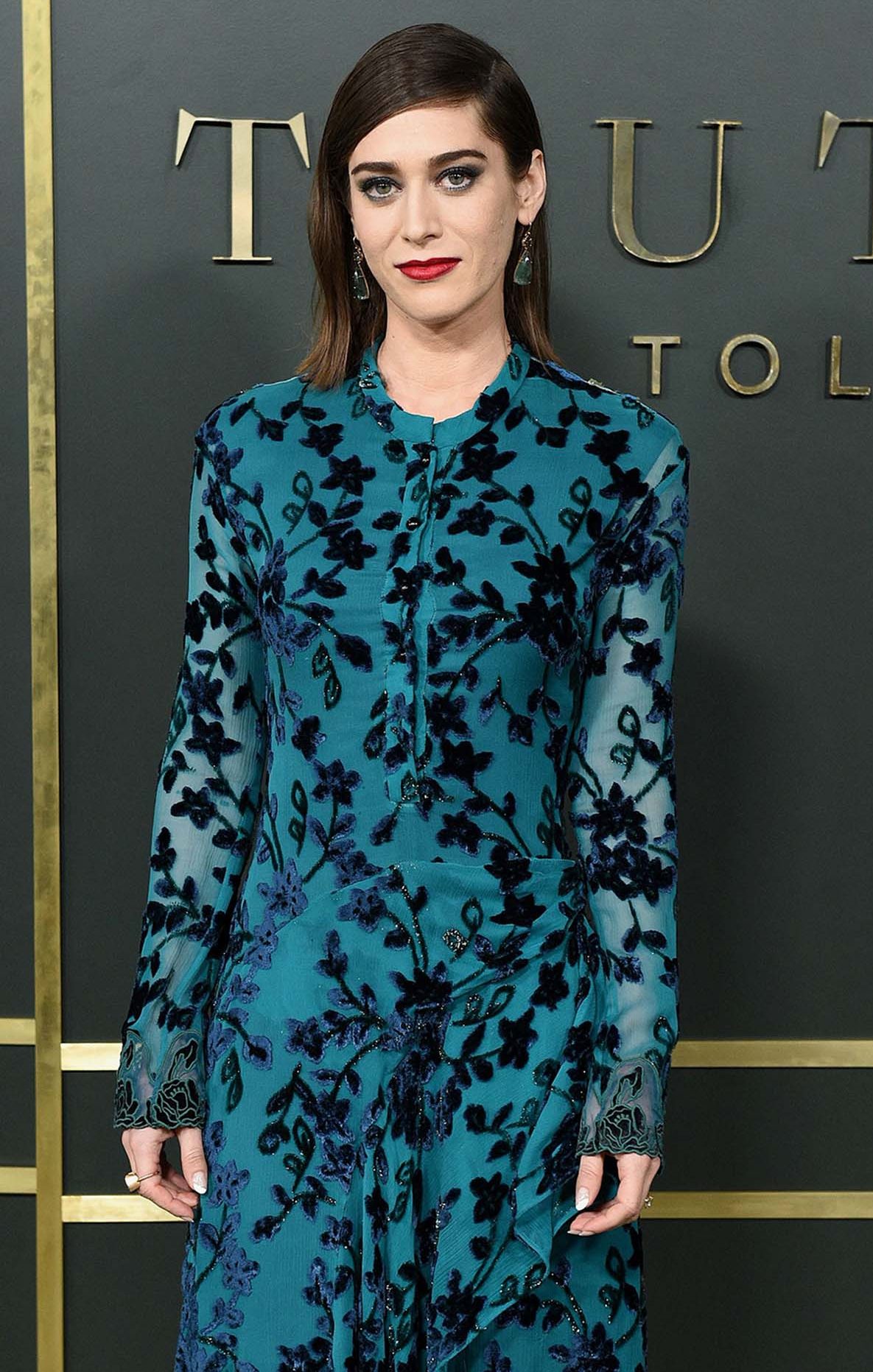 Happy as can be! Lizzy Caplan gave a rare update on her family after welcoming her son, Alfie, in 2021.

“Motherhood’s good stuff,” Caplan, 40, told GRAZIA USA in an article published on Monday, November 28. “Highly recommend. 10 out of 10 would recommend.”

The Mean Girls actress, who shares Alfie with husband Tom Riley, noted that she finds herself grinning from ear to ear when her little one hits another milestone.

So Fetch! See What the ‘Mean Girls’ Cast Is Up to Now

“There are moments where you’re just watching this little person do a thing and you’re just beaming at him and you don’t even realize you’re beaming until maybe you see a picture of yourself watching him do this thing and you realize, ‘Oh my, I’m smiling so much right now,’” Caplan explained. “I was smiling without being totally aware that I’m smiling — it’s like this unrivaled pure joy.”

The Masters of Sex alum opened up about why she and the British actor, 41, waited to have a child, revealing that they knew when it was the right time for them.

“We got a lot of life in before we had a kid, so we were both very ready to do this,” she said. “And it’s just so much more mind-blowing and better than you could imagine before actually going through with it. That’s been our experience.”

Caplan, who called her husband the “father of the century,” gushed over life with Riley and Alfie — and explained why she and the Dark Heart actor make a perfect parenting match.

Famous Fathers Who Had Kids Late in Life

“The division of labor can really fall to the woman in the majority of cases. I definitely could not have worked as much as I’ve worked this year if I didn’t have this partnership with my husband,” the Emmy nominee confessed. “But also, it just wouldn’t be as fun if we weren’t sharing all of it 50-50. We’re pretty good at seeing the funny in stressful situations. I do feel very, very lucky.”

Caplan — who filmed Fleishman Is in Trouble and the upcoming Fatal Attraction series just months after welcoming her son — pointed out that raising Alfie doesn’t leave a lot of time for any additional passion projects.

“I have no hobbies; my hobby is him,” she told the outlet, joking that she has “no time for anything.”

Us Weekly confirmed in September 2017 that the Castle Rock alum married Riley in Italy. They welcomed Alfie four years later.