Anna and Lucy, 33, bizarrely revealed they had sex with long-term love Ben Byrne, 34, in front of one another while discussing their lives on Australian TV show, Hughesy, We Have a Problem. 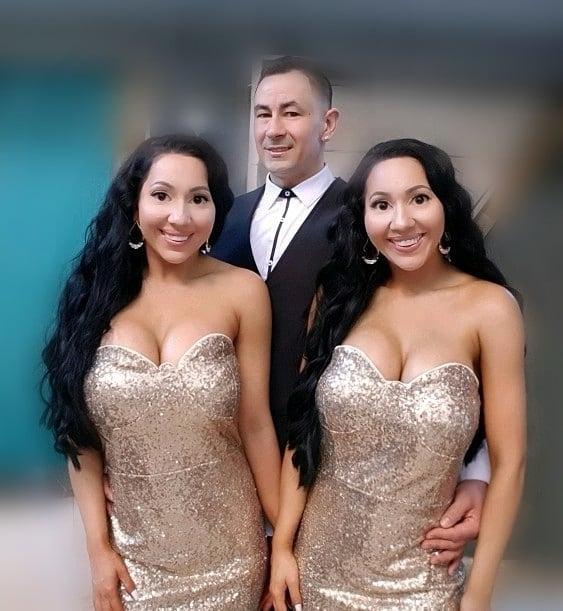 The twins, who often speak at the same time, explained how mechanic Ben lived with them and their mum in Perth, Western Australia.

Their mum is supportive of their relationship with Ben and "always takes his side," they said, going into details of their very unusual lives.

"It's a separate king-size bed, bigger than a king-size – about an inch bigger," one of the twins said, describing the bed for three. "Maybe six inches bigger."

The twins then explained Ben sleeps in the middle, holding their hands. 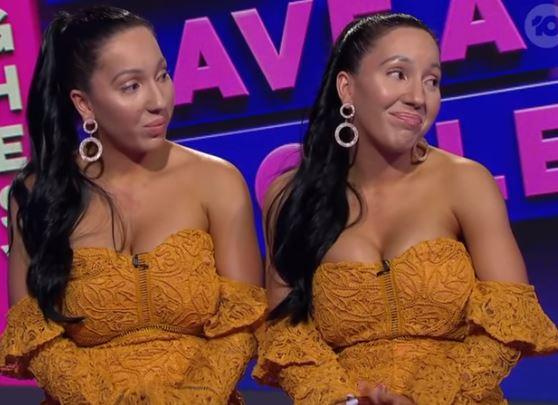 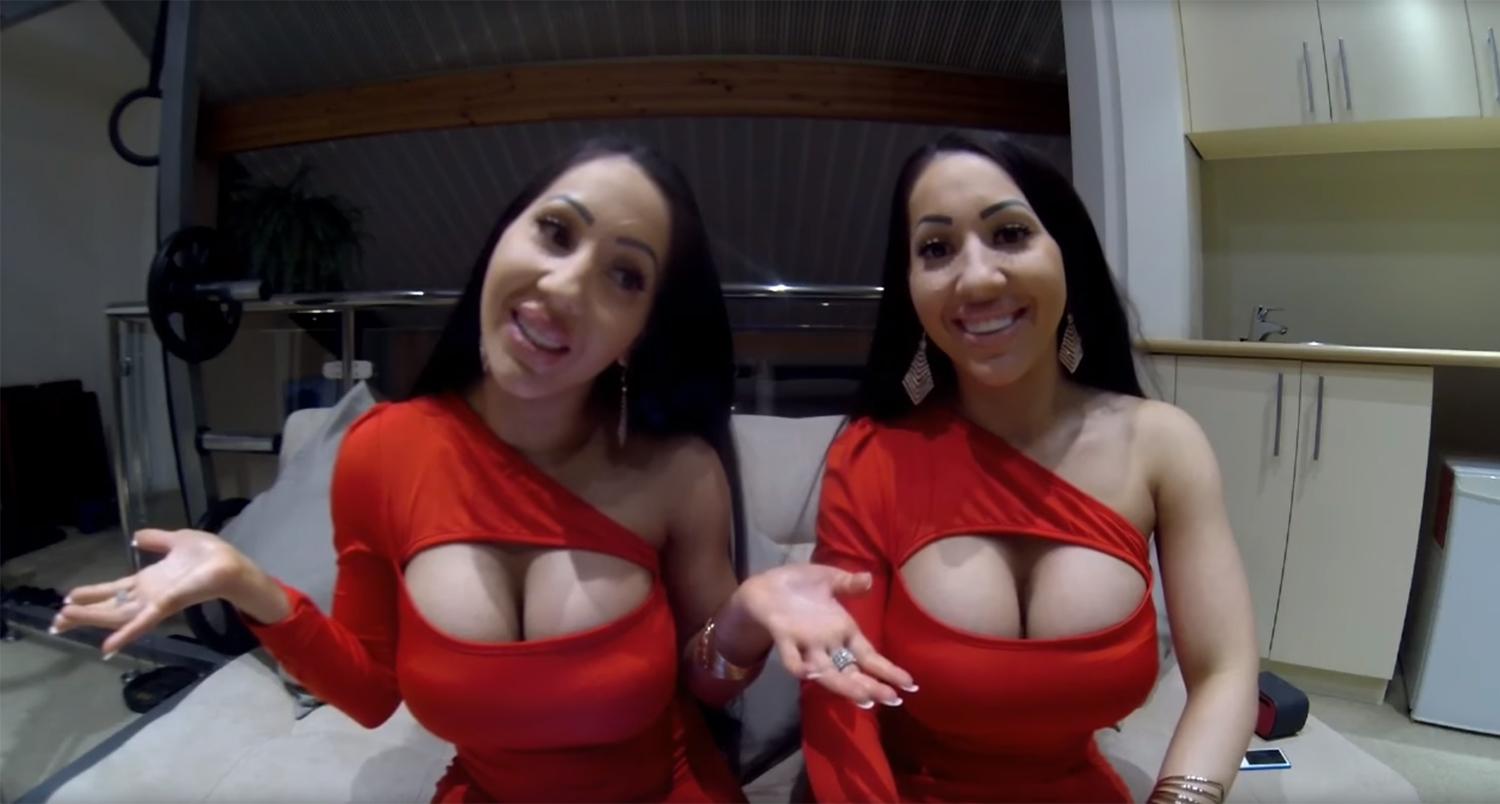 "If we are watching a film he will hold our hands," one of them says. "It's beautiful."

Asked if they are all in the bed when they are having sex, one of the twins said: "Yes, that's it. That's all we're saying. We're never apart."

If Ben kissed Anna he will kiss me.

Hughesey asks if Ben might have sex with one of the twins if the other was asleep.

"That would never happen," Lucy said. "There's no jealousy in the relationship. If Ben kissed Anna he will kiss me.

"It doesn't matter who goes first." 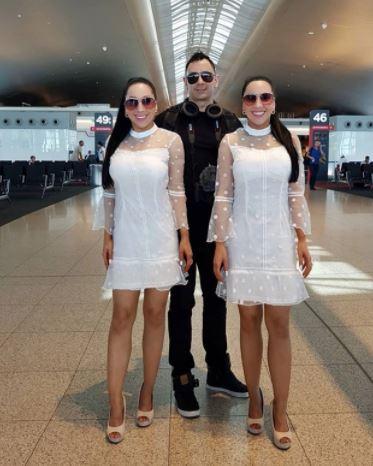 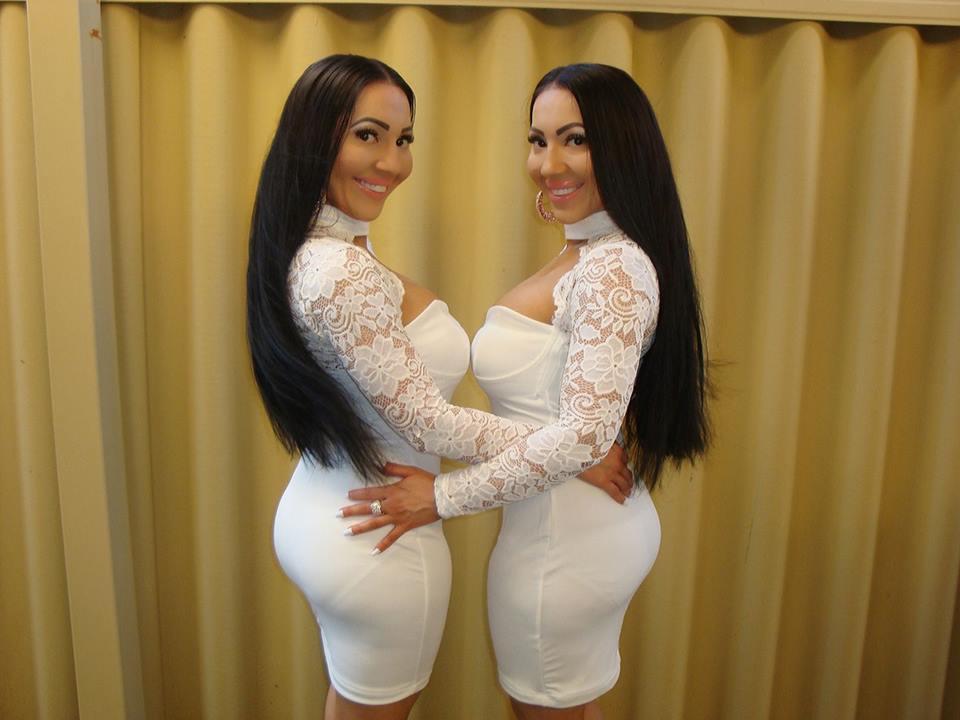 "It's what works for us.  It's so much easier to share a partner," she added.

"We never do anything apart. We've never watched a movie apart. We go to the toilet at the same time. We eat and drink the same. We shower together. 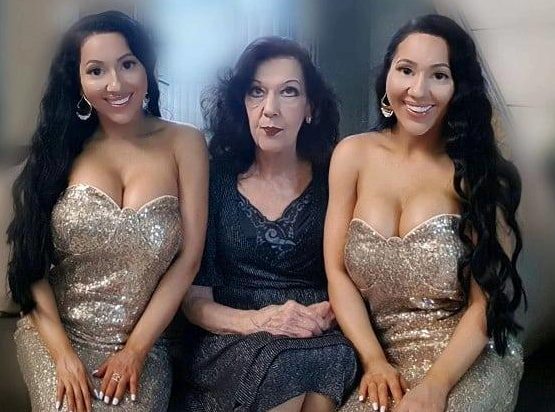 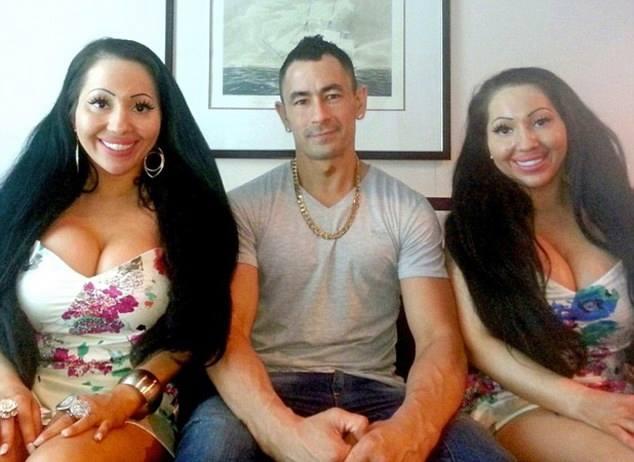 Ben is also a non-identical twin but his brother has a girlfriend – just the one.

"We would like to marry him one day but the law in Australia says we can't," the twins explained.

"It's been eight years now and we would like to celebrate."

And the sisters told how they would want to be pregnant at the same time.

"We would need to be pregnant together," they admitted, adding Ben was supportive of their desire to marry him. 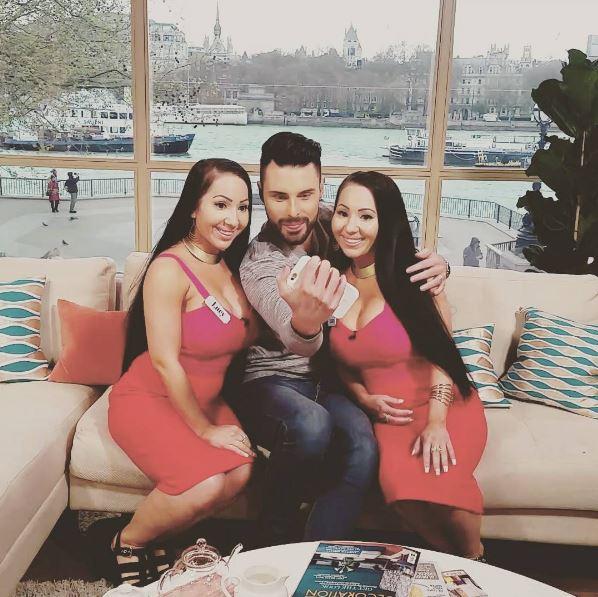 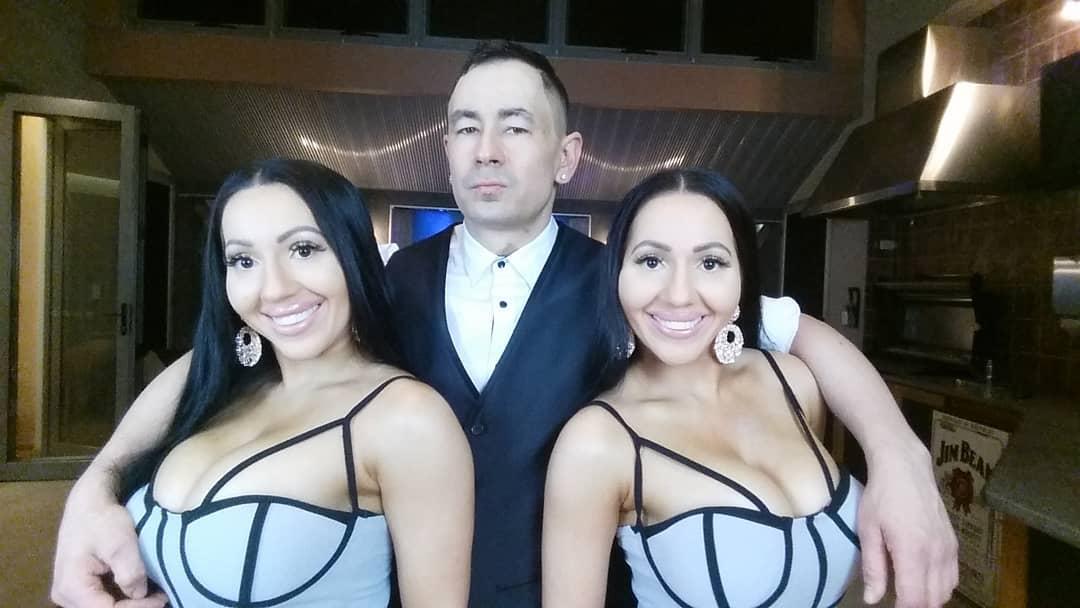 Previously the twins, who have admitted undergoing surgery, told The Sun: "We knew some guys might think it was kinky to date twins and see us as a trophy, so we had to feel sure that Ben genuinely liked both of us before we agreed to meet him.”

They were named the "most identical twins in the world" after going up against another pair of twins on a Japanese talk show and beating them in a series of challenges to see who was most identical.

Polygamy, having more than one wive, is banned under the Marriage Act 1961, in Australia.

Want to know more about the girls? Read how they've both had the same cosmetic surgery, share a job and refuse to be separated – even for ONE HOUR.

And the girls also revealed they have visible scars on their matching DD boob jobs… so they’re going to spend £23k going even BIGGER.

Do you know Britain's best mum?

Click HERE to enter her in our Fabulous Mum of the Year competition for a chance to win a two-night spa break at Champneys worth £1,000 and a glossy magazine photoshoot.