With hands on hips, I stepped out into the blinding lights. Toned and tanned to perfection, I was determined to take home the crown of Miss Teen United States. But as I stood half-naked in a bikini, my stomach flipped. The three female and two male judges didn’t have a clue that behind my confident smile, I felt like a complete fake. 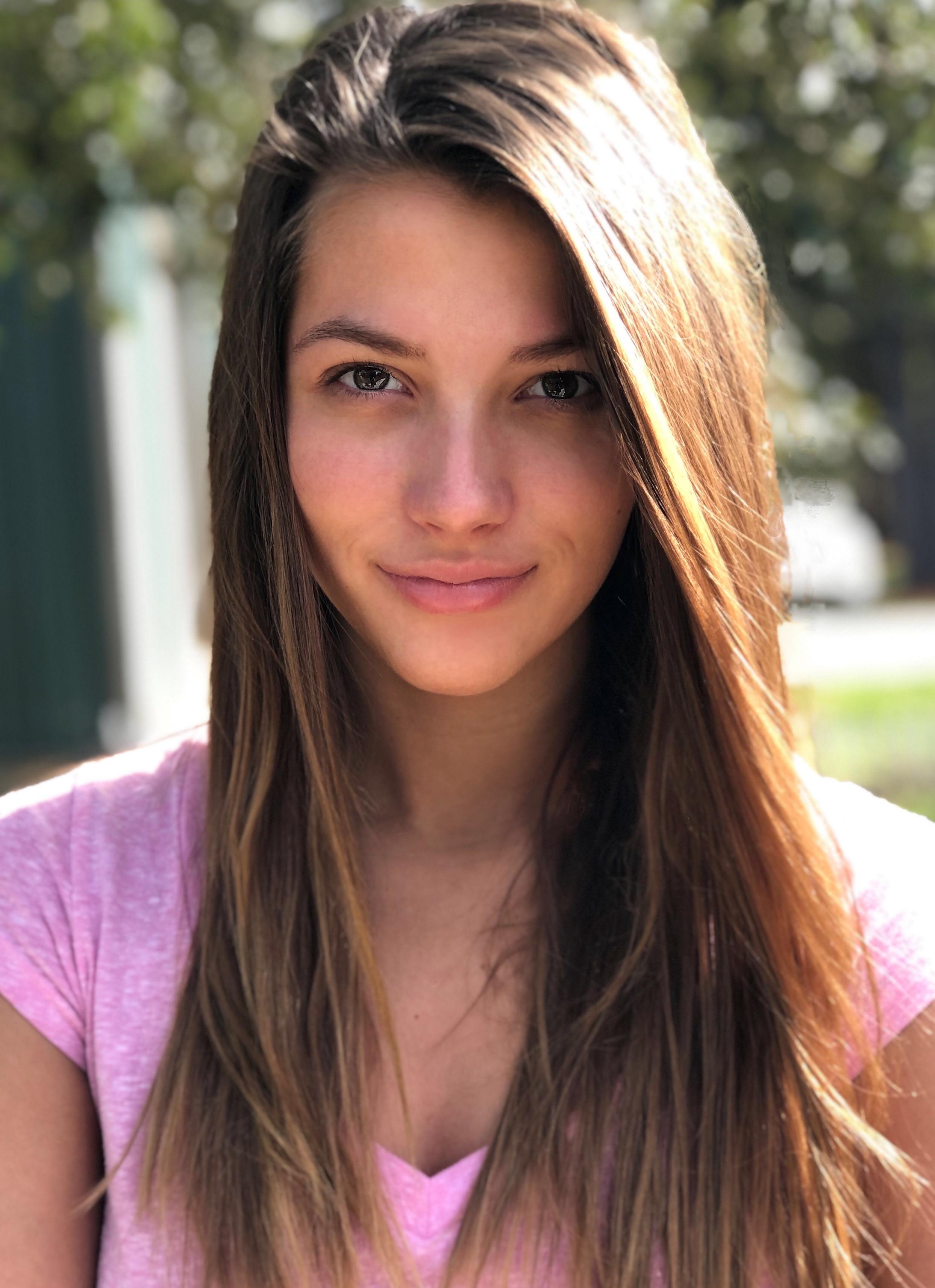 I started competing in beauty pageants when my mum Stacy, 49, entered me into one at just five months old. I was an only child and she did it as a bit of fun, but after I won that first competition, the success spurred her to take me to more. And I began to love it, too.

As a toddler, strutting around the stage in tiny cream heels, pink frilly outfits and make-up felt like a fun dress-up game. Mum would tell me that with my big eyes and puffed-up hair I was like a living doll, and I lapped it up.

By the time I was seven I was travelling all over the US, spending most weekends at pageants. I’d already accrued £1,000 in prize-winnings, which Mum, a nurse, put into savings for me, and used her own money to splurge on travel, outfits and make-up. My dad Larry, 45, just left us to it, saying it was our “thing”.

I made great friends on the circuit, and I loved the thrill of the judges’ admiration and approval, though admittedly, some days it felt like a chore having my hair backcombed and huge false eyelashes glued to my tiny ones. 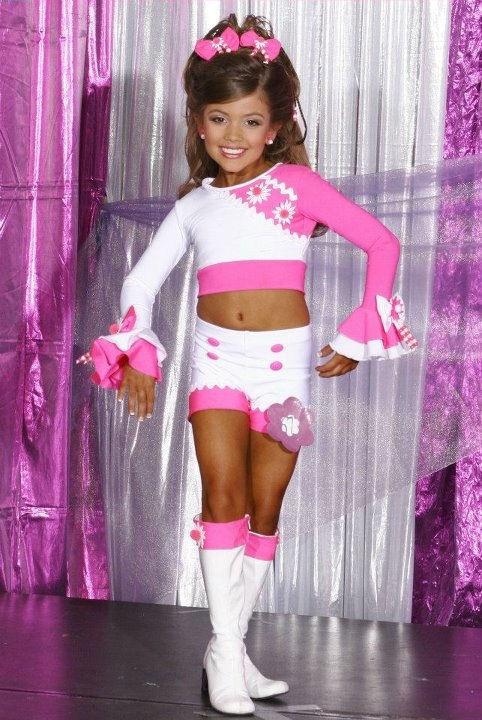 What I didn’t realise was that pageantry also made me set impossibly high standards – my hair, routines and make-up had to be spot on, or else it wasn’t worth walking out on stage. Winning was always the goal.

When I was 10, I was approached by the TV channel TLC to take part in the show Toddlers And Tiaras. Mum said I could do it if I really wanted to, so I jumped at the chance and gave myself the stage name Tootie.

I loved being followed around by the cameras – until the show went out in summer 2010. The carefully edited clips portrayed me as a diva, squirming as Mum pinned my hair and telling her off for painting my nails wrongly.

Immediately, the trolls took to Facebook, telling my mum how terrible she was and how I was a spoilt brat. Going back to school that September was really hard. People pulled faces at me, mocked my fake tan and made fun of my stage name. I felt so exposed, especially when strangers began to call me ugly in the street. 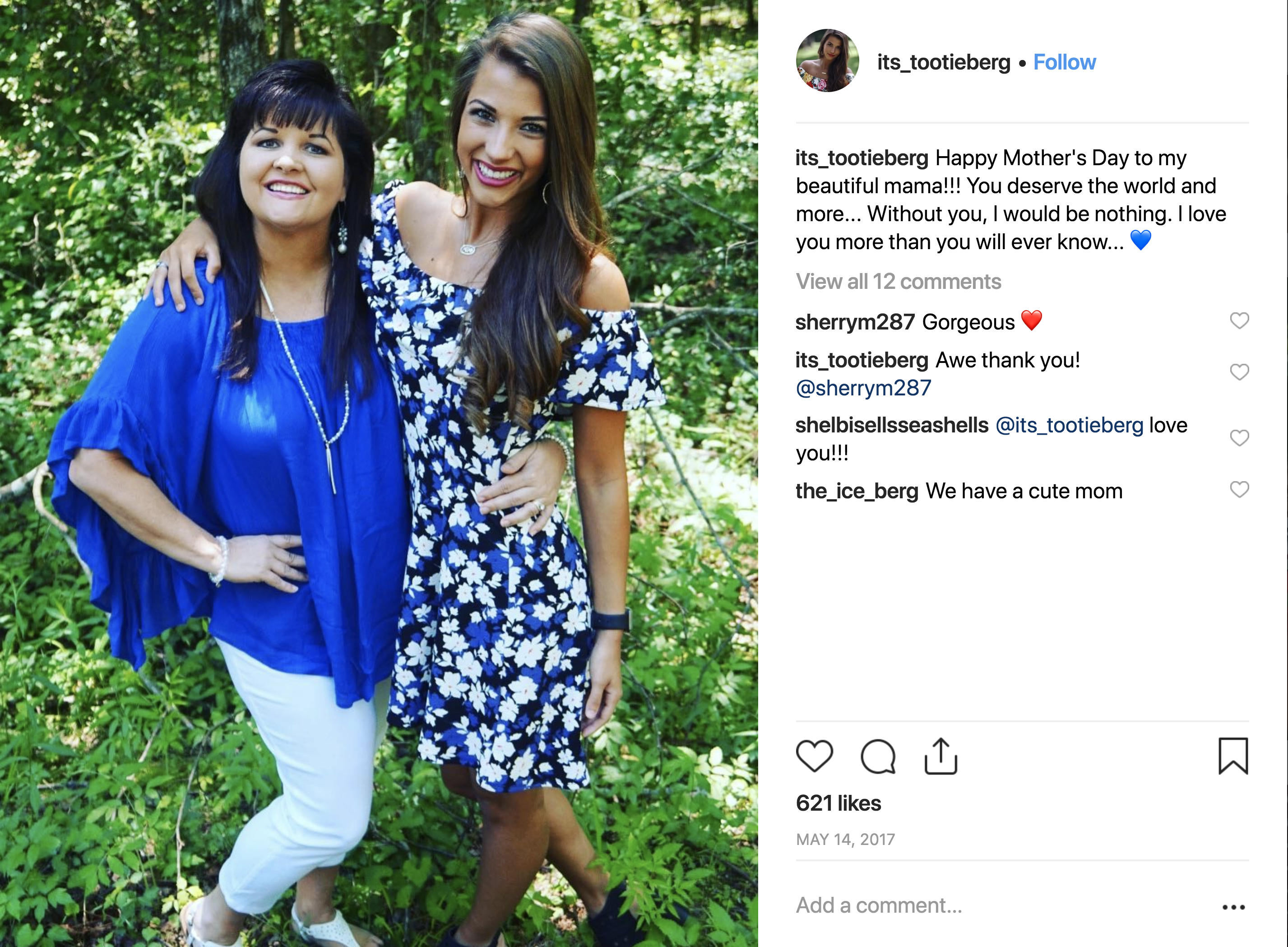 After two weeks of abuse, I tearfully asked Mum if we could quit the show and she agreed straight away.

But the negativity didn’t stop. Trolls roasted her for putting me in pageants, claiming it was child abuse and that I should be taken away from my family. And, although I wasn’t aware at the time, one women’s website called me a “bitch” and a “bratty little snot of a daughter”.

Comments like that must have really hurt Mum, but she never got upset in front of me.

I carried on doing the pageants as I was desperate to prove I was good enough and tried harder than ever to be perfect. I’d put so much pressure on myself that something as small as a spot could trigger a meltdown. 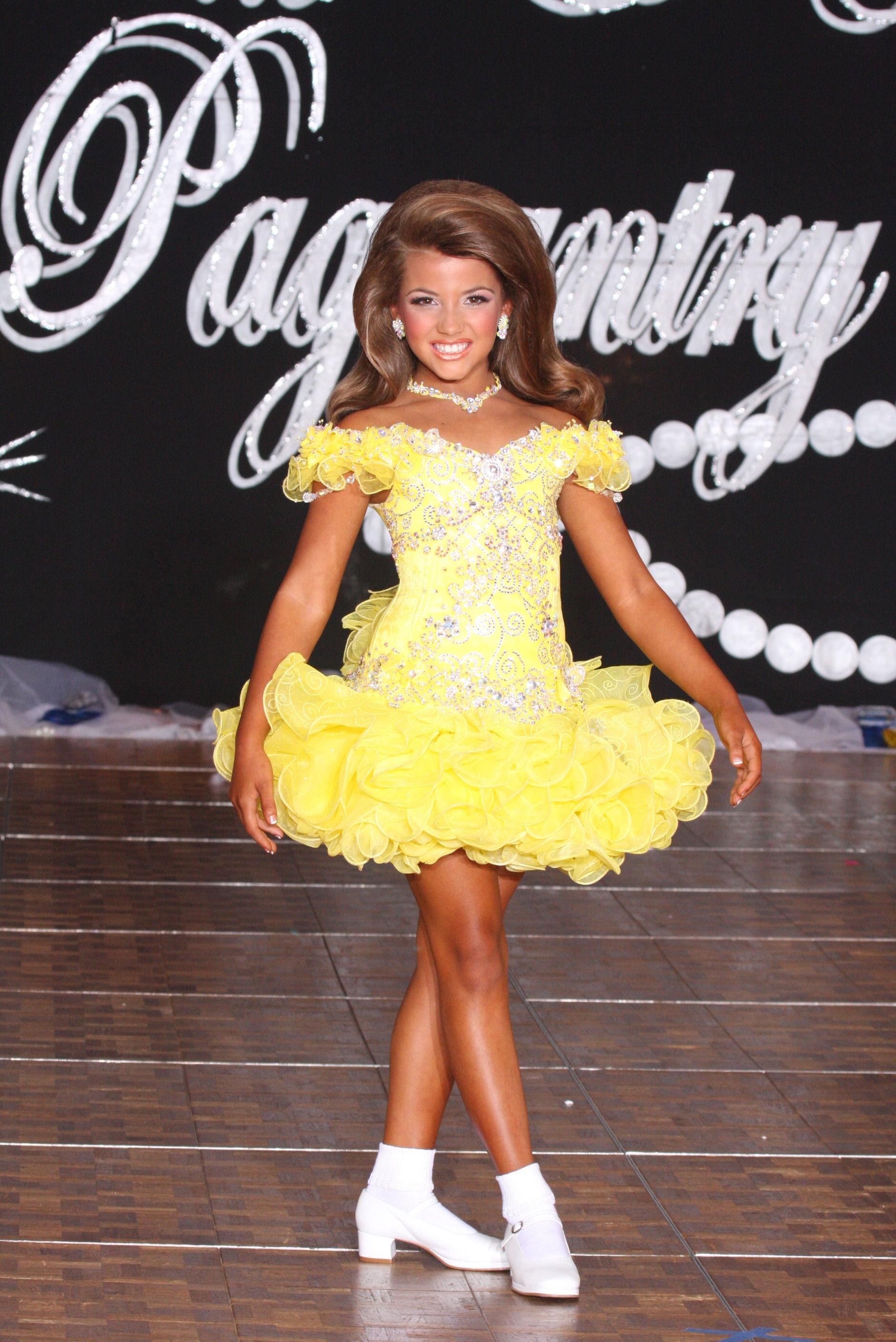 However, I still felt that as long as I won it was all worth it, and when I was 12 I decided to set my sights on the highest title in the competitions I entered: the Ultimate Grand Supreme. Some days I won, but on the days I didn’t, I’d go home broken with make-up and tears streaking down my face, comparing myself to the girls who beat me.

With every pageant I could feel my confidence ebbing away, especially as the outfits were getting less cute and more revealing as I got older.

Of course, the simple solution would have been to quit, but I knew how much Mum loved doing them with me and she’d invested so much of her time and money, I couldn’t give up – even though it was beginning to affect my mental health.

At school, bullies made my life terrible. On Sunday nights, I’d desperately try to scrub off my fake tan in the bath so I didn’t give the kids another reason to taunt me. 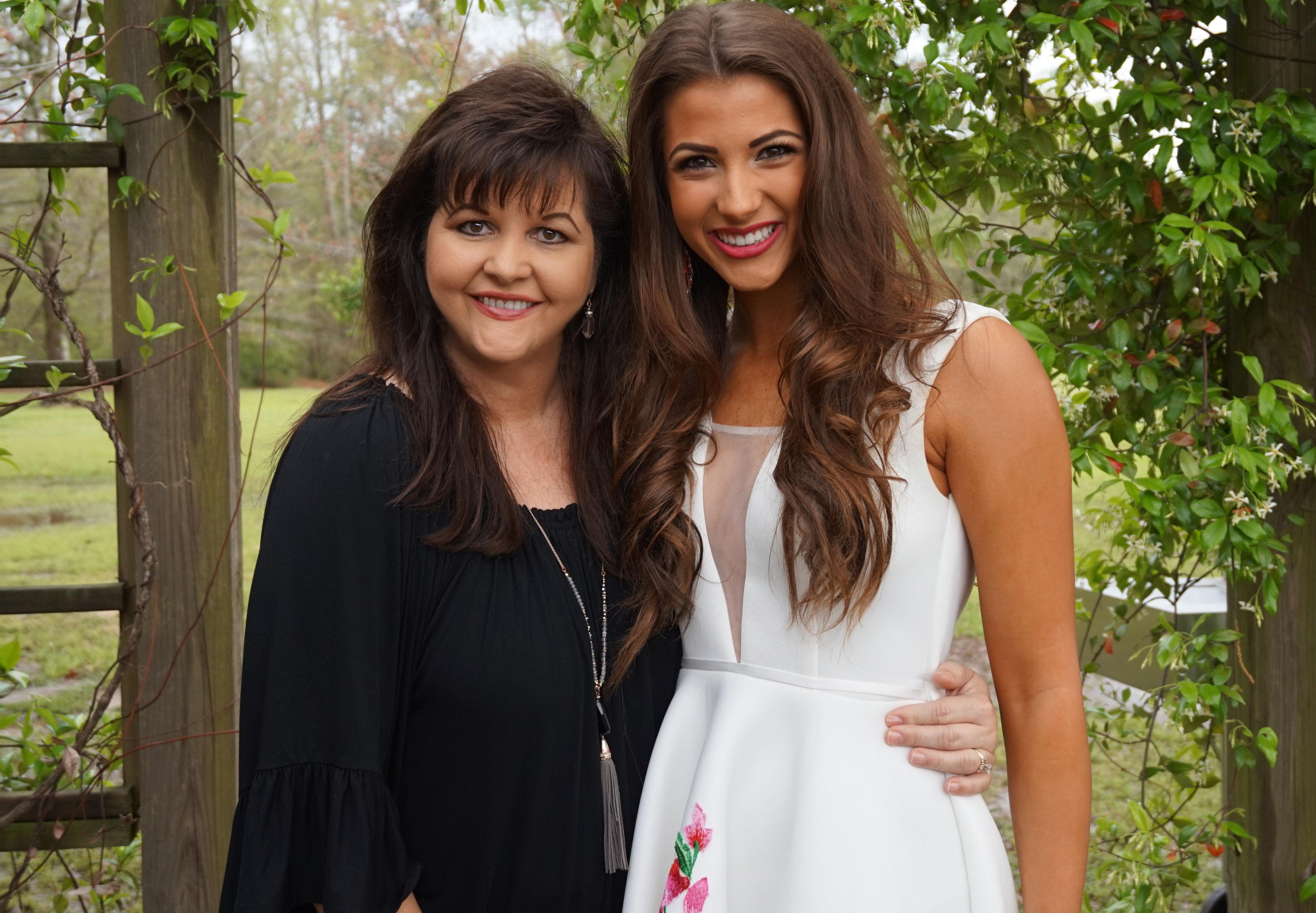 Mum would urge me to go out with friends and date boys, but she didn’t have a clue how I was really feeling. I fobbed her off, saying I was too busy and had enough friends in the pageant world.

By the time I hit 16, I couldn’t do normal teen stuff like drinking beer at parties as I had to stay in shape. Instead, I kept to a strict diet of high-protein meals and vegetables and exercised four times a week with a personal trainer.

I entered the Miss Teen United States competition in the summer of 2017, when I was 5ft 7in, 8st 5lb and a UK size 6. Everyone expected me to win, but I felt so sick of the pressure. When I stood in front of the judges, hating every moment of their scrutiny, I knew I had to change my life. My half-hearted performance scuppered my chances of winning, and when it was over I burst into tears and told Mum everything. She was shocked and devastated that she hadn’t realised. She even admitted she only let me carry on because she thought I’d be gutted if she made me give up.

However, quitting pageants didn’t make my problems disappear instantly. Over the last year, I’ve had therapy, but still struggle with my appearance.

Some days I’ll still look in the mirror and think: “I wish I looked better,” or: “Maybe I could be smaller.” But I’m slowly learning to be comfortable in my own skin. Sports such as athletics and golf have been my saviours, as they’ve allowed me to focus on my physical abilities rather than what I look like.

I don’t miss pageantry. In fact, when I look at old pictures, I can’t help thinking: “How in the world did I think this was normal?”

I’ll never blame Mum, though – she didn’t know how it affected my self-esteem. I regret allowing pageants to consume me, and I hope one day I’ll simply be known as plain old Madison, and Tootie will be gone for good.