A WOMAN shocked thousands when she revealed she paid £36,000 to rent a house in Cheshire for six months – people can’t believe she didn’t just buy a property.

The 20-year-old made a video expressing regret that she’d spent such a huge amount of money on renting a property and received criticism for her decision. 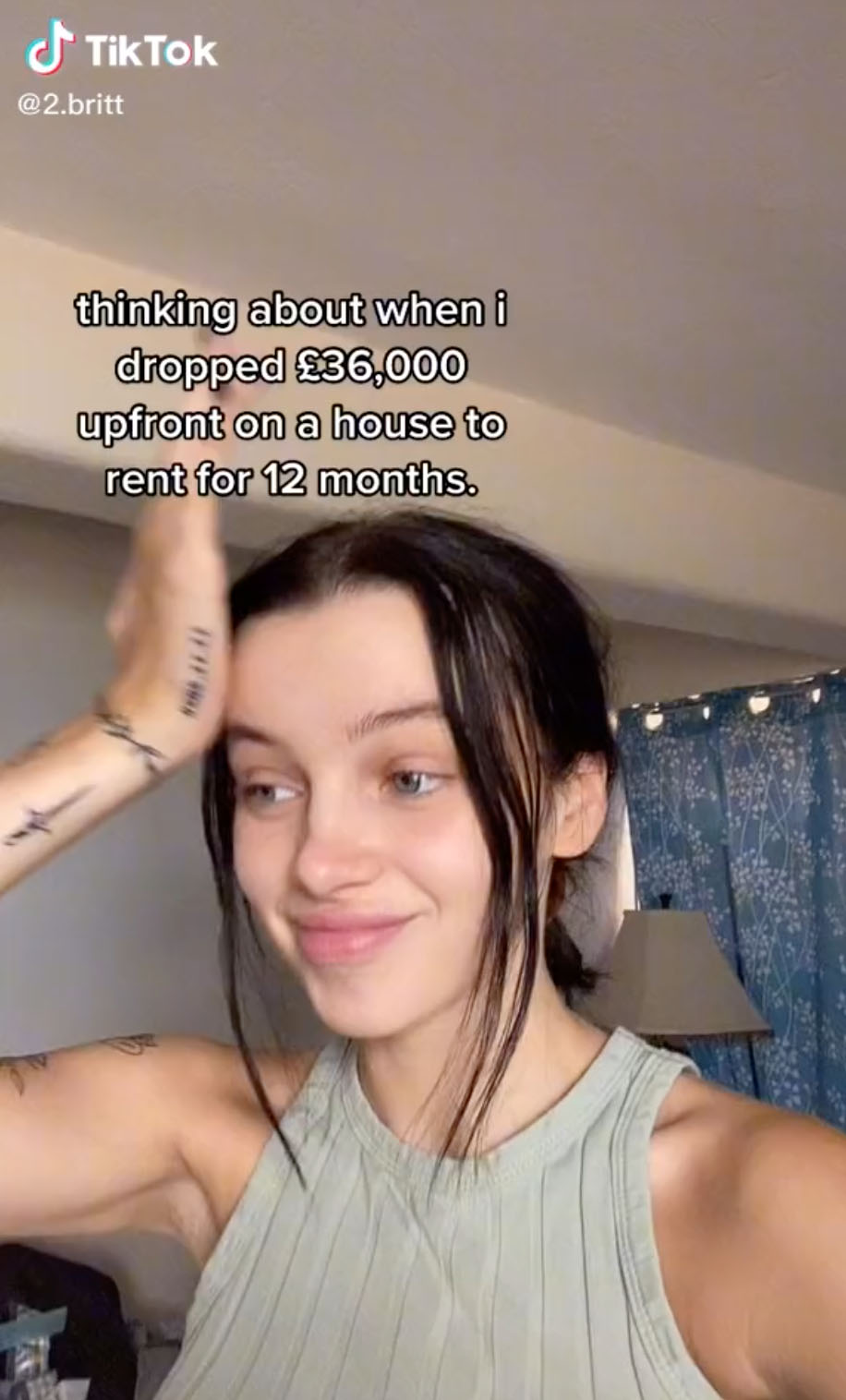 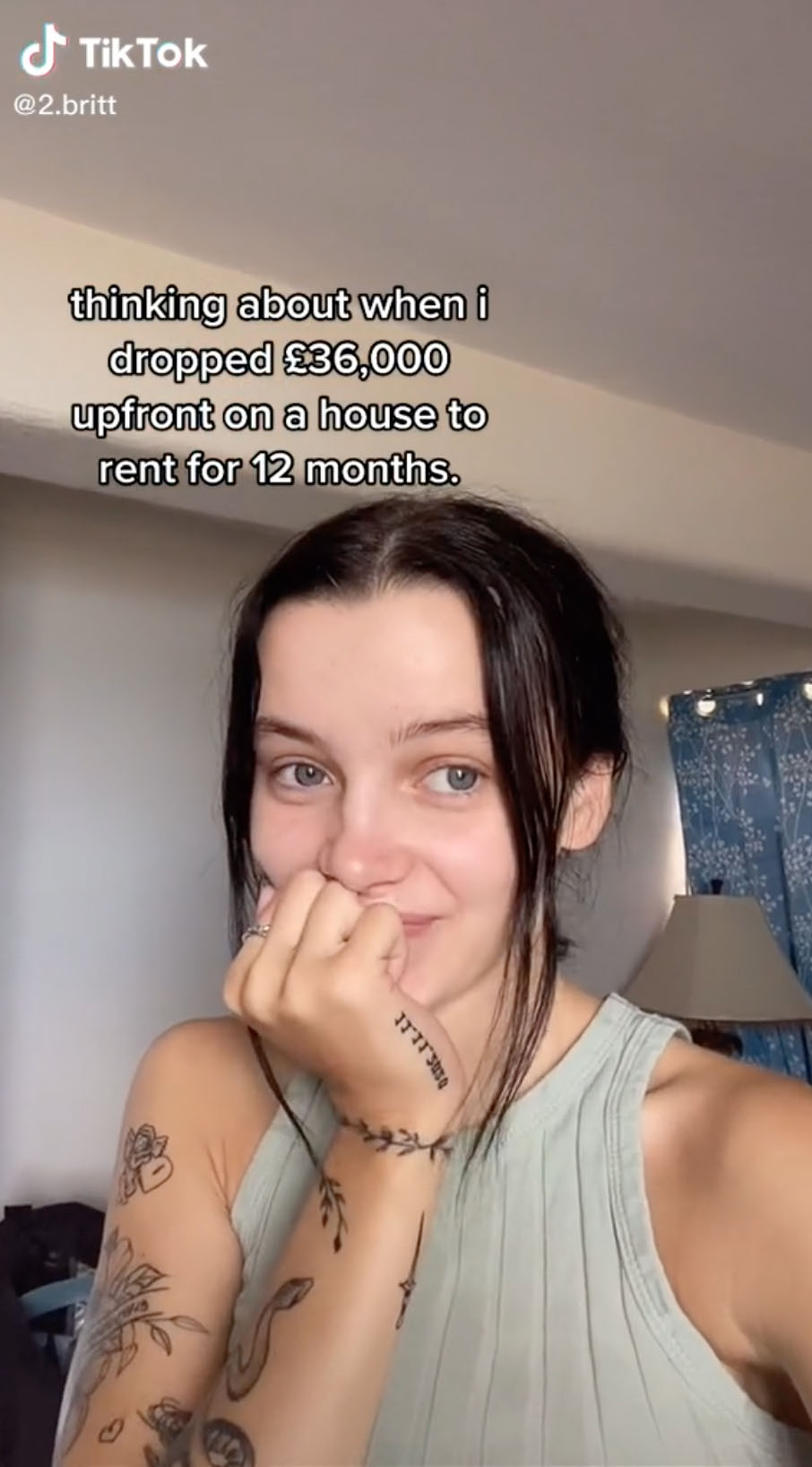 Tiktok user Brit uploaded the video, in which she said: “Thinking about when I dropped £36,000 up front on a house to rent for 12 months.”

In a follow-up clip, she explained that she was renting in Alderley Edge at the time, but that she decided to move because the area was “too Tory” for her.

Because she moved, the landlord refunded her for the months she didn’t spend at the property.

She said: “I was renting in Alderley Edge in Cheshire and I moved like, somewhere else, because it was too Tory for me, but we got the money back for the months that we didn’t live there.

The video racked up 255,000 views, and commenters couldn’t believe how much rent Brit was paying.

“You could’ve got 12,000 meal deals with that”, joked one viewer, while another teased: “You could’ve bought two houses for that in Bradford.”

“WHAT KIND OF A PLACE WAS 3K A MONTH?”, asked one shocked commenter.

“That’s a deposit on a house…”, said one shocked commenter, and another agreed:

“But why did you not just put a deposit down on a house?”

Though many were stunned that Brit didn’t choose to get a mortgage instead of paying £36,000 in rent, she revealed it was impossible for her to buy a house at the time.

She explained: “I couldn’t get a mortgage because I was 19 and had no paid tax years yet. Should’ve just invested it.”

“No… Did no one in your life at the time tell you that’s not normal?” asked one viewer.

For more in housing, check out this skint first-time buyer – people can’t believe the glow-up of this new build and it was all on a budget.

Meanwhile, a couple transform their tired garden into a pergola paradise thanks to bargain Aldi furniture.

Also, I turned a rusty old caravan at the bottom of the garden into a woodland haven, it’s like going on holiday.