But why exactly is Christmas celebrated on December 25? And what on earth is frankincense anyway? Read on to find out. Why is Christmas Day on December 25?

Christmas Day is the celebration of the birth of Jesus Christ, but there is actually no official date of the birth recorded in the Bible.

It is thought that date was chosen as it is exactly nine months after the Christians believe Jesus was immaculately conceived, on March 25.

December 25 might have also been chosen because the winter solstice – the shortest day of the year – and the ancient pagan Roman midwinter festivals called "Saturnalia" and "Dies Natalis Solis Invicti" took place in December around this date – so it was a time when people already celebrated things. 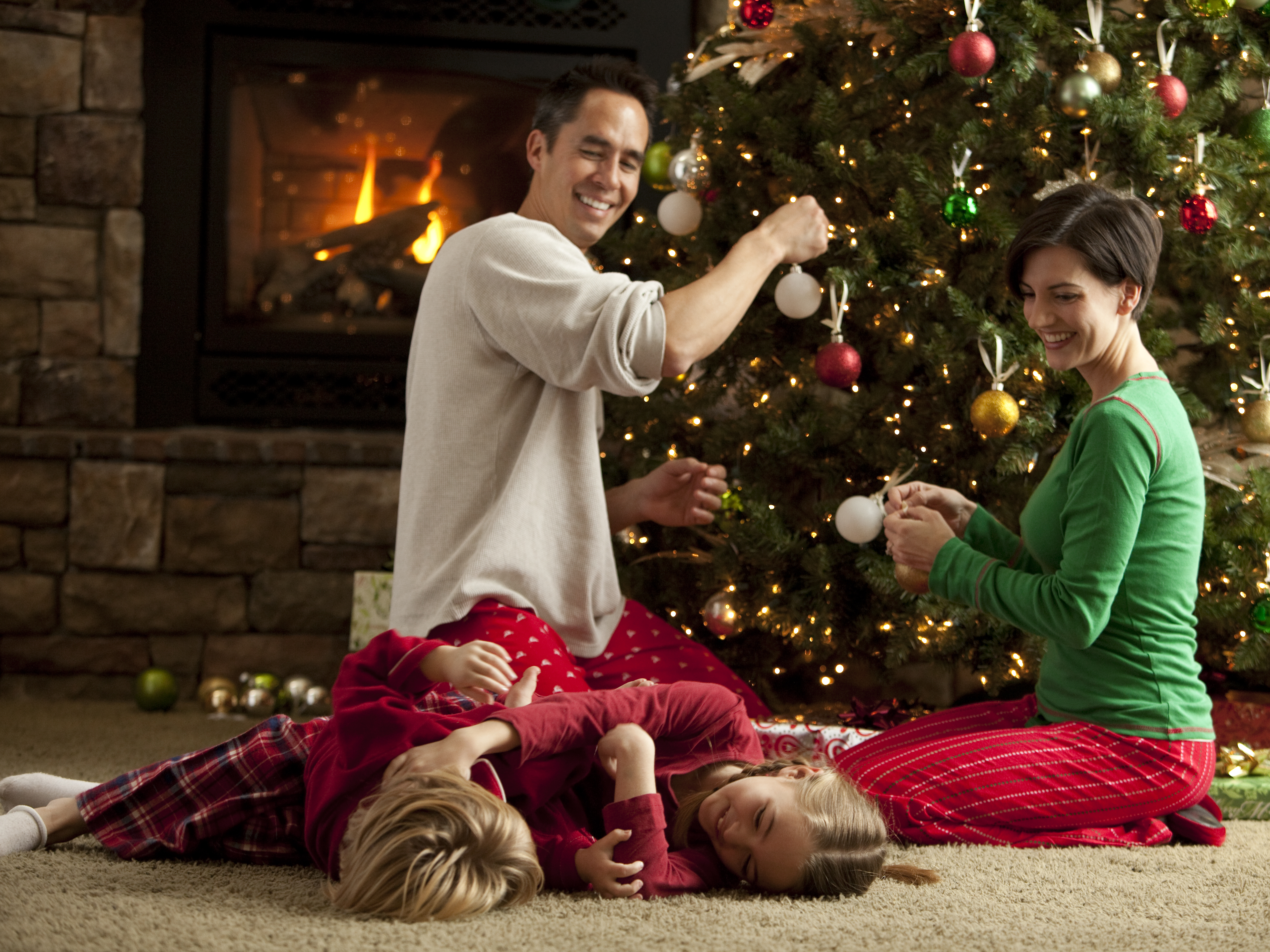 Winter solstice meant the winter was over and spring was coming to pagans and the Roman festivals celebrated the Roam god Saturn.

"Dies Natalis Solis Invicti" translates to "birthday of the unconquered sun" and was held on December 25, when the Romans thought winter solstice took place.

Early Christians may have given this festival a new meaning and adopted it to be the birth of Christ.

Although there is a difference in dates, there is no dispute over the date chosen as the day to celebrate Jesus' birth, just the calendar that should be used. 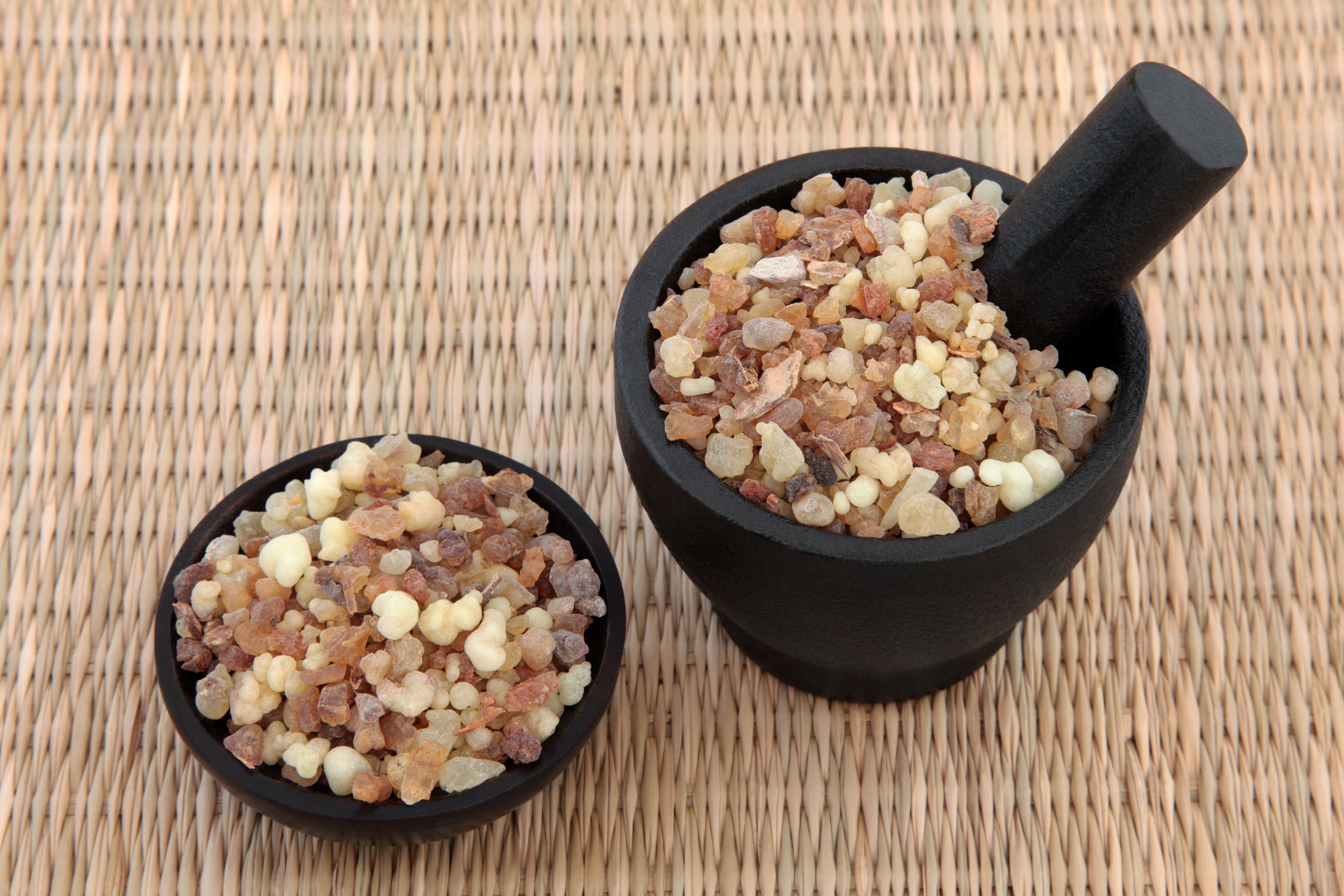 What are frankincense and myrrh?

Frankincense and myrrh are aromatic resins that make a regular appearance around Christmas time and are said to have been gifted by the Wise Men, along with gold, at the birth of Jesus.

“And when they were come into the house, they saw the young child with Mary his mother, and fell down, and worshipped him: and when they had opened their treasures, they presented unto him gifts; gold, and frankincense and myrrh.” (Matthew 2:11)

While most of us are familiar with the woody smell that leaves a whiff of Christmas in the air, what exactly is it?

Both are derived from tree sap and have been used for a range of things including incense and traditional medicine.

Both can be found in Africa and in coastal countries in the Arabian Peninsula. 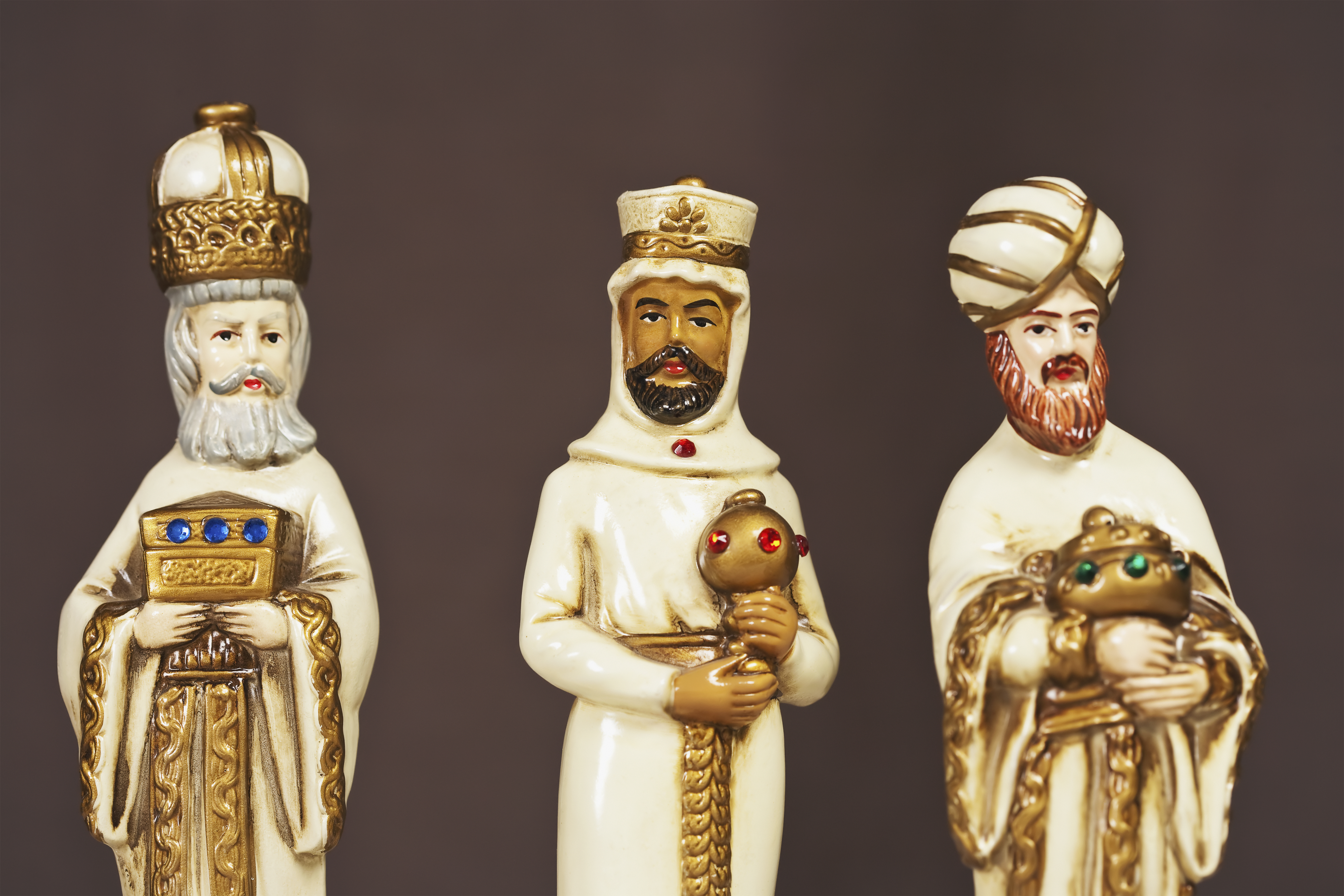 Frankincense gives off a woody, fruity smell – a familiar Christmas scent – and was used to perfume the homes of ancient Romans.

It was also used in ancient Egyptian rituals and Catholic masses, and has been used to treat a number of ailments.

It is still used in traditional Asian medicines to help digestion and relieve inflammation.

Myrrh, which has a woody, bitter aroma, has also been used in traditional medicines to dress wounds because it causes tissue to contract.

It can also be added to drinks, sometimes being used in wine and liquors to add flavour.

To yield these aromatic resins, harvesters make a vertical cut in the tree trunk.

The sap oozes from the tree and dries, forming tear-shaped drops, which are collected after two weeks.

Myrrh was also used by the Egyptians for embalming of mummies. 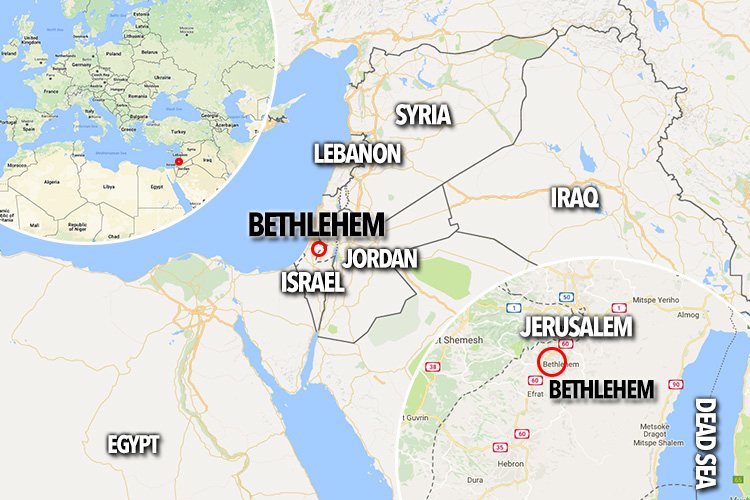 Bethlehem is the birthplace of Jesus, and therefore a holy site to Christians all around the world, but where exactly is this sacred city?

The Palestine city is located just five miles south of Jerusalem in Israel.

The Bible cites that about 2,000 years ago an angel named Gabriel approached a young Jewish woman called Mary and told her she would give birth to the son of God.

Mary and her husband-to-be, Joseph, lived in a town called Nazareth but had to travel to Bethlehem to register for a census ordered by the Roman emperor, Caesar Augustus.

The pair took several days to walk the 65 miles from Nazareth to Bethlehem. 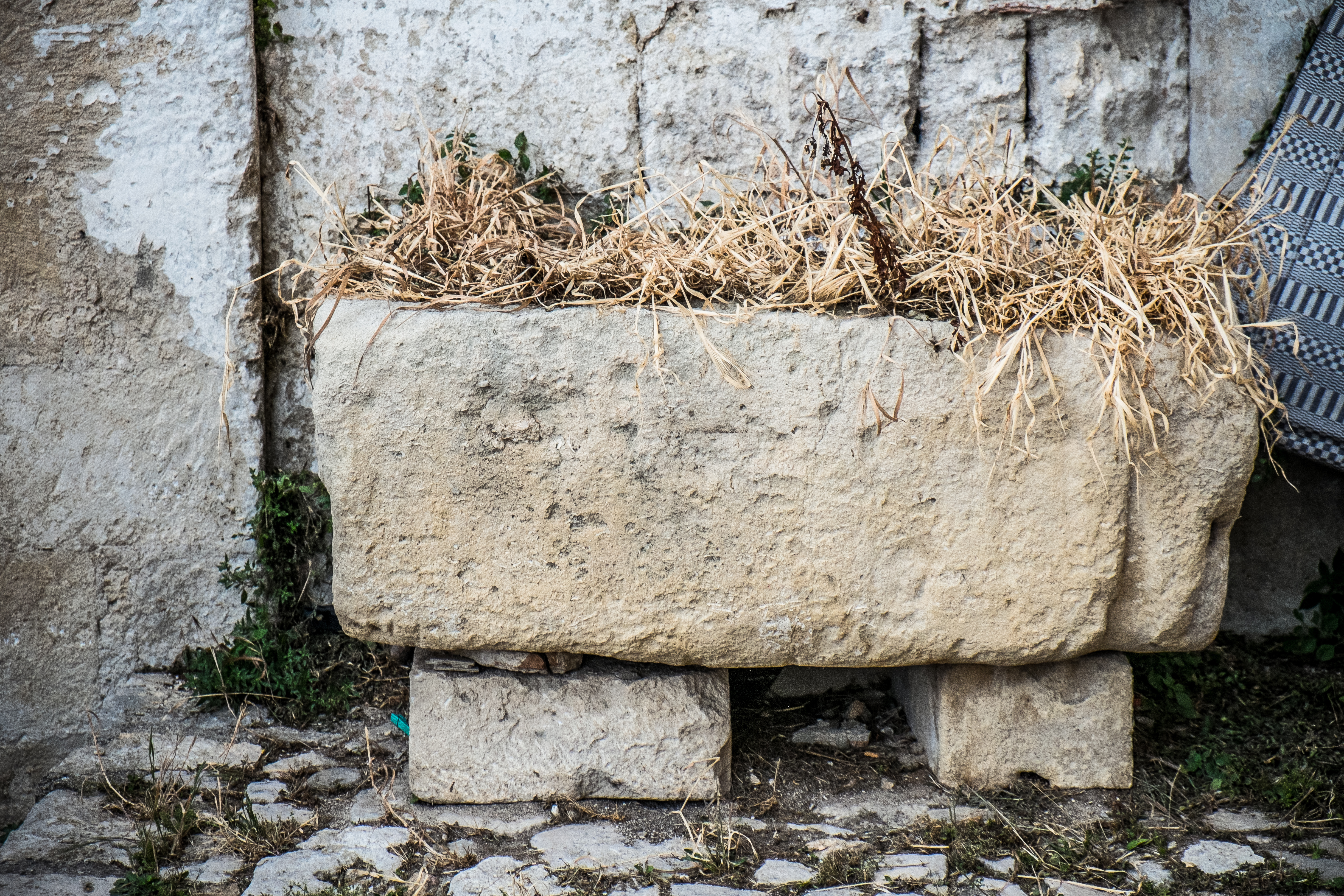 When Joseph and Mary got to Bethlehem, there was no place for them to stay because the inn was already full so they ended up spending the night in a stable.

That night, Jesus was born, marking Christmas Day, and placed in a manger.

For centuries, Christian pilgrims have made the roughly two-and-a-half hour walk from Jerusalem to Manger Square, where Jesus was born, to commemorate the birth of Christ.

The birthplace is marked by an inlaid silver star in a grotto under the sixth-century Church of Nativity.

Manger Square is the focus of activity of Christmas celebrations not once, but three times a year.

In addition to the traditional Western celebration, which begins on December 24, the Greek Orthodox mark their Christmas on January 6 and the Armenian observance is on January 19.

Bethlehem has a population of roughly 25,000 people.

What is a manger?

A manger is common place in a nativity play, being the make-shift crib the baby Jesus was laid in after he was born.

But a manger is actually a long wooden trough from which animals drink.

“When the child Jesus was born, his mother Mary laid him in a manger” (Luke 2:7).

Mangers were found wherever livestock were kept – in this case the stable Mary and Joseph slept in for the night.

Having no facilities available in the stable, Mary would have had to make do with the tools she had, laying the baby Jesus in a manger with a soft bed of hay rather than the cold floor of a stable.

The manger has now become a major spiritual symbol.