There are a million Moroccan Berber knockoffs but — like the Amazon coat before it — one particular brand and pattern is winning. 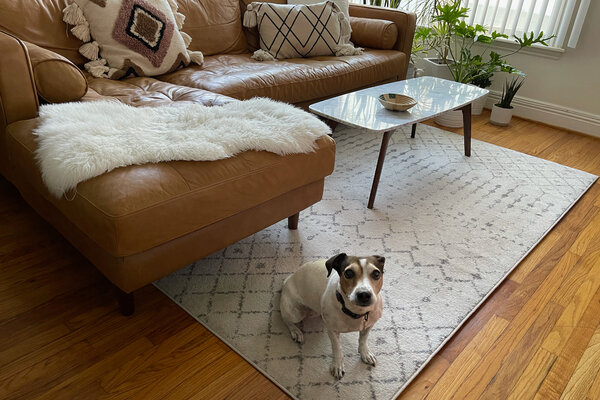 I call it The Rug. I own one. So do two close friends. A favorite cousin. A few members of my group chat. Many, many social media acquaintances. Thousands upon thousands of people, the type who leave reviews on retail websites. In this way it is like the home décor version of the horror film “The Ring”: First you buy The Rug, and seven days later you discover so has everyone else in the world.

Tanya Underwood-Best and her husband, Tim Best, came to The Rug via a circuitous route. They wanted to travel, see the world, and introduce their two young children to different cultures. So when a teaching opportunity opened up in Hong Kong for Mr. Best, 44, the family left their Philadelphia rowhouse behind.

The only question: How to furnish their new apartment on Repulse Bay with a comfortable landing pad for their daughters, Winnie, 4, and Lettie, 8, both aspiring ballerinas.

“I found the rug online once we were in Hong Kong, and actually bought it from Overstock U.S.,” said Ms. Underwood-Best, 43, a writer. “I couldn’t find anything local that wasn’t cheap Ikea or prohibitively expensive,” 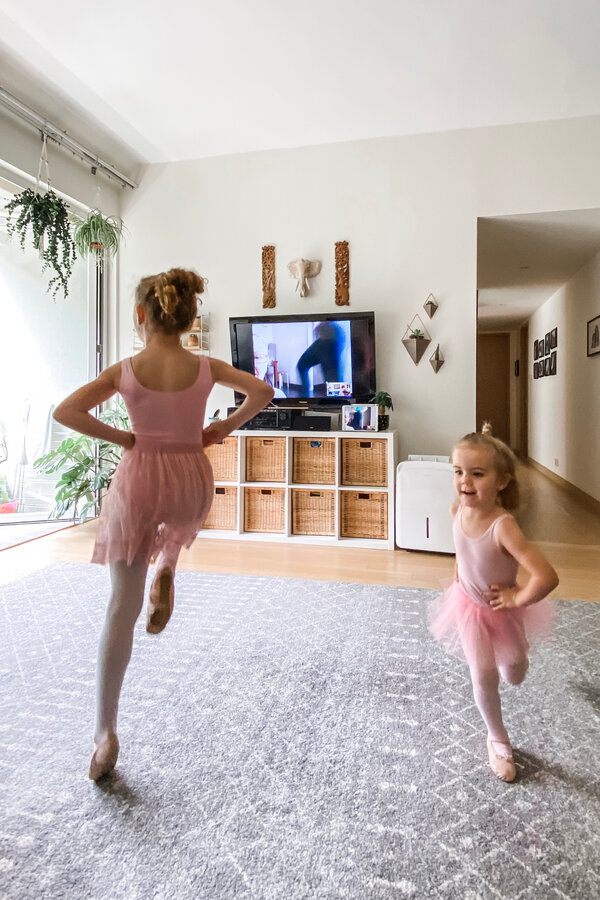 As it turns out, the rug she had shipped across the world has become a staple in many American households, its growth a seemingly organic phenomenon. The design, known as the “Moroccan Trellis,” under the brand Nuloom, comes from Rugs USA, a company headquartered in New York, with distribution centers in New Jersey and California. Loosely inspired by handwoven vintage Berber rugs whose imperfections underscore their folk-art status, it’s available in 10 colors and 34 sizes from various home décor retailers like Wayfair, Overstock.com and Amazon, where it currently has more than 16,000 reviews.

Krishna Gil Marshall of Santa Monica, Calif., said she first noticed the rug when an ad popped up on Instagram. “I follow a lot of dogs, designers and travel accounts, which is probably where the algorithm got me,” said Ms. Gil Marshall, who is also in her early forties. “The funny thing is that I try to not be too cookie cutter with my décor and get unique pieces from Etsy.”

When Sarah Tackett purchased the rug with her boyfriend for their apartment in Brooklyn, she said, “We were aware that we were buying some mass-market version of a nice rug that is common among Instagram influencers but it became a running joke that there are only four rugs in the world, anyway.”

One of those Instagram design curators, Amanda Terry, who goes by the handle @rusticredfox, calls her style “modern farmhouse.” She bought the rug on Amazon in gray because, with two cats, two dogs and two young children she needed something durable that still had personality.

That type of personality can be found in a one-of-a-kind vintage Beni Ourain Berber rug, made from the soft wool of sheep grazed in the high Atlas Mountains and popularized by design publications like Domino and Elle Decor, but it costs thousands of dollars. The Rugs USA version is available for around $100.

Speaking from the cargo terminal of Kennedy Airport, where he was collecting an incoming shipment of vintage carpets, Nathan Ursch said he understood the appeal of the mass-produced version that’s become one Rug USA’s all-time best-selling designs.

Mr. Ursch, who with his wife, Brin Reinhardt, owns the boutique carpet store Breuckelen Berber, specializes in the sale of vintage Berber rugs. “People are always ‘discovering’ them,” he said. “In the ’50s, Le Corbusier and Frank Lloyd Wright used Berber rugs to soften the severe lines of their work. The rugs are warm but imperfect and create a contrast.”

Omri Schwartz, the general manager at Nazmiyal Collection in Manhattan, sees little aesthetic appeal in The Rug. “What makes Berber rugs from all 17 tribes so special is their lack of symmetry,” he said. “You get a sense of the artisan’s personality in the variations. The more you look at it, the more it starts to evolve. This version — it’s flat, there’s no sense of movement. It’s made to be bought and then disposed of.”

Koorosh Yaraghi, the founder and president of Rugs USA, unsurprisingly, had a different take. The appeal of The Rug is that “it’s an approachable Moroccan-inspired motif,” he wrote in an email, “with a one-of-a-kind look that complements any interior design style, at an accessible price point and made with a power-loomed synthetic material which makes it durable for high-traffic spaces and everyday use.”

In other words, it’s meant to capture the unique spirit of a handcrafted textile, something acquired perhaps, in an adventurous trip to an open-air market. But it’s also designed to be discreet enough to blend in with the furniture and take the punishment of kids and pets.

While The Rug may lack many of the qualities of its reference, it does include interpretations of traditional Berber fertility symbols. “I would just say be careful,” Mr. Ursch warned the harried parents who make up the rug’s primary demographic. “There could be some unexpected babies in your future.”