We take a look at what this eating craze is all about. 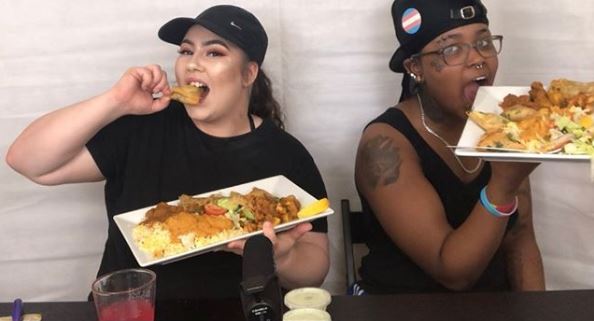 Mukbang comes from the Korean words for "eat’ and "broadcast".

The video internet craze originated in South Korea and sees viewers watch a Vlogger eat large portions of food while interacting with their audience.

Foods ranging from pizza to noodles are consumed in front of a camera for an online audience – who pay or not, depending on which platform they are watching from. 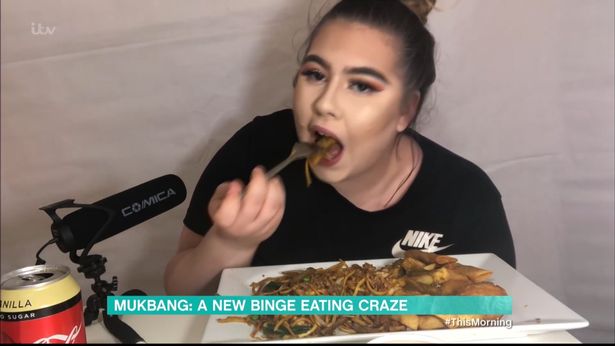 Who is Charna Roley?

She hit the headlines after revealing she quit her Admin job to become a Mukbang star.

The 22-year-old now has a loyal following on YouTube, where over 40,000 people regularly tune in to watch her eating takeaways on camera – consuming around 5,500 calories per meal.

What happened when Charma Roley appeared on This Morning?

Charma faced a backlash from host Phillip Schofield when she appeared on This Morning on November 7, 2019.

An unimpressed Phil grilled the Mukbang YouTuber, questioning whether she would "do anything to be famous".

He remarked: "There's no way I would ever watch it because I cannot stand people who chew with their mouths open. Noisy eating drives me crazy."

Charna pointed out that it was a "marmite" thing and that "some people love it and some people hate it."

"Some people have asked if it's a [sexual thing], but I've never got any comments insinuating it's a sexual thing," the YouTuber said. "It's more of a 'You make me so hungry, I really want to eat this food as well' and stuff like that."