AFTER years of sharing a family home, how would you feel about moving in with your best friends? As 42 per cent of marriages end in divorce, following a split many women are forced to rent – for an average of almost five years.

And with the Office for National Statistics revealing that the most common age range for divorce is 45 to 49, more and more women are becoming flatmates in middle age. 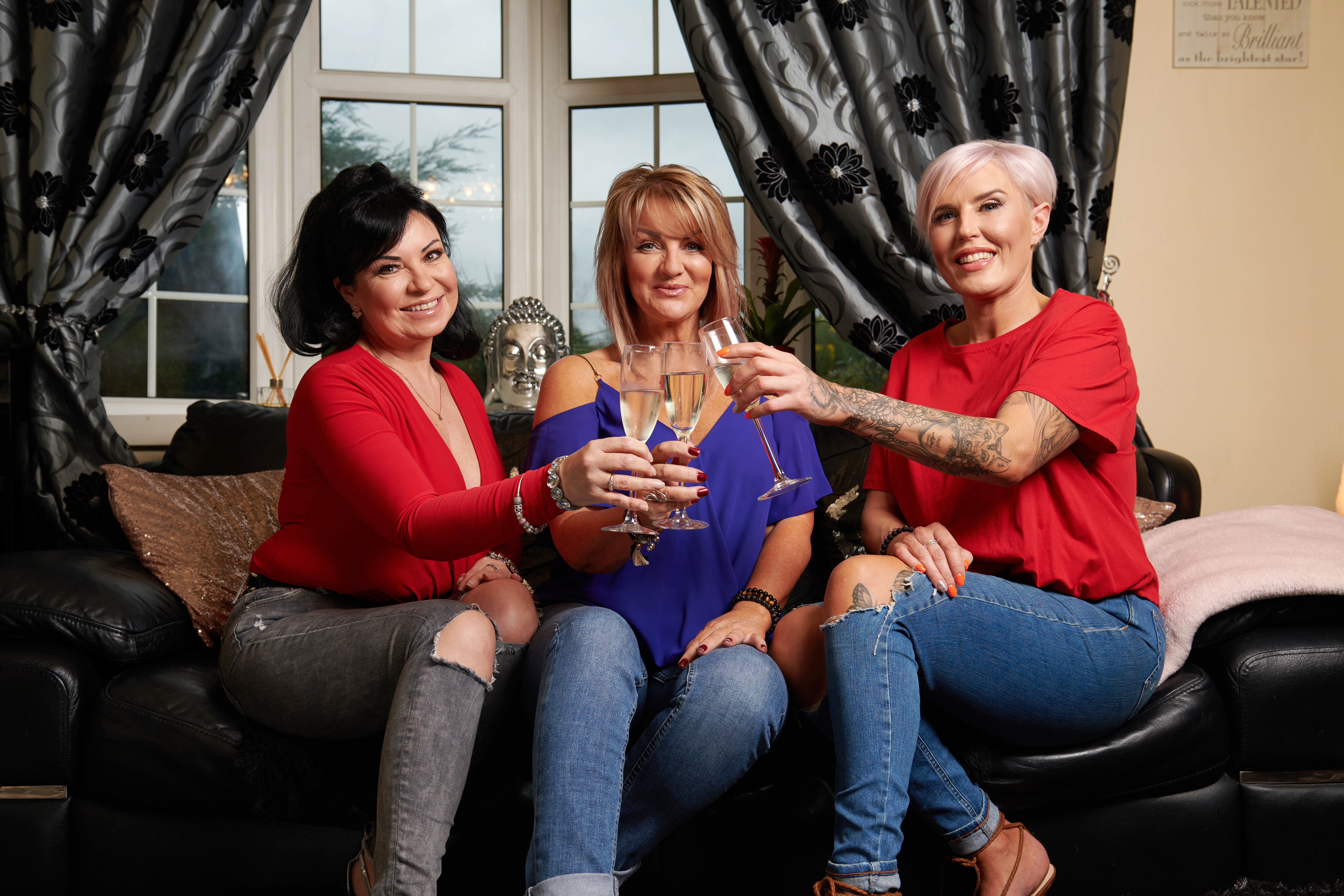 But going back to cleaning rotas and bickering about bills with friends could be tough. YASMIN HARISHA and ALLEY EINSTEIN speak to three best friends who are living together following the break-up of their relationships.

BUSINESS analyst Annie Thompson is mum to Sarah, 27, who works in admin, and Steve, 19, who is at university. She was married to Jeff, 58, for more than 25 years before moving in with best friend Shaz in 2017. Annie is now saving to buy half of the home they share from Shaz. She says: 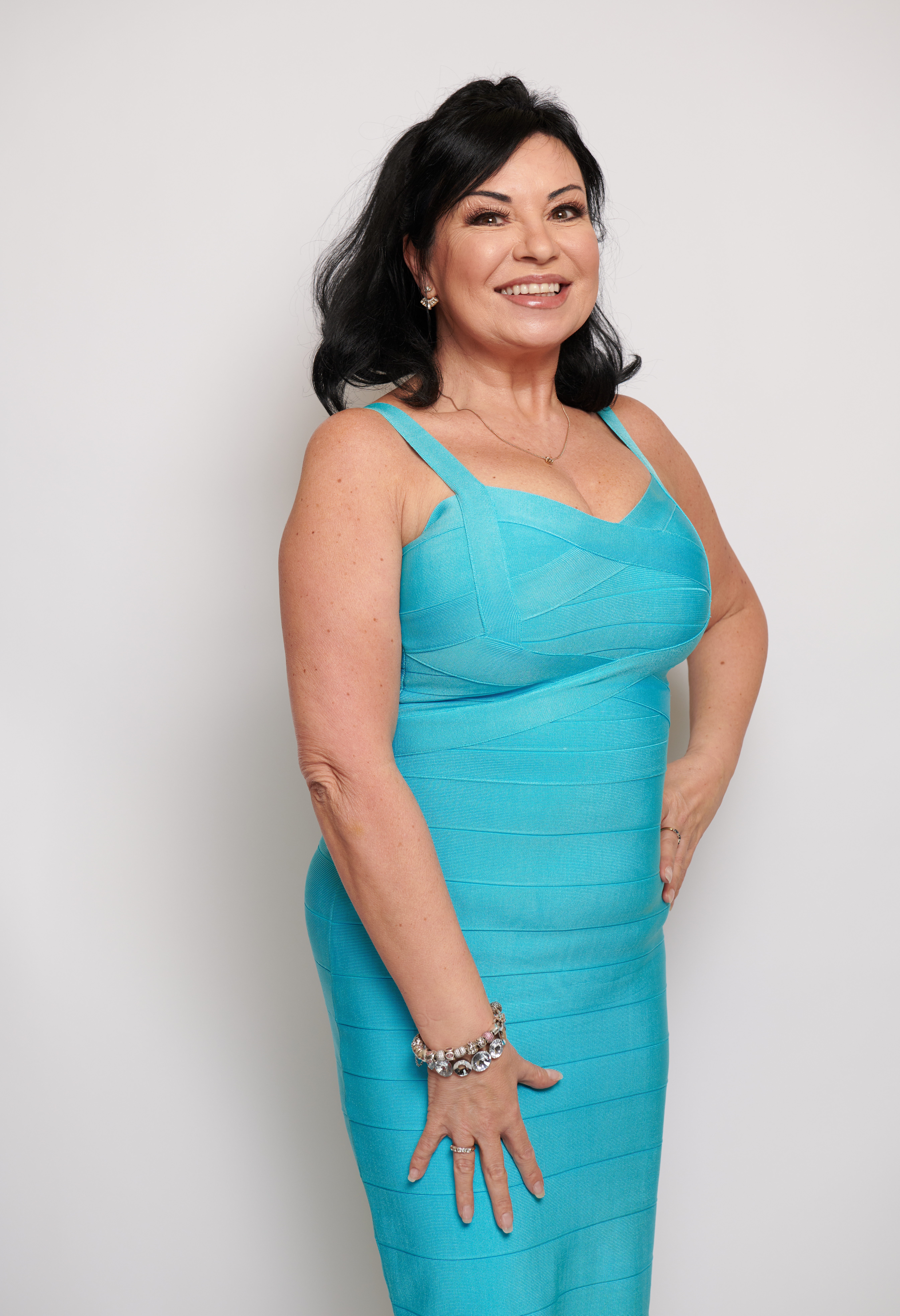 "I MET Jeff when I was at school. We married in 1990 and went on to have our children together shortly after that. I thought we were going to be together for ever, but we split in 2016 and began the divorce process.

By that stage, we were not the people we were when we married. We realised that after the kids had grown up we did not have that much in common
When we decided to split, I was working part-time so I wasn’t making much money and could not afford a place of my own.

I knew the divorce was going to take a long time to settle and I would have to be living with my ex in the same house. When Shaz offered me the chance to move, it was amazing. She was a miracle mate.

It is really difficult at my age – everyone else is married and has kids and they definitely don’t want to hear about divorce rubbish. It can become a lonely life, so Shaz inviting me in felt perfect. The kids love the fact they now have three “mums” when they visit. 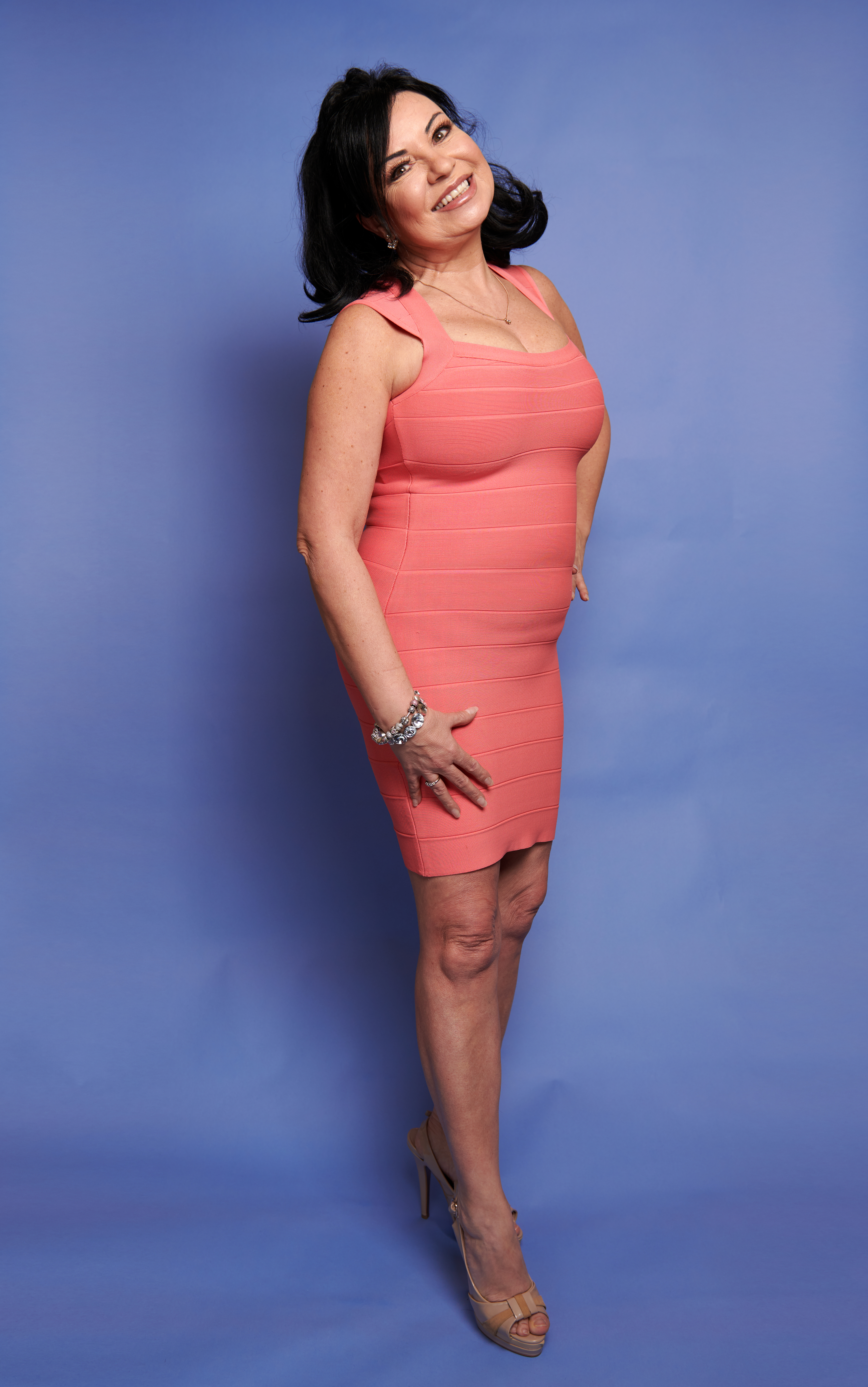 When we first moved in together Shaz and I had a few arguments over how to clean or cook, but that is natural – we had both been running our own homes for years. Three years on, we are all like a well-oiled machine.

I do the cleaning, shopping and dinner rotas and I always make sure we pay the bills on time. We have a WhatsApp group and send each other reminders daily. And we will have regular house meetings.

Having someone to borrow clothes from, talk to and watch TV with is wonderful. We also know when to avoid each other when we are in a mood, and we still bicker over dirty dishes – but that’s normal.

We are helping each other to battle dating again and we vet each other’s potential boyfriends. Moving in with divorced mates is great. I’ve never looked back."

MUM-of-five Shaz Hemmings split from husband John in 2012 after 23 years of marriage. The PR manager then used the money she received from her divorce to buy her own house in Radcliffe, Greater Manchester, where she loves having her best friends living with her. She says: 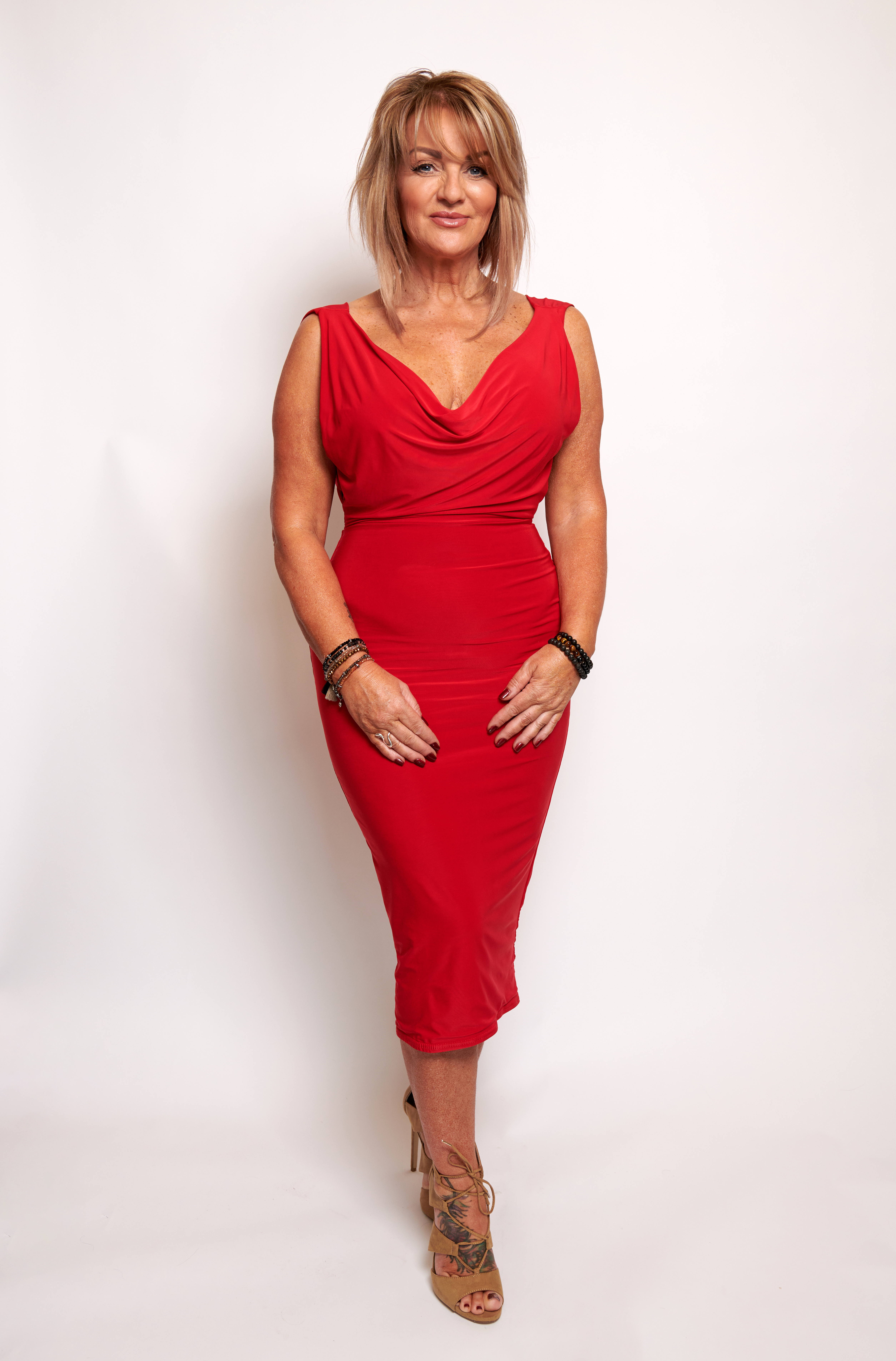 " JOHN and I met through friends and we moved in together almost immediately and got married in Las Vegas in November, 1989. Pretty much straight after that, I settled into motherhood, while John took care of paying the bills.

But it all took its toll on us as we had one income and five children. We split up and divorced in 2015. By then the kids had moved out, I’d relaunched my career and with the leftover money I bought a four-bedroom home so they could stay round if needed.

I attempted the dating scene but it was terrifying. The thought of finding a man after all those years was overwhelming. In 2017 my best friend Annie Thompson, who I’d met on the school run 25 years earlier, came to the rescue, as she was going through a long divorce too.

We got talking about our divorce woes and money troubles and I suggested she move in with me. She jumped at the offer. We both felt that divorce had isolated us. 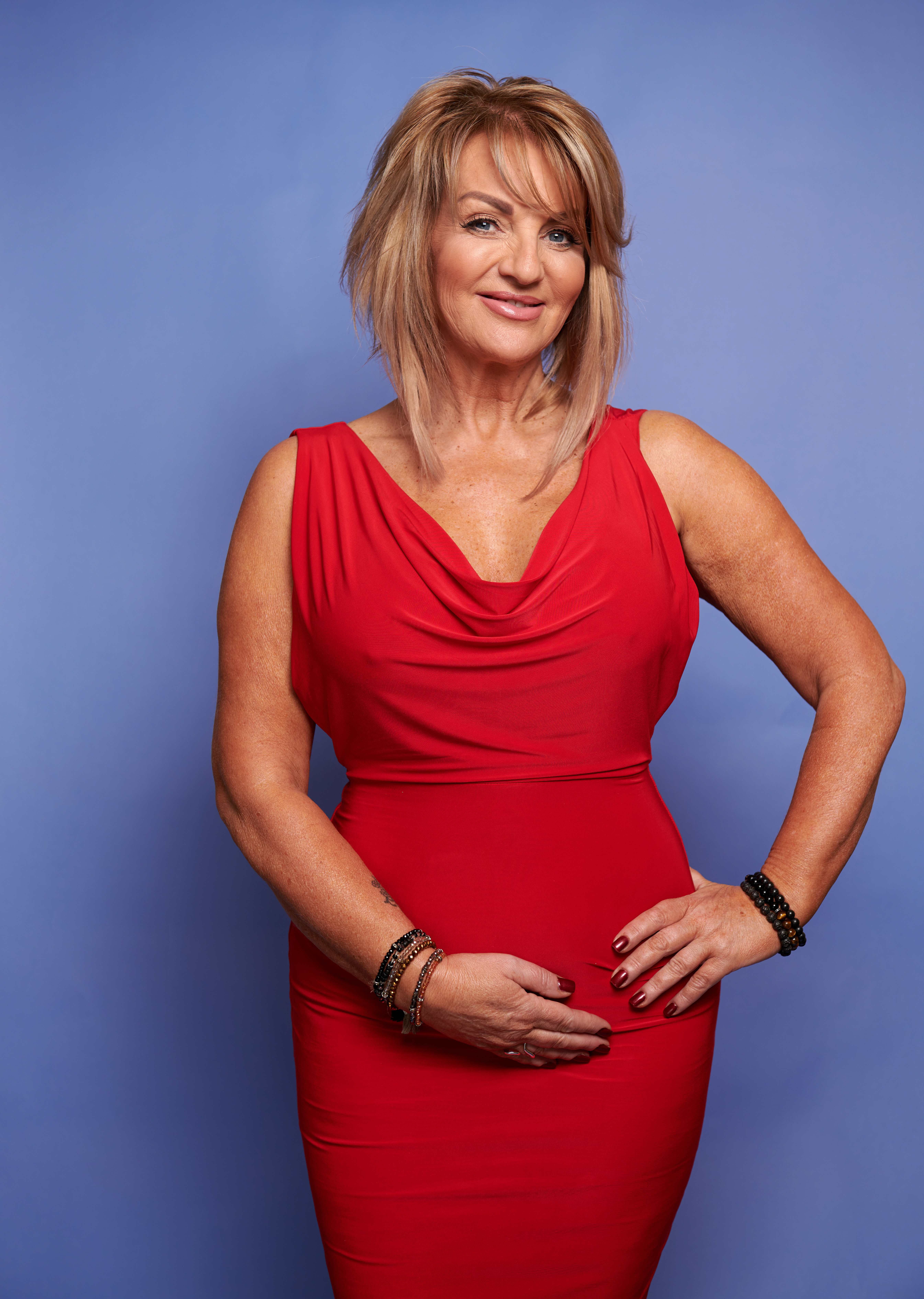 Some of our friends had taken sides and after a while couples who are still married stop asking you to parties and dinners. People get sick of hearing the latest divorce drama and stop returning calls.

Annie had noticed the same thing. She moved in with me in May 2017 and it was like college days. We did a “divorce mates agreement” – she’d pay me £400 a month rent and we’d split the bills. We’d go grocery shopping together, clean the house together and enjoy wine and Netflix nights.

The best thing was going to a club together and becoming each other’s wingwoman. We had a firm rule – no blokes back to the house unless the relationship was serious. And in April 2019 our close pal of ten years Susie joined us. She was newly single so Annie and I asked her to be our housemate.

We are three friends who understand the. Annie and I are even discussing Annie buying a half share of the house. It makes it easier for divorced women to get back on the property ladder. It’s girl power for grown-ups."

BEAUTICIAN Susie Wortham split with her long-term former partner Tim in 2019 after 15 years together. She decided to move in with Shaz and Annie, who have been her best friends for ten years. Together they are helping each other to “have fun again”. Susie says: 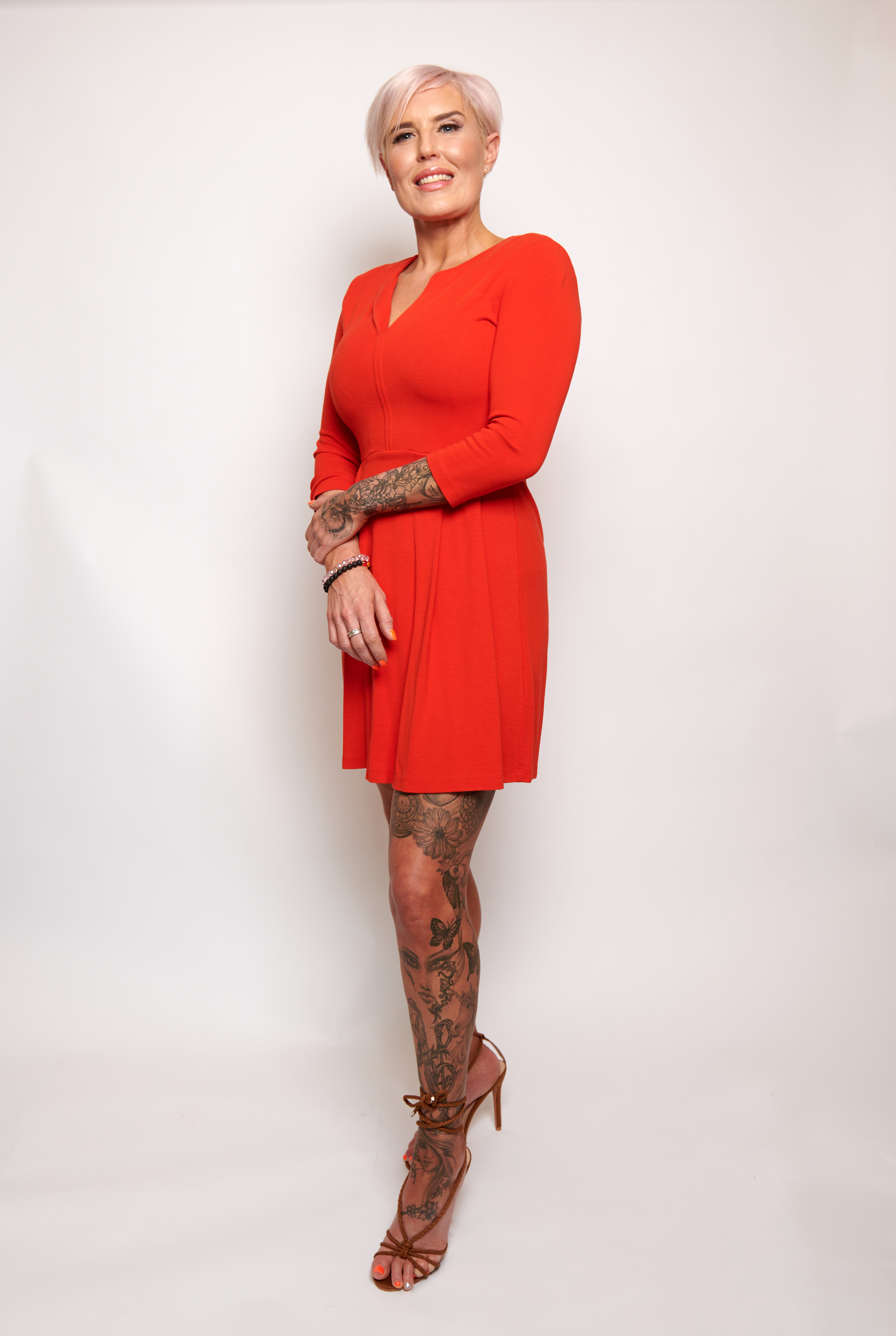 "I MET Tim at the gym in 2005 and we moved in together in 2010. But we started growing apart in 2018 and then ended our relationship a year later. Even though I was the one to end it, I was still really sad about it.

We’d grown apart and kept arguing. Work made it hard to spend time together, and marriage and children was never going to happen. After we split up I felt alone, lost and destroyed. I did not know who to turn to.

As a beautician you have to be upbeat with clients all day – and it really started to take its toll on me. The prospect of heading home to the small flat I was renting and a ready meal for one was awful, especially at my age.

When you recently become single, it feels like everyone around you is in a relationship. Some of my friends were amazing, but they all have husbands and kids so if we plan something, it normally has to revolve around them. When Shaz and Annie asked me to move in, I was overwhelmed. 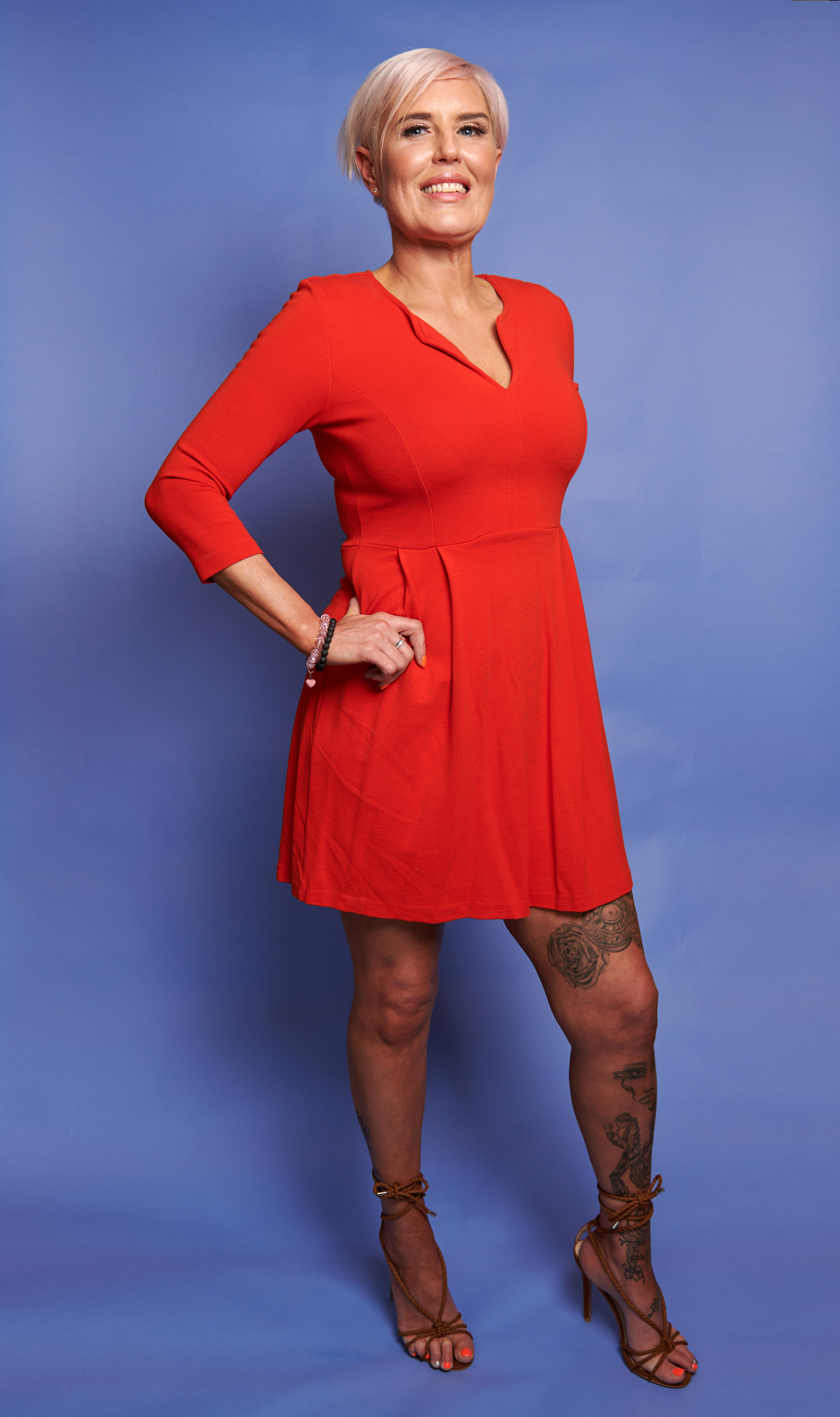 I had gone from being lonely and constantly bored to living my best life. When we have any problems with our exes, we all help and support each other. It did take me a while to learn how to share with two other women.

It would be little things like who would be using the bathroom in the morning. And then there was the issue of sharing chocolate. All of us learned quickly to get our own stash. But as a team, we work.

On date nights we are each other’s glam squad, which is so much better than when we were living with our exes after having split up. We actually pay attention to each other’s outfits. Plus, we tell the truth about an outfit looking terrible.

We are there for each other. We are forever the three divorced amigos and hopefully this is a permanent thing."