IT'S the one cardinal fashion sin you just DON'T commit – but for reasons we can't understand, more and more women are daring to wear white to their pal's big day.

First there was the mother-of-the-groom who rocked up in a white lace gown to her son's wedding and then there was the guest who was actually mistaken for the bride in this heavily-embellished frock. 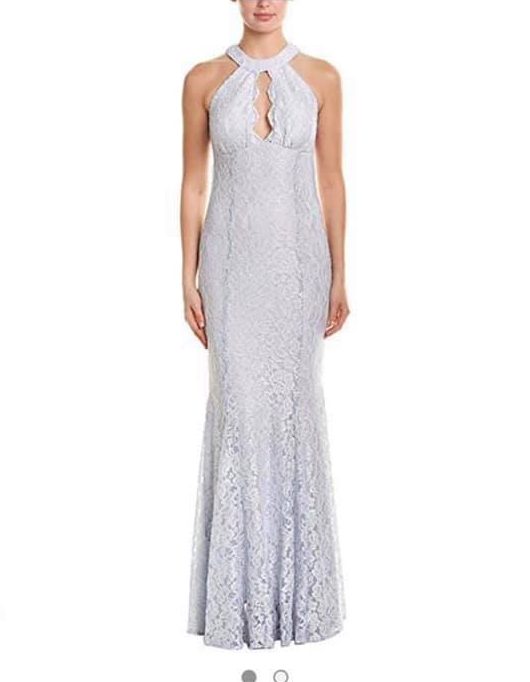 And now another wedding guest is about to get in her bride's bad books by wearing white on her special day – but she insists it's actually "icy blue".

Admittedly a bit frustrated by the restrictive dress code (and how much a new outfit she'll only ever wear once will cost her), the woman was delighted when she found a lace maxi dress she liked.

There's just one small problem – the pretty design wouldn't look out of place walking down the aisle. 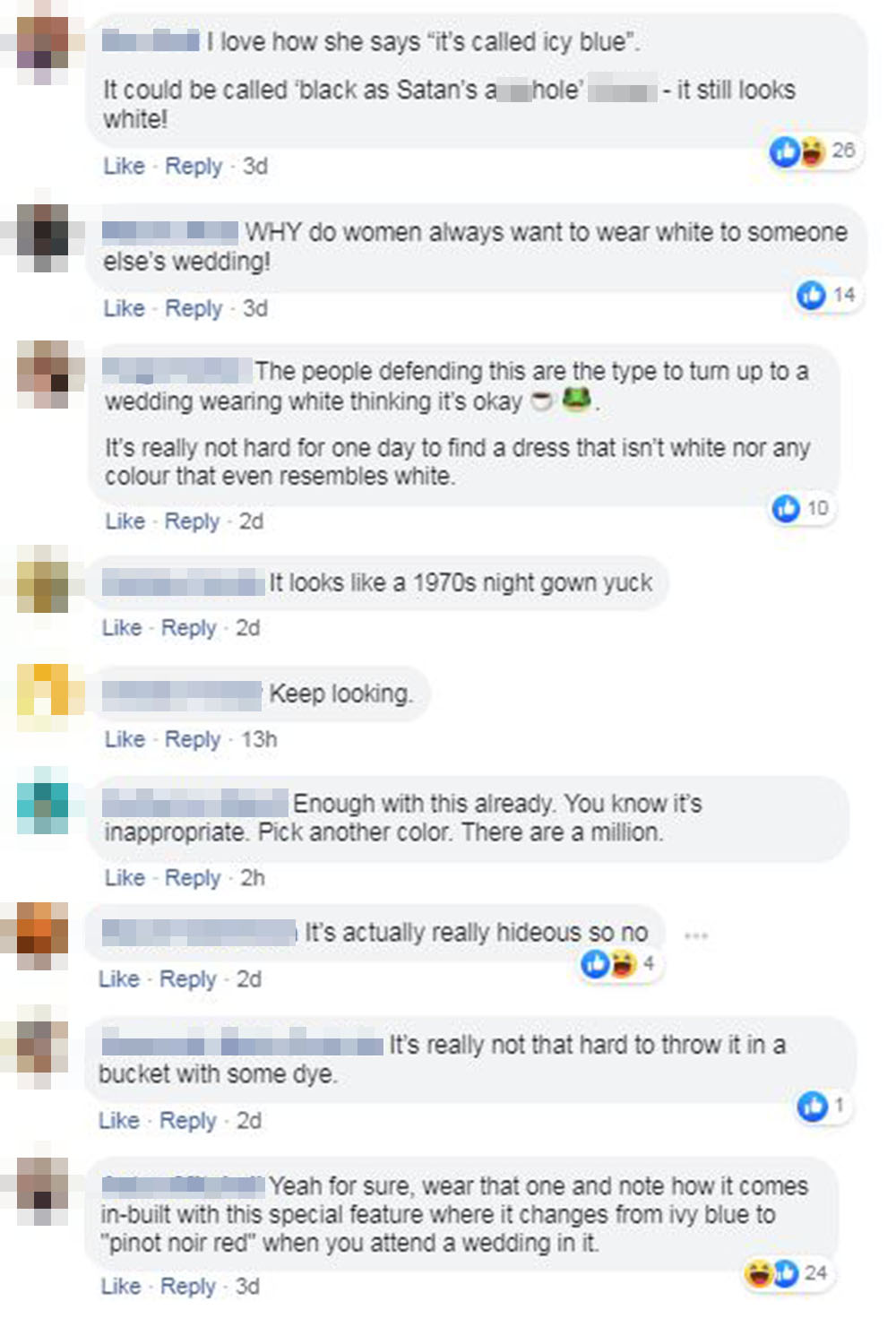 Acknowledging that it looks a little like a wedding dress, the woman concluded: "Tell me if you think the colour is inappropriate towards the bride – and it doesn't come in any other colour."

The woman's post was then shared on the Facebook group That's It, I'm Wedding Shaming, where users ripped in to her choice of outfit.

"WHY do women always want to wear white to someone else's wedding," one frustrated user moaned.

Similarly, another wrote: "It's really not that hard for one day to find a dress that isn't white nor colour that even resembles white."

"Enough with this already," a third replied. "You know it's inappropriate. Pick another colour. There are a million."

But our favourite response has to be the person who logically wrote: "It's really not that hard to throw it in a bucket with some dye." Well said.

For more wedding horror stories, this bride-to-be's unusual engagement ring has been slammed for looking like an "overgrown toe nail" by cruel social media users.

Plus this mother-of-the-bride has been slammed for wearing a MATCHING white gown to her daughter on her wedding day.