WEARING white on someone else's wedding day is the one cardinal fashion rule you just don't break. No questions asked.

However, one daring guest has really pushed the boat out after she rocked up to her pal's wedding in a heavily embellished white maxi dress – and some even thought she was the BRIDE. 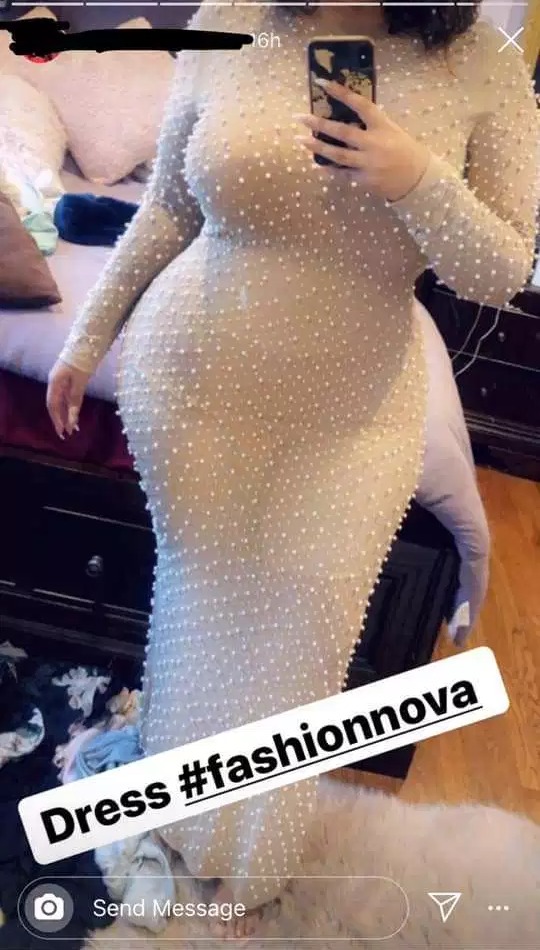 Sharing photos of her controversial outfit on her Instagram stories, the wedding guest posed for a cheeky mirror selfie in her ivory Fashion Nova frock with pearl studded details.

And to really complete the suspiciously bridal look, the daring guest also wore a white pearl clip in her hair as she posed for pictures with the bridesmaids… and notably NOT the bride herself.

Unsurprisingly, the guest's, erm, unconventional outfit choice then made its way onto a Facebook wedding shaming group where other users actually mistook her the bride.

Posting a screengrab of the woman's outfit, one user wrote: "I feel like the dress and accessories look a little too 'bride-y'… thoughts?" 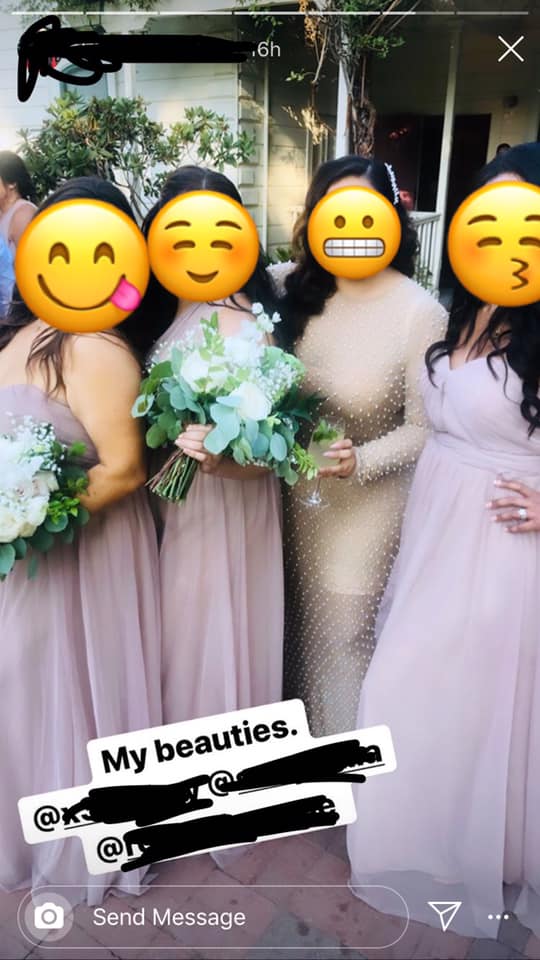 "I thought she was the bride," one outraged user wrote. "The design on that dress is vomit worthy."

Another wrote: "'Bride-y' – sure. Bigger profile: it's see through and trashy."

Taking aim at the pearl embellishment, a third replied: "The dress look like a pin cushion." 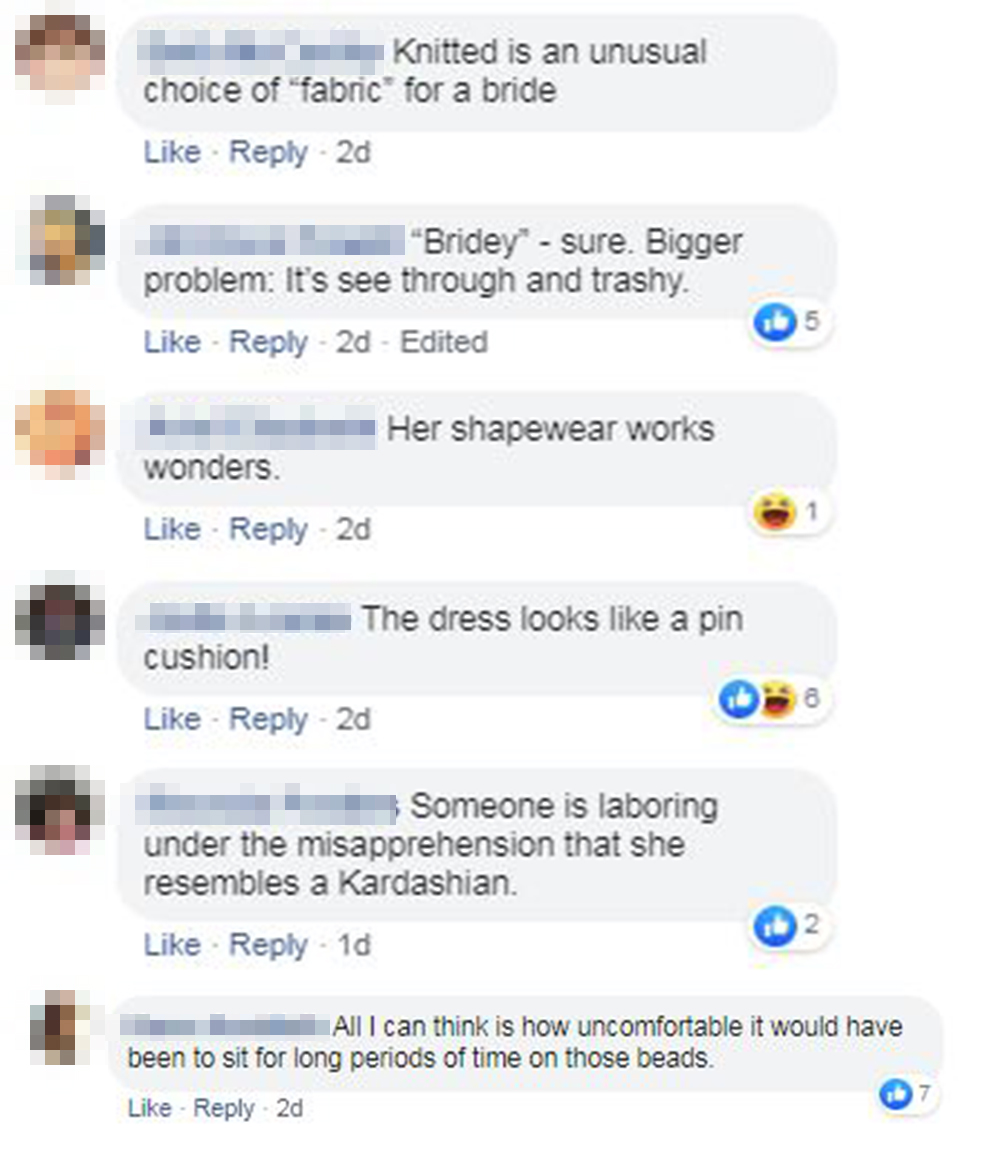 Similarly, a third wrote: "All I can think is how uncomfortable it would have been to sit for long periods of time on those beads."

Mocking the guest's social media posts, another critic wrote: "Someone is labouring under the misapprehension that she resembles a Kardashian."

For wedding horror stories, this couple have been slammed for a swear-ridden wedding invitation that refers to guests as "dumb a**es".

And this wedding guest has been branded a "clown" after wearing a white lace "bridal dress" complete with a TRAIN to her pal's big day.

Plus this disgruntled bridesmaid wrote a £1,350 invoice for her pre-wedding expenses after a bridezilla banned her over a hen do fallout.