A WOMAN has slammed a wedding guest’s dress as "inappropriate" claiming it’s so short you could see her underwear.

Normally the only rule to follow at a wedding is don’t wear white, but one guest still seems to have fallen foul of the fashion police. 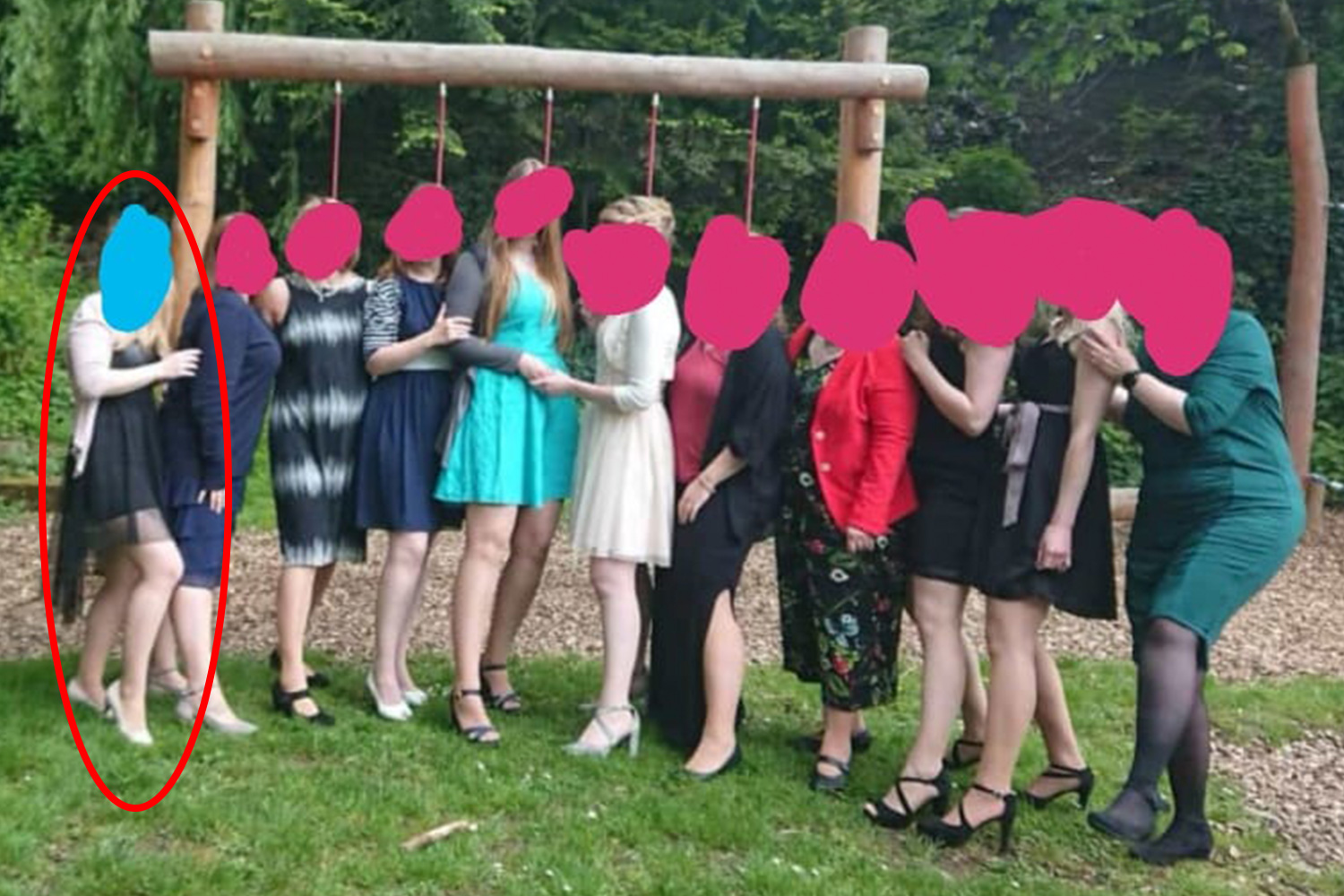 A woman uploaded a photo of a bridal party, singling out one guest’s dress.

She claimed the dark frock, which had a sheer overlay, was so short you could practically see the girl’s knickers.

Despite the guest teaming it with a nude cardigan, her dress was called “absurdly short”.

Uploading a photo to Facebook group That’s It I’m Wedding Shaming, she said: “A friend's sister got married at the courthouse today, she looked lovely and they have a nice relationship, but I'm shaming the absurdly short dress of the girl on the far left (blue head).

“You can totally see all the way up to her underwear. I think it's inappropriate.”

But she didn’t stop there, as she also blasted the backdrop for the photo – a children’s playpark.

She added: “Also, the picture quality and location and composition in general.”

Dozens of people have commented on the photo – but instead called the woman “jealous” – claiming there’s nothing wrong with the dress. 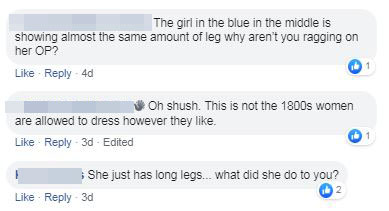 One person said: “You obviously have a personal problem with her, seeing as you didn’t say a word about the equally as short light blue dress.”

A third wrote: “Did the girl with the blue dress steal your boyfriend or something? You seem to dislike her.”

Someone else said: “Your life will become a lot better when you stop being so jealous of other women.”

Another person commented: “I don’t see any underwear. Maybe you are just staring too hard?”

Meanwhile this mother-of-the-groom was slammed for wearing a plunging white dress to the wedding.

For more wedding horror stories, this "inappropriate" wedding guest has been accused of trying to upstage the bride by wearing a bodycon dress with exposed sides.