WEARING white to a wedding is often seen as a huge faux pas and one woman has been slammed online for wearing a white LACE gown to her cousin's big day.

The guest was criticised by Reddit users after a photograph was shared online, which shows the woman in the centre of the snap while the bride stands on the outskirts. 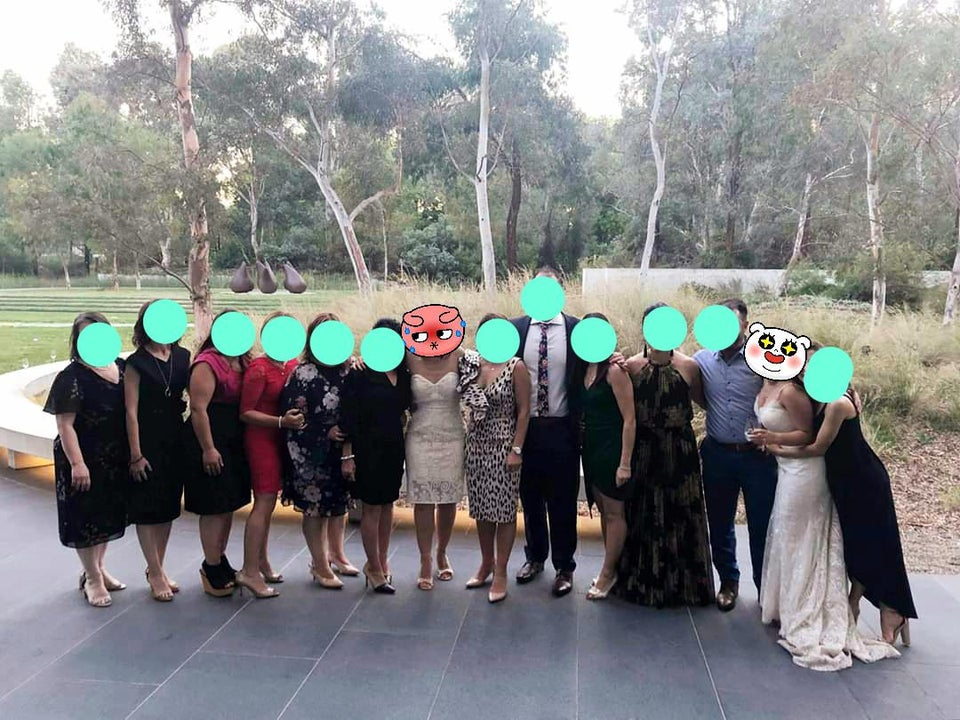 Sharing the image on Reddit, one user wrote: "Bride on the right and cousin in the middle.

"Not a bridesmaid. Why not go all out and wear a floor-length white dress?"

The woman can be seen wearing a knee-length white lace dress with a sweetheart neckline – and other users were not impressed.

One wrote: "I totally thought the cousin was the bride, tacky." 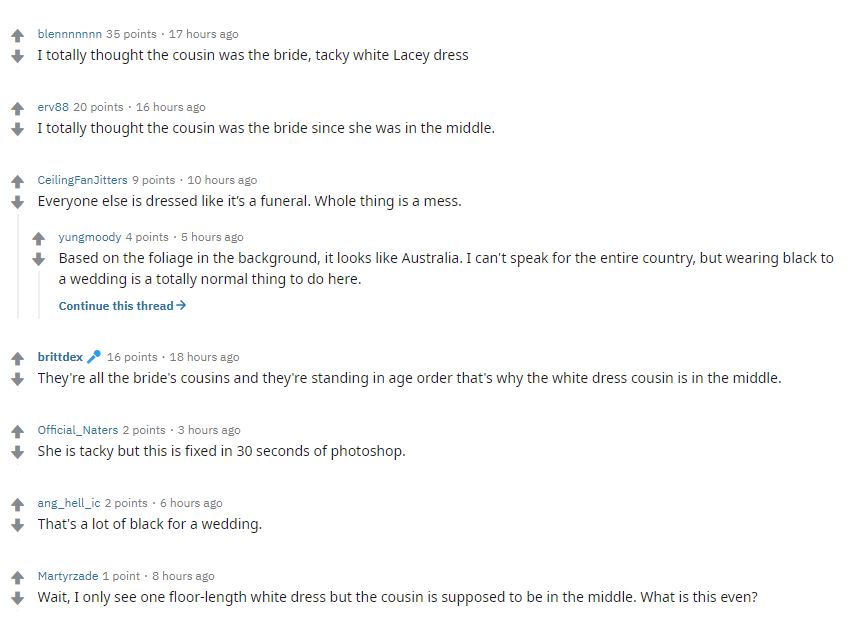 However, the person who posted the image explained: "They're all the bride's cousins and they're standing in age order that's why the white dress cousin is in the middle."

Yesterday, we told you how one bride was mocked for wearing tiny lace shorts and a huge train to her wedding.

Meanwhile, one guest defended wearing a floor-length white gown to her friend’s big day after saying "everyone kept looking" at her.

Would you wear white to a wedding?

In other wedding news, we told you about the newlyweds who posed for a cringey garter photo with a very confused little boy next to them but all people notice are her socks.

We also revealed one woman puts engagement ring up for sale for £5 after offering it to ex’s girlfriend for free as ‘she likes what’s mine’.

And we showed you newlyweds have their first dance with Mickey and Minnie Mouse and people can’t decide if they’re jealous or appalled.