Vogue Williams, 34, is known for her starring in Dancing with the Stars and Stepping Out. The model also won the 2015 series of Bear Grylls: Mission Survive. She has been married to Spencer Matthews, 32, since 2018. What is her engagement ring like?

The couple started dating after they both signed up to compete in Channel 4 reality series The Jump in 2017.

Vogue was forced to pull out of the show after injuring herself in rehearsals whilst her now husband Spencer went onto win the series.

The couple got engaged in February 2018 after announcing the news on Instagram where Vogue shared a picture of her diamond ring.

Spencer proposed live on stage after the couple enjoyed a performance of the Lion King where the Irish model was given a huge ring. 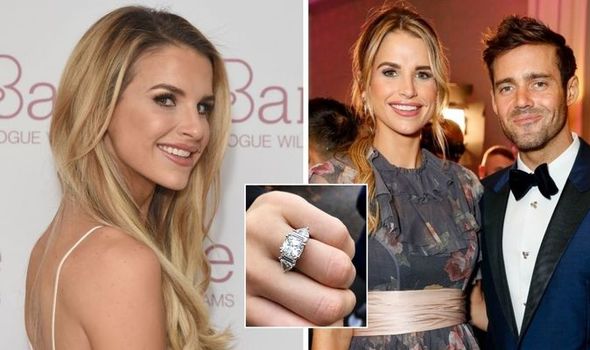 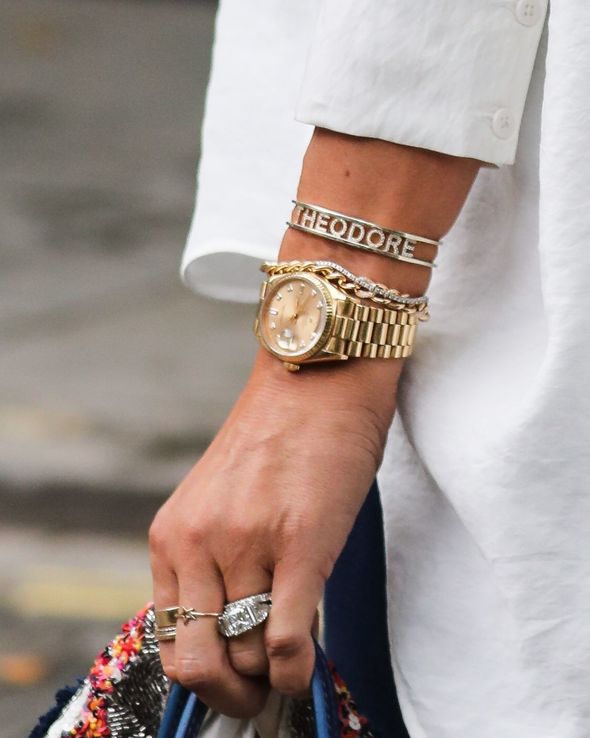 Speaking about his decision to propose to Vogue, the Made in Chelsea star said: “I’ve known Vogue was the one for a long time. We’re very happy and in love. She’s my best friend and I can’t wait to spend the rest of my life with her.

“The engagement had to be special, and as our first trip away together was to Disneyland Paris, it felt like the perfect fit.

“The Lion King is also one of the greatest stories of all time, so I figured that having just had a romantic evening watching it, she’d probably say yes!”

The couple were engaged for just four months before they tied the knot in June 2018.

They kept their marriage plans private but it was shortly revealed after that they got married in a secret loch-side ceremony at Spencer’s family’s Glen Affric Estate in Scotland.

Spencer and his family often use the estate as a retreat away from their London home which is surrounded by over 10,000 acres of land.

The couple later went on to have son named Theodore in 2018 and they recently introduced their daughter Gigi into the world in August of this year.

The actor comes from a wealthy family with his father, David Matthews being a self-made multi-millionaire through his career in motorsport. 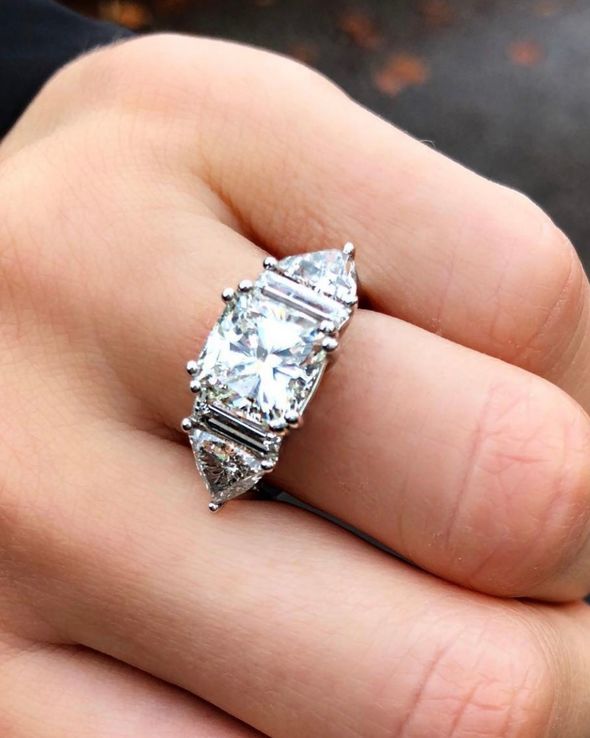 It is no wonder that Spencer spent a huge amount on Vogue’s ring after his own net worth is said to be around £11million thanks to his own career.

According to diamond Specialist Seamus Fahy of engagement ring specialists Voltaire Diamonds in Dublin, the ring is worth a staggering amount.

The expert explained to the Irish Independent: “The centre stone looks to be a 4ct centre radiant, with parallel baguette and trillion side diamonds making up a total carat weight of at least 1.25ct.” 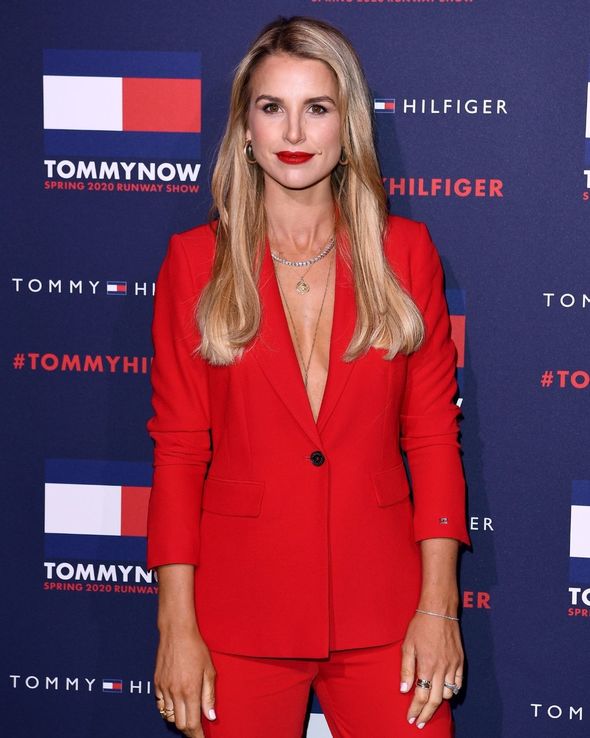 The Made in Chelsea star shared that he designed the jewel himself so that he could make it Vogue’s dream engagement ring.

Sharing a photo of the ring to his Instagram he wrote: “My friend Neil @duttsonrocks and I really enjoyed the journey of making this beautiful ring for my fiancée @voguewilliams… I loved designing it and believe it suits her perfectly.”

He added that repeat trips to the workshop in Hatton Garden were all worth it.

They got married at Westminster Boating Base on the banks of the River Thames where Vogue opted for a white jumpsuit with an overlay skirt.