Body Language expert Judi James has revealed the couple – who attended the prestigious evening with their eldest son Brooklyn Beckham, 19 – came across as fashion’s ultimate power couple, but suggested their union was all a show for the cameras. 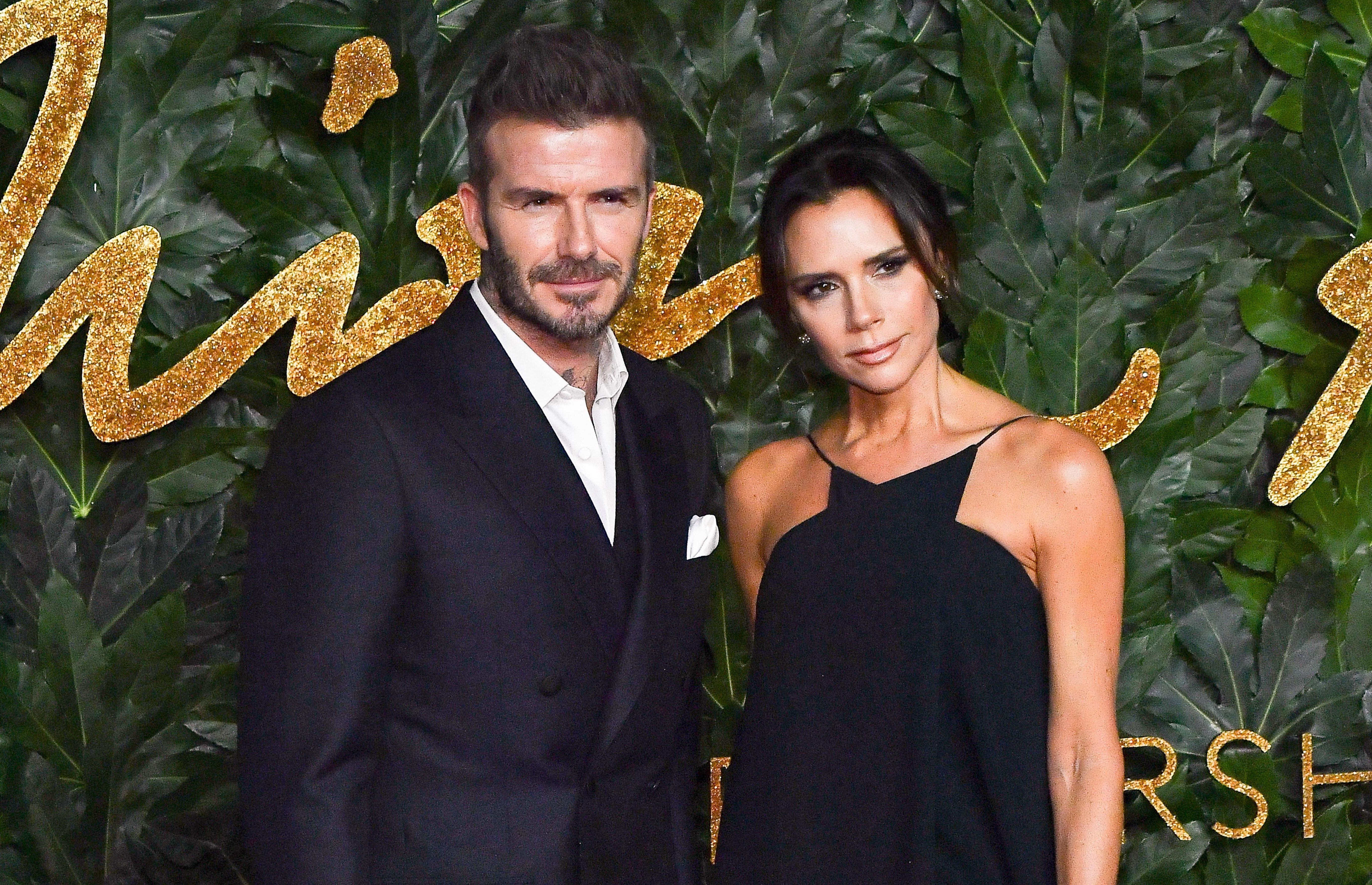 “Fashion now seems to be the posing tie that binds for The Beckhams who seem far more comfortable and congruent together than they have looked of late, striking a Zoolander-style 'fashionista power couple' pose on the fashion awards red carpet,” says Judi. 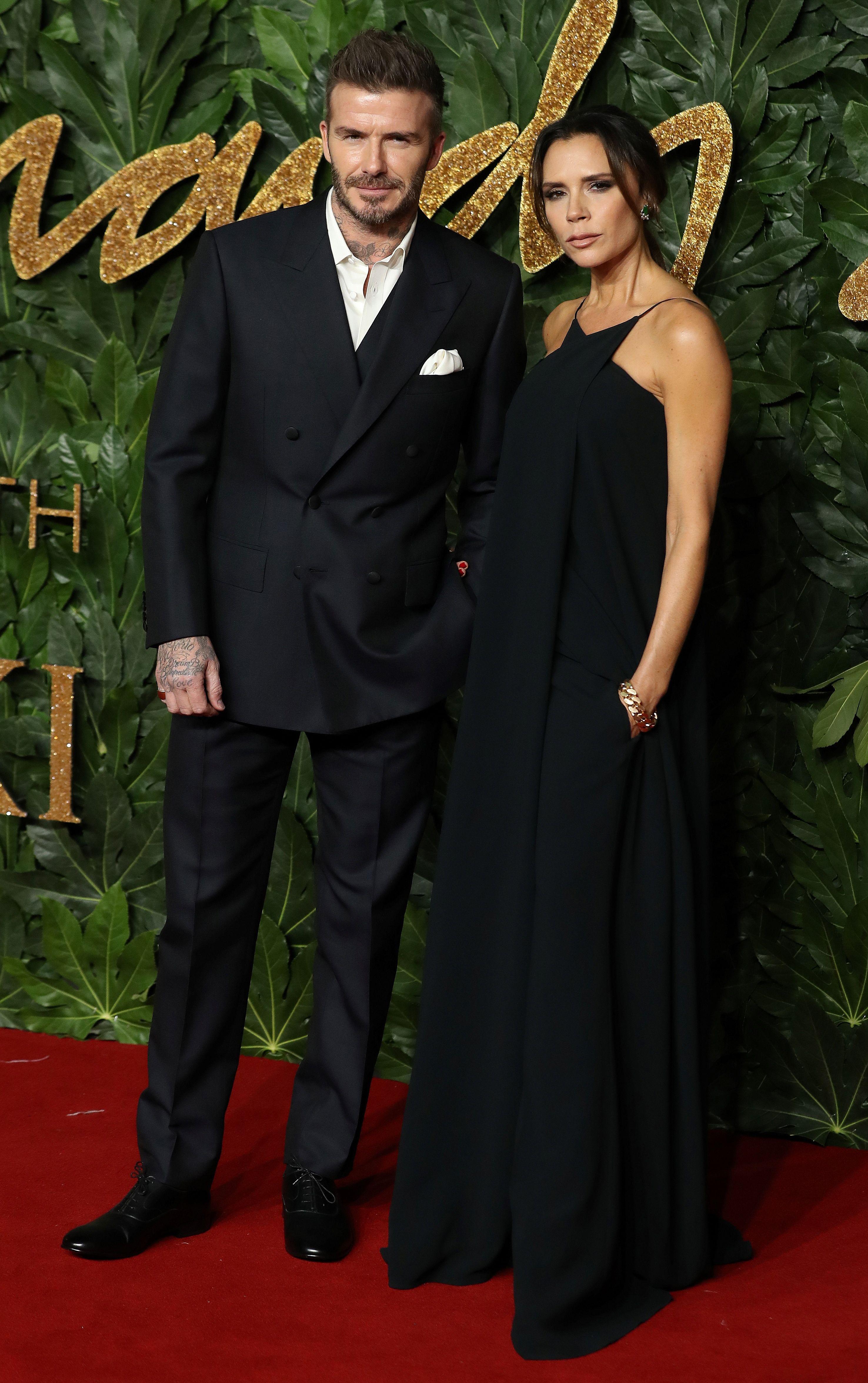 “David does his signature frown and eye squint and Victoria seems to be copying the look with a matching pout and narrowed-eyed stare.

“They manage to look sophisticated and rather intimidating here like the power couple you'd rather not cross.

“Their torsos lean together to signal they are a couple but the aloof fashionista faces give no visual hint of shared warmth, humour or fun here.

"Victoria's doing performed poses for the camera, looking rather awkward and self-conscious rather than relaxed and comfortable."

And the show continued as they posed as a family, Judi explains. 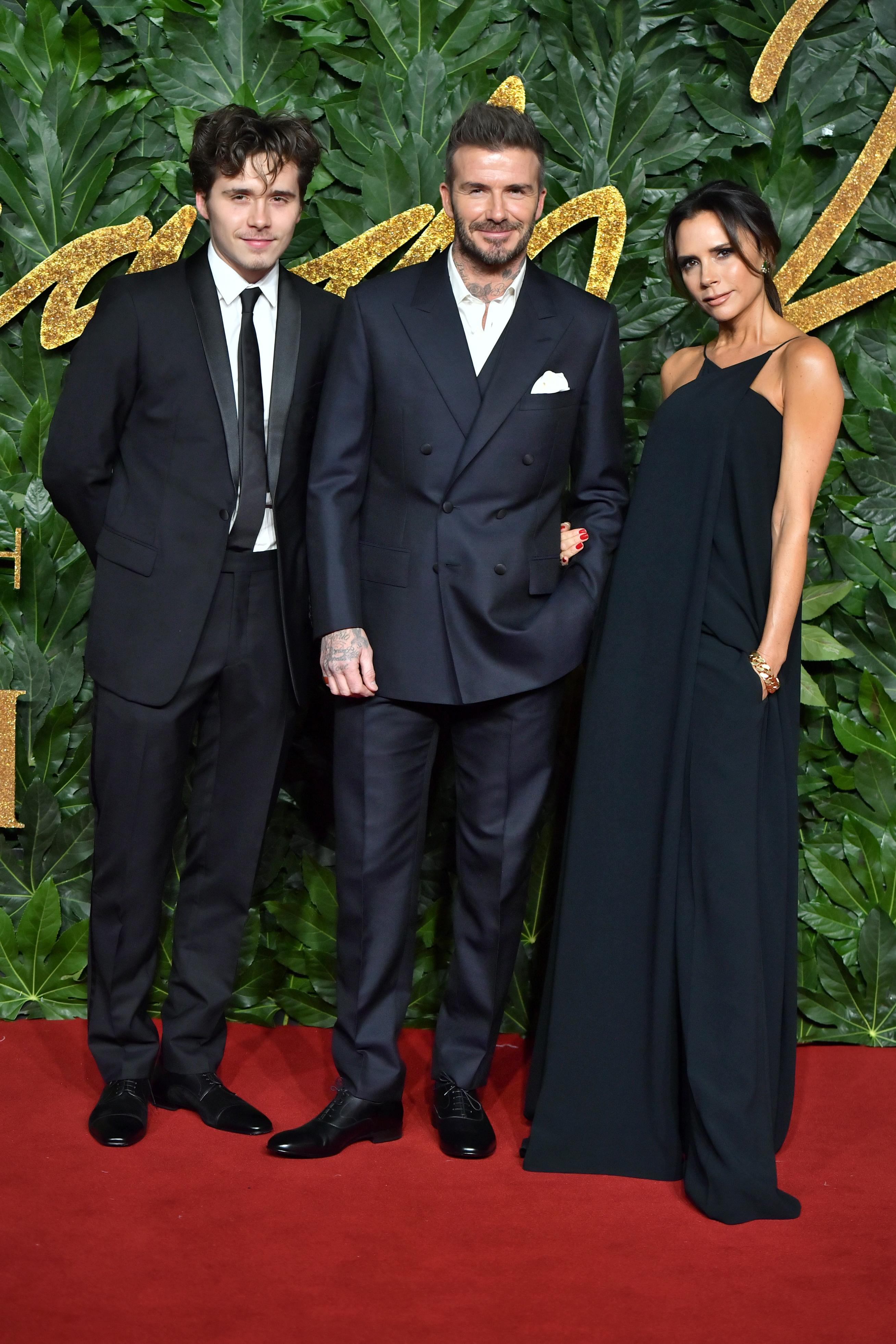 “David is clearly presented as the hub alpha in the pose with his wife and son, raising his cheeks in a smouldering smile to camera while Victoria hangs backwards off his arm with a shoulder shrug and her hand stuffed into a pocket of her full dress.

“Her head is tilted towards David here but her torso is tilted away, making it looks as though she sees her husband as a rather precious item to be admired from a slight distance.”

The Beckhams arrived in style at The Royal Albert Hall with Victoria, 44 – who was nominated for the British Designer of the Year Womenswear award – wearing a floor-length halter neck dress from her own collection worth almost £1,800. 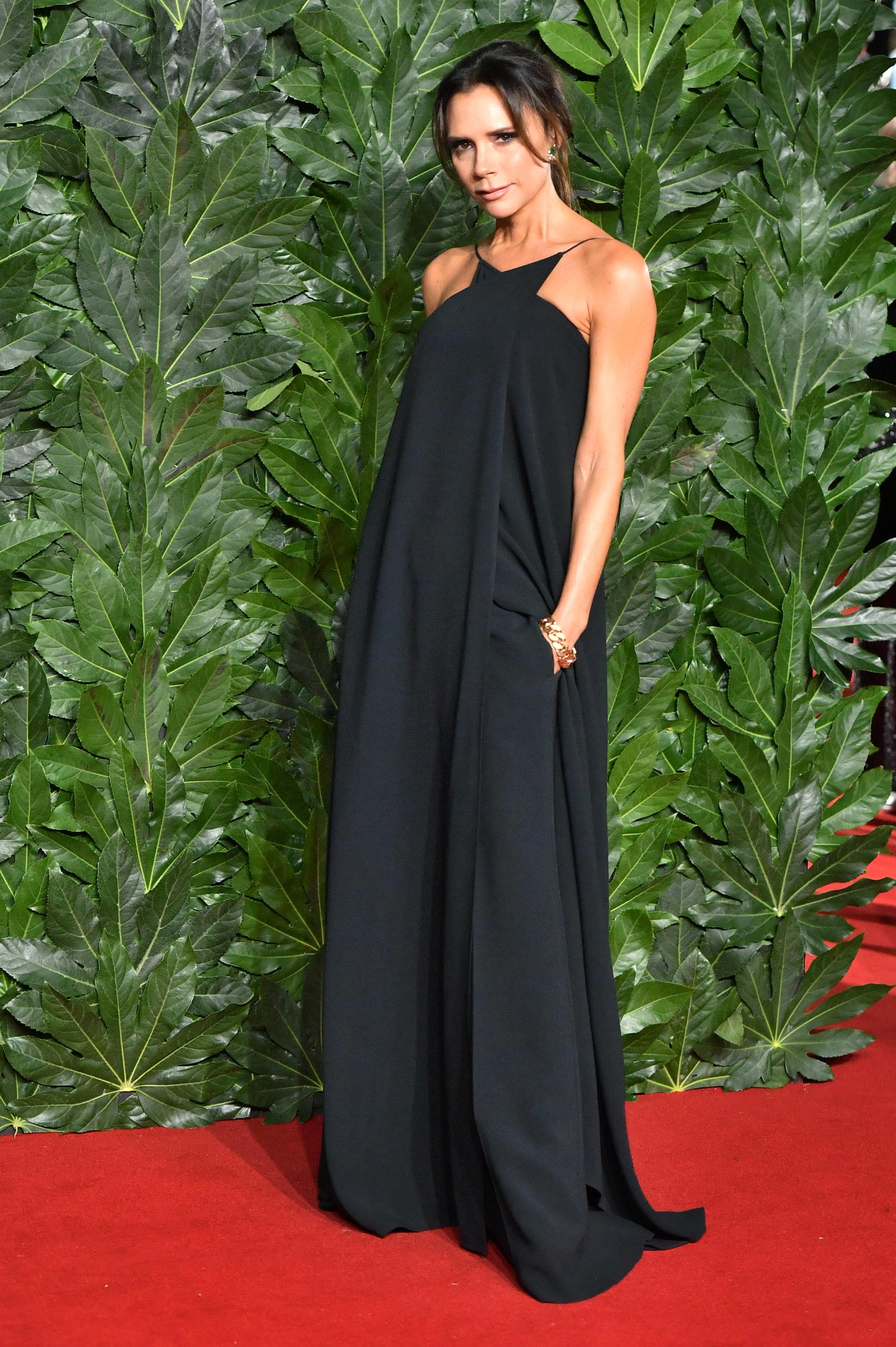 David, 43, who is the Ambassadorial President of the British Fashion Council, also cut a suave figure in a tailored black suit with an unbuttoned white shirt showing off his tattooed chest, the monochrome colour scheme perfectly complimenting his wife's ensemble.

The pair’s relationship hit the headlines in October after David gave a frank interview to The Sunday Project – an Australian TV show – where he said his marriage to Victoria is “always hard work” and admitted it was also “complicated”. 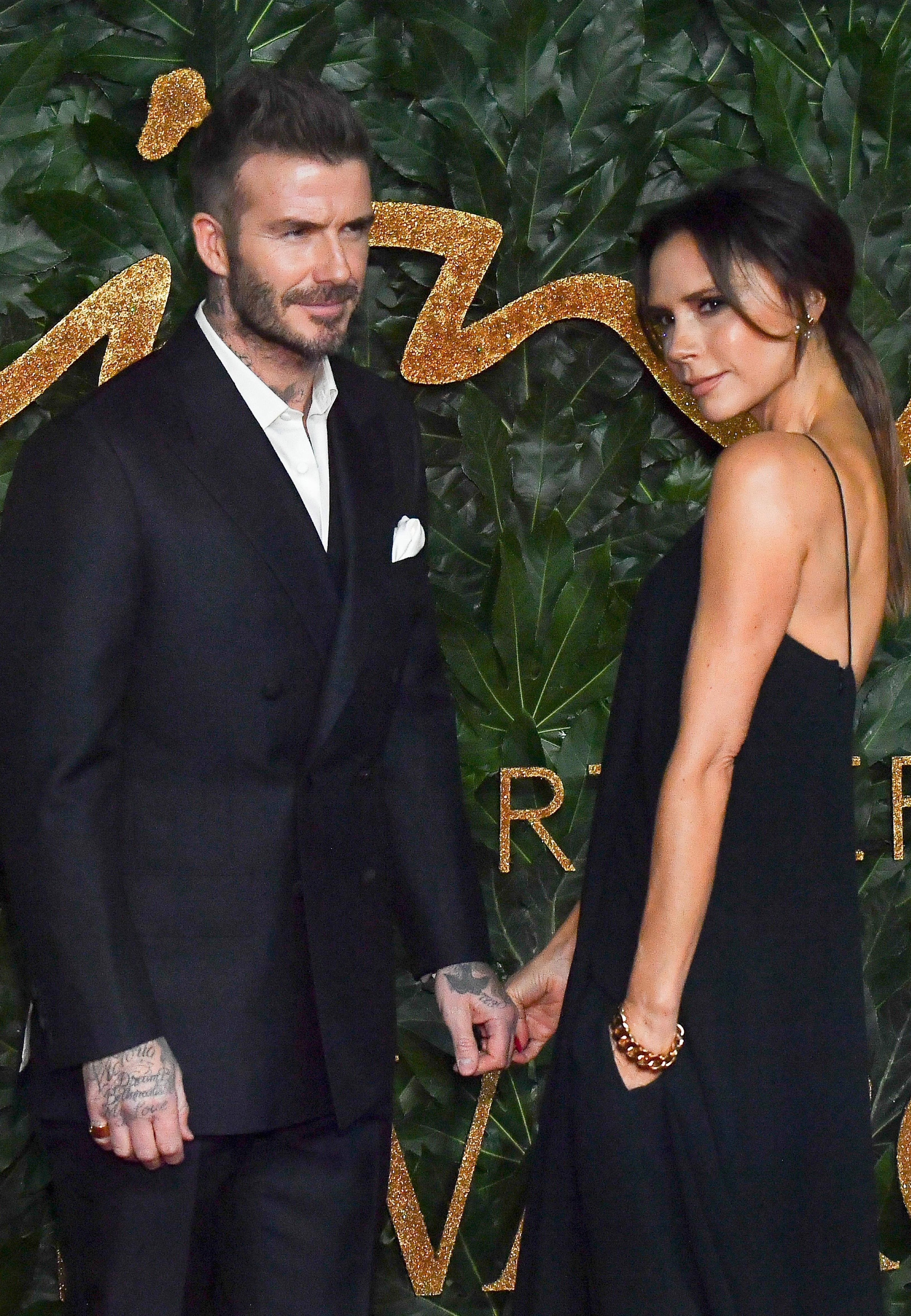 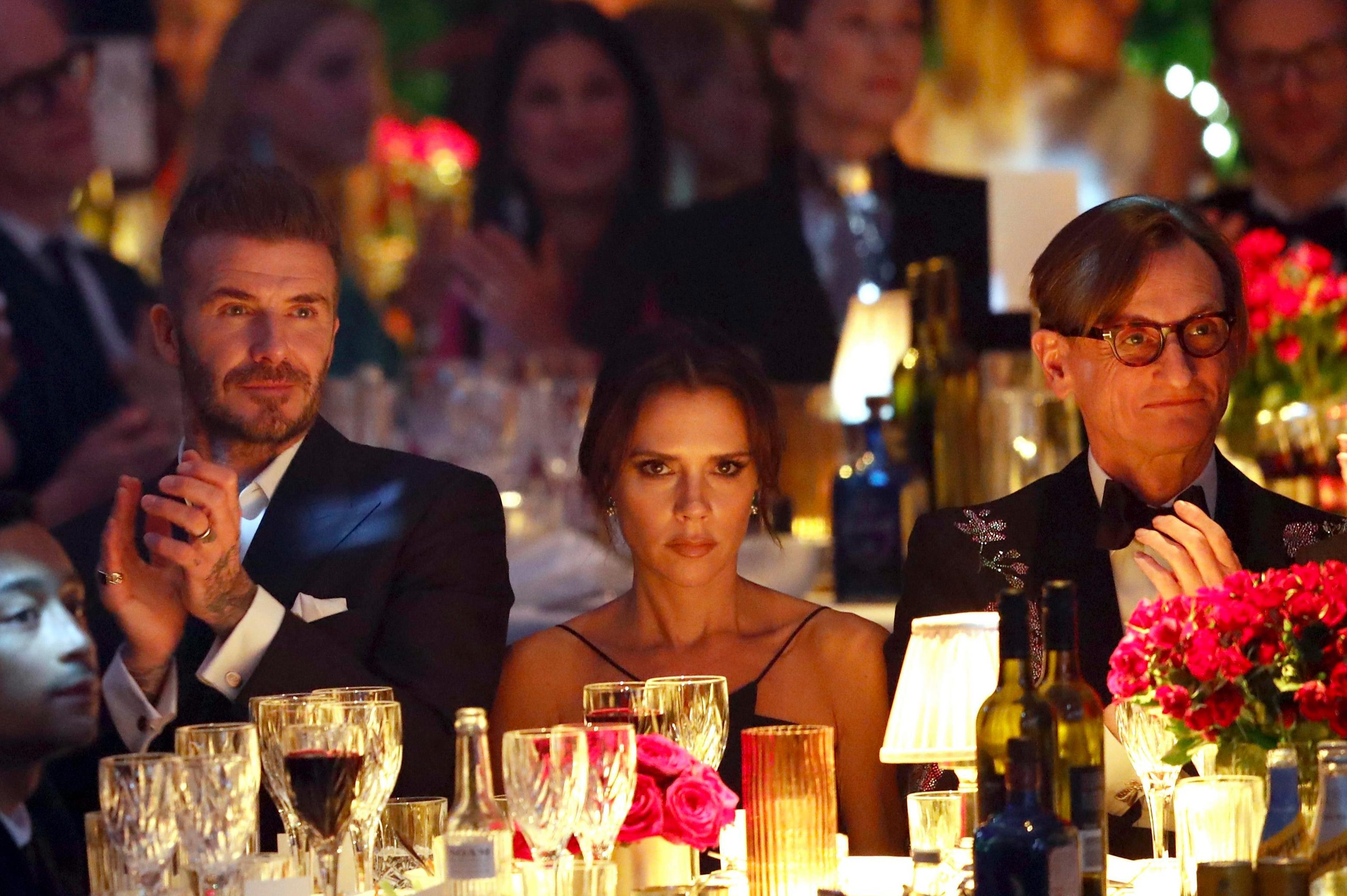 Victoria, on the other hand, rubbished any rumours of a split telling Vogue that their partnership had added to their success: "We both realise that we are stronger together than we are as individuals,” she said.

"Would either of us be in the position that we are in now had we not met and been together all those years ago? It’s all about the family unit.

"We are much stronger the six of us, than we would be if we were individuals.

"We respect that family bond and that is key."

Want to see all the outfits from The Fashion Awards? Check them out here…as well as Meghan Markle's surprise appearance…

Earlier this week, we told you Topshop launches a £35 dress version of its best-selling silk skirts – and it comes in five colours.