TWO sisters who married a pair of brothers have shared their joy at their children being 'double cousins' thanks to the one-of-a-kind family setup.

Hope and Hannah Weaks, from North Carolina, USA, were already sisters by blood, but they also became sisters-in-law when they wed siblings Ben and Brian Minter. 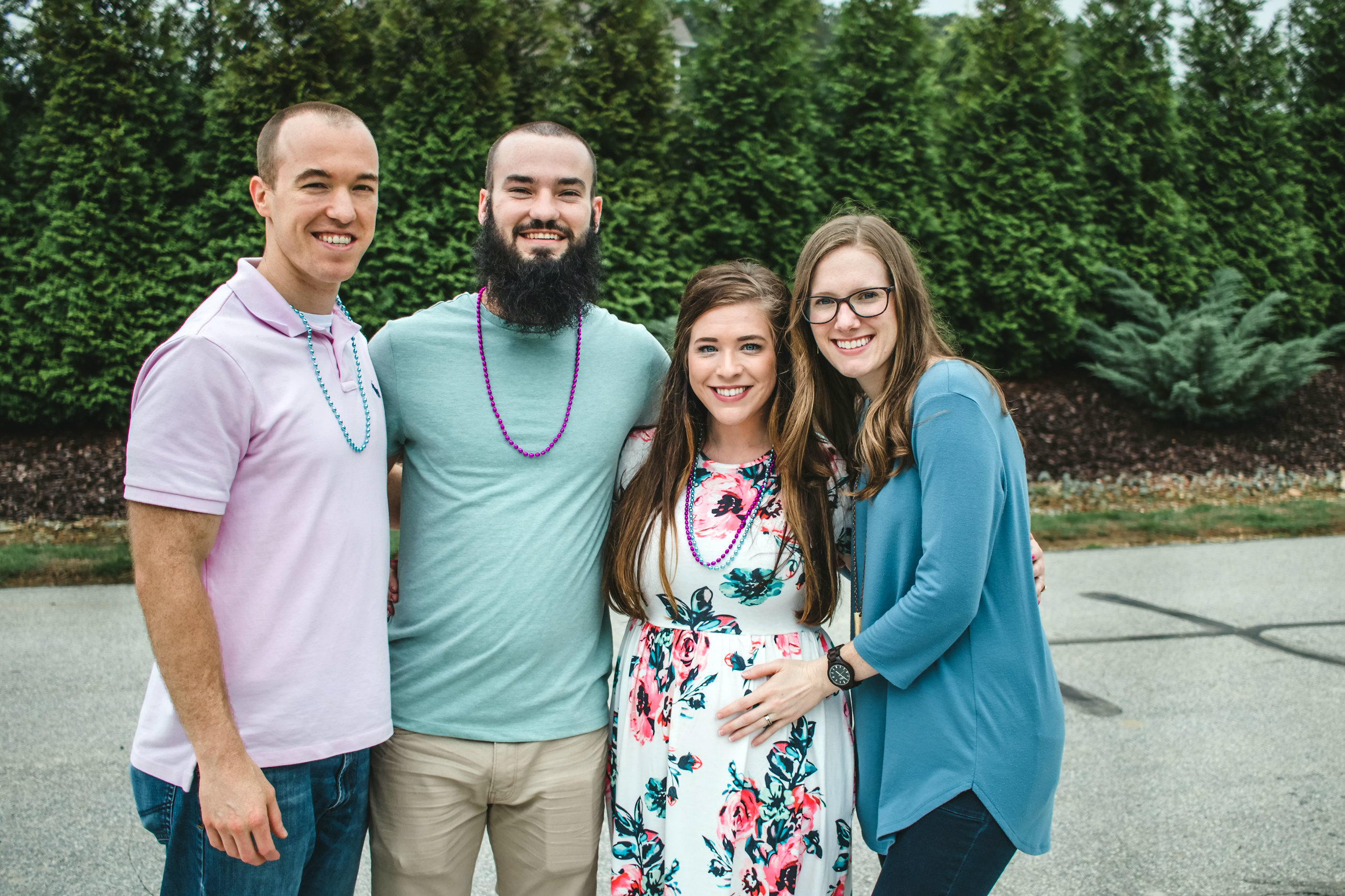 Hannah, was just 13 years old when she started dating Brian, in 2007, with Hope and Ben getting together shortly after after chaperoning their younger siblings on dates.

Sadly Hannah and Brian broke up in 2008, Ben and Hope continued to date until the pair got married in 2011, with both their siblings by their side.

And while Hannah, a hair stylist, and Brian, a shipping associate, had remained good friends after their  school romance, years later they still had 'chemistry'.

So when Hope, a web designer, and Ben, a freight manager, threw a party for their daughter Kira's first birthday in December 2016, Hannah and Brian rekindled their love. 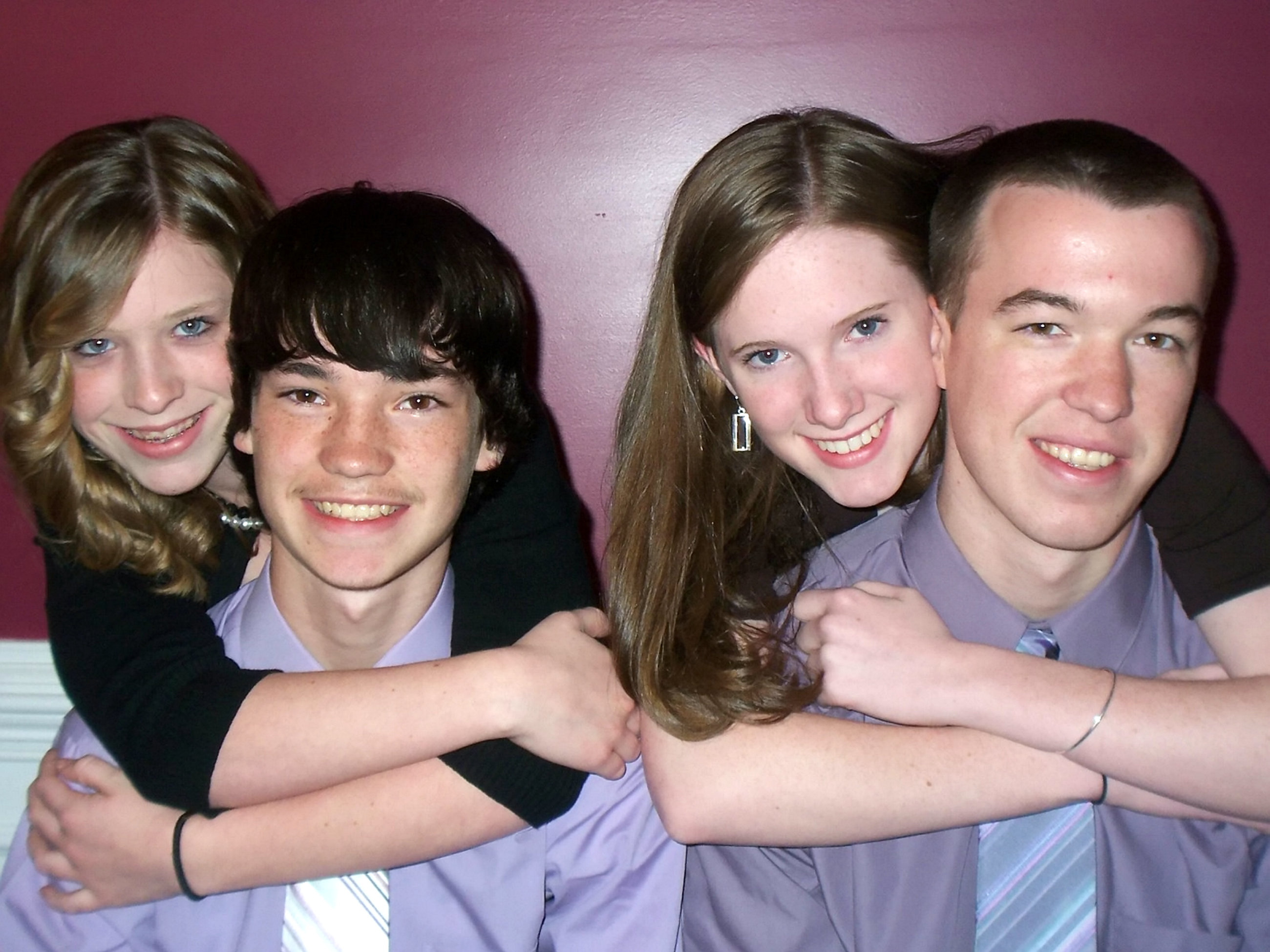 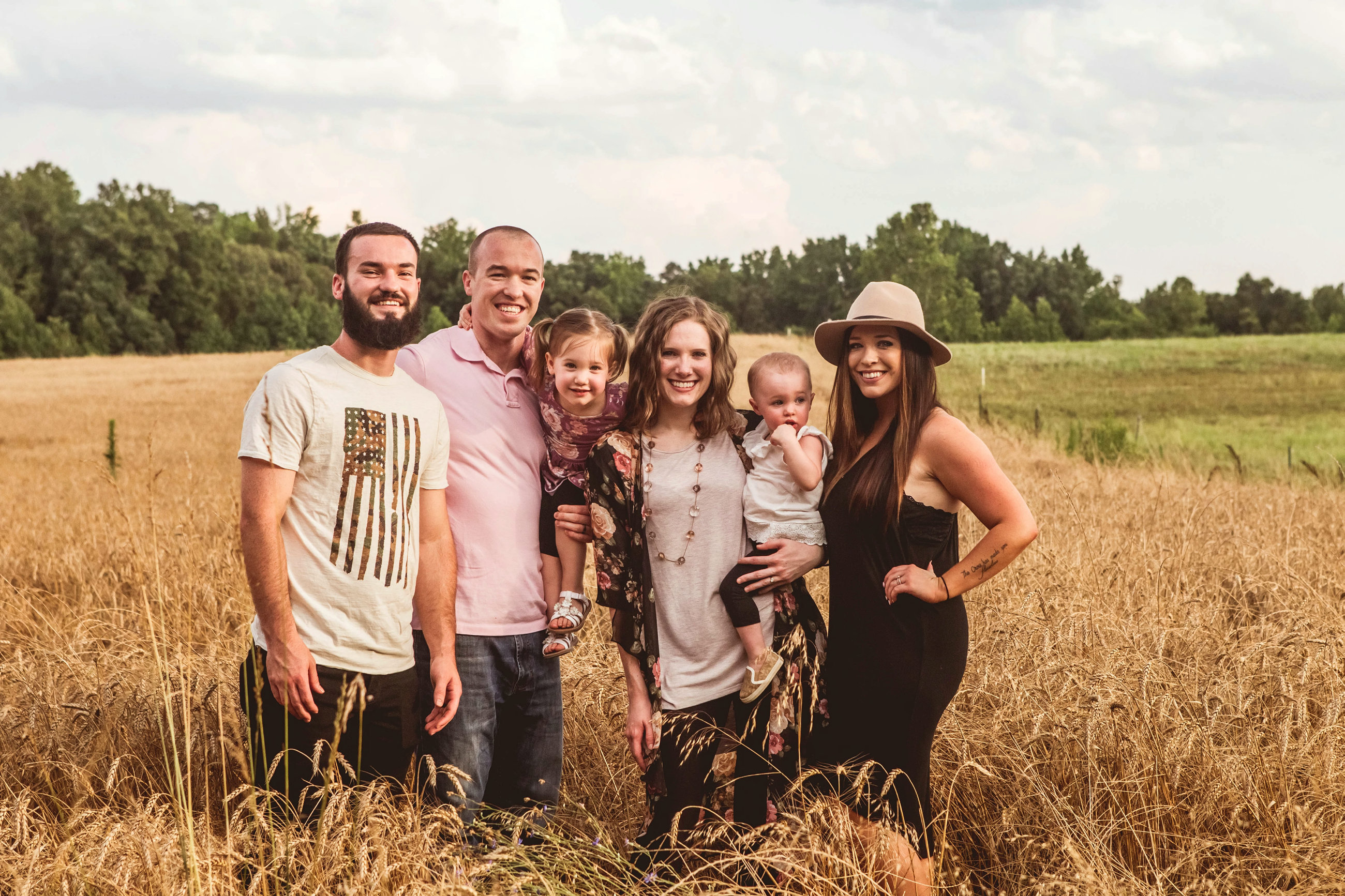 Happy couple Hannah and Brian, both 25, were married in December 2017 and the couple are now expecting their first child, a girl, in November.

The sister duo are looking forward to their children being 'double cousins' – when cousins are blood related through both parents.

Hope, 28, explained: "Brian and Hannah started dating when they were in school and our parents wouldn't let them go on dates alone, so Ben and I had to chaperone.

"We built up a friendship and when we would have to take the younger ones bowling or to the movies, we got to hang out too so it turned in the something more. 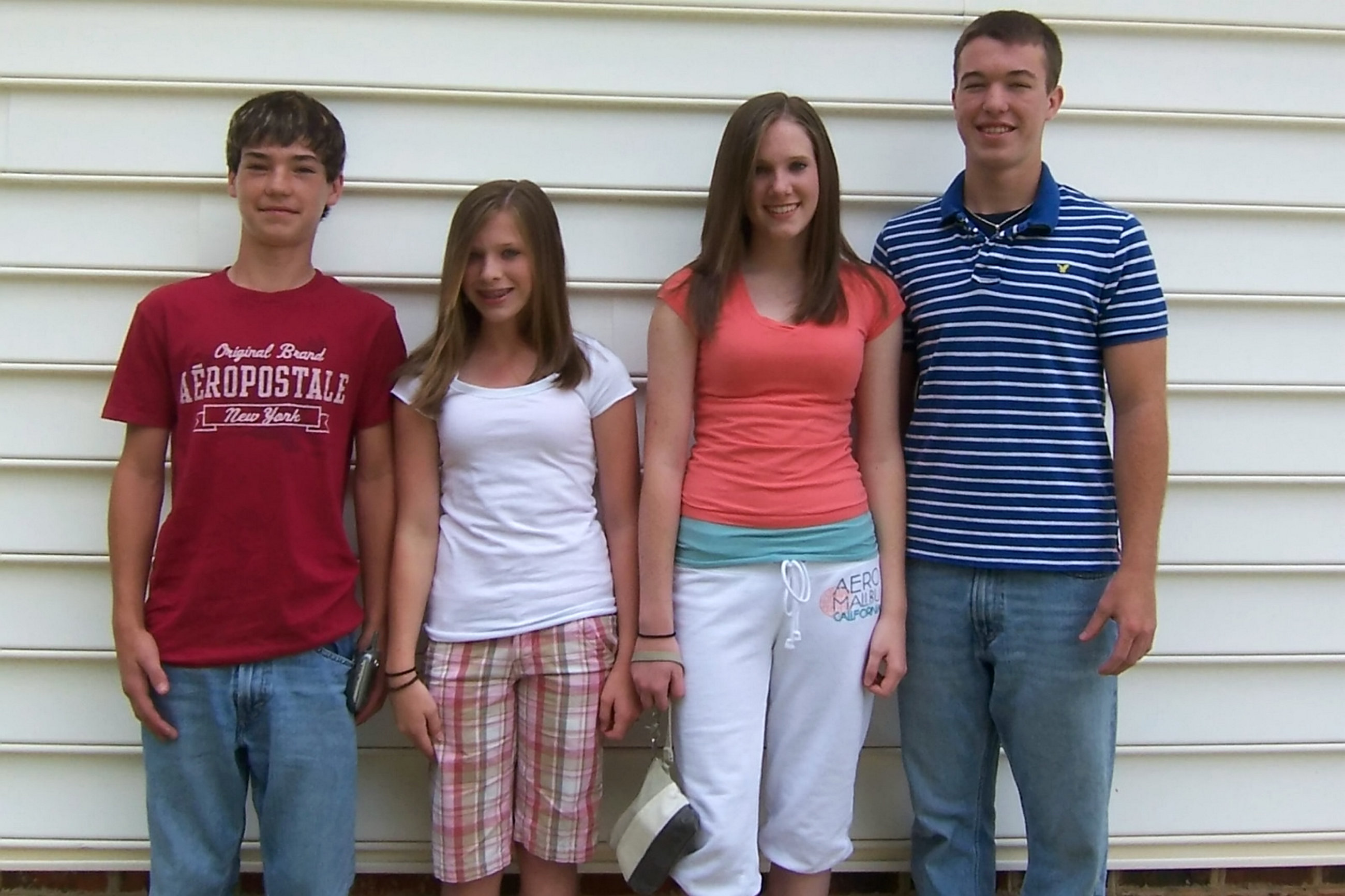 "Ben and I ended up getting married in 2011 and we had our first daughter Kira, three, a couple of years later in 2015."

Hannah added: "Brian and I broke up just before we started high school but we remained friends. Over the years, we always had chemistry but it was never the right time.

"When I met Brian at our niece's birthday, there was something different between us and things just fell into place.

"We kept out relationship a secret at first because we didn't want to cause any drama in our family if things didn't work out. It was a fun time and gave us the opportunity to test our relationship was real.

"We became engaged in September and we got married on New Year's Eve." 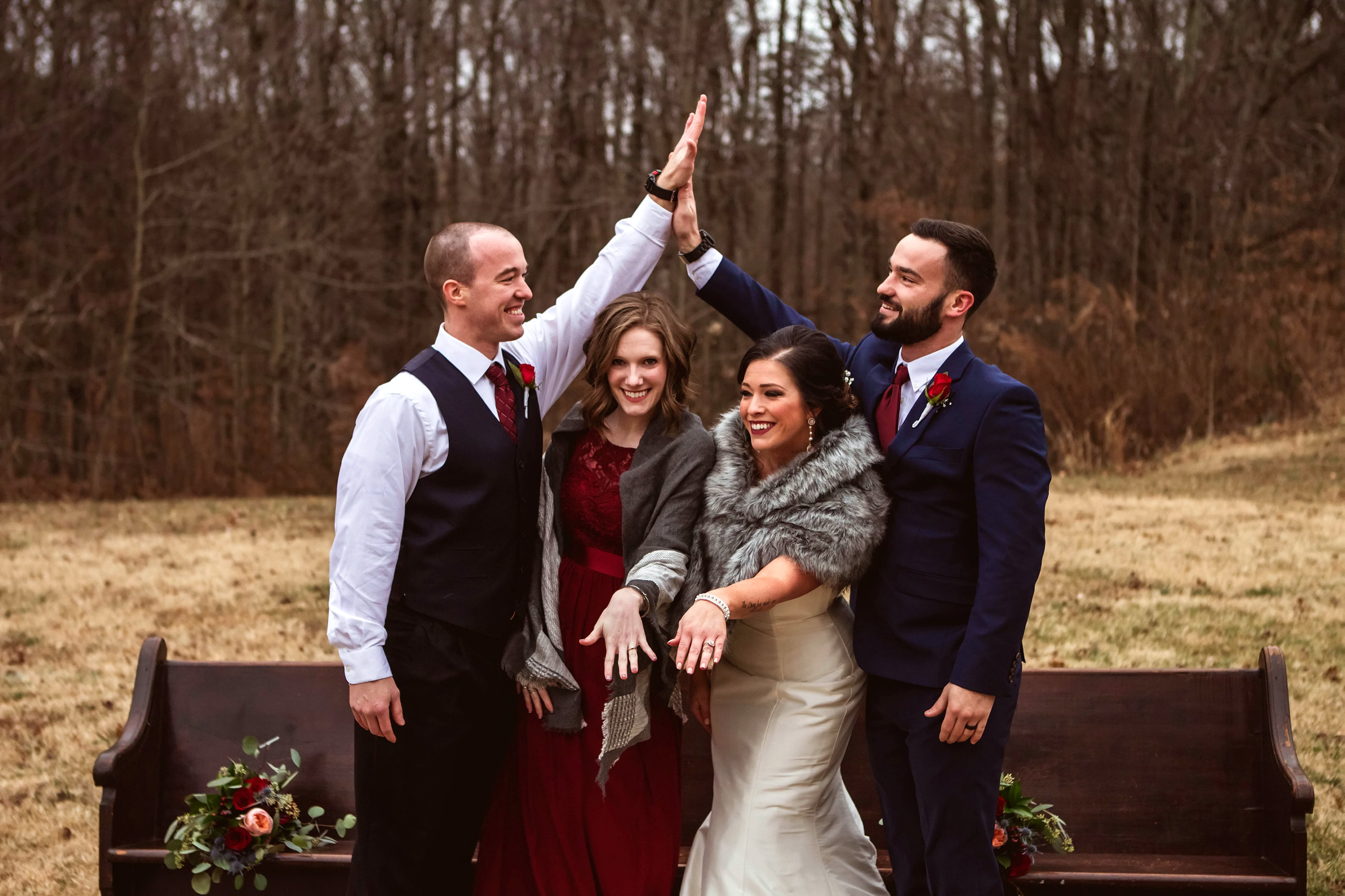 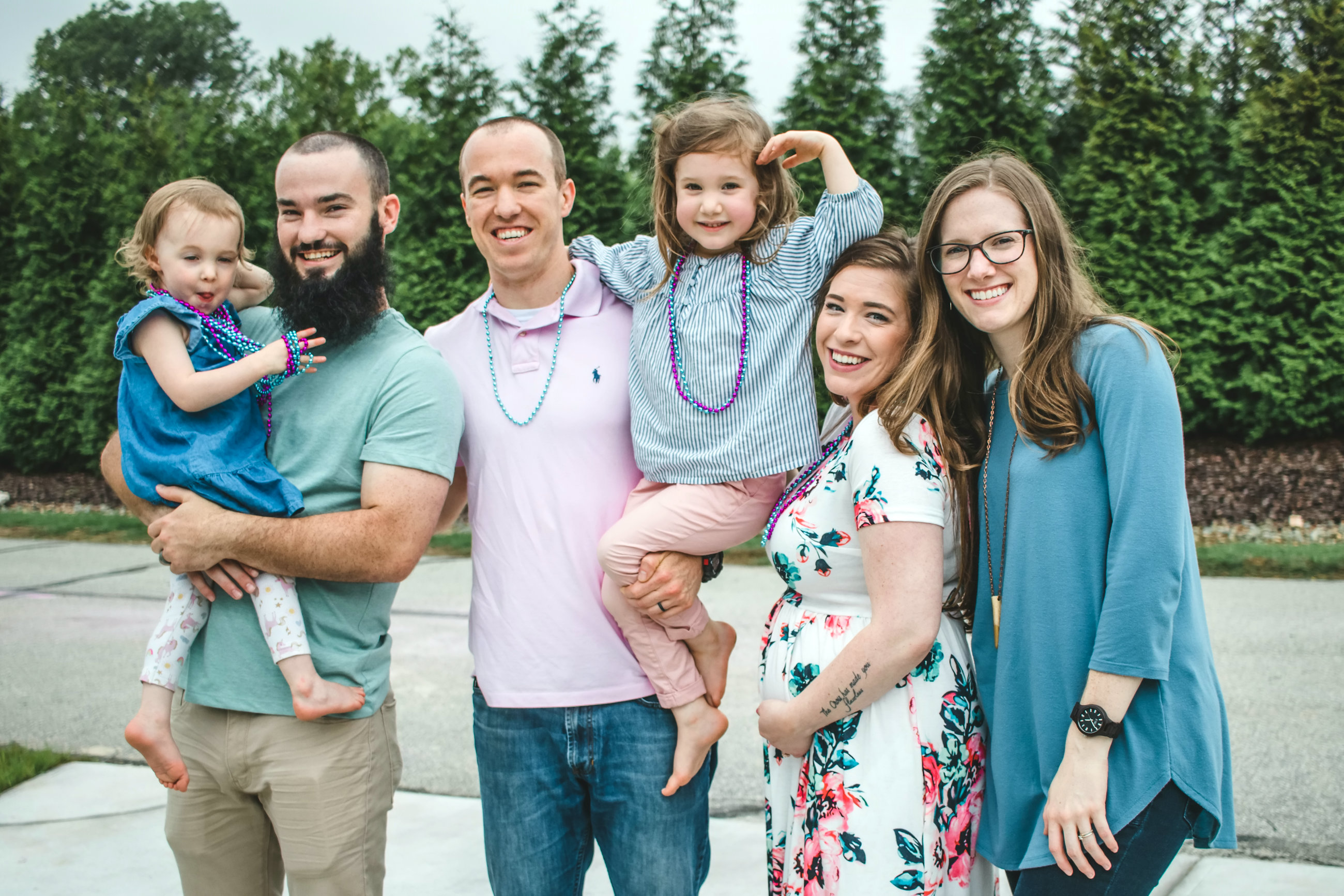 Hope and Ben initially didn't believe that their siblings would reconnect, but were overjoyed to hear that the couple had decided to get married last year.

Ben, 30, said: "Hope and I were pretty much always of the same opinion that we didn't think they would get back together as they seemed to be going down their own paths.

"When they decided to get married it was a pretty joyous time for the two of us to be a part of that time and to have confidence that they were both marrying that genuinely cared for our siblings."

Hope added: "It was so awesome to watch my sister marry Brian and have our daughters be a part of their big day. It's been great for our whole family." 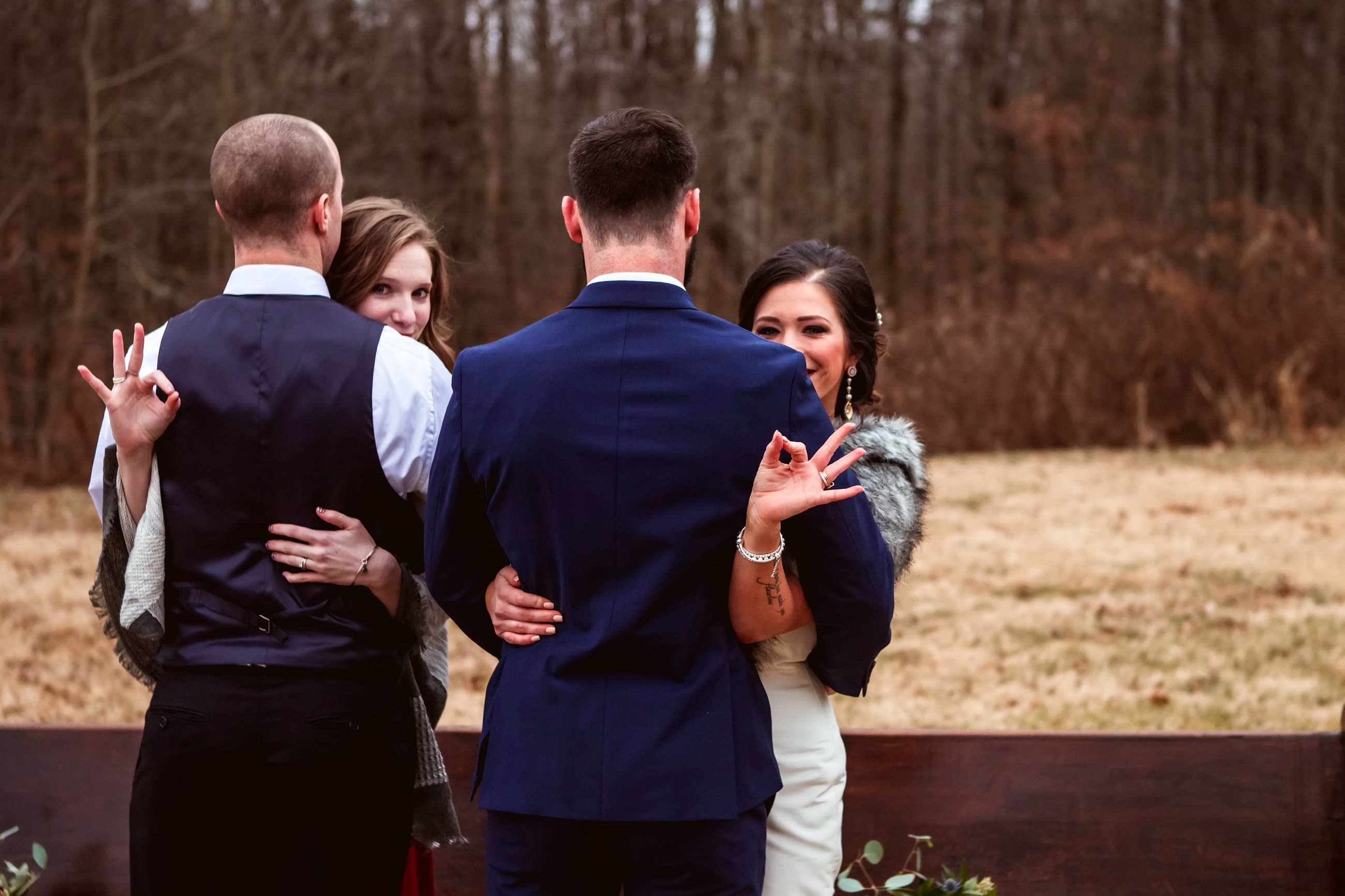 The unusual pairing runs in the family as Ben and Brian's grandfather RB Hundley and his brother Ronnie married sister Hazel and Bobbie in the 1960s.

Brian concluded: "My grandpa and his brother also married sisters so people joke that it's a family tradition that skipped a generation."

In other news, a woman revealed her horror at discovering her ex-boyfriend was ENGAGED to her little sister.