A CADBURY fan has been left "traumatised" after allegedly finding a huge "bug" in her Dairy Milk chocolate bar, which she claims she'd been chewing in her mouth for some time.

Roisin April, from Cork, Ireland, shared a clip on TikTok which showed the half-eaten sweet with what appears to be "little legs sticking out". 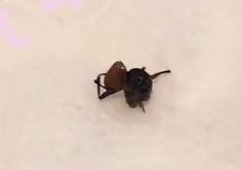 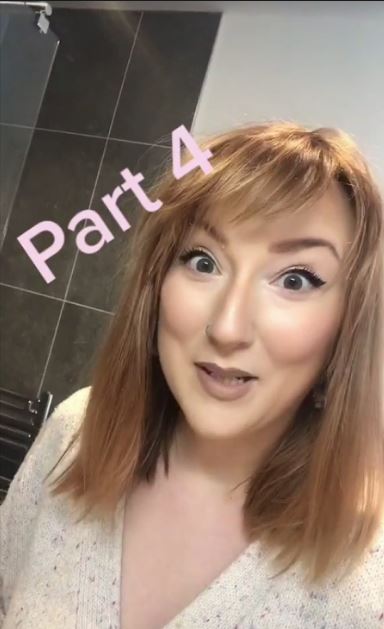 Now with over 1.2 million views, the video shows a chunk of chocolate which Roisin supposedly removed from her mouth after sensing something wasn't quite right.

"I was sucking on the chocolate, savouring every moment, and I feel this in my bloody mouth and I thought what in the name of god is that," she explained.

The chocolate chunk was sitting on top of the rest of the Cadbury Dairy Milk bar, and as she zoomed in close, you can see what she claims is the "bug." 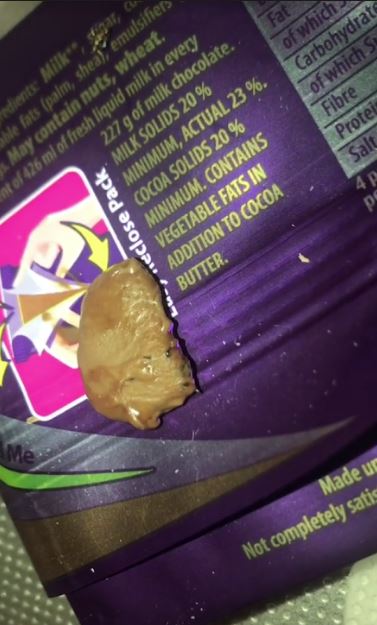 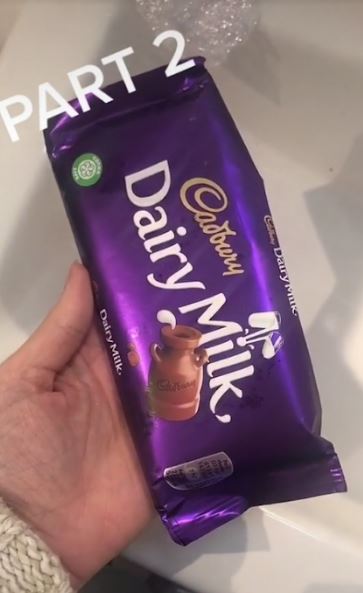 The discovery led many to be turned of chocolate for good, particularly as loads of people claimed "bugs are often found in chocolate."

"All chocolate has insects in it," one person claimed. "They get it when they mix the cocoa beans for drying."

Another said that her dad works for Cadbury and that there's "more bugs than you'd think" because the windows of the factory are, apparently, always left open.

Put of by the grim find, one said: "Weirdly this is so relieving to me. I've been trying to stop eating chocolate and it's safe to say I won't for a while."

Roisin became curious and asked in the comments if she should "boil some water to see what was inside." 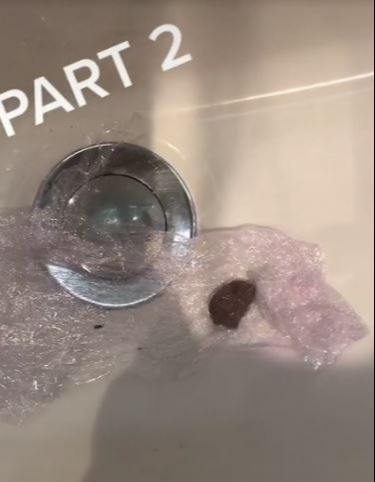 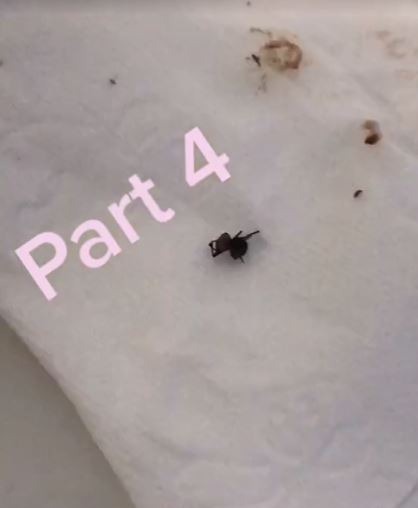 She showed herself doing this is a separate clip which revealed what very much looked like a dead bug.

However, there's no knowing whether the supposed bug actually came from the chocolate or not, or if Roisin's claims are accurate.

Two more clips followed which saw "traumatised" Roisin update those who asked her what the outcome was.

She made comments to suggest that she had contacted Cadbury but they were yet to respond to her complaint.

However, we can't be sure of the exact nature of her complaint pr what the outcome was.

While this Boohoo shopper horrified after her ‘package arrives with a giant spider crawling inside’.

Plus mum baffled by thousands of ‘creepy’ tiny black balls inside her kids’ play house – so can YOU guess what they are?