A WOMAN has revealed how she gave her home a budget makeover after her marriage breakdown at the beginning of the year.

Hayley Guest, 35, from Newmarket in Suffolk, revamped her breakfast room for £50, hallway for £25 and dining room for £200 using her DIY skills and bargains from B&M and Dunelm.

The mother-of-two, who works as a domiciliary carer for the elderly, said her marriage breakdown was her main inspiration behind starting the house transformation.

She felt she needed to give the house a makeover – so it was ready to make new memories with her two daughters after her ex-husband moved out.

Hayley shared her home transformation on Facebook, writing: ‘Hi all. After my marriage ended badly at the beginning of the year (thankfully we are much more amicable now!)

‘I was lucky enough to stay in the house with our two girls, I slowly started to do the house up. 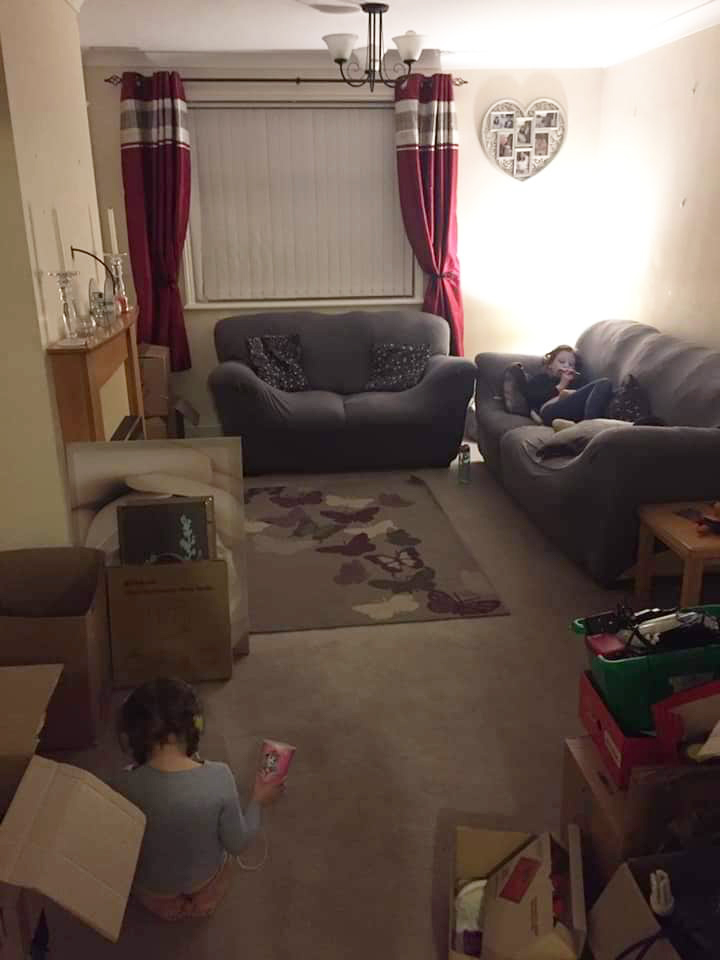 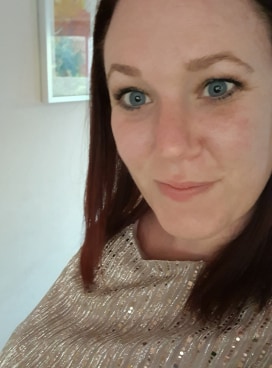 ‘I did a little by buying a new well needed sofa and a few decor bits but then I thought, fresh start with the girls, let's do this properly.

‘It took me a while, buying things as and when I could afford it but I'm finished.

‘I know it's not everyone's cup of tea but we are so happy with it. Here's to new chapters.

‘Can't do anything with the fireplace as it's rented but hopefully it doesn't ruin it!’

The post instantly racked up over 5,000 likes and hundreds of comments with strangers praising Hayley for her incredible DIY transformation.

The mother said she chucked ‘literally everything out’ and wanted to start again – however, she admitted that finances had always stopped her from redecorating in the past.

Hayley also revamped her ‘dreary and dull’ living room – she said it was her most expensive room to makeover at £800 as she also purchased a new sofa.

She said: ‘I kept the original carpets, I just painted the walls in Dulux chic shadow and chucked literally everything out and started again except my pine sideboards.

‘They were quite expensive when I bought them a few years ago so I decided to use some furniture paint and paint them white.

‘My old living room was dreary and dull, the sofas were leather but full of holes and my mood is really affected by my surroundings – that living room was so depressing!’

The mother, who said she is very ‘thrifty’, was thrilled with how many bargains she was able to pick up – after scouring the shelves at B&M, Matalan, Dunelm and The Range.

Hayley also tried to experiment with a few ornamental pieces before deciding the colour black was best.

She saved money by printing her own artwork from her home printer and buying cheap frames to put them in.

Hayley added: ‘So I scoured the normal shops – B&M, Dunelm, Matalan and The Range – and managed to get it all together!

‘It was a bit of a nightmare trying to find black ornaments but I got there in the end! B&M and The Range were my best friends for a couple of months.

‘My marriage breakdown was the main reason for my house transformation. I felt that it needed to have a new face for some new memories.’

Hayley also revamped the breakfast room – turning it from a dark room to a stylish lemon shade with pretty decor and white furnishings.

She said the room cost her just £50 to revamp and she feels it looks so different with it’s new ‘bright and airy’ atmosphere.

The mother was amazed to see how different the same room could look after a budget makeover.

She said: ‘The same room looks so different and it only cost me around £50.

‘I managed to get the white round table and chairs for a tenner from Facebook Marketplace!

‘The shelf was £12 from Facebook Marketplace and the ornaments were from The Range. It's so bright and airy in there now, I love it.’

The mother then moved onto revamping the hallway – which only cost her £25 to transform into a stylish space with a modern twist.

Hayley spent £25 on cheap paint, picture frames from Wilko and plants from Homebase to add a new vibe to the hallway.

She added: ‘I printed my own prints at home, grabbed frames from Wilkos and picked up the plant from Homebase.

‘This is my back hallway leading to the garden and utility room. It was so boring and bland before.

‘It's a high traffic area and where I feed the animals but now it's not just a dead area. I love it!’

Hayley then moved onto giving the dining room a makeover.

The room was previously a ‘complete junk room’ but Hayley used the dark table she already had and added a new carpet and ornaments to finalise the downstairs transformation.

She painted the walls and used The Range and Dunelm bargains.

The mother said: ‘I am absolutely delighted with the finished result.

‘My children have been involved in all the decision making and they couldn't be happier with our beautiful, modern but still cosy home. I have to admit I'm feeling pretty chuffed!

‘I have worked throughout lockdown but without the chaos of school runs and after school clubs, I found I had the time to do bits and pieces between shifts.

‘I'm quite thrifty so a lot of the furniture was either free or cheap second hand that I've just cleaned up.

‘It really has been on a budget, it cost me around £275 to do all three rooms plus the hallway (not including the new sofa).’

The mother said she has been left overwhelmed by the response on social media and said it was lovely to receive such ‘wonderful and encouraging’ comments.

While a second replied: ‘Wow what a difference! Well done.’

A third commented: You really have turned it from a house to a home full of love- it’s so warm now.’

And this woman shares simple trick which makes sure her house is ALWAYS clutter free – and it works with laundry too.

Meanwhile this nurse shares her simple £3 Morrison’s shopping trick which has slashed her food bill with almost no effort.

Plus this woman shares ‘ultimate mum hack’ to get kids ready quickly in the morning and it only costs a couple of quid.