The timeline constantly jumps around, while there are scores of frustrating plot holes in the script. 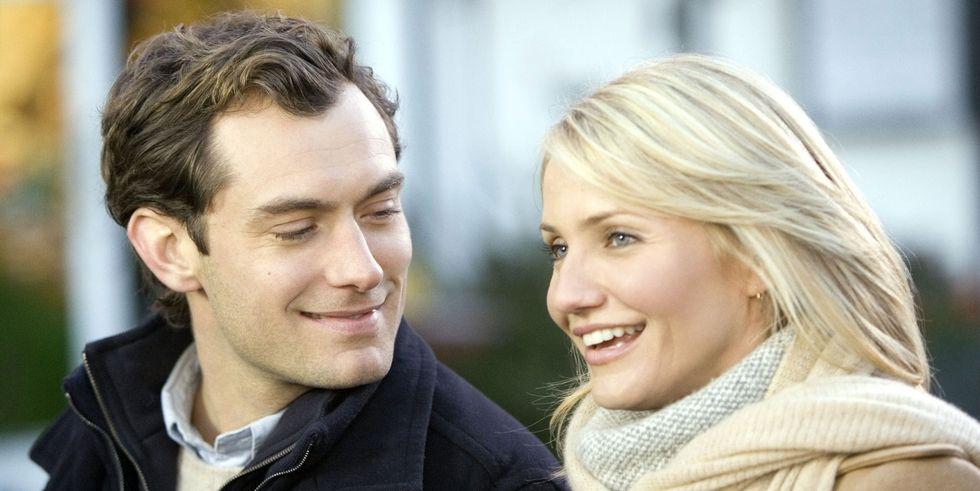 With this in mind, Cosmo dug a little deeper into The Holiday's complicated timeline, and here's what they discovered…

The film begins and Iris Simpkins (Kate Winslet), who writes a wedding column for The Daily Telegraph, in London, is at her office Christmas party.

Her editor tells the staff: "Now, we're not officially closed, as you very well know.

"But we are going to try and get by this week with a smaller-than-normal staff."

We will assume this is the Friday before Christmas which was, in 2006, December 22. 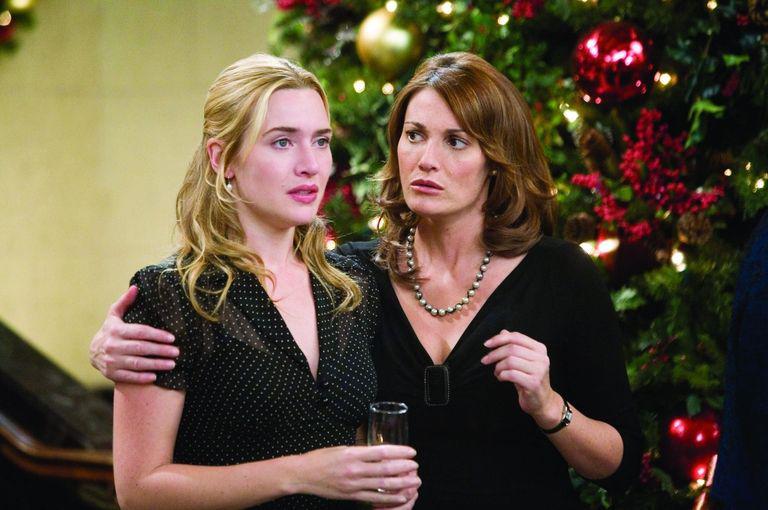 The movie then jumps to LA, where Amanda Woods (Cameron Diaz) is putting the finishing touches to a trailer for a movie starring Lindsay Lohan and James Franco.

The film, we are told, comes out on Christmas Day. Seems a bit late to release the trailer – but we'll let that one slide for now.

Both women fly for their house swap the next day, with Iris landing in LA in the morning – and Amanda in the Cotswolds on Saturday afternoon.

Amanda meets Iris' drunken brother Graham (Jude Law) on the Saturday night, while Iris hits the sheets to sleep off her jet lag.

This is where things get confusing, because today definitely isn't Christmas Eve.

Amanda arrives at the airport but changes her mind and heads back to the countryside, straight to the pub and into Graham's arms. 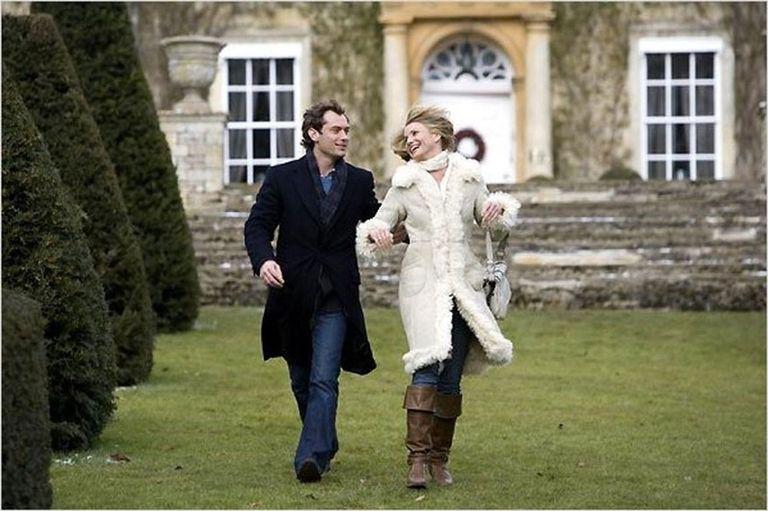 A day in December

The next day, Graham and Amanda go for lunch at a country house – their first 'proper' date.

"And that makes this complicated. And l'm not sure I can handle complicated right now."

But Amanda has already said she's planning to be back in the States BEFORE New Year's Eve, i.e. on December 30 at the latest.

Which makes today December 21, or even earlier. It's also three days after Iris' Christmas party – which means she definitely has the most relaxed paper boss ever. 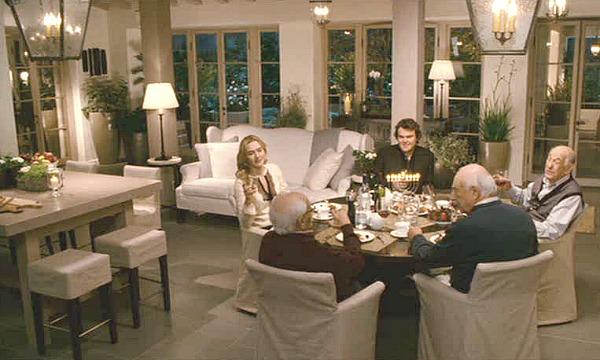 Meanwhile, Iris is throwing a Hanukkah party for Arthur Abbot (Eli Wallach) and his friends – which her love interest Miles (Jack Black) ends up crashing.

Hanukkah is a movable celebration but, in 2006, it ran from December 15 to 23. So this does make sense. Back on track guys.

Iris pops round to Arthur's to try and persuade the reluctant retired director to do his An Evening With event.

She then has the extremely cringeworthy three-way call situation with Graham and Amanda, who she suddenly realises are sleeping together.

Shortly after ending the call, Miles rings and asks what she's doing for Christmas Eve. And our theory about today being December 22 goes straight out the window. 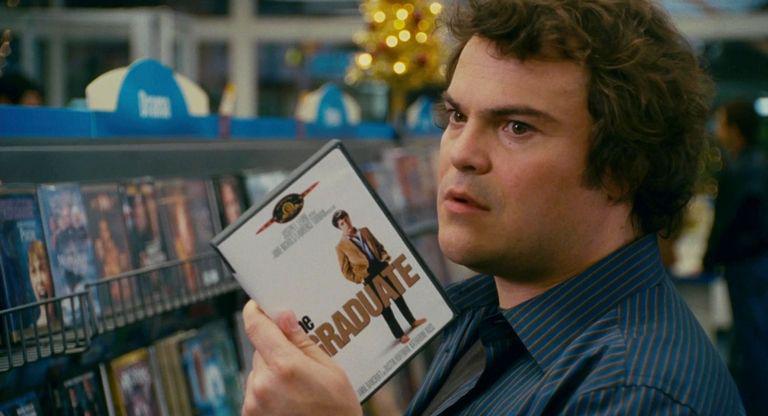 Miles and Iris go to their local Blockbuster store to pick out some classic movies.

Back at Amanda's house, Miles says: "I'm making you some fettuccine.

"It is Christmas Eve, and we are going to sit out on that patio… gonna make ourselves a little fire, pop some bubbly… and we are gonna celebrate being young and being alive."

Definitely Christmas Eve then. The film then cuts to Graham and Amanda, post sex, who are at Iris' house.

So the widowed single dad left his two kids on Christmas Eve to have sex with an American woman he's just met?

And, prepare yourselves, because this is when things get even MORE confusing.

Amanda says: "Maybe we should just – realise that what we've had these past few weeks has been perfect."

That's right, she said weeks. Amanda then goes on to add that she's leaving in eight hours – and is therefore flying home on Christmas Day. 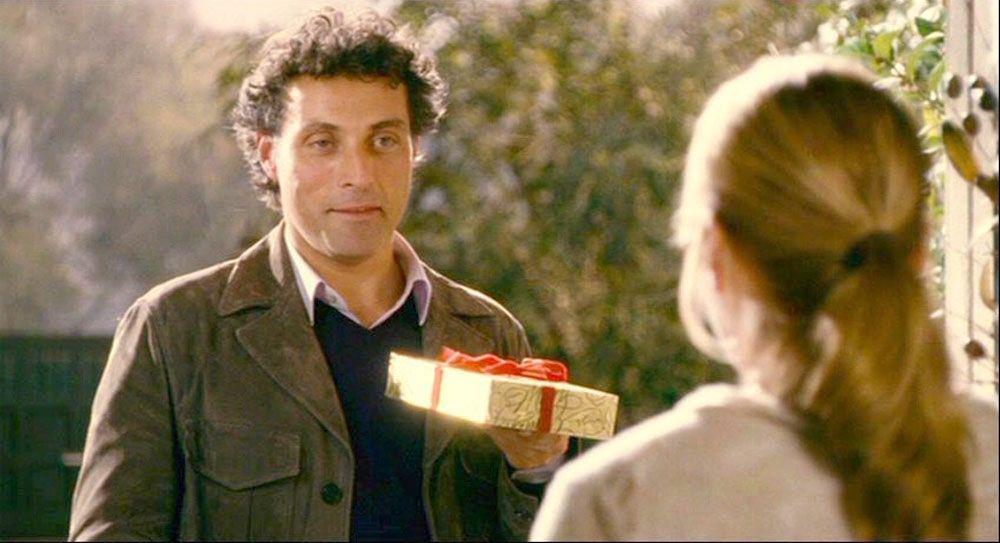 It's Christmas Day and dad-of-the-year Graham is waving off Amanda while his two daughters are, well, somewhere else.

Happily, she cancels her cab and rushes back to him after crying her first tear since she was 15 years old.

Meanwhile, Iris and Miles are getting sushi, we are told that Arthur's event is tonight.

Seems like an odd day to pick, but OK. Miles also gets a phone call from his cheating girlfriend Maggie (Shannyn Sossamon) and rushes off to see her.

We suspect he may have had some trouble clearing up with his fiance, but there you go.

Both Iris and Miles manage to give their respective love interests the boot – and head to Arthur's event.

Miles then asks Iris for a date for New Year's Eve, but she explains she'll be back in London by then.

Judging by the plot, today isn't actually December 25. But hey, who needs Christmas Day in a Christmas movie? 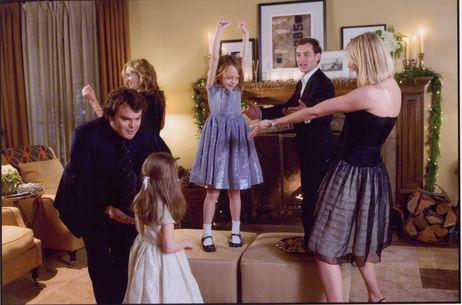 Everyone's in London, having a party. After all that confusion, we can confirm that this party definitely takes place on New Year's Eve. Phew.

In related news, this is what Jack Black's on-screen girlfriend Maggie looks like now.

While these are 10 things you never knew about the movie Elf…from Will Ferrell’s blinding ‘sugar headaches’ to the A-list actor who turned down the role.