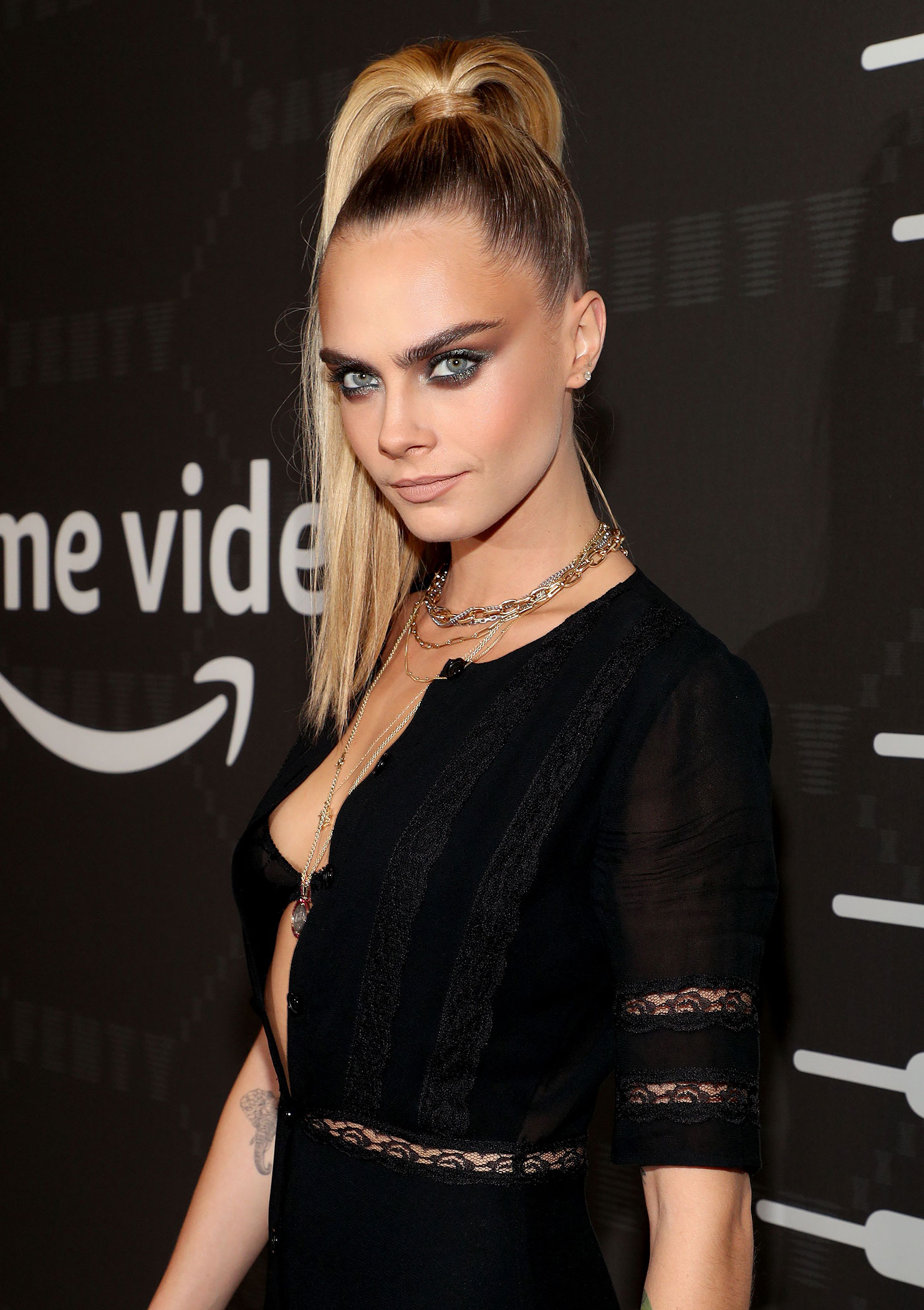 Owning her insecurities! Breast augmentations, nose jobs and liposuction are a dime a dozen in Hollywood — and it’s exactly what’s stopped Cara Delevingne from ever going under the knife.

Celebs Who Admitted They Got Plastic Surgery

The 28-year-old model opened up about her thoughts on plastic surgery during a Monday, June 21 episode of Make it Reign, explaining that she talked herself out of a boob job.

“It comes from a place of deep insecurity,” she told host Josh Smith. “Like ever since I was a kid, I was like, ‘I wanna have a boob job, my boobs are uneven.’”

Ultimately though, she decided not to follow through. Her reasoning? She wasn’t sure she could be “honest” and open about it with her fans and didn’t want to contribute to unattainable beauty standards.

Real Housewives’ Plastic Surgery: Before and After

“I’ve gotten close to thinking about it and luckily at that moment go, ‘Well, if I was to do it, then I don’t think I could be honest about it,’” she explained. “And then that would be a problem because I just think that young girls or young boys even, need to know that some things aren’t naturally obtainable, you know, which is fine.”

She added: “That’s the model of modern science and that’s okay, it’s great. But, just what makes it more sad is that people just can’t really talk about it.”

While a boob job isn’t the cards at the moment for the Life in a Year actress, she made it clear that she’s not against plastic surgery. In fact, she “can’t wait” to get something done.

Cara Delevingne and Ashley Benson: The Way They Were

As for what work she’ll sign herself up for? Well, it’s still to be determined, but rest assured it’s not going to be Botox.

“I don’t know when it would be because I have to act and the problem is I can’t not move my face because that’s the only thing I have, to be able to move my face really weirdly in so many different ways,” the Lora DiCarlo co-owner said. “I worry that I wouldn’t be able to do that.”

The other factor holding her back is the fact that plastic surgery is antithetical to her personal brand.

“I would’ve had something done if I didn’t represent what I represent,” she explained. “I thought it was more important to not do something because I wanted to represent not doing something, but that doesn’t mean I don’t want to.”