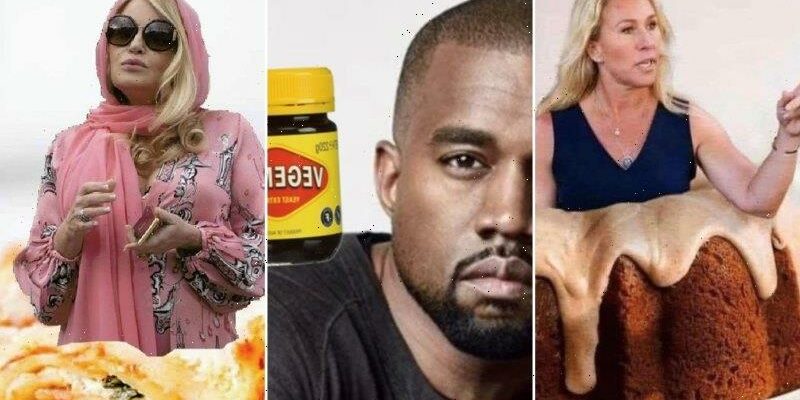 It is the toy that just won’t quit.

Tired parents are meant to be released by now from the mental burden of “Elf on a Shelf”. You know the drill. Every single night through December until Christmas Day parents around the world tear their hair trying to think of wild and wacky places to hide the doll. It gives countless children untold amounts of joy. Still, as singer Katy Perry put it in 2018, Christmas Day is that blessed date when “the Elf on a Shelf will magically move in to storage for a long winters nap”. 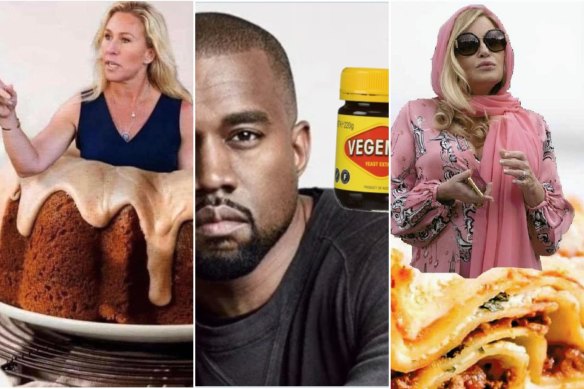 So why, on December 27, is he (or she) still around? And why is the elf at the heart of the latest viral meme which has taken a decidedly political turn?

I thought the elf was non-partisan.

It may be. But celebrities and political commentators have used the game’s famous rhyme to trash those they don’t agree with, by prefacing their social media posts with the phrase,“You heard of Elf on a Shelf, get ready for…” before posting a witty, or nasty, pictorial rhyme.

American political media star and outspoken liberal, Molly Jong-Fast – daughter of author Erica Jong – posted a photo of far-right conspiracy theorist Marjorie Taylor Greene pointing her finger, while sitting atop a bundt cake. (Jong-Fast’s followers have deduced that the commentator is referring to her political nemesis by a slang word used for a woman’s vagina.)

Popular American comedian Eli Braden, a one-time writer for late night talk show host Jimmy Kimmel, posted a photo of a jar of vegemite perched on the shoulder of rapper Ye (formerly known as Kanye West), seemingly alluding to comments that the rapper holds anti-semitic views, in light of his praise of Hitler and the Nazis.

Why have grown-ups strong-armed a beloved childhood ritual into a means for barbed political comment?

Maybe it’s a Freaky Friday type situation? Kids’ toys have become egregiously adult. Exhibit A and B: Fisher-Price’s “Meditation Mouse”, a “plush pal” that “introduces your toddler to guided meditation”, and toys from Baby Genius and Fat Brain. The latter’s tagline is, “Toys that Matter to their Gray Matter”.

But it’s not just politics?

Oh, no. Nancy Sinatra, daughter of Frank Sinatra, dared her 290,000 Twitter followers to guess what rhyme she was thinking of when she posted a tiny photo of herself sitting demurely on the buff bicep of singer Reba McIntyre. (“Nancy on Fancy,” is the answer, as the latter is the name of one of McIntyre’s hits.)

New Republic writer Adam Weinstein posted a photo of the beloved White Lotus character Tanya McQuoid, atop of a piece of lasagne; The Real Housewives of Atlanta star NeNe Leaks has been stacked onto a panini sandwich. Various Networks have used the meme to spruik their shows.

Maybe the elf had it coming.

It’s certainly been accused of all types of nefariousness, thanks to the conceit at the heart of the ritual. The story – which originated with a 2005 picture book – goes that every night in December until Christmas, the elf flies black to the North Pole to report on the goings-on in the house and let Santa know who’s been naughty or nice.

He’s “a creep” who teaches your kids to become good little consumers who are “comfortable with surveillance”, wrote Sydney Morning Herald writer Caitlin Fitzsimmons three years ago. (The official Elf on a Shelf website sells everything from official Elf Reindeer to an Elf Arctic Fox, Elf Saint Bernard and “couture” clothing like a sugar plum soldier costume.)

“Tired of living in Elf on the Shelf tyranny?” Robert Leonard, a Superior Court judge in the southern United States (fake) wrote on Twitter last year. He (fake) banned the Elf, adding: “Not looking forward to the Elf forgetting to move and causing your kids emotional distress? I am a public servant and will take the heat for you. My gift to tired parents.”

Other high-profile celebrities have had it in for the toy, too.

Late Night Talk Show host Jimmy Kimmel launched into a diatribe against the spying doll on his show four years ago, saying he “might move the elf to the garbage disposal” because, among other grievances, it was useless in helping him teach his kid any useful lessons. “My daughter doesn’t even care about it anymore,” said Kimmel. “We’re like, ‘Eat your dinner or the elf is gonna tell Santa’, and she’s like, ‘Screw him, let that elf eat the dinner.’”

Could this be the end of the trend?

That’s a big call for a ritual that’s transcended its religious origins (there’s a Jewish version called “The Mensch on the Bench”) and been parodied by The Simpsons as “The Gnome in the Home”.

But there’s hope for exhausted parents.

There are newer toys that just beg for political and comedic commentary. We nominate “Face Mask Spa Day” Barbie.