Pauline Latham, the Conservative MP for Mid Derbyshire, has urged the government to ban commercial use and sale of sunbeds. 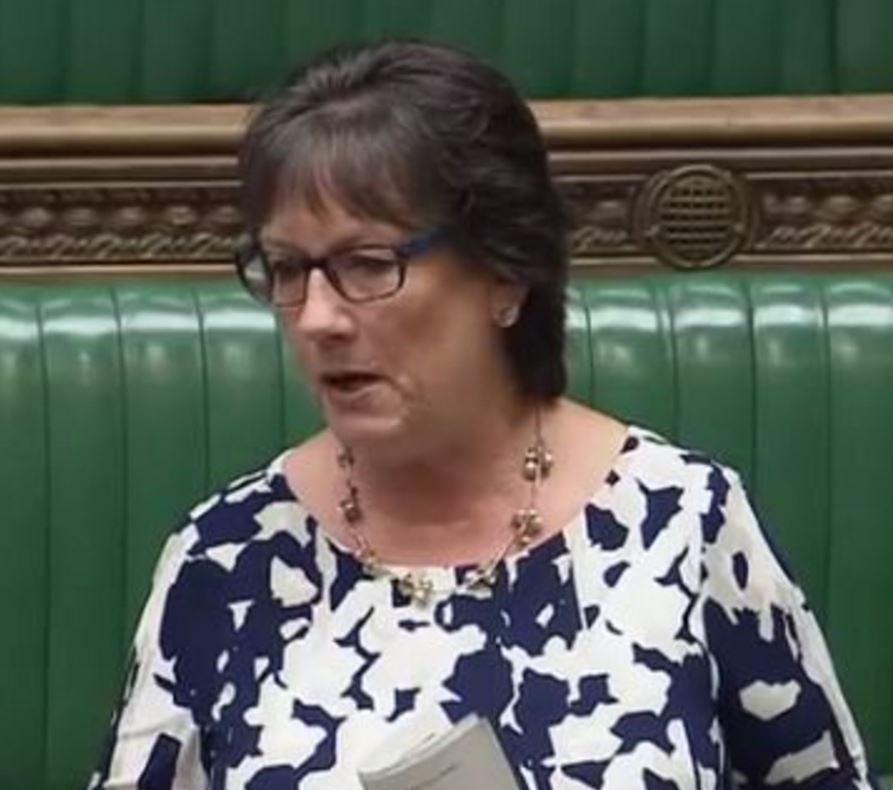 She revealed how she had discovered she had a malignant mole and spoke about the tragic death of her brother from melanoma.

Speaking during her Westminster Hall debate, Pauline said: "I'd like to go as far as calling for a ban.

“Who needs sunbeds? No-one. But many people in the UK believe they look healthier with a tan, but it couldn't be further from the truth.

"Last year I had my own personal scare, I found a mole which was malignant. After a torturous three weeks waiting for the results I found out that luckily the tumour had not spread." 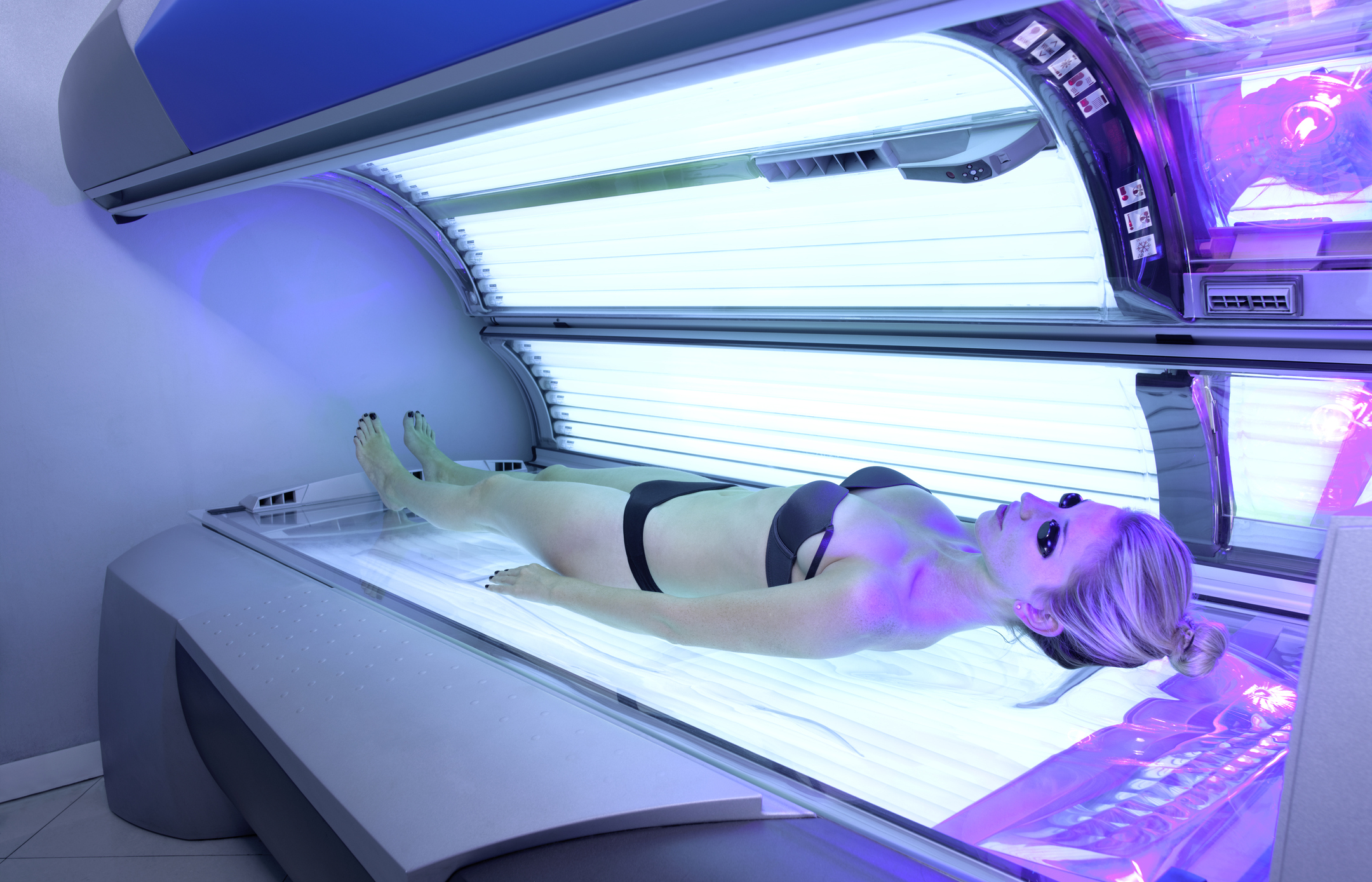 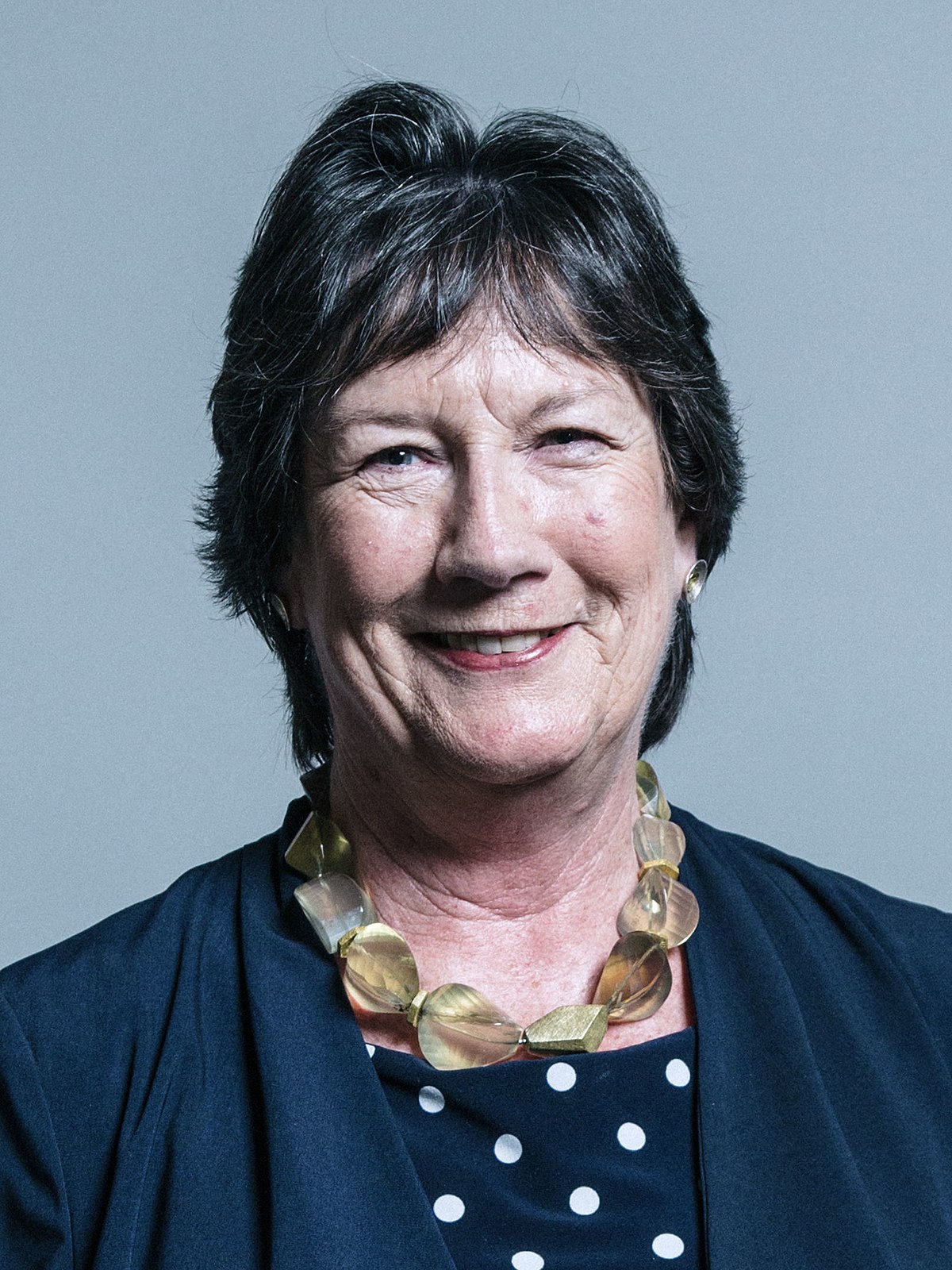 Pauline said that an estimated three million Britons use sunbeds, but according to the World Health Organisation they are as dangerous for you as smoking.

She pointed out that Brazil and Australia had already banned them commercially, and the UK should follow suit.

Pauline said those who have used a sunbed at least once have a 20 per cent higher risk of developing melanoma.

She said that those who started using sunbeds before they were 35 were 87 per cent more likely to develop melanoma compared with people who had never used a sunbed.

The MP said it is “quite frightening” that cases of malignant melanoma have increased by nearly four times in the UK in the last 30 years.

Are sunbeds bad for you?

According to the World Health Organisation, sunbeds are as dangerous as smoking.

Like the sun, they give out harmful UV rays, that damage the DNA in your skin cells – which over time, can lead to malignant melanoma – the deadliest form of skin cancer.

While some people think tanning beds are safer than sitting out in the midday sun, according to Cancer Research, one study has revealed that the risk of cancer from sunbeds more than doubles when compared to spending the same amount of time in the Mediterranean sun at lunch time.

According to the International Agency for Research on Cancer (IARC), there is significant evidence to show that using tanning beds causes melanoma.

Cancer Research warns that UV penetrates the skin's layers, so while you might not appear red or burnt, the damage can still occur.

According to the British Skin Foundation, skin cancer is now the most common form of cancer in the UK, with 100,000 people being diagnosed with the disease annually.

Some 2,500 Britons die from the disease every year, equating to seven people each day.

They report that sunbeds increase the risk of skin cancer by up to 20 per cent, and also state that they have no positive benefits to our health.

She said: “They are killing machines and (that) nobody needs to use them because nobody needs a tan. It is purely vanity… this is one that is a deadly vanity and it's a waste of everybody's time and money."

Pauline said people who spend too long in the sun or on sunbeds risk looking like “dried-up prunes” when they are older.

She added: “Whilst the temptation to achieve that sun-kissed glow is understandable, risking contracting such a deadly disease is not, the unnecessary exposure to UV is nonsensical.

“I'd implore anyone to get a fake tan through a bottle or can and not a sunbed." 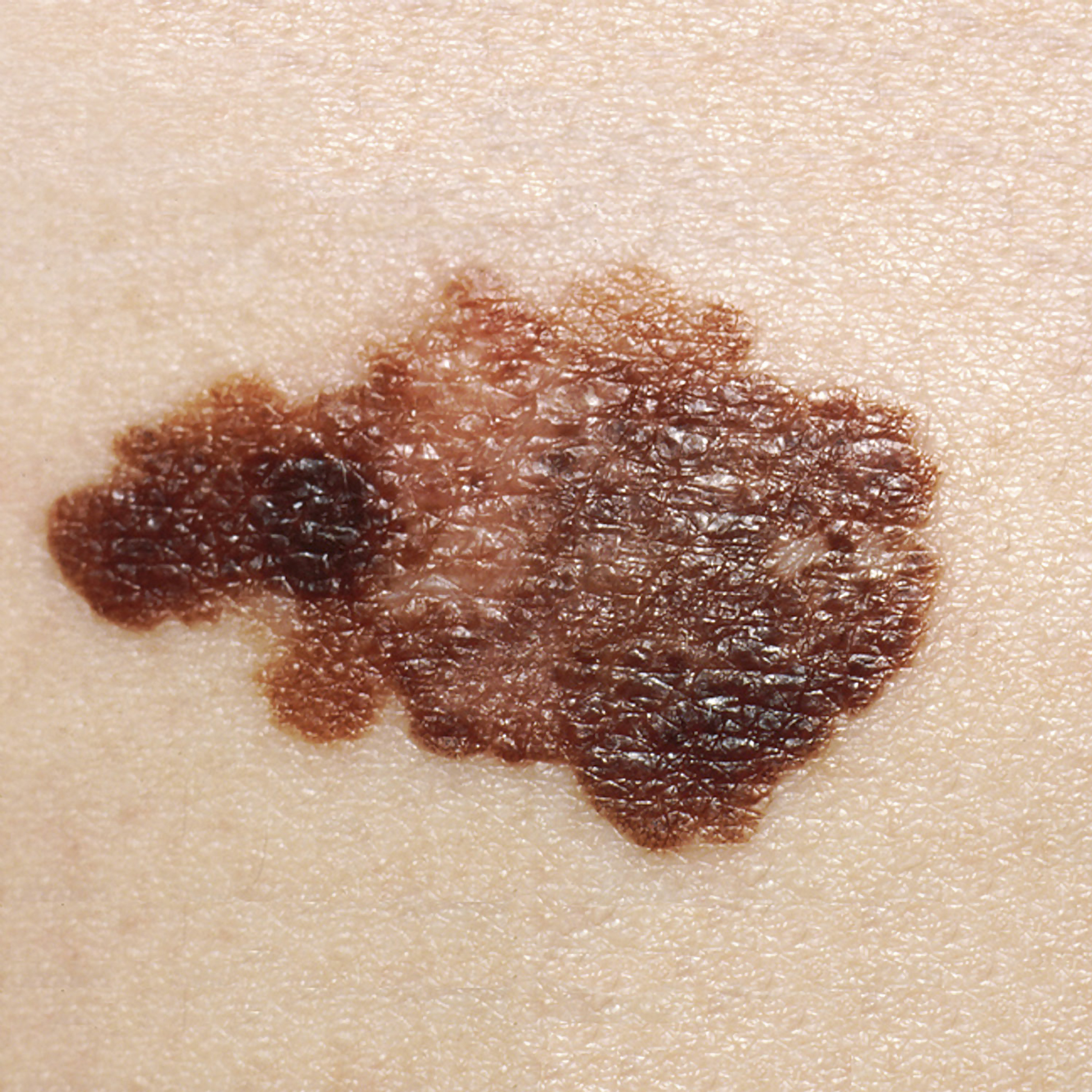 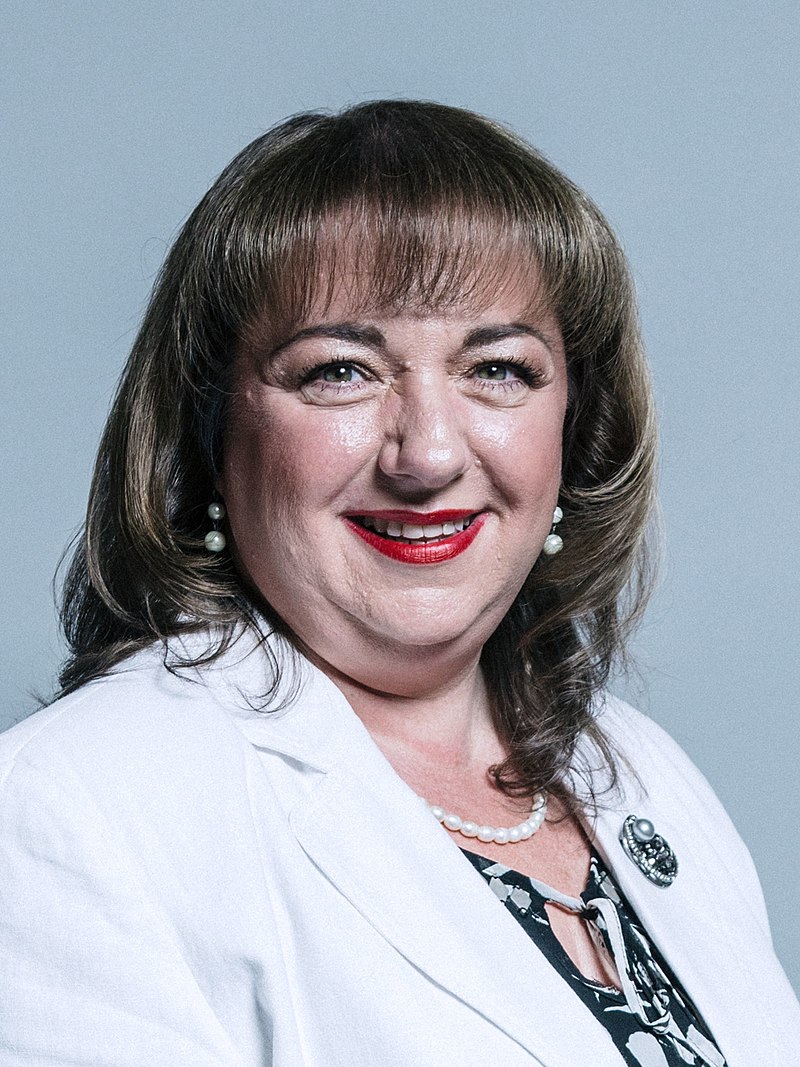 Shadow public health minister Sharon Hodgson admitted she had used sunbeds, and said: “I didn't realise how bad for you they were and I would often use them before I went on holiday to get a base."

She added that the Government "must look at sunbed regulation again to assess if they need to be updated almost 10 years on since they were first published."

Sharon said: "It must be a priority for the Government to ensure that people know the risks of sunbed use before they use them as well as during and after their use." 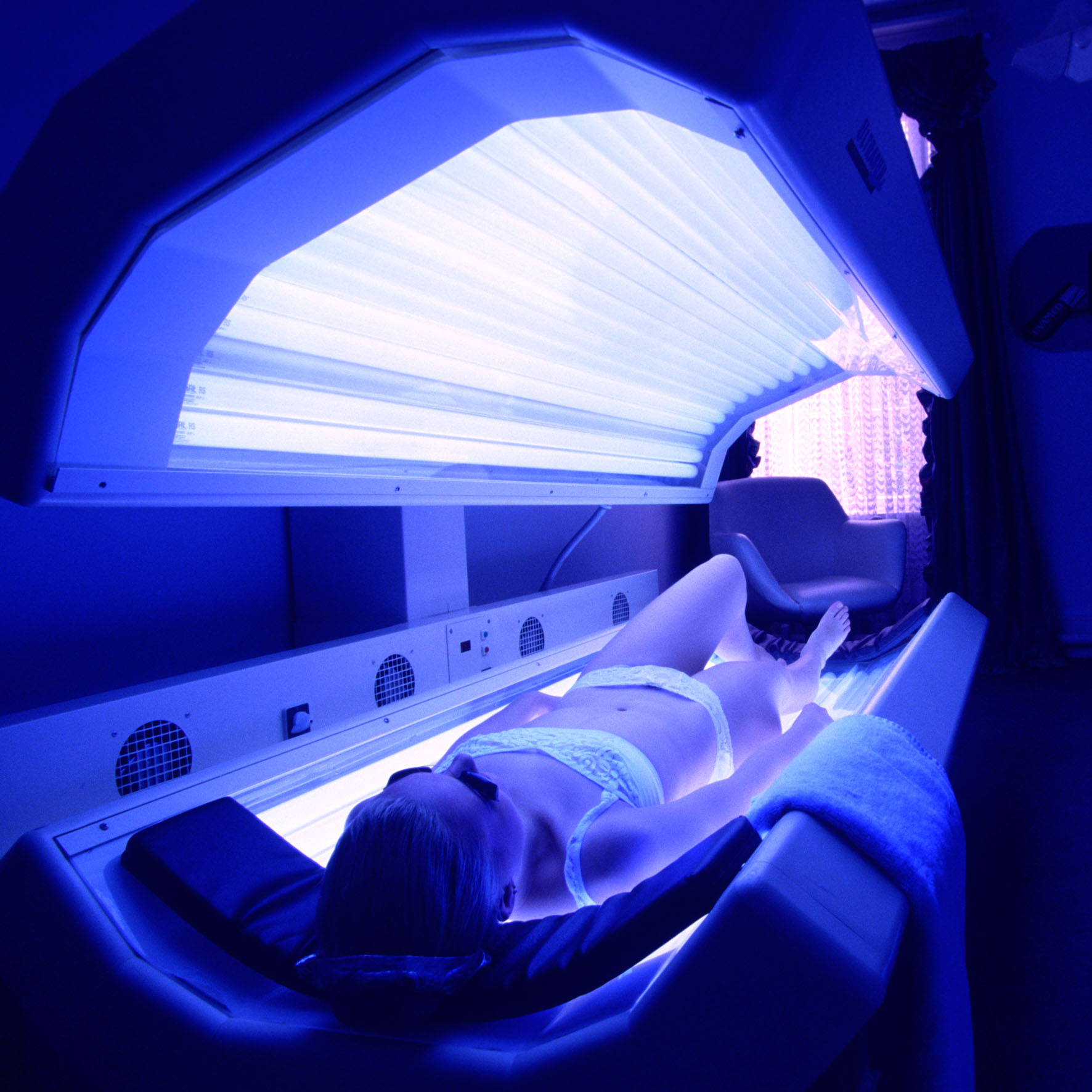 What are the signs of skin cancer?

If you're concerned about a mark on your skin, try the ABCD check for skin cancer:

Click here for the different types of skin cancer and what you should look out for.

Referring to an episode of BBC comedy Only Fools And Horses, he added: "Banning was one option under consideration but I think the adverse impacts need to be considered very carefully to avoid the unintended effects such as the increased use of home machines such as Del and Rodney had with more harmful impacts. I think we have to be aware of unintended consequence."

He said there is a "need to look at the regulations again".

Steve continued: “If we look at the evidence and if we think that banning commercial use of sunbeds while taking into account the possibly unintended consequences… could be part of prevention then I don't rule that out, I absolutely do not rule that out."

Meanwhile Labour's Chris Bryant, who is the MP for Rhondda, branded sunbeds "pernicious death machines" which "rely on people's vanity".

We previously shared a woman’s stark warning after ‘innocent pimple’ under her nose turned out to be potentially deadly skin cancer.

Sun columnist Deborah James has spoken about her cancer challenge… and how it has returned.

These are the 10 deadliest cancers that affect kids, and how to spot them.