Just six years ago, Kat Spencer, now 46 and engaged to Michael Knox, 48, was a single mother struggling to provide for her sons Ethan, 21, Harrison, 18 and Luke, 11. 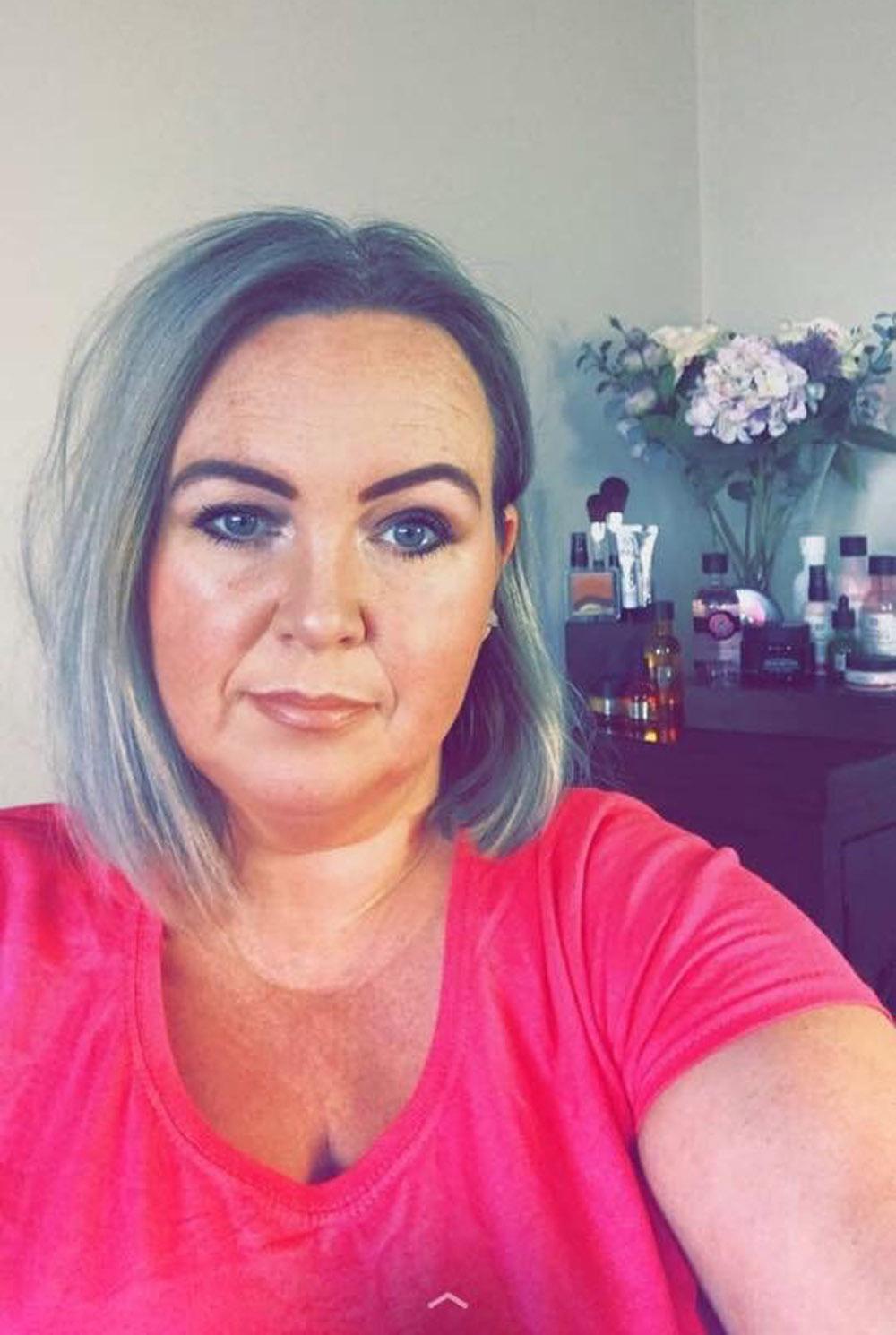 But everything changed when she spotted an advert about becoming a consultant for The Body Shop At Home on Gumtree.

It involved selling Body Shop treats from the household.

Incredibly, since parting with £10 for a starter kit, Kat, of Aghalee, Northern Ireland, says she is on track for a £1m year.

"I was a single mum, starting from scratch with my three boys.

“Still, I decided to go for it and haven’t looked back since." 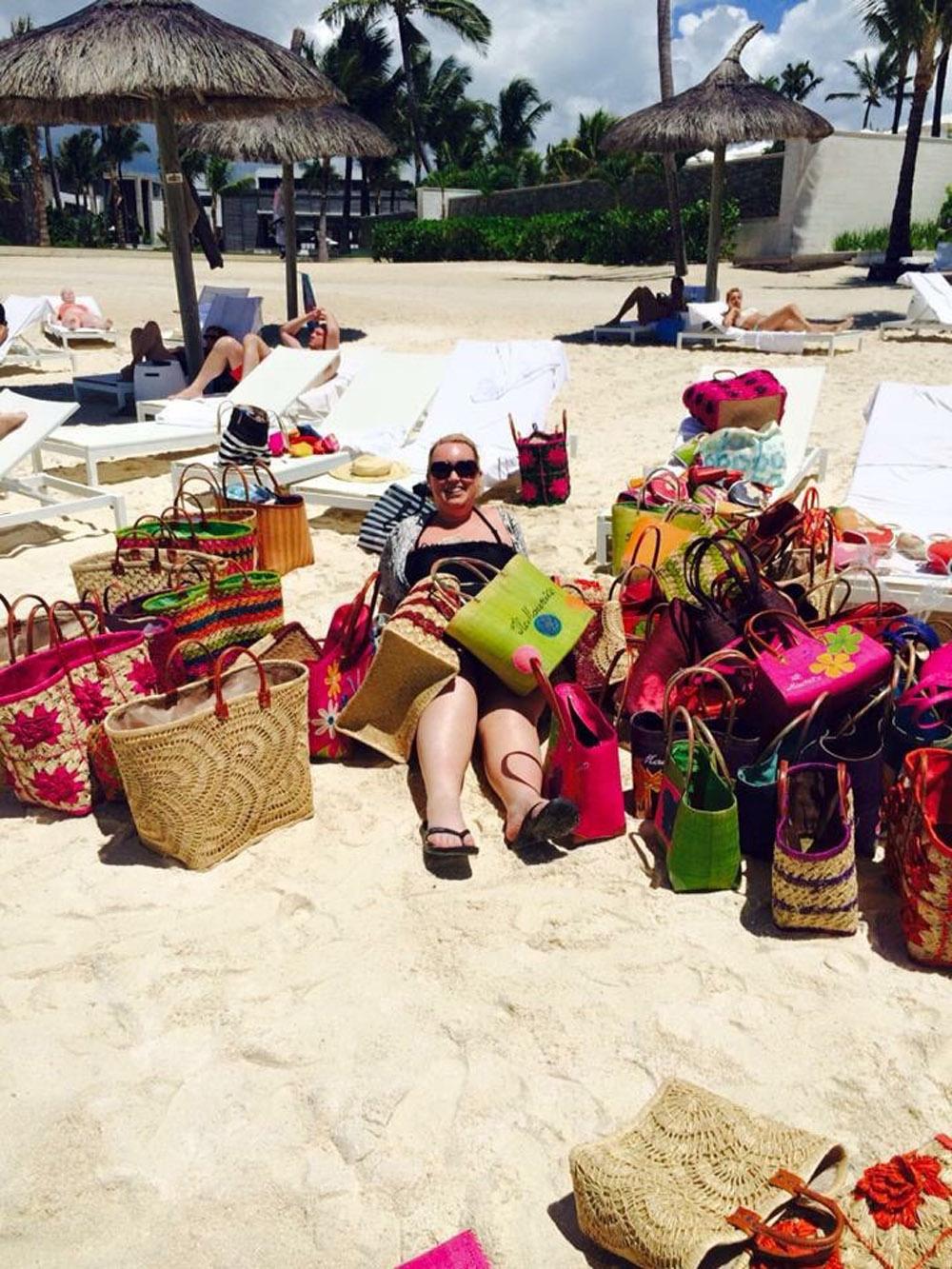 She added: “It’s amazing to be able to support my sons and show them the stronger side of me. It’s instilled that work ethic in them, too. My eldest even tells me he wants to start his own business, just like his mum.”

Coming from a business-owning family, Kat has always had an entrepreneurial streak – training as a beauty therapist at 17 and going on to open a salon two years later.

Taking a career break in her twenties after becoming a mum, when her sons were a bit older, her mind turned to her work again.

And when she was around 27, through a mother and baby group, she heard about direct selling – a method of marketing that targets customers directly in their homes.

“I was more or less a full-time mum, but I started doing that on the side for a bit of extra money,” she said. “My boys were brought up on direct selling.”

But it was not until March 2012, when The Body Shop launched in Northern Ireland, that Kat’s sales career really took off.

“It was things you can sell with no experience – all their bestsellers which speak for themselves,” she said. “I still remember the kit coming through the post, all wrapped up like a Christmas present.

“The £10 I paid was a special offer, so the kit is usually £45, but it’s still worth every penny. It’s not like you sign your life away, and nobody is asking you to quit your day job tomorrow, but you can be your own boss, work when you want and build your very own business.” 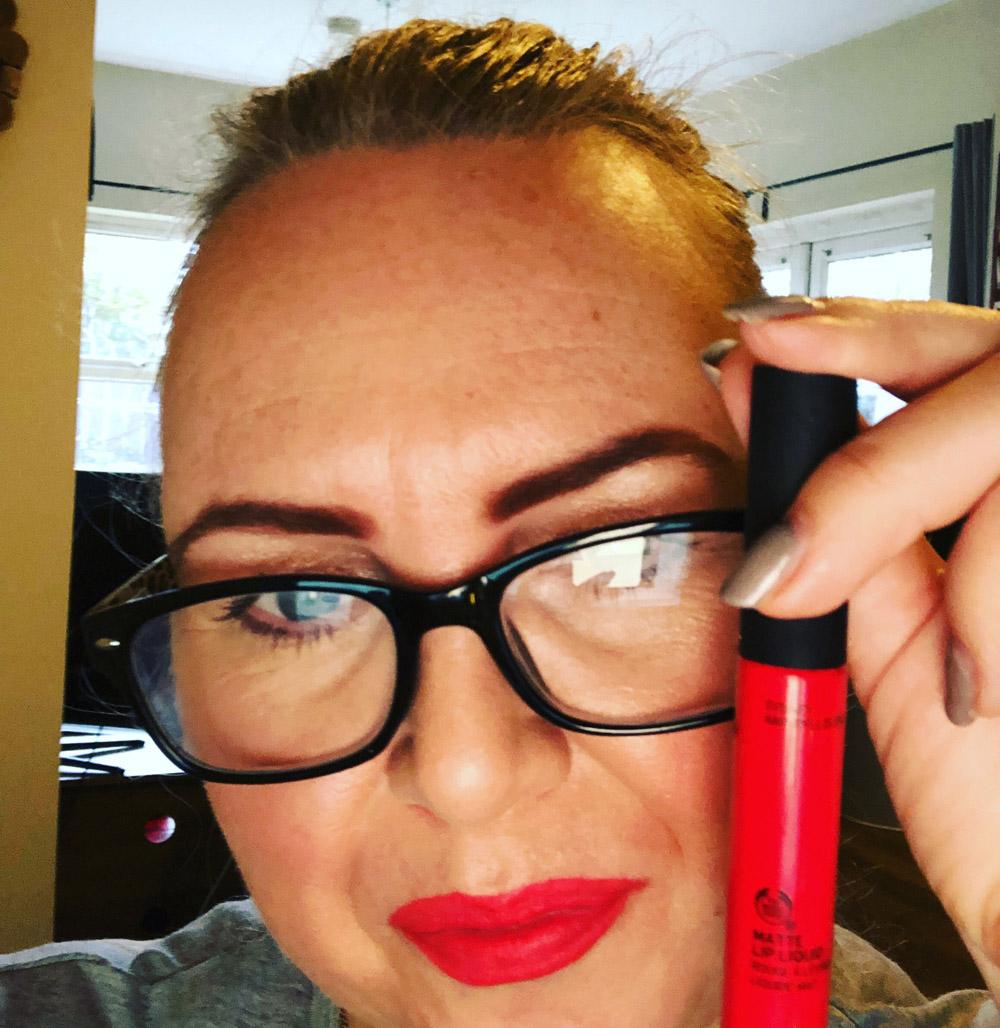 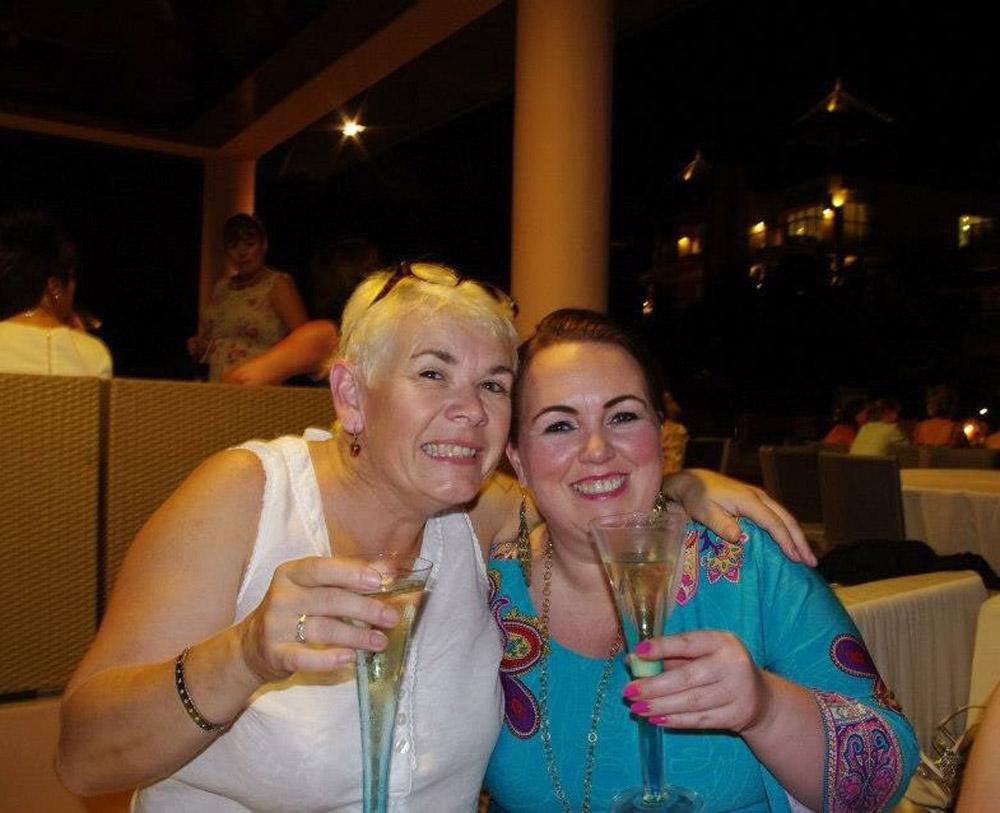 She added: “Once I’d gathered feedback from my friends and family about the products, showcasing them from my kitchen table, I started organising parties.

“I’d do themed ones – things like skincare parties, spa parties, even Christmas parties. I’d lay on fizz and nibbles, too. It’s such a fun girly night in.”

Making more and more money through selling, Kat then added to her kit by ordering extra products before turning her attention to recruiting consultants, in order to earn a cash bonus.

Within just four months, she had built up a team of seven, which then allowed her to qualify as an area manager for The Body Shop – within two more months, overseeing four managers, working under her.

“The beginning was all a bit of a rollercoaster, learning the ropes and how it all worked,” she said. “But, as I started that second year with The Body Shop, it was amazing to look back on how far I’d come.”

She continued: “I’d gone from worrying about how to provide for my boys and having to start all over again from scratch, to suddenly having this money coming in. 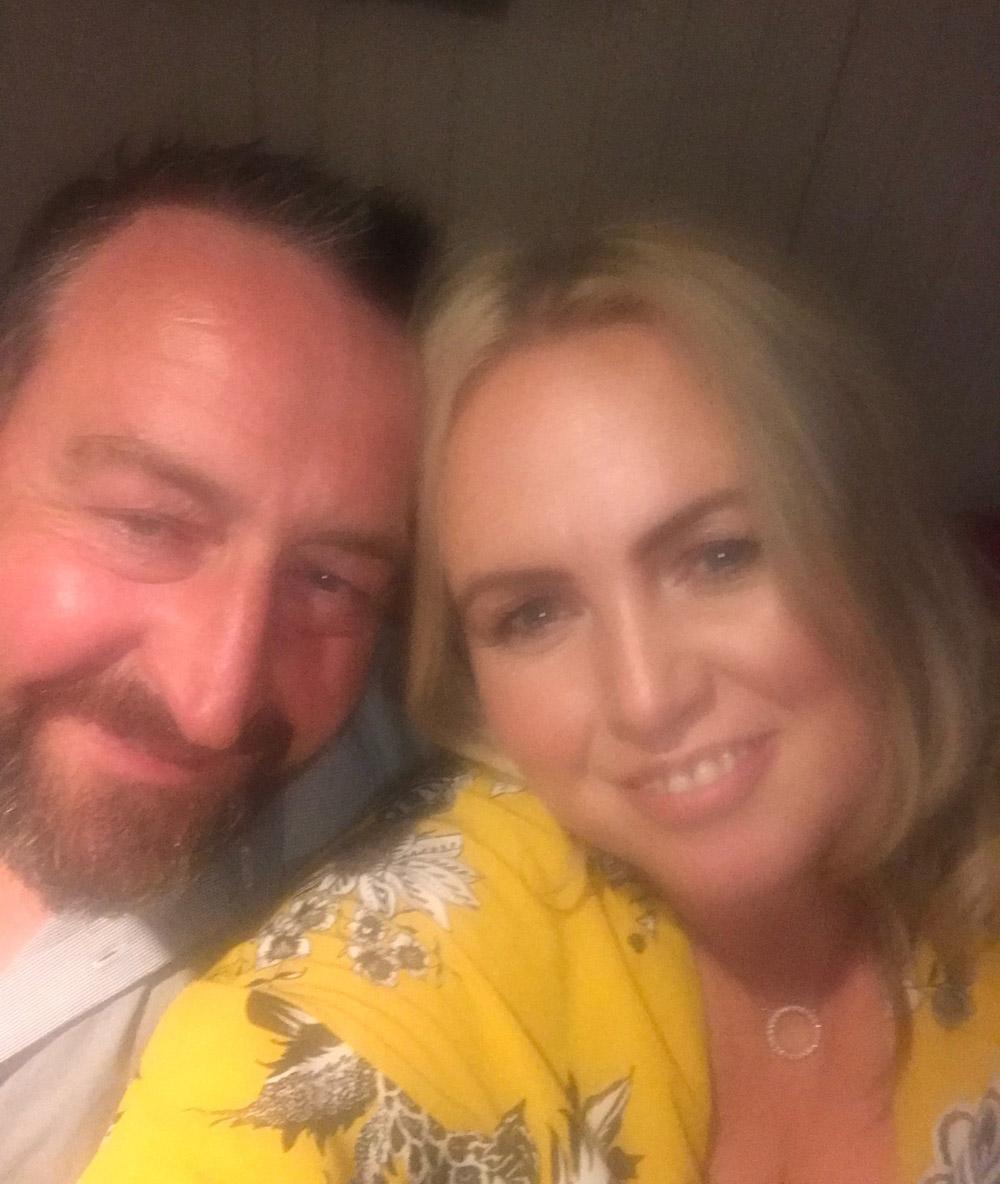 “I could finally treat my family and do things like decorate my house -whereas before, I’d barely even had any furniture.”

But in 2015, Kat’s dad was diagnosed with dementia and she juggled caring for him with raising her children and signing up 31 new recruits to her business.

Despite being frantically busy, her calm demeanour under pressure caught the attention of The Body Shop bosses.

“They told me that if I could handle all that, I could handle anything,” she said. “They’d been looking for someone at the time to look after the whole of Northern Ireland and ended up choosing me.”

The beginning was all a bit of a rollercoaster, learning the ropes and how it all worked. But, as I started that second year with The Body Shop, it was amazing to look back on how far I’d come.

Since then, Kat has gone from strength to strength. She now looks after a team of almost 400 consultants.

Her life now unrecognisable from her early days post-divorce, as well as cash bonuses, she has also enjoyed lavish incentive holidays to places like Thailand and Mauritius.

“I want to keep building and make even more next year,” she smiled, adding that she hopes to use the money she has earned to get back on the property ladder in 2019 and start planning her 2020 wedding.

“It’s amazing to be able to bring other people into this, too, and give them a shot at a better quality of life for their families.” 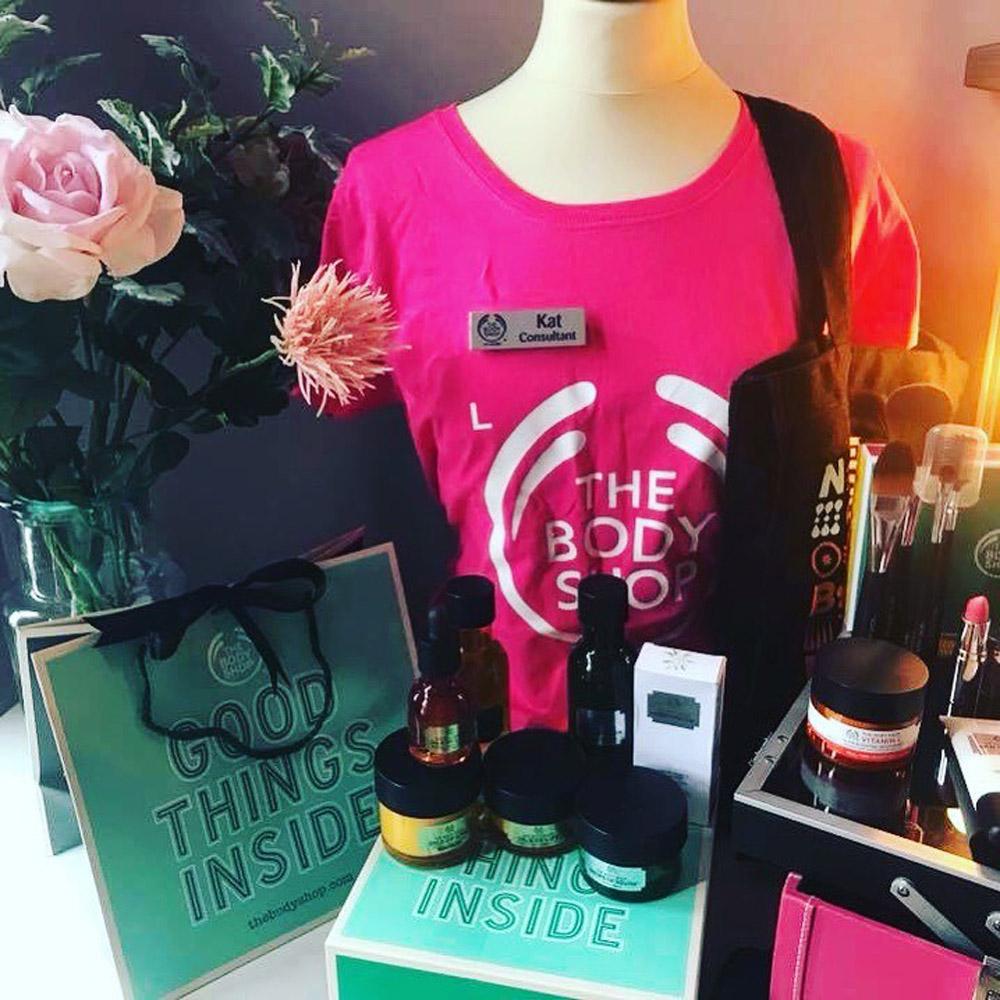 “I literally started from scratch and now here I am, able to see all these amazing business women,” she continued.

“It’s especially helpful for mums to be able to work for themselves, as you don’t have to shell out for childcare.

“But this is for people from all walks of life, from students to retirees.”

Kat added: “Even if you’re just making £50 extra a week in your pocket, every little helps – but stick with it and the results can be phenomenal.”