Tiger King's Carole Baskin made a whopping £16,000 on her first day after signing up to video messaging site Cameo 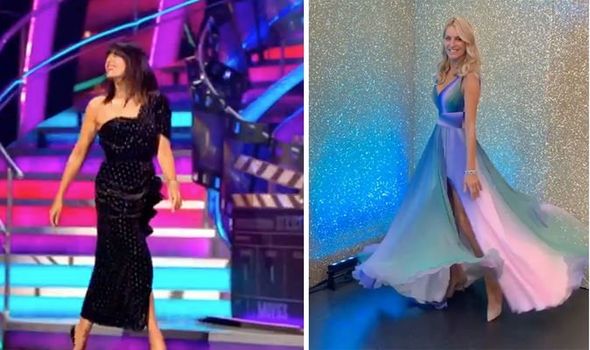 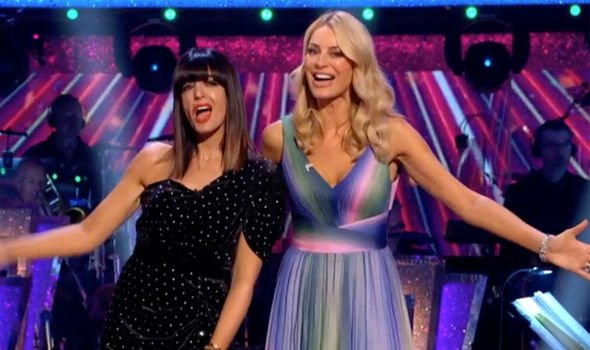 The pair walked on stage, in front of a glowing neon sign introducing the theme of the night and were greeted by an overwhelming applause from the audience.

The stylish number had one full sleeve and one sleeveless arm, accompanied by a luxurious ruche to the left side of the skirt revealing a bit of leg.

The brunette wore her iconic fringed hair straight and silky, meanwhile adding a red lip to the look for a pop of colour. 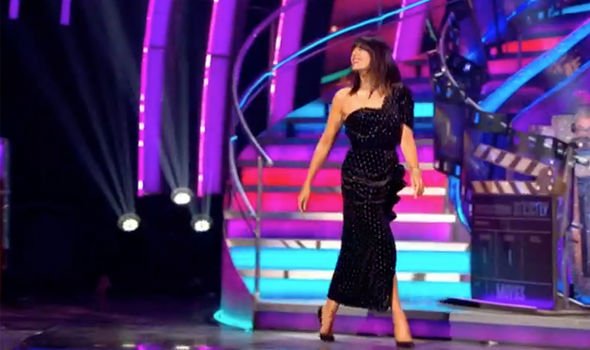 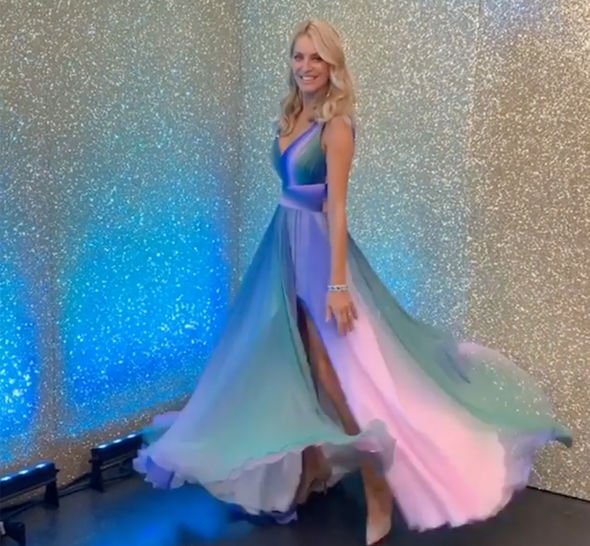 The flowing chiffon dress criss-crosses in a flattering wrap effect cinching in at the waist.

Meanwhile, the top of the dress has a open V-neck, revealing the presenter opted for no jewellery for a touch for understated glamour.

Her tumbling, honey-coloured locks fell around her shoulders, complete with a loose curl.

Both outfits complimented each other beautifully with Tess’ candy coloured number adding a little bit of fun alongside Claudia’s moody and mysterious  palette.

Both presenters posted glamorous pictures of their ensembles to their respective Instagrams before the episode.

Claudia’s showed an image of her having a last minute drink before taking to the stage, making a joke about her bold lip colour choice.

Tess also posted her own snap shot, in the form of a ‘Boomerang video’ which captures her spinning around in true dramatic style.

Her dress spins out around her, the chiffon rippling upwards to reveal her nude pointed shoes. 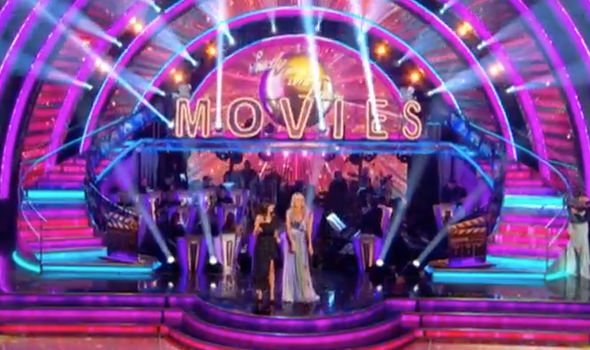 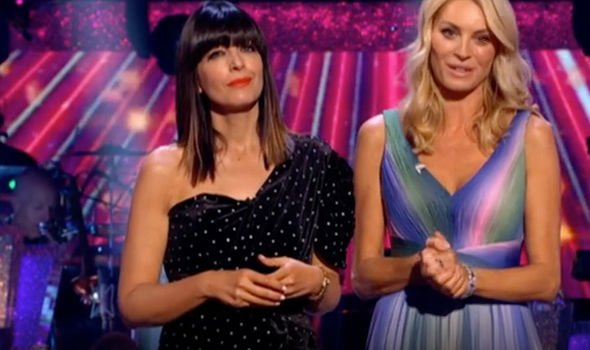 This isn’t the first time the pair have taken to the screen in glamorous, twinkling numbers, with sequins being the most common feature of the Strictly Line up.

The duo wowed audiences when they revealed the first photos from the series, both matching in similar sparkles.

Tess wore a gorgeous dress from poplar high street brand Rixo, retailing at £385. The long sleeved gown was rich in silver sequins and finished off with a sassy leg slit.

Meanwhile her co-presenter opted for a black and pink zig zag shirt dress-again covered in a layer of shine.

Tiger King's Carole Baskin made a whopping £16,000 on her first day after signing up to video messaging site Cameo Christie Brinkley, 66, shows off her ageless figure in a blue swimsuit at the beach
WORLD NEWS