GLYPHS are the mysterious little symbols we often see next to the zodiac sign, but very few people know what these symbols mean.

With the rise in horoscope popularity now off the charts, there's never been a better time to learn more about astrology. 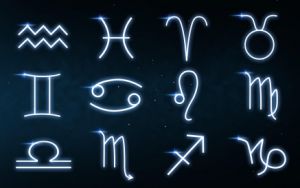 The bizarre little symbols we see next to our horoscopes known as glyphs, represent each zodiac sign.

While they may not immediately resemble a lion and a crab, each sign depicts the zodiac symbol it's related to.

Some of the more obscure symbols include Virgo's star sign associated with a maiden, represented by an 'M' shape.

They may look like hieroglyphics, but these fascinating glyphs each tell their own story. They also make excellent tattoos.

Let's dive in and see what they're all about. 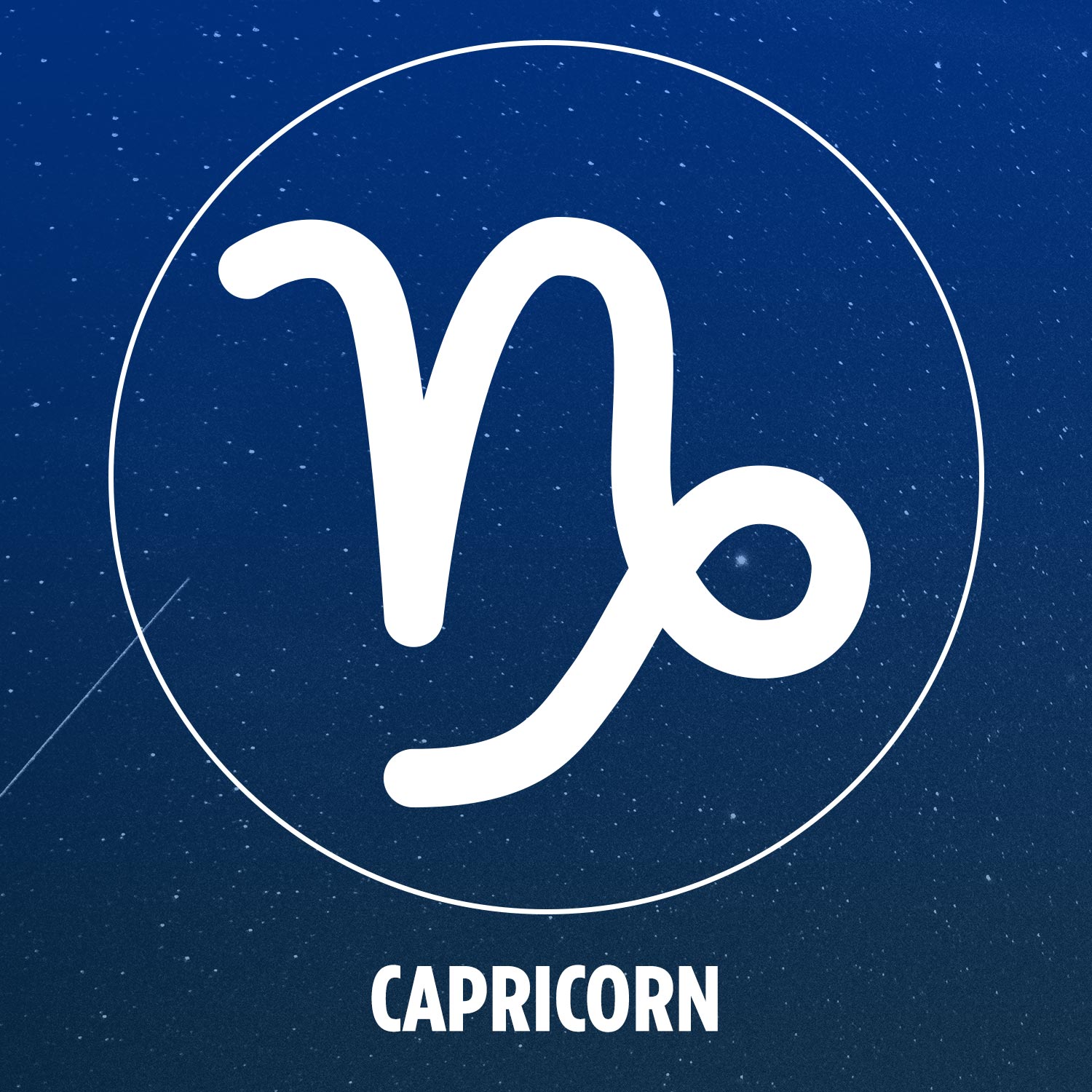 This glyph may at first appear to have nothing in common with Capricorn's famously stubborn animal, a goat.

But in ancient mythology, the Capricorn is actually represented by a sea-goat, complete with fins and a tail.

The sea goat is a sign of the dual nature of Capricorns: on one hand, they are hardworking, stubborn and goal-oriented, typified by the goat 'half' of the glyph.

On the other, Capricorns have an emotional side they keep hidden from everyone else – this is represented by the sea goat's hidden fishtail. 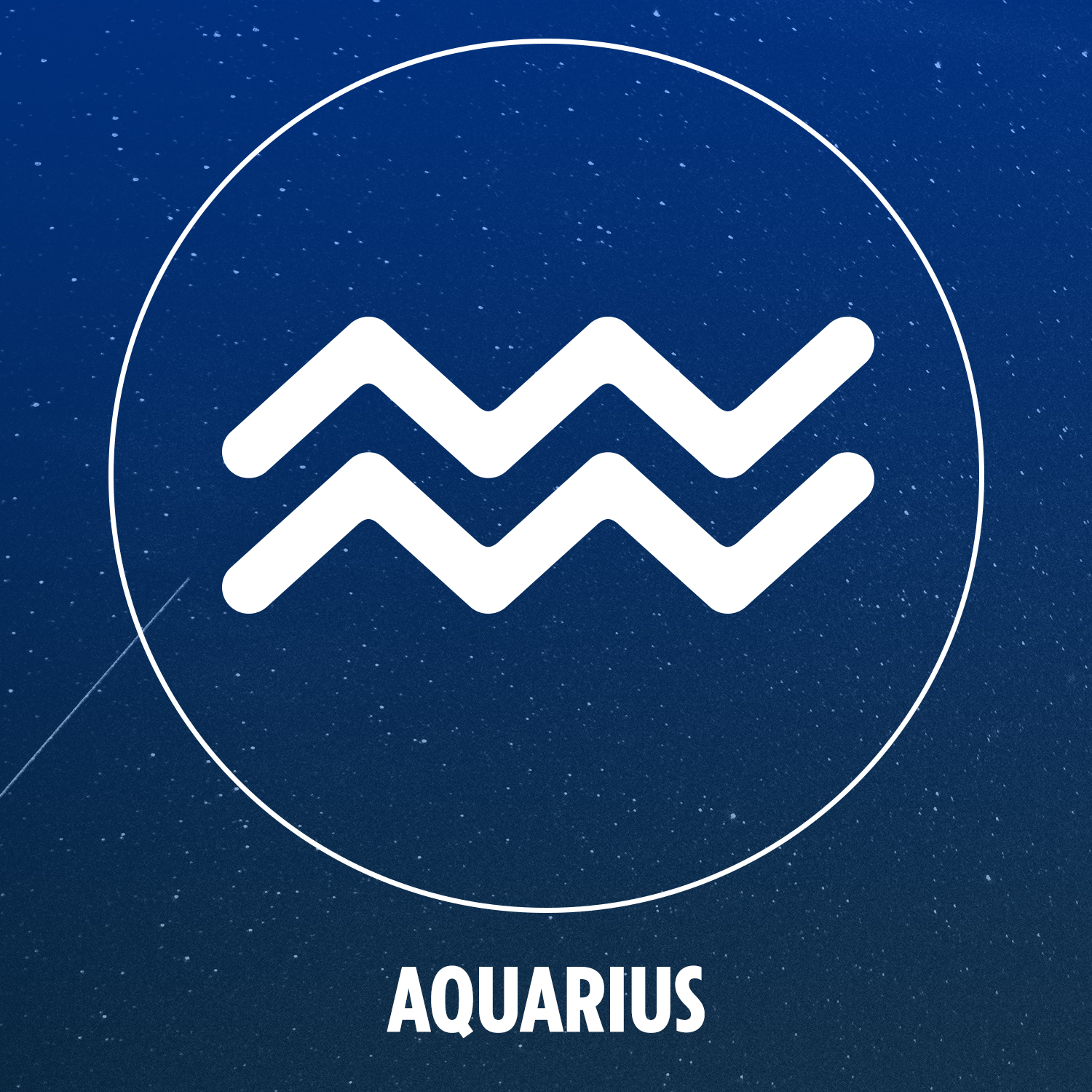 The Aquarius's glyph represents water. It's a common misconception that water is this sign's ruling element – it is, in fact, air.

The water seen in Aquarius' glyph represents water pouring from the water-bearer's pitcher in the constellation.

This signifies the Aquarian's innate aptitude for understanding the energy around them. Those born in Aquarius 's date range are assertive and analytical.

The glyph also looks similar to an equal sign, which could represent the different sides to an Aquarian's personality, as they are known to be a free-spirited and charming bunch, but they can also be moody, detached and stubborn. 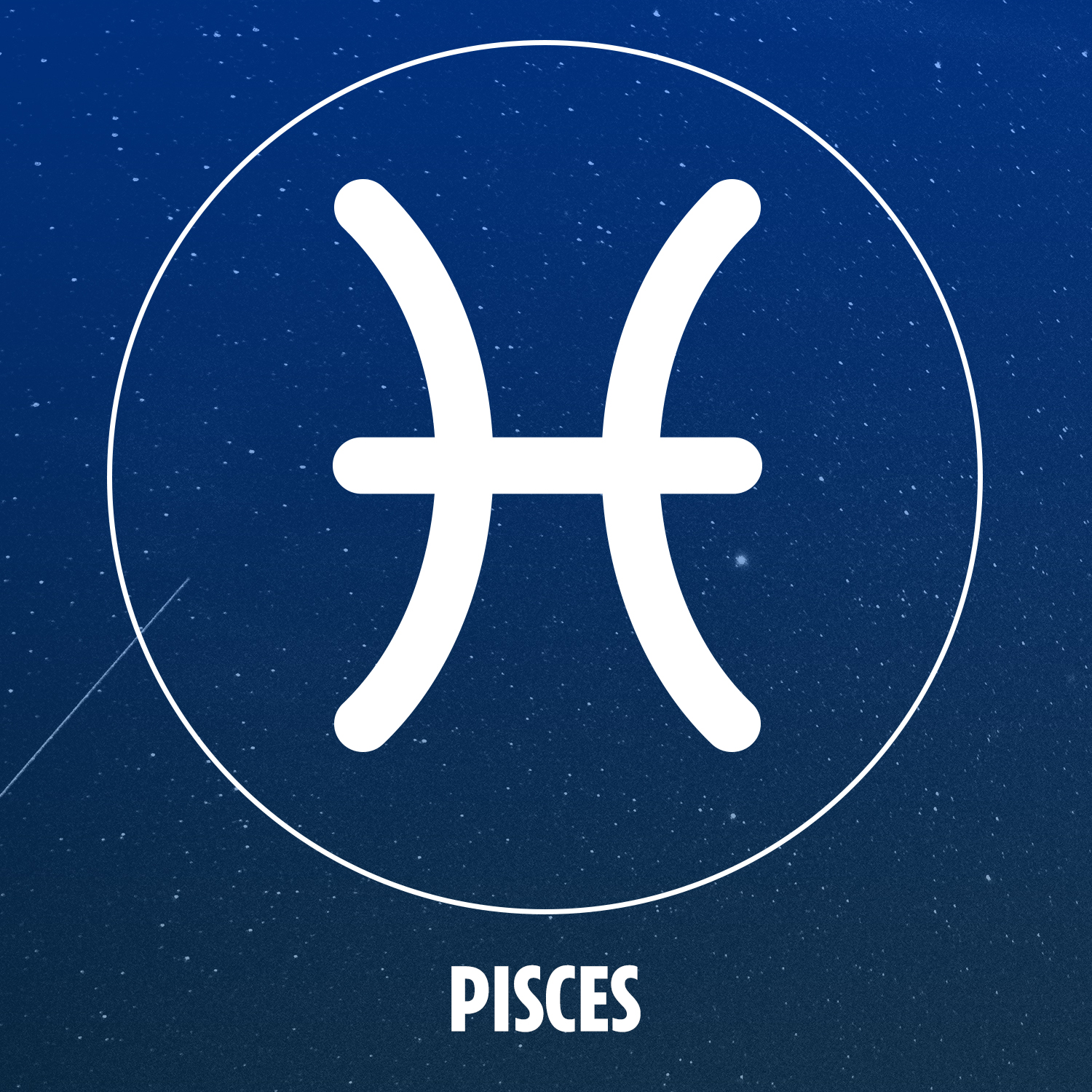 Pisces' glyph depicts two fish linked together while moving in opposite directions, which is thought to speak to the way people under this sign feel connected to those around them.

The symbol represents the way those who fall under the Pisces sign feel connected to others in the vast sea of the universe.

It also symbolises the way Pisceans are said to live half in the spiritual and half in the mortal realm, with a higher spiritual nature than the other zodiac signs. 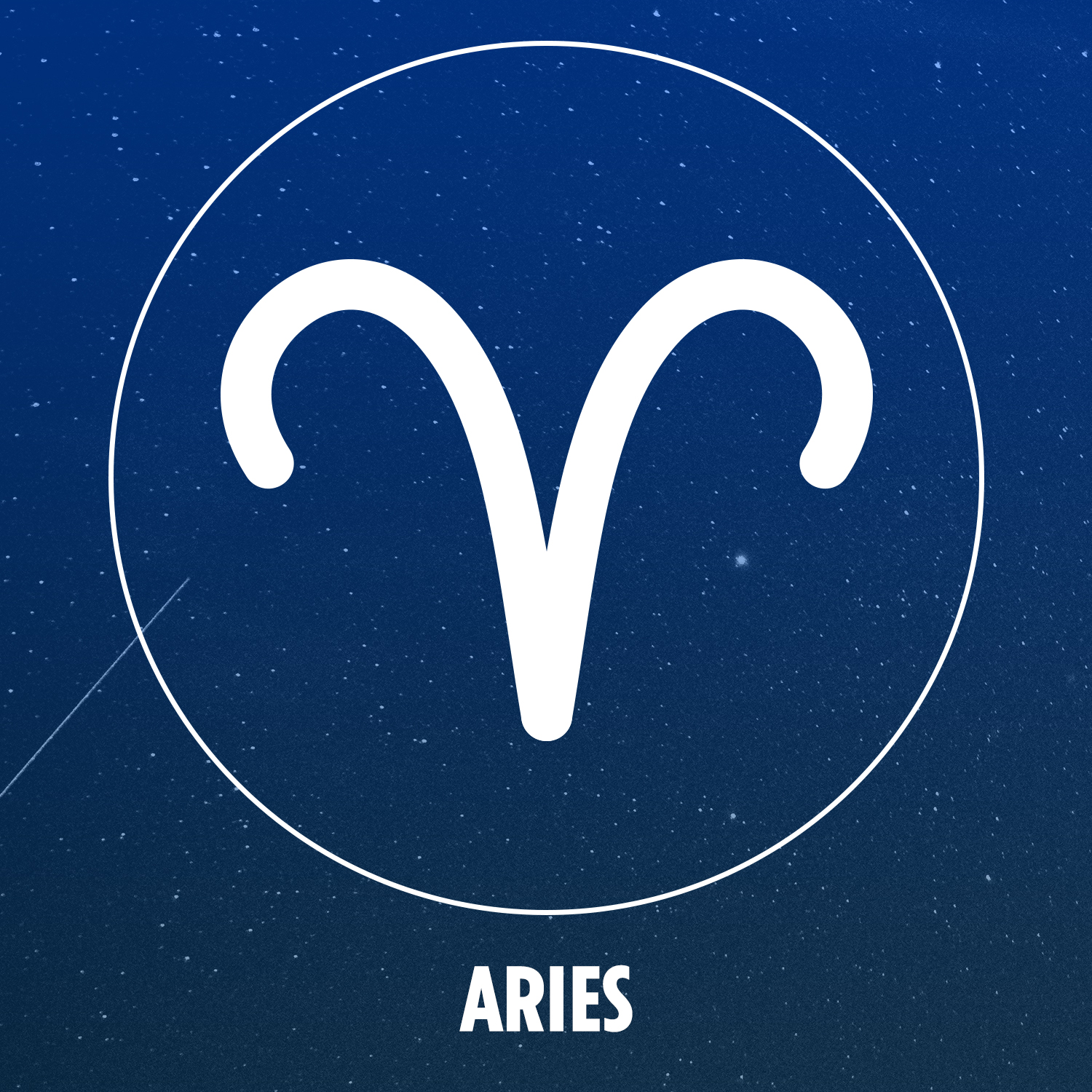 Famously passionate, fiery and argumentative, it's no wonder Aries is symbolised by a ram.

The water represents the surge of youthful energy and a strong sense of identity and consciousness bursting forth from Aries.

This ties in with traits like determination, high energy and a way of acting with conviction.

Like a ram, those born in the sign of Aries will continue to butt as something with their 'horns' until they get their way! 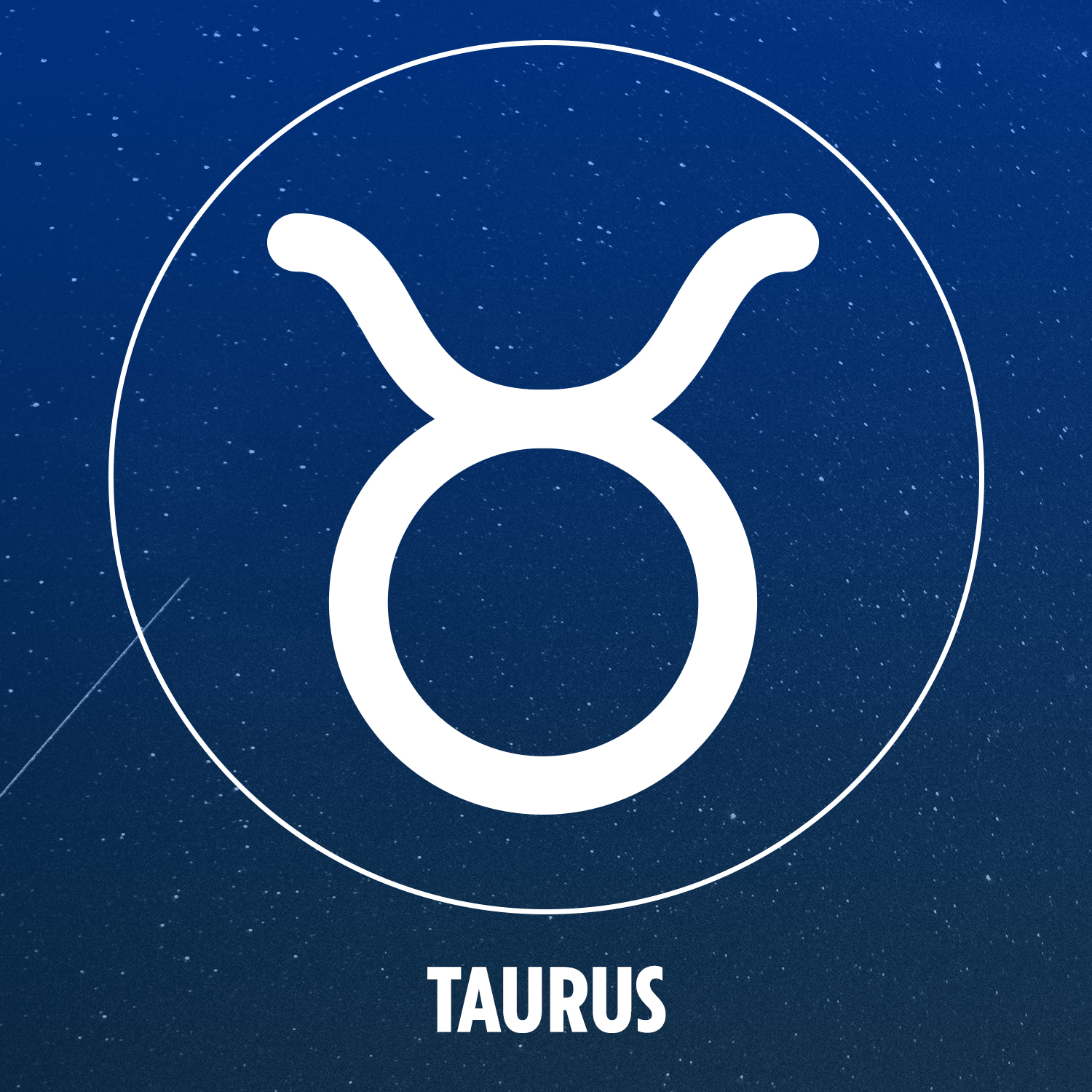 Known for their stubborn nature, it's only fitting those falling under the Taurus sign are represented by a bull glyph.

The circular symbol represents the body of the bull, with two horns sitting on top.

These horns are said to represent extra sensory appendages of the bull, as Taureans are more in touch with their senses than any other sign in the zodiac.

Grounded in hard work, slow and steady perseverance and security, the bull is the persistent provider of the zodiac. As a result, those under the Earth sign are known for materialism, determination and pragmatism.

Like a bull, Taureans will peacefully get on with life when left alone, but if roused or angered, they will charge! 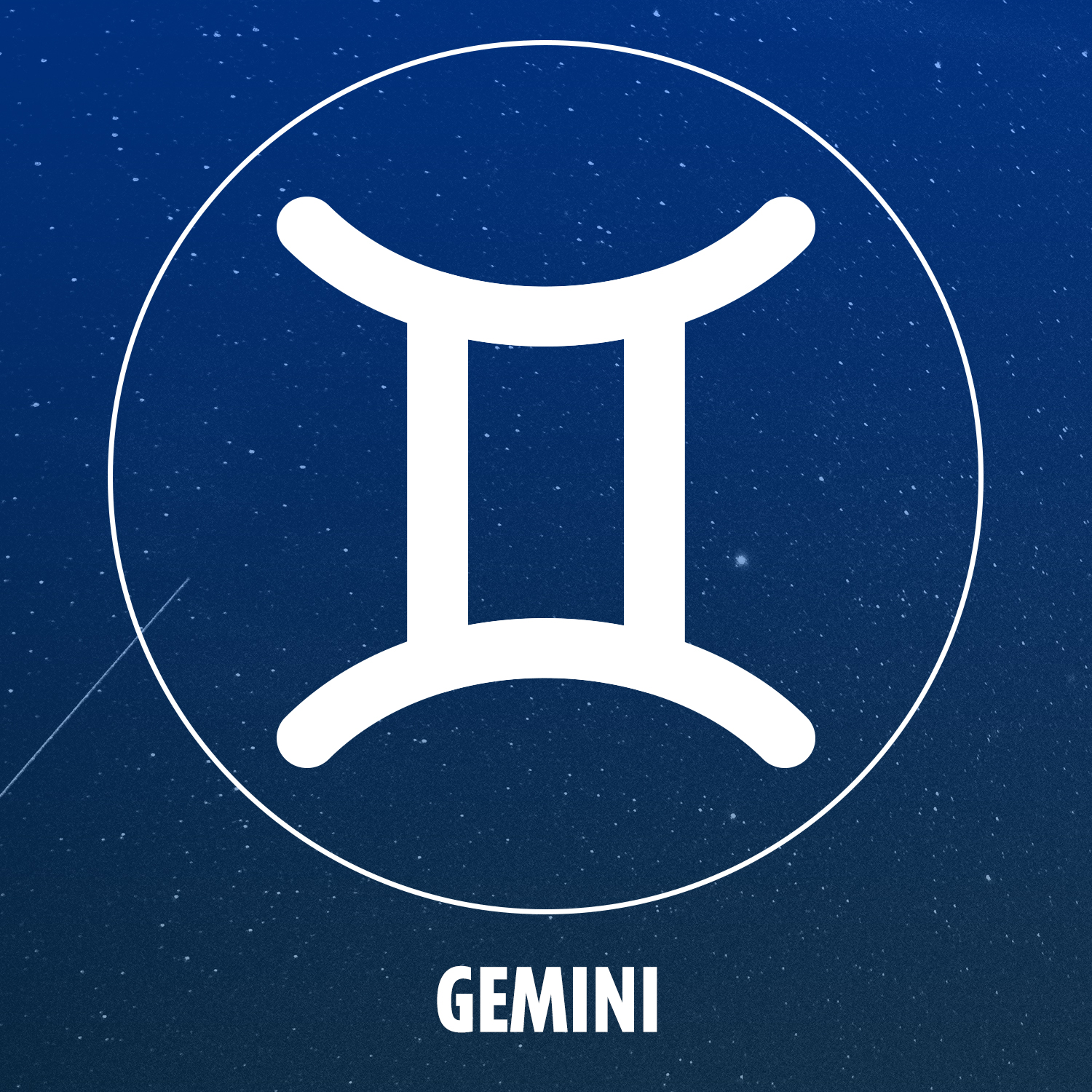 Geminis are represented by the twin glyph, indicative of the two sides to those who fall under this Air sign.

The glyph is also designed to represent the Roman numeral II for duality.

This can manifest positively, by allowing Geminis to see two sides to a situation, or by causing them to feel conflicted by opposing views.

Geminis can be intelligent, adaptable and charming while also possessing nervous and indecisive traits.

Like dark and light, yin and yang, neither opposing side of the Gemini can exist without the other. 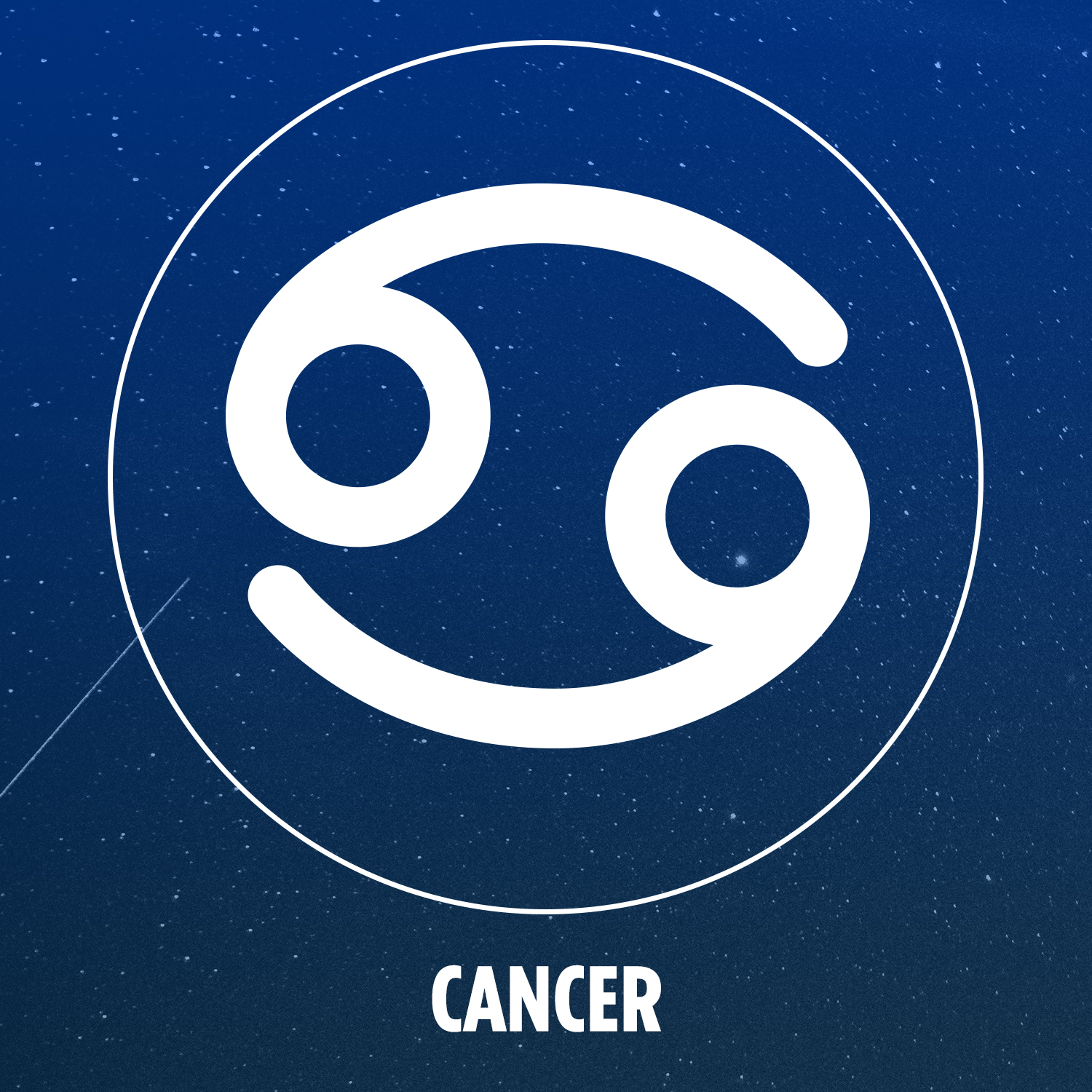 Cancer's glyph can be interpreted in a number of different ways.

Comprised of two parallel symbols coming together to resemble a sideways '69', the image is thought to represent a crab's claws or a woman's breast.

Like a crab's touch pincers, Cancerians don't let go of things easily once they have crabbed on to something like ideas, goals and relationships.

The interpretation of the glyph as breasts speaks to the nurturing and caring qualities Cancerians possess.

People under the zodiac sign of Cancer are charming, fun and loving – although their friendliness can come as a disadvantage when misinterpreted. 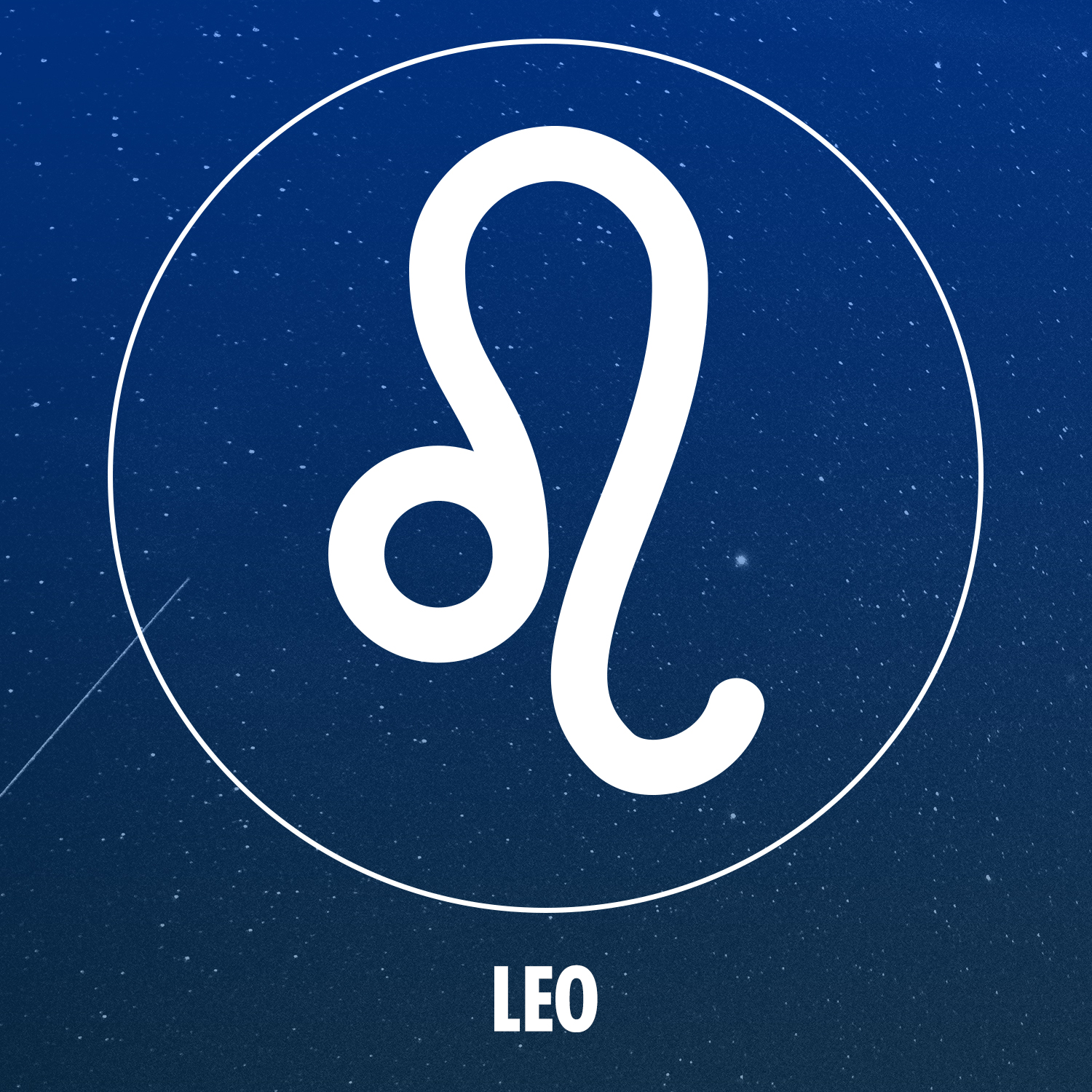 Passionate, enthusiastic and ambitious, it's no wonder Leos are represented by a lion.

The lion is replicated in this glyph, with the circle representing the body and the swooping curved shape representing a feline's mane and tail.

The circular shape shown in this glyph is also said to represent the sun, which is the Leo's ruling element, while the curved symbol on top might be the moon.

Together, these create a balance in emotions and show how the Leo can strike a happy medium between being led by the head and the heart. 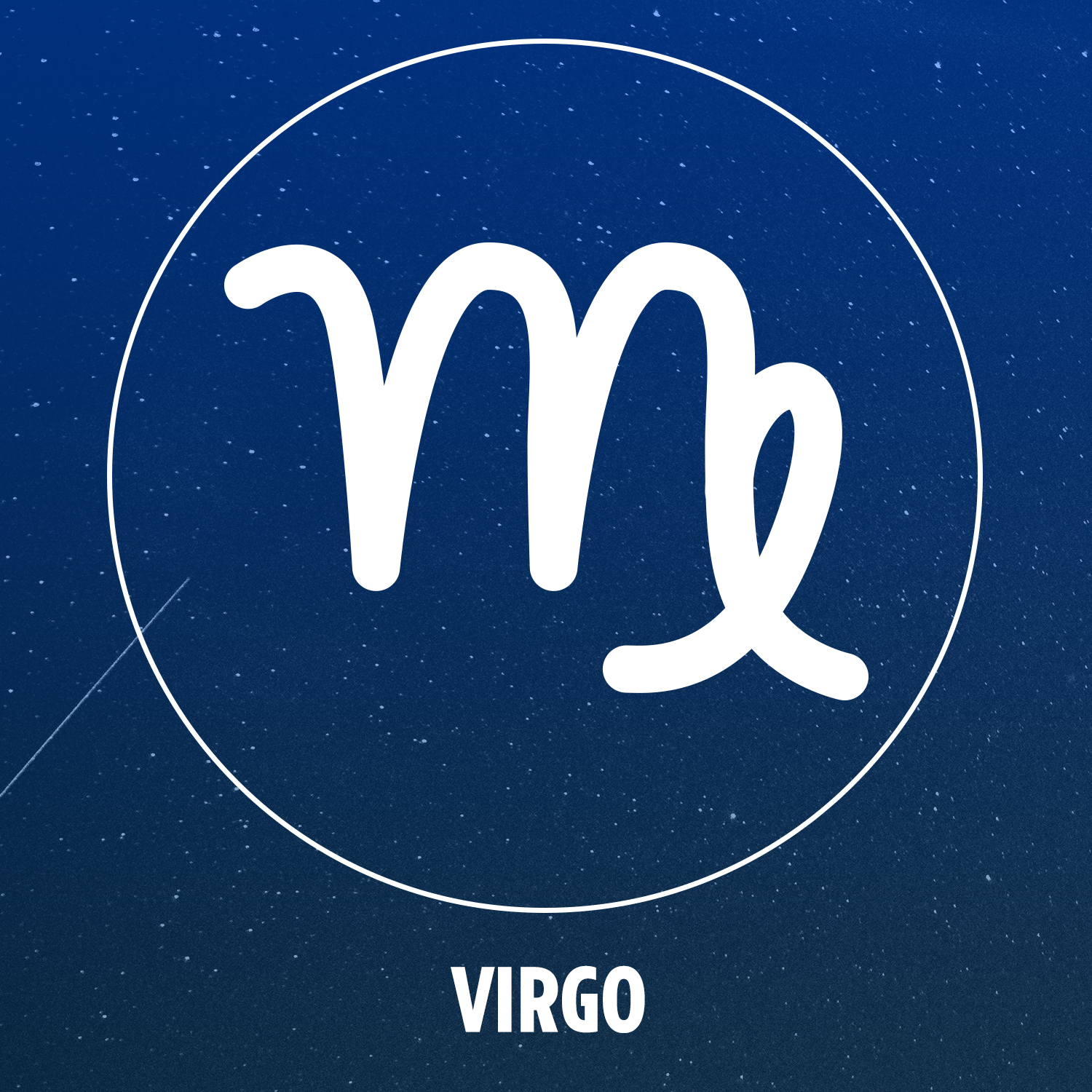 A Virgo star sign is associated with organisation, good communication and high intelligence.

When astrologists read shapes in the stars centuries ago, they decided the glyph for Virgo represented an 'unspoilt' virginial woman. Some say this is shown as an 'M' shape, for 'maiden,' while others interpret the crossed loop to represent the closed legs of a chaste virgin.

The crossed loop may also represent a gatekeeper, which speaks to Virgo's emotional sensibilities and strong sense of right and wrong.

Virgos are often modest hard workers who sometimes struggle with impostor syndrome but make for excellent friends and partners. 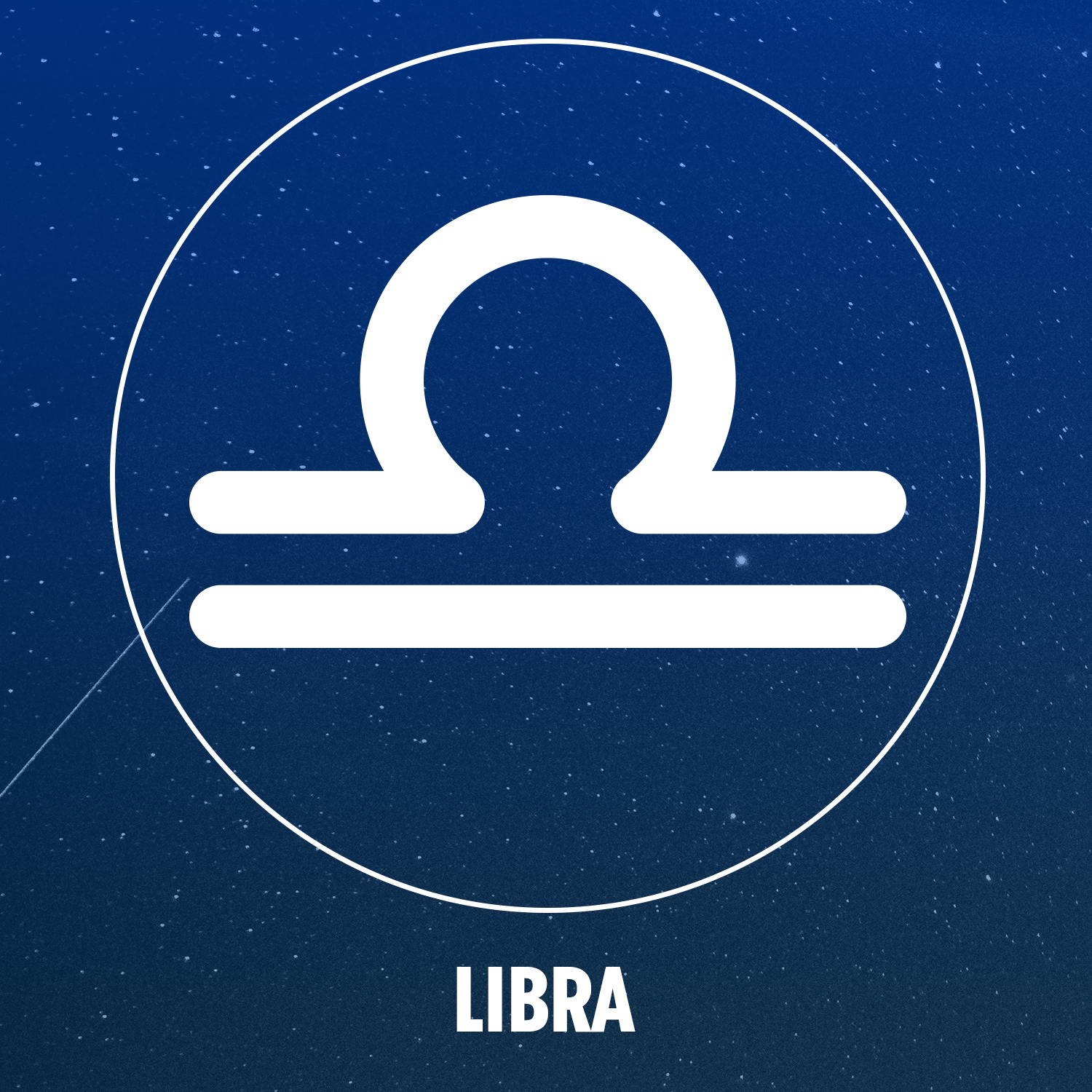 Charming, charismatic and easy to get on with, Libras love to find a balance in all areas of life – as symbolised in this abstract glyph.

Some say this glyph shows a set of scales, symbolic of a quest for harmony and balance.

The image can be seen to represent a sun setting or rising on the horizon, which is a nod to the 'in between' nature possessed by Libras, which can cause them to be indecisive and non-committal.

As a star sign rules by the Planet Venus, Librans are famously appreciative of beauty – just like a sunrise or sunset depicted in this glyph.

They adore the finer things in life, and can't stand being surrounded by mess – especially in the home. 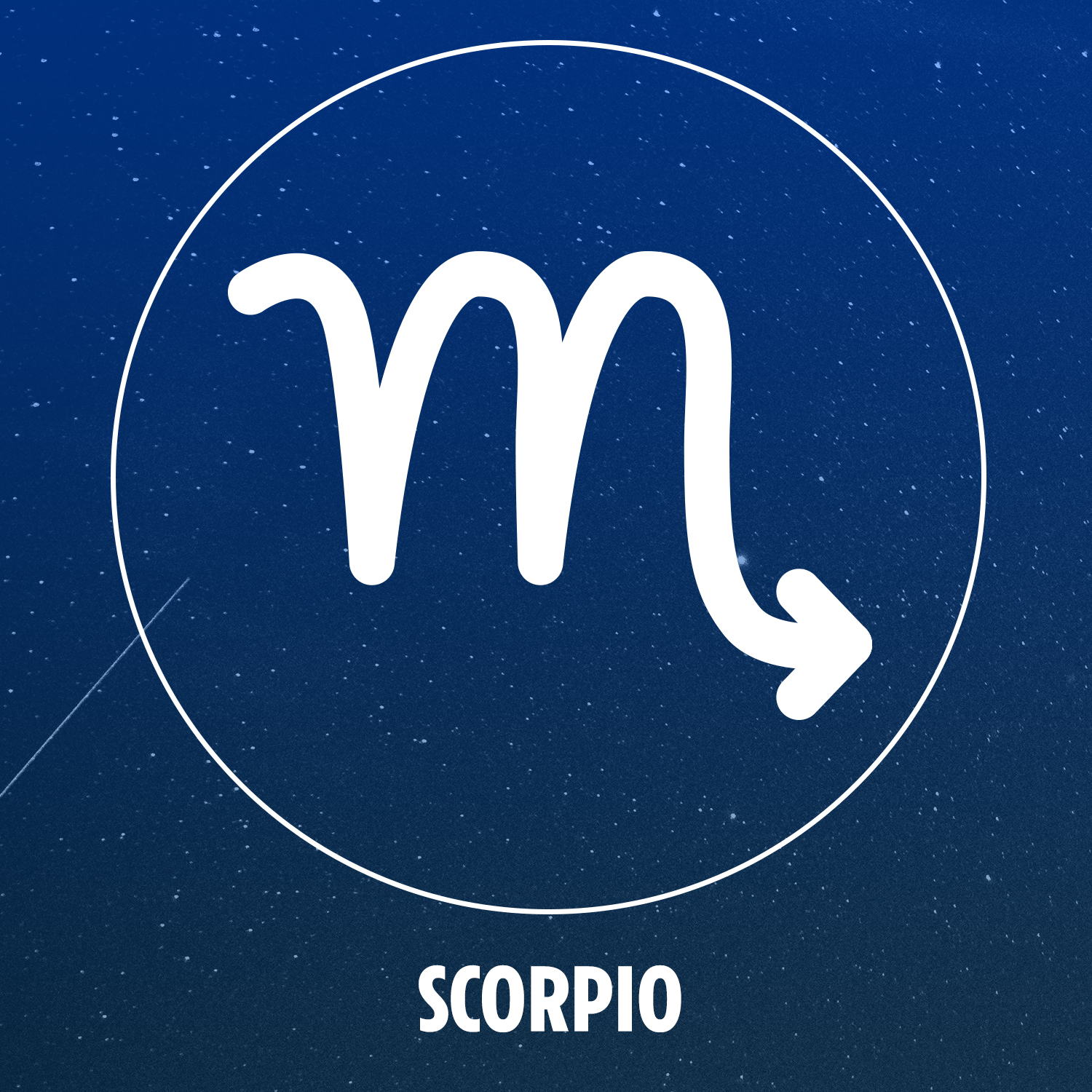 This glyph looks similar to a letter 'M' with an arrow coming across from the right.

In fact, this shape is more closely associated with Scorpio's spirit animal, the scorpion, with the arrow representing the insect's stinger.

Known for their passion, persistence and hot-headed nature, a scorpion is an apt representation of a Scorpio.

Influenced by Pluto, the god of the underworld, and Mars, the god of war, Scorpios are driven by desire and need and are often thought of as the sexiest sign in the zodiac. 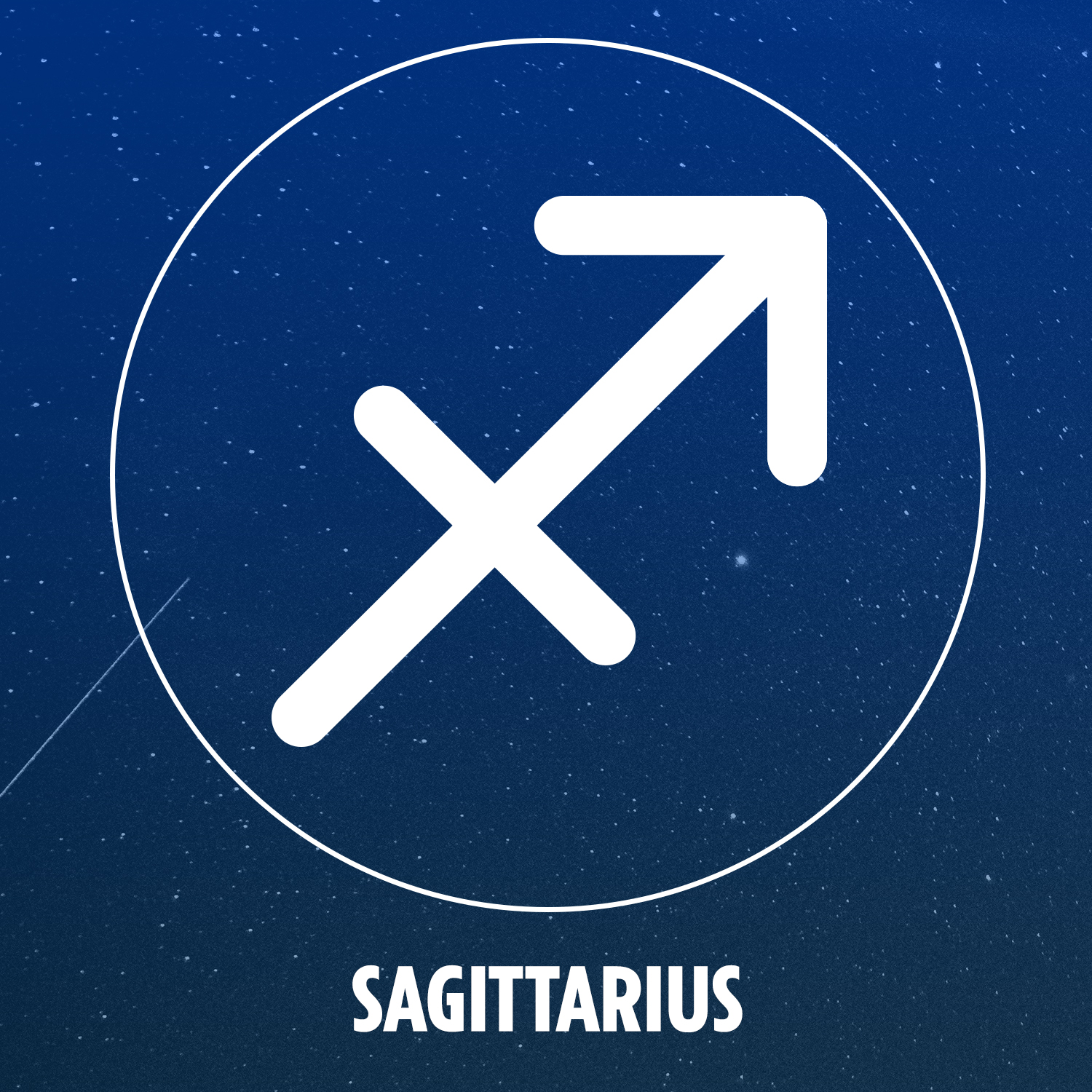 It's quite clear the Sagittarius glyph represents an arrow. The symbolic value of this speaks to Sagittarians taking aim on a goal or ambition and going after their dreams.

They are also known to have high-reaching ideals and often shoot for the moon in terms of trying to live their life in an idealistic fashion.

People born under the Sagittarius sign tend to be optimistic, adventurous and generally restless.

They can also be seen to have a direct way of speaking, which could relate to the arrow symbol seen in the above glyph.

Older and more mature Sagittarians have a good harness over this nature and can use their blunt candour for good.