AFTER moving into her dream home, Pickle Cottage, Stacey Solomon has been throwing herself into a major house makeover, with her latest project being son Rex's bedroom.

Fresh from tackling her downstairs toilet and turning it into the ultimate blue escape, Stacey decided to get started on making her little boy's new room much more child friendly. 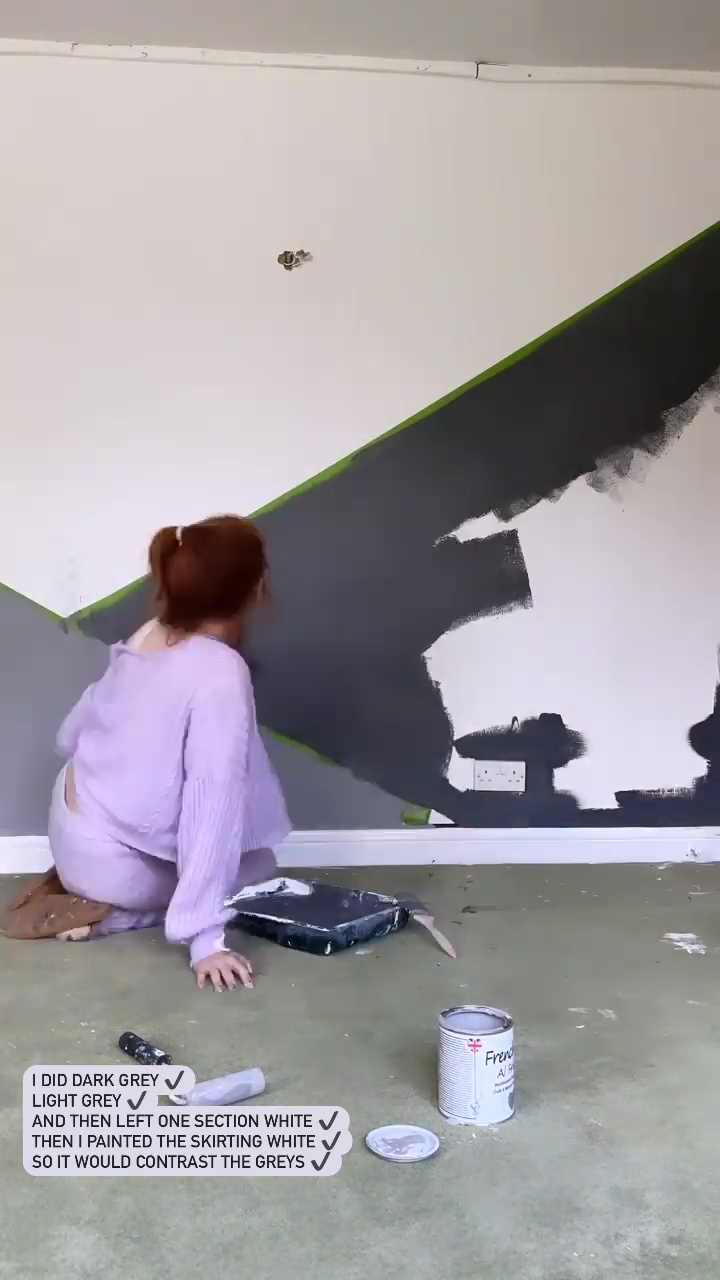 She had initially tackled the old-fashioned fireplace in Rex's room – painting over it with grey, white and black paint and dressing it up with soft toy zebra heads she came across on Amazon.

Continuing the Amazon haul, Stacey snapped up some animal-themed wall stickers and decided to make a contrasting wall with them.

Any excuse for another of her "Tap to Tidy" posts, Stacey filmed the process for fans on Instagram in a step-by-step video.

First, she outlined her sections using frog tape, using her eye for a guide, before painting the bottom sections with dark grey on one side and a lighter grey on the other. 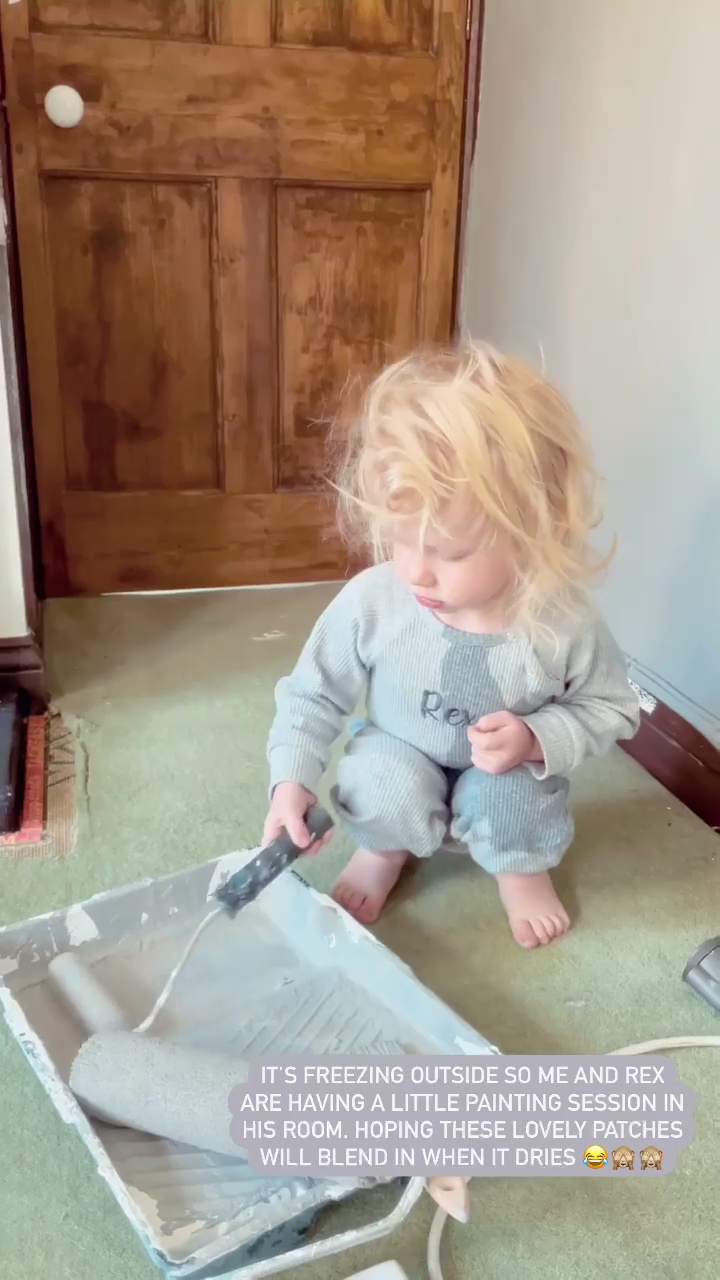 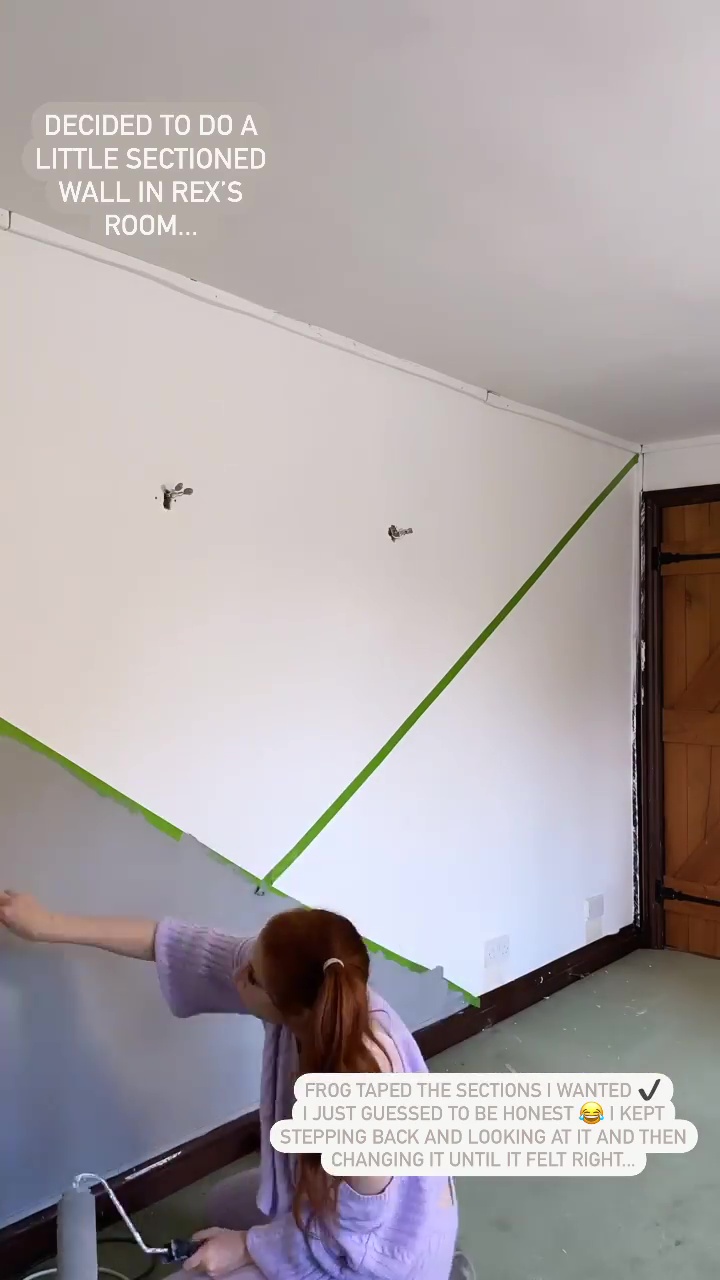 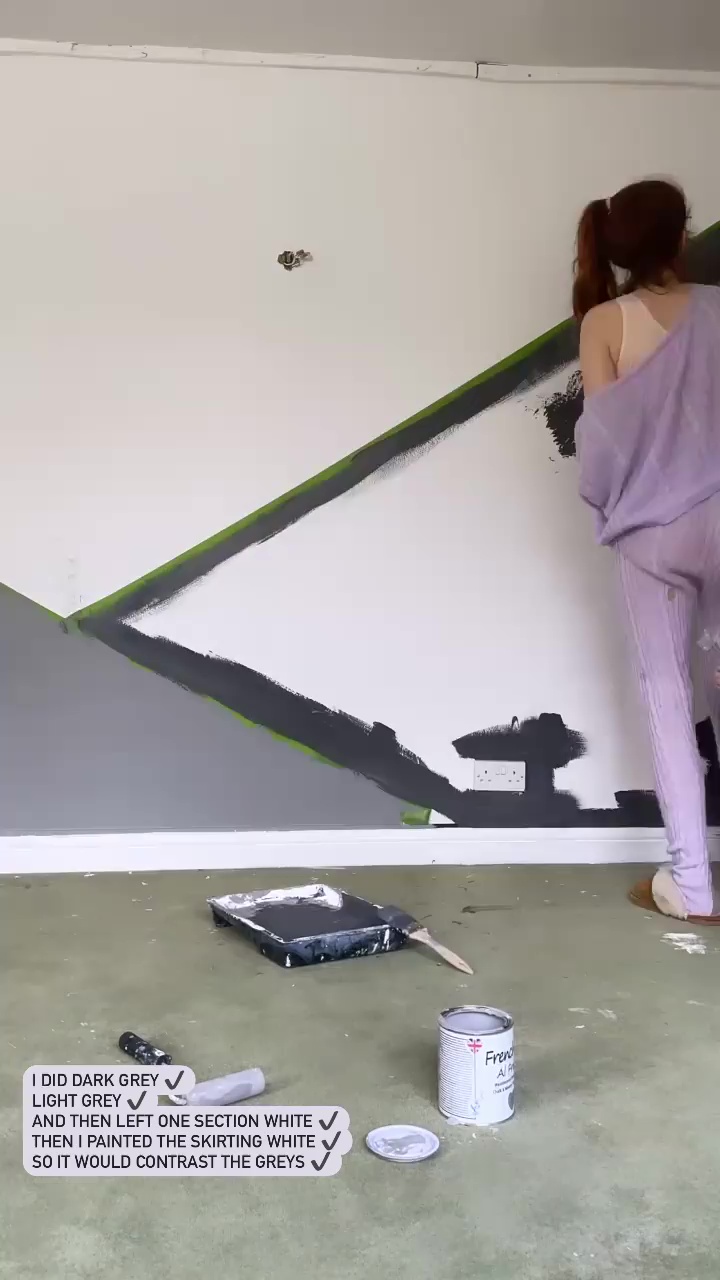 Offering some advice, she told her followers: "My advice to anyone thinking of doing this – persevere and keep stepping right back so you can get a good perspective on it.

"And if you can't get it straight, maybe pencil a line first with a spirit level."

Stacey chose to keep the top section of her wall white and painted over the wooden skirting boards with a white paint to contrast the grey. 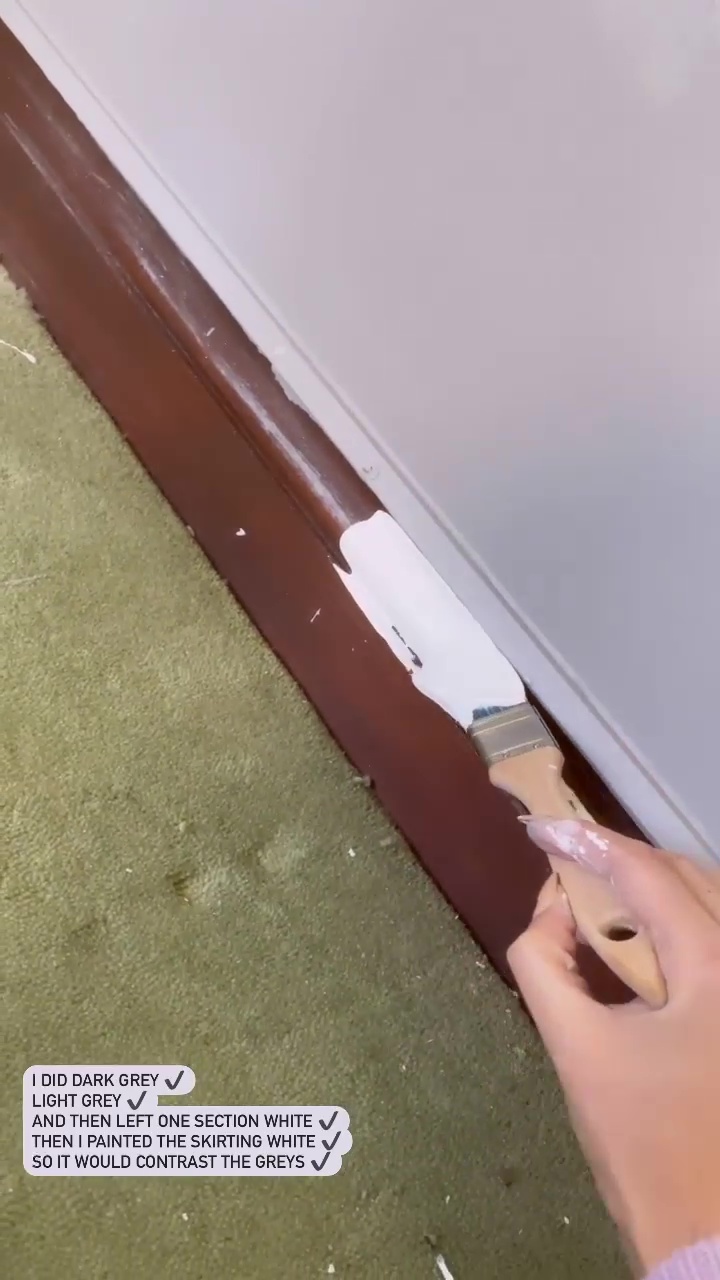 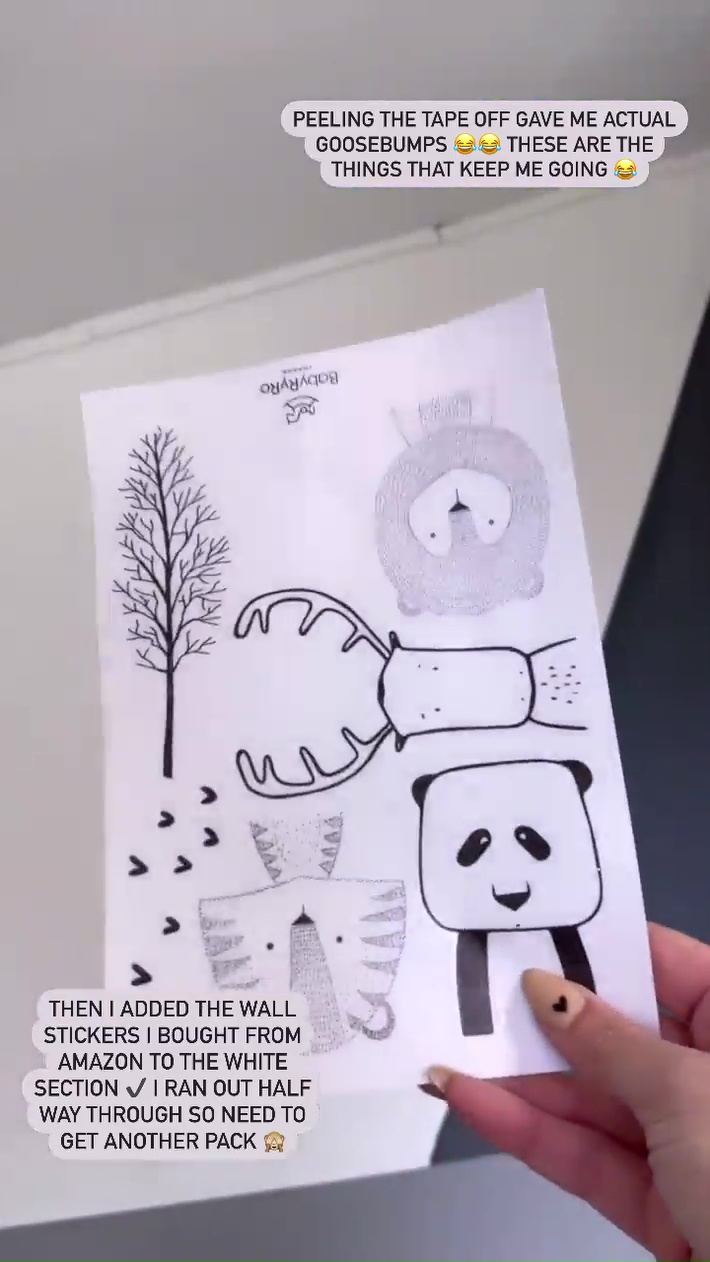 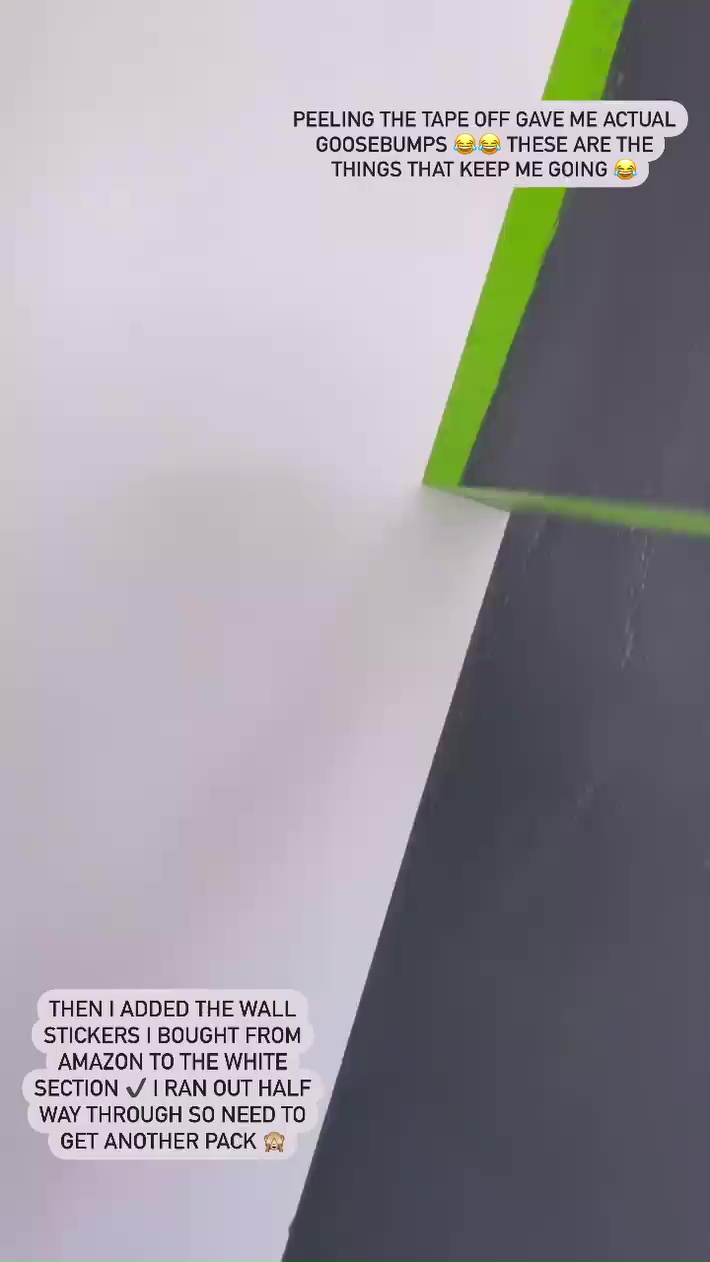 She then added the stickers to the top section of the wall (£9.99, Amazon), but ran out halfway through and stocked up on two more packets to finish it off.

With the wall almost-complete Stacey pulled off the frog tape and said: "Peeling the tape off gave me actual goosebumps. These are the things that keep me going."

She shared before and after photos following her paint job, with the finished wall now oozing character. 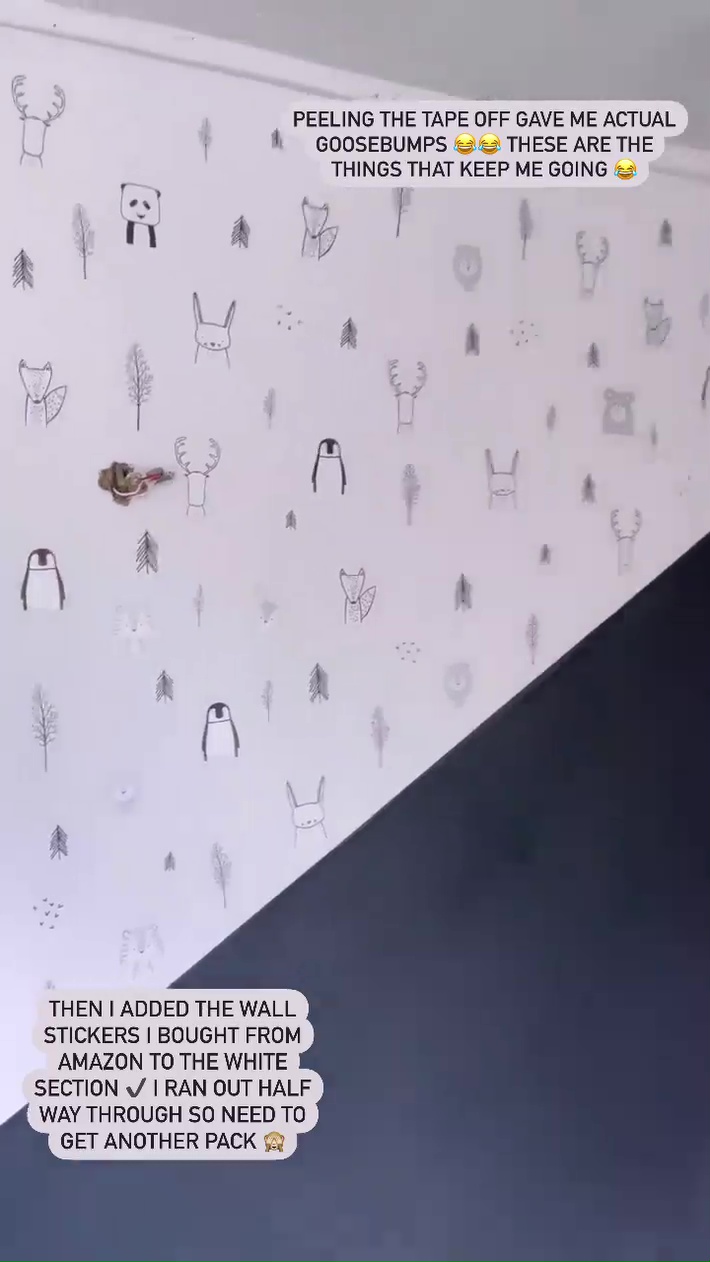 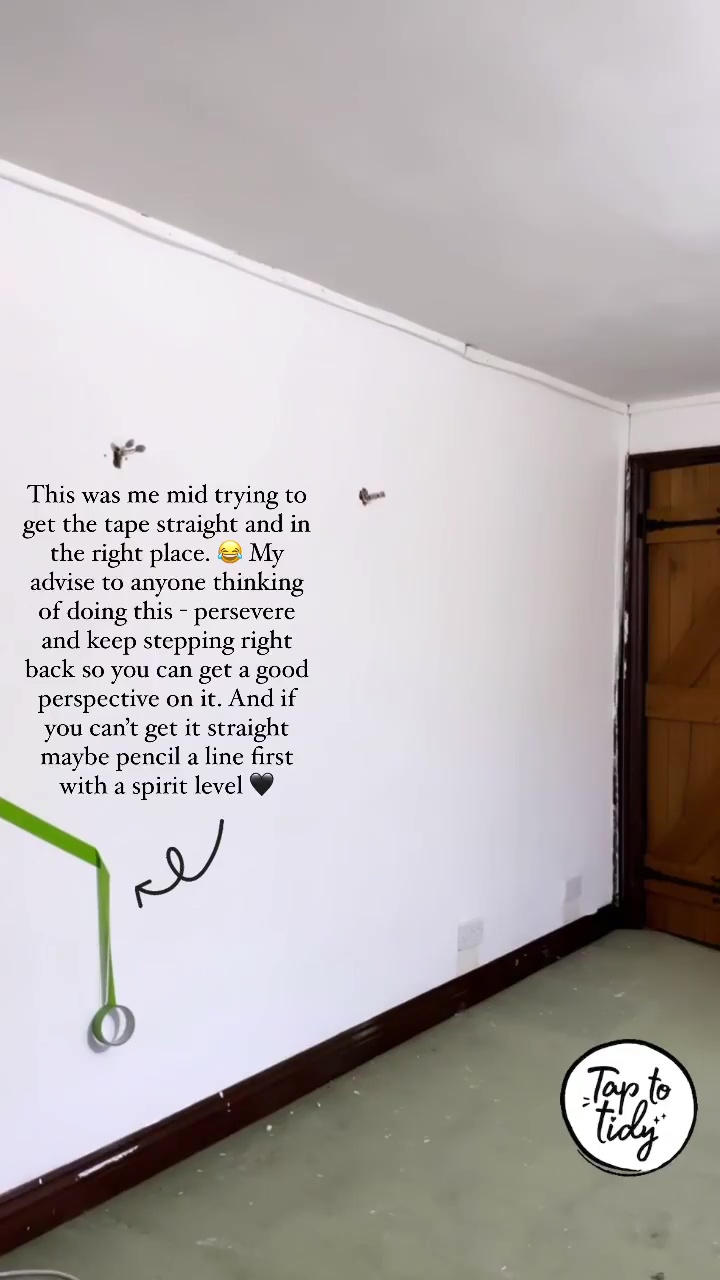 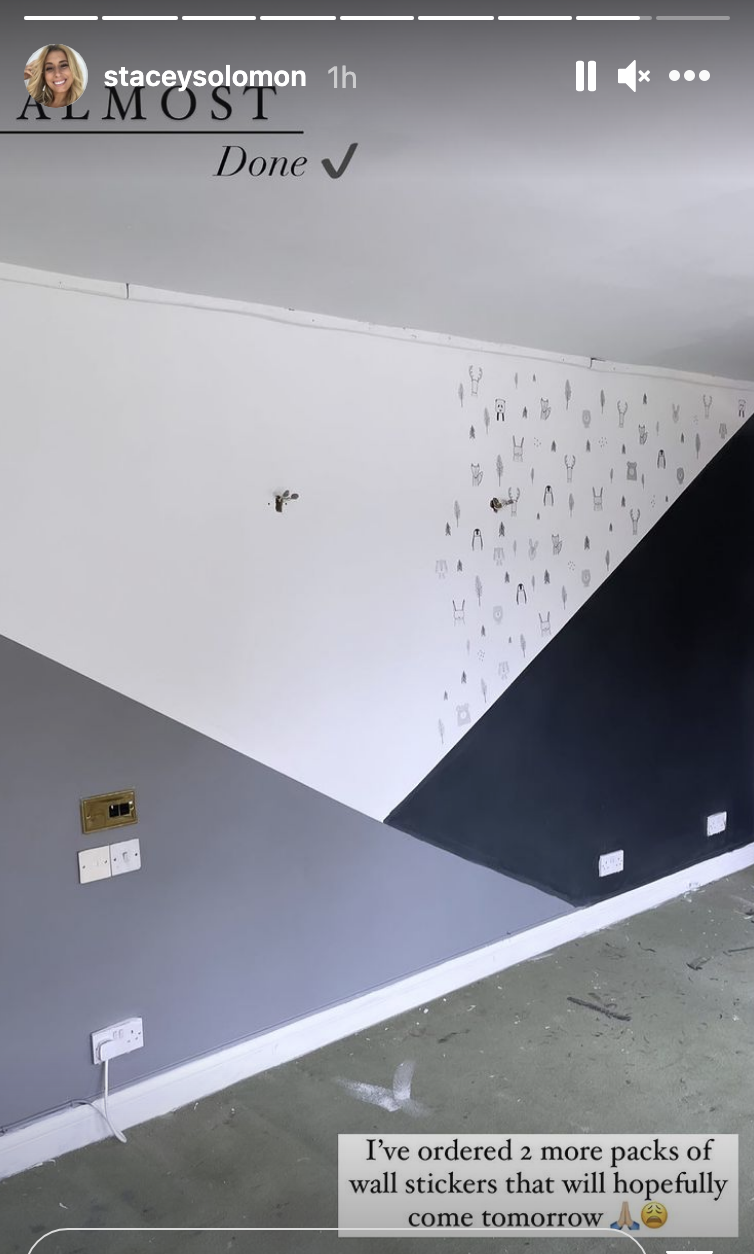 Stacey moved into her new home in March with fiancé Joe Swash, their son Rex, one, and her two boys Zachary, 13, and Leighton, eight.

Complete with a huge garden and swimming pool (and even spare rooms for more babies in the future), the dated cottage-style country home is a huge renovation project for the couple.

"Never in a million years did we ever think this would be. We feel so lucky and are so grateful to have found this hidden treasure closer to our family and further out," Stacey said on moving in.

"We can’t wait to fill it with love and give it our everything. To raise our family here. And to just start a fresh."

Meanwhile, Stacey revealed the epic bargain buys she snapped up from Ikea on recent haul, including budget jars and more fake plants.

Plus, the Tap To Tidy star reveals 'game-changing' washing hack that means you'll never have to fold clothes again.

And Stacey reveals her top tips for decluttering your home, from rolling clothes to creating a 'sauce closet'.