Christian Siriano gave fans a peek inside of his home for Architectural Digest. Scroll on to see photos of the designer and Project Runway alum's house. 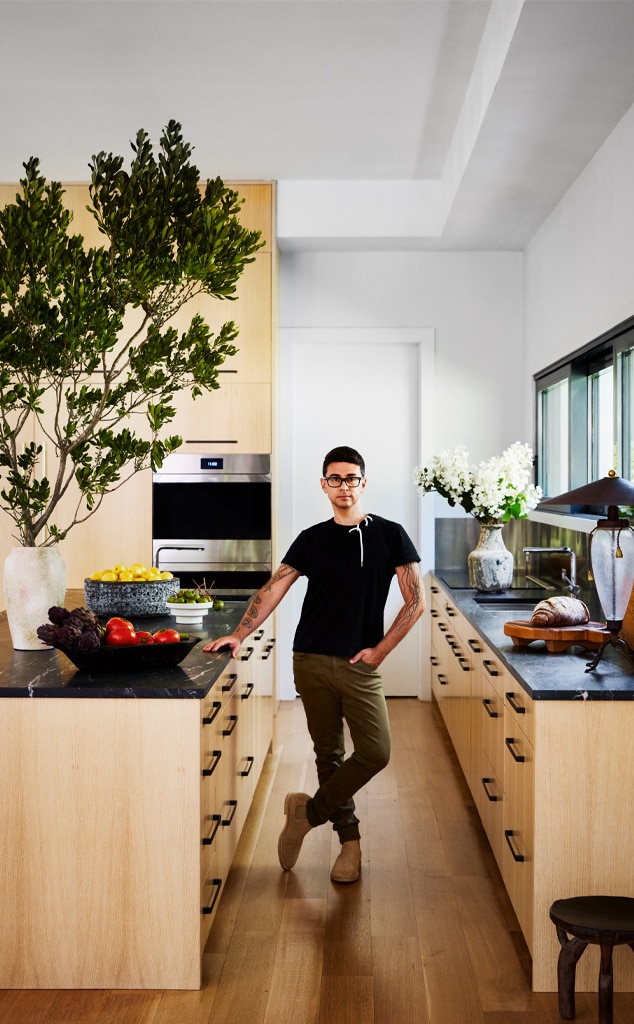 There's only one word for Christian Siriano's home: fierce.

The 34-year-old designer opened up the doors and gave fans a glimpse inside of his sweet pad for Architectural Digest.

From its windows spanning 11 feet to its stunning hardwood floors, the abode in Westport, Conn. is a true oasis for Siriano.

"I was looking for a full refresh," he told the magazine in regard to his move from an antique Colonial house to his new modern lair. "I felt like my life was a little chaotic. The last year or two, I just haven't stopped—doing shows, collections, collaborations. I was like, I need a break. I wanted something zen and easy."

The house was designed by Bolek Ryzinski in collaboration with RAAD Studio. Per the publication, Siriano closed on the property in February—just before the global coronavirus pandemic. He and his partner, Kyle Smith, have been social distancing there ever since. Aside from settling into their dream home, Siriano and his team have also been hard at work making masks for medical workers fighting against COVID-19.

As a lover of antiques, Siriano's personal style can be spotted throughout the home.

From his 1940s console to his 1950s barstools, there are several timeless pieces. In fact, the fashion guru has developed a love for furniture design and has even created a few of his own pieces, including the settee in his office.

The bathroom is also a retreat and features a giant soaker tub that overlooks the nearby woods. Siriano also told the publication the space is bigger than his first apartment in New York. Other luxuries include a pool and a wine cellar.

To see more pictures, head on over to Architectural Digest