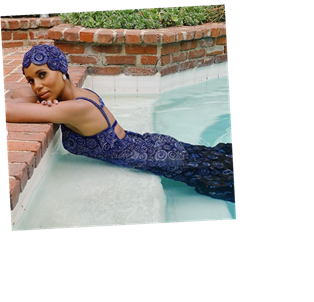 The further we venture into awards season, the higher the expectation for nominees to deliver pre-pandemic red carpet looks. Sunday night’s SAG Awards, then, are presumably set to take things further than the Grammys and Golden Globes—even if the latter’s breakout star, Anya Taylor-Joy, won’t be present to deliver more major Dior. Fret not; this season’s other red-carpet standout, Cynthia Erivo, has already delivered with a look that her stylist Jason Bolden summed up as “a Queen in [Alexander] McQueen.” The awards ceremony was pre-taped, meaning the stars got dressed and photographed long before the show actually aired. See how everyone got glammed up for the occasion—or didn’t— here.