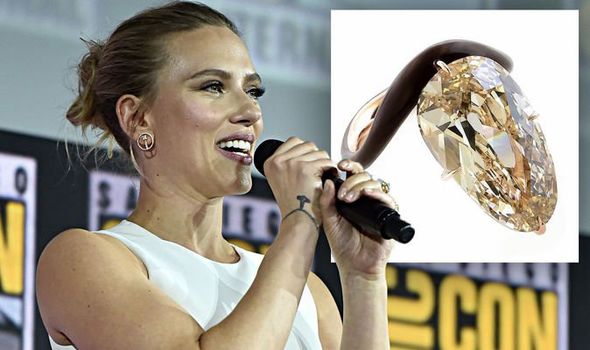 Scarlett Johansson looked stunning ComicCon yesterday in San Diego. Wearing a mesh panel jumpsuit, the 32-year-old showed off her enviable figure. But while there’s no denying she looked great, fans were more interested in something else – Scarlett’s blinging engagement ring. The actress – who recently got engaged to American comedian Colin Jost – flashed the huge, light brown diamond as she talked on stage at the Marvel Studios Panel. And onlookers couldn’t get enough of the huge rock as they rushed to Twitter to comment on it. “Holy Smokes! Scarlett Johansson Debuted Her Ginormous Engagement Ring at Comic-Con,” one fan wrote. “Not only are we getting a solo #BlackWidow but also I see Scarlett Johansson rocking her engagement ring today at the Marvel event. It looks like Emerald or Oval cut not sure. Maybe 3-5 Carats the diamond hmmm,” another said.

“That’s some serious ice on #ScarlettJohansson’s finger,” a third wrote.

“Beautiful,” a fourth wrote sharing a ring of the diamond dazzler.

Where is Scarlett’s ring from?

The 11-carat egg-shaped light brown diamond is believed to be the work of Taffin’s James de Givenchy. It is estimated to cost around $400,000, which is equivalent to £321,000.

It’s the first time the Black Widow star has worn the rock in public since Jost popped the question in May. The proposal came just two years after the couple started dating in 2017. 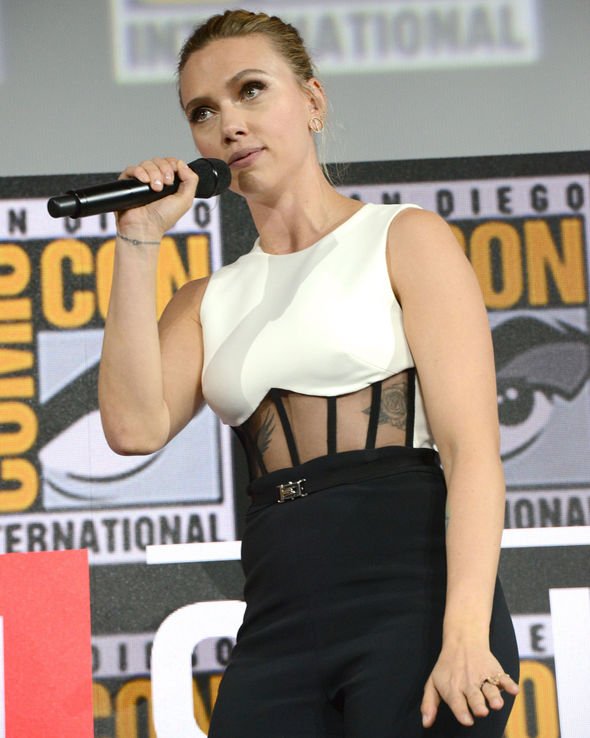 The pair first met in 2006 on the set of Saturday Nigh Live, when Jost was working as a writer and Scarlett was appearing on the show as a celebrity guest. However, they weren’t romantically linked until over a decade later.

In May, Scarlett’s publicist Marcel Pariseau told The Associated Press that the “couple is officially engaged after two years of dating.”

According to The Associated Press, Scarlett and Jost, 37, are yet to set a wedding date.

Has Scarlett been married before?

The access has dated a few public figures, including Deadpool’s Ryan Reynolds, who she she dated for a year before marrying in 2008.

Sadly, they split in 2010. Ryan is now married to actress Blake Lively, and they’re expecting their third child. 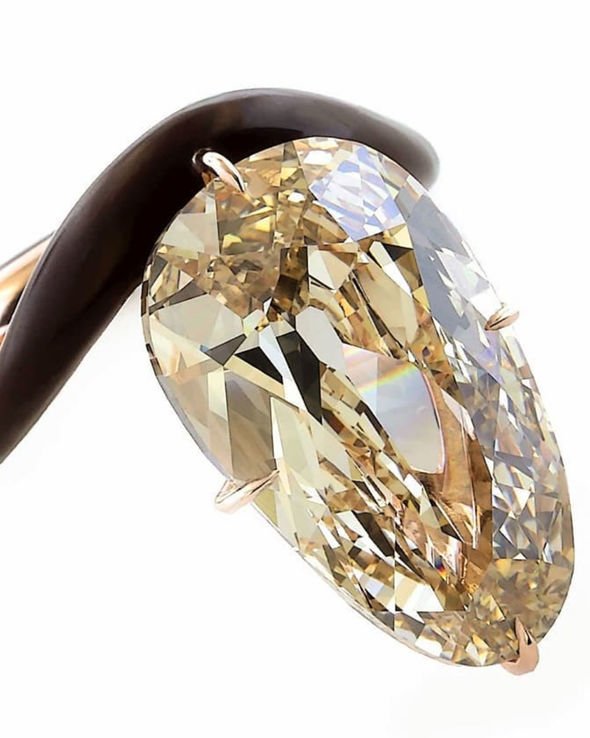 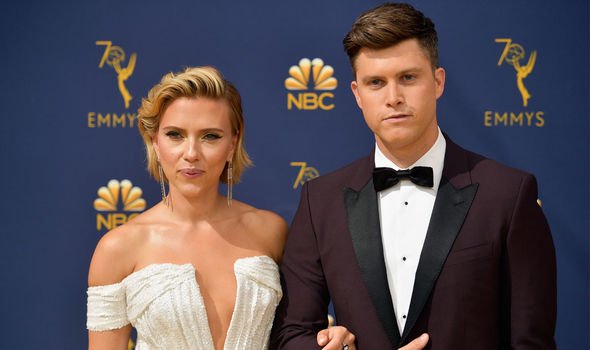 Following her split from Ryan, 42, Scarlett moved onto journalist Romain Duriac – who is the father to her daughter Rose Dorothy, five. However, the couple divorced in 2017.

This will be Colin’s first marriage. The couple made their first public appearance in November 2017, shortly after Scarlett’s split from Romain, 37.

Express.co.uk recently revealed how Meghan Markle’s engagement ring shared a key detail about her role in the Royal Family.

Meghan’s engagement ring was very unique as it was a custom design by Prince Harry, compared to more tradition pieces worn by other members of the Royal Family, Eddie LeVian, CEO of jeweller Le Vian, explained.