THERE'S nothing better than snapping yourself up a bargain and one savvy shopper was thrilled to get their hands on a £100 make-up bundle for a fraction of the price.

Scouting around for a stellar saving in the Boots £10 Tuesday sale, they revealed they managed to scoop a 16-piece make-up set for 90 per cent off. 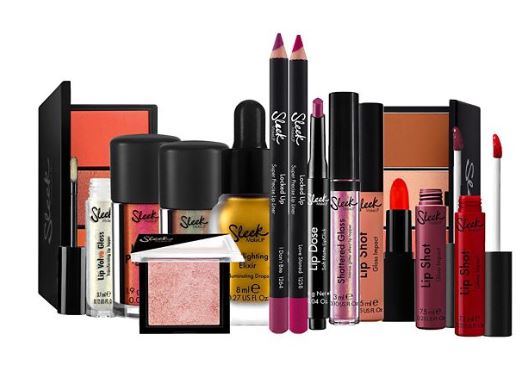 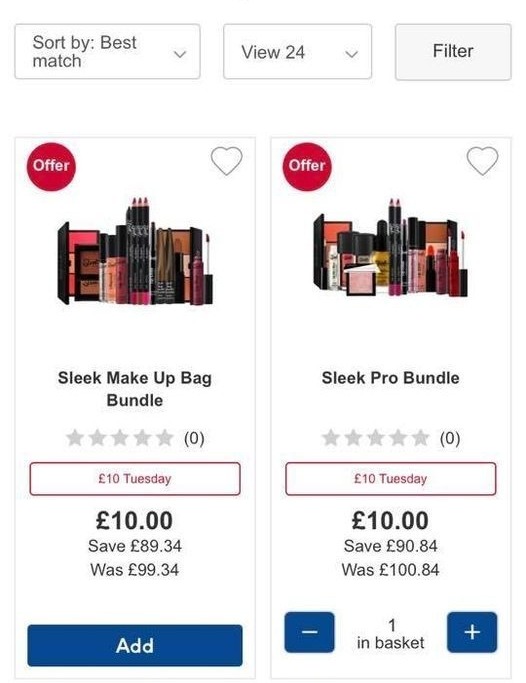 Posting to Facebook to share their thrifty find, the shopper urged others to check out the sale after saving themselves a fortune.

The shopper shared a screengrab of their new purchase, the Sleek Pro Bundle, sitting pretty in their basket for the bargain price of £10.

It was reduced down from its original price of £100.84 – meaning that each item included in the bundle ended up costing the shopper as little as 60p each.

It's no surprise they were thrilled with their bargain buy, with the set including everything from a contour kit, four different lipglosses, two highlighters and a lip liner.

Hundreds were shocked at the price of the set, which now appears to be sold out online, with many fellow shoppers revealing they didn't want to miss out on the deal.

Some were seen stocking up on £10 goodies for Christmas, with one person bagging the make-up bundle for themselves and commenting: "Thank you just ordered perfect for our local toy drive for young teens who won’t get a present."

"How good is this," shared another, while a third posted: "Just bought mine."

One more added: "Bloody hell that is such a bargain," as they responded to a friend who was disappointed to have narrowly missed out on the deal.

They weren't the only ones, as another shopper revealed they were "gutted" to find out the sets were flying off the shelves and were already "out of stock".

Every Tuesday Boots hosts a £10 sale online and in store which sees most of its favourite items reduced to just a tenner, including everything from beauty products to skincare must-haves and make-up essentials.

Fancy saving yourself some cash too? Put it in your diaries and we'll race you to the checkouts…

Meanwhile, one savvy shopper snaps up £800 worth of gift sets for £15 in Superdrug’s whopping £1 sale.

Plus, shoppers have been sharing their epic hauls from Boots as it launched 90 per cent off sale on gift sets, with mums stocking up for Christmas.

And one woman reveals how she gets hundreds of pounds worth of cosmetics for FREE every year – and you can do the same.