The teacher shared screengrabs of the shocking messages on Reddit earlier this week – and they've now racked up over 7k comments. 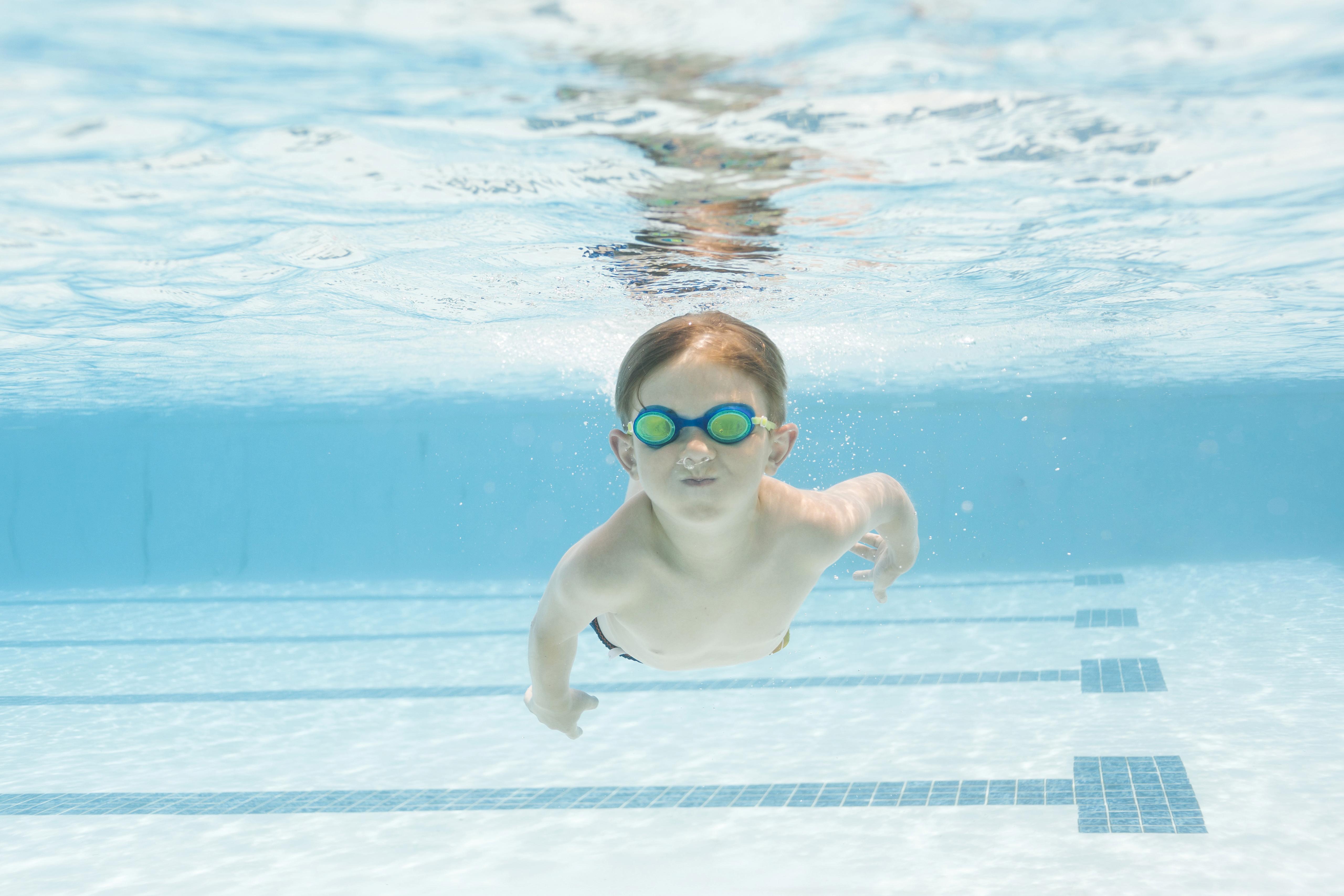 In her Reddit post, the coach writes: "I teach swimming to kids for free even though I was offered money.

"[The mum] demands that I have to teach her son exclusively. And to give her the money offered as I don't need it."

The messages start off fairly innocently, until the teacher tells the woman – saved in her phone as Aunty – that she can't respond straight away as she's at work. 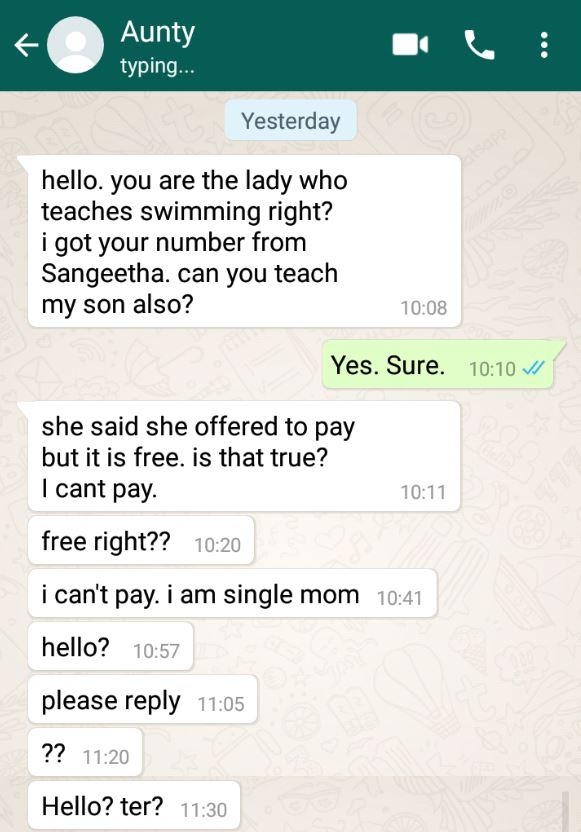 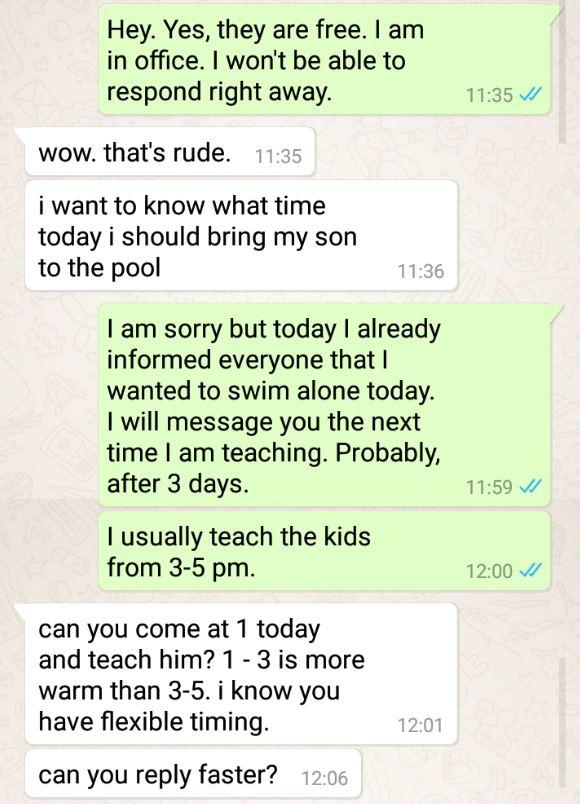 The teacher then tells Aunty that she wants to swim alone that day, and that she'll be offering coaching later in the week.

However, the woman isn't prepared to wait – saying she "knows she has flexible timing" and insisting that she teaches her son at 1pm.

The teacher explains that she'll still be at work at 1pm, and that she won't be coaching that evening because she's "really stressed" and "needs to blow off some steam". 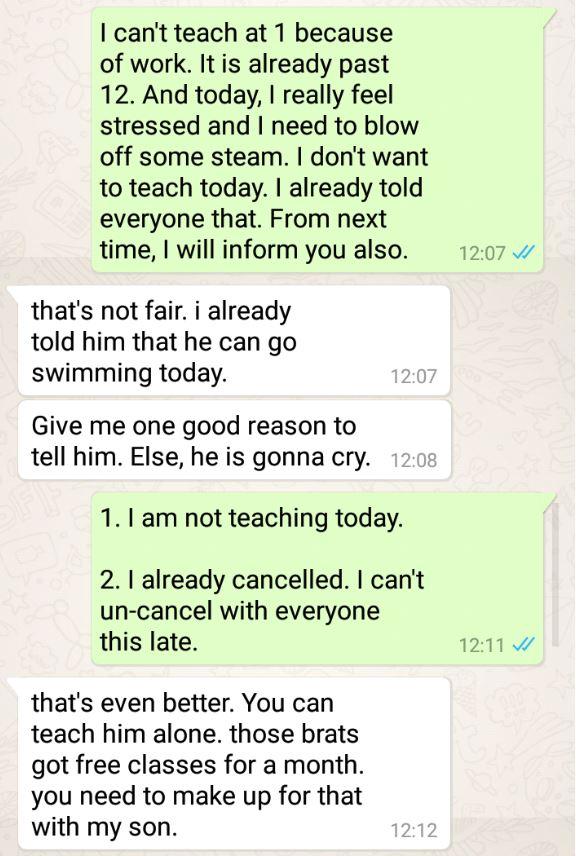 But Aunty doesn't care about that.

She says she's already promised her son that he can go swimming, saying he's "going to cry" if he can't.

She then mentions that her child has "anxiety issues", which means he needs to be taught alone.

When the teacher explains that she isn't a certified trainer and doesn't want to be responsible for a child with anxiety, Aunty calls her a "selfish b****".

She rages: "I will throw him in the pool tomorrow at 1pm. If something happens to him you are responsible."

Not getting a response, she adds: "Whatever. You are probably a lousy teacher. You are such a nasty, horrible person." 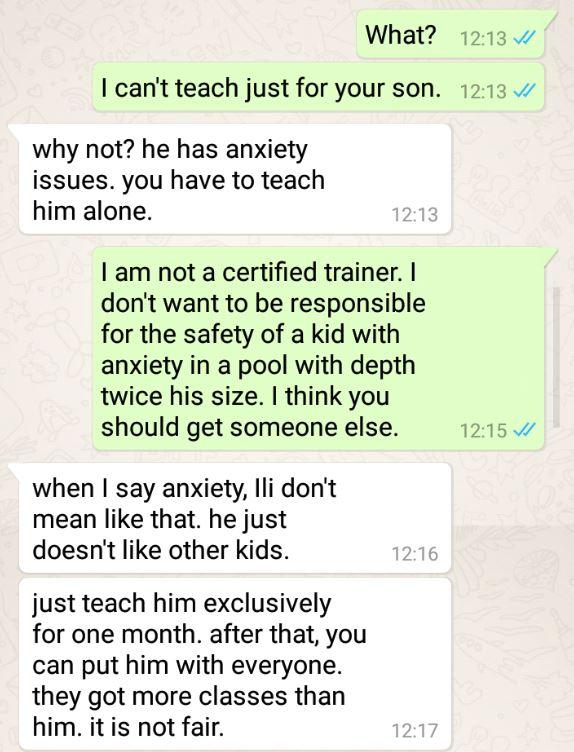 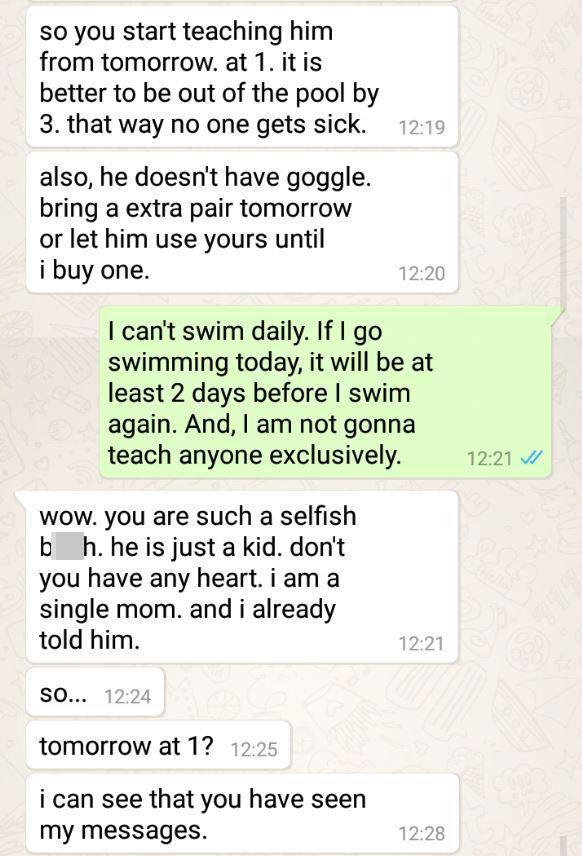 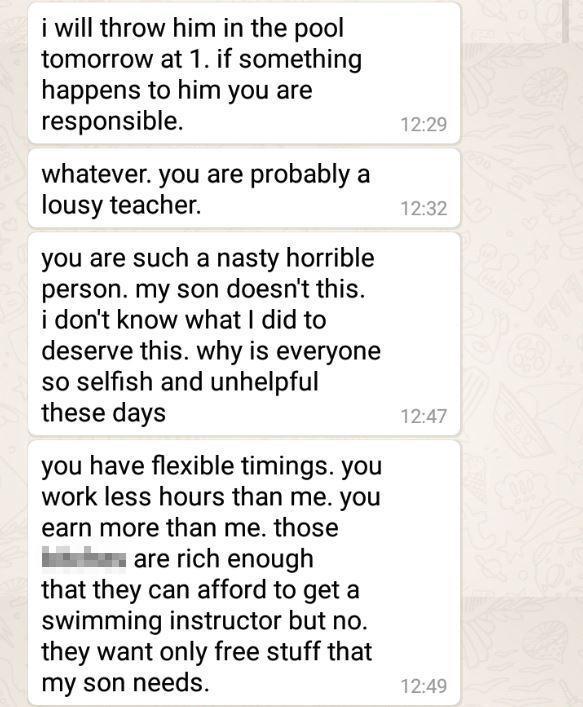 And that's not the end of it.

She finishes her rant by telling the "privileged" teacher that she should give her the money other mums had offered to her.

She writes: "Do you know how much I need money? I am a single mum. You should get the money from them and give it to me." 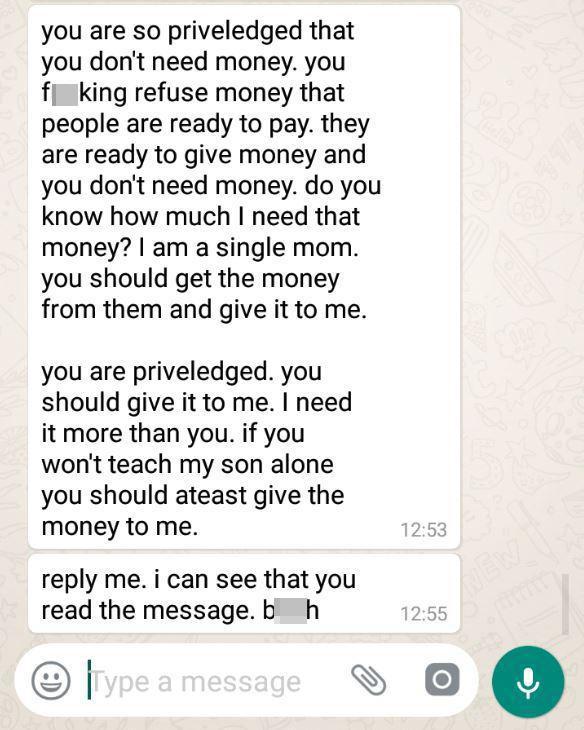 Unsurprisingly, other Redditors were horrified by the exchange.

One person wrote: "From which corner in the depths of hell did this come from? I'm sorry you had to experience that."

Another commented: "Please don't take on this client. If she is willing to be this rude trying to get her son into class, imagine how it will be with him in it. She will be water-side looking over your shoulder every second."

Meanwhile, a mum has asked if she should wax her seven-year-old daughter's 'bushy' eyebrows after school pals commented on them.

Another mum wants to call her son Noel – but parents say the 'dated' moniker reminds them of Noel Edmonds.

Gabriel is 'sweet but dull' and Mary is 'lazy… teacher reveals what your kid's nativity role says about them.