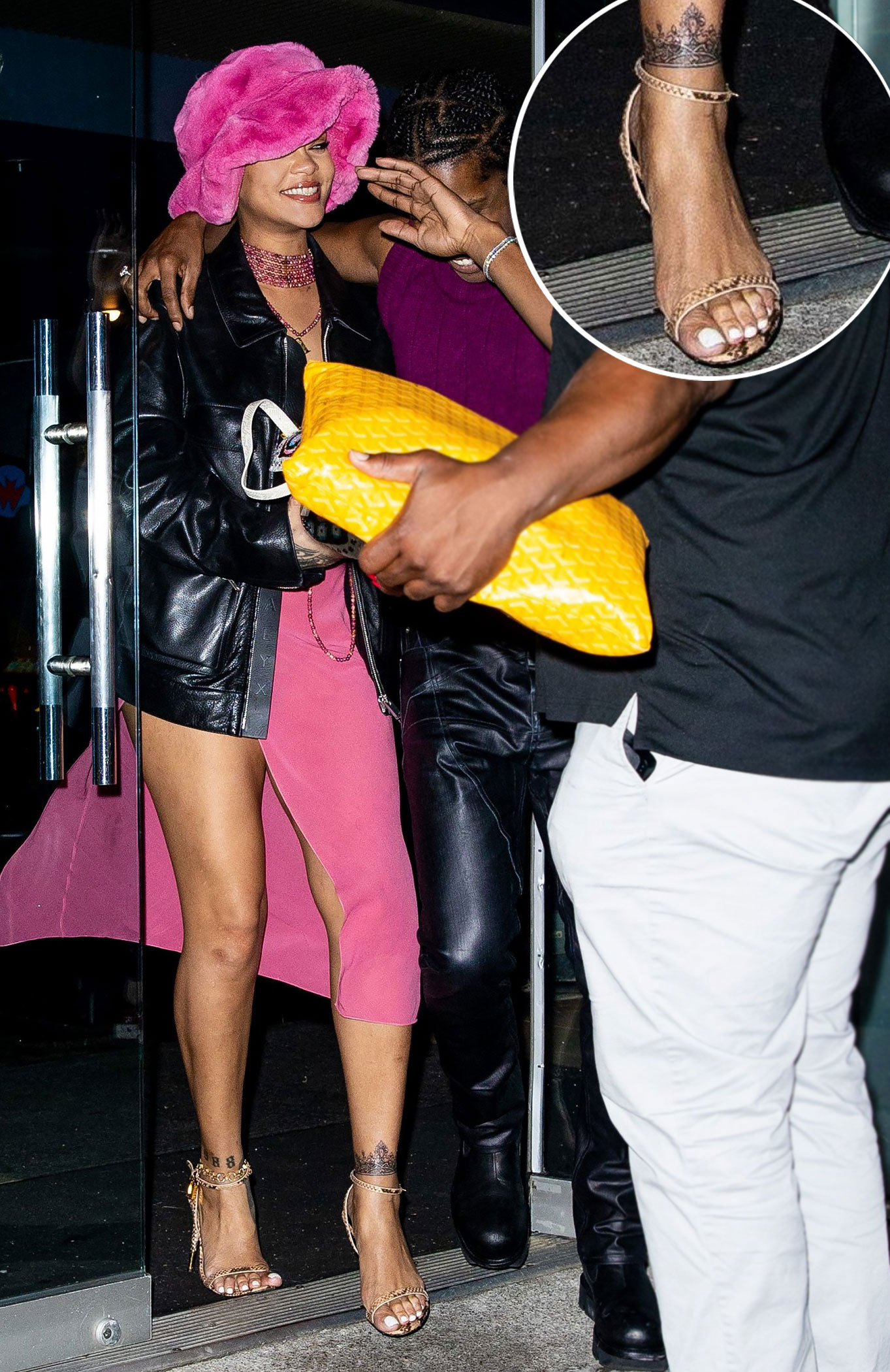 Erasing her ink! Rihanna stepped out for date night with boyfriend A$AP Rocky on Wednesday, June 23, and some eagle eyed fans noticed that a once meaningful tattoo was suddenly MIA.

Flashback to 2016, and the 33-year-old singer had a camouflage shark inked on her ankle to match one that then-boyfriend Drake had done on his inner arm.

The ink, which was designed by tattoo artist Bang Bang, was reportedly inspired by a stuffed animal shark the “God’s Plan” singer got her during an aquarium date in August of that year. 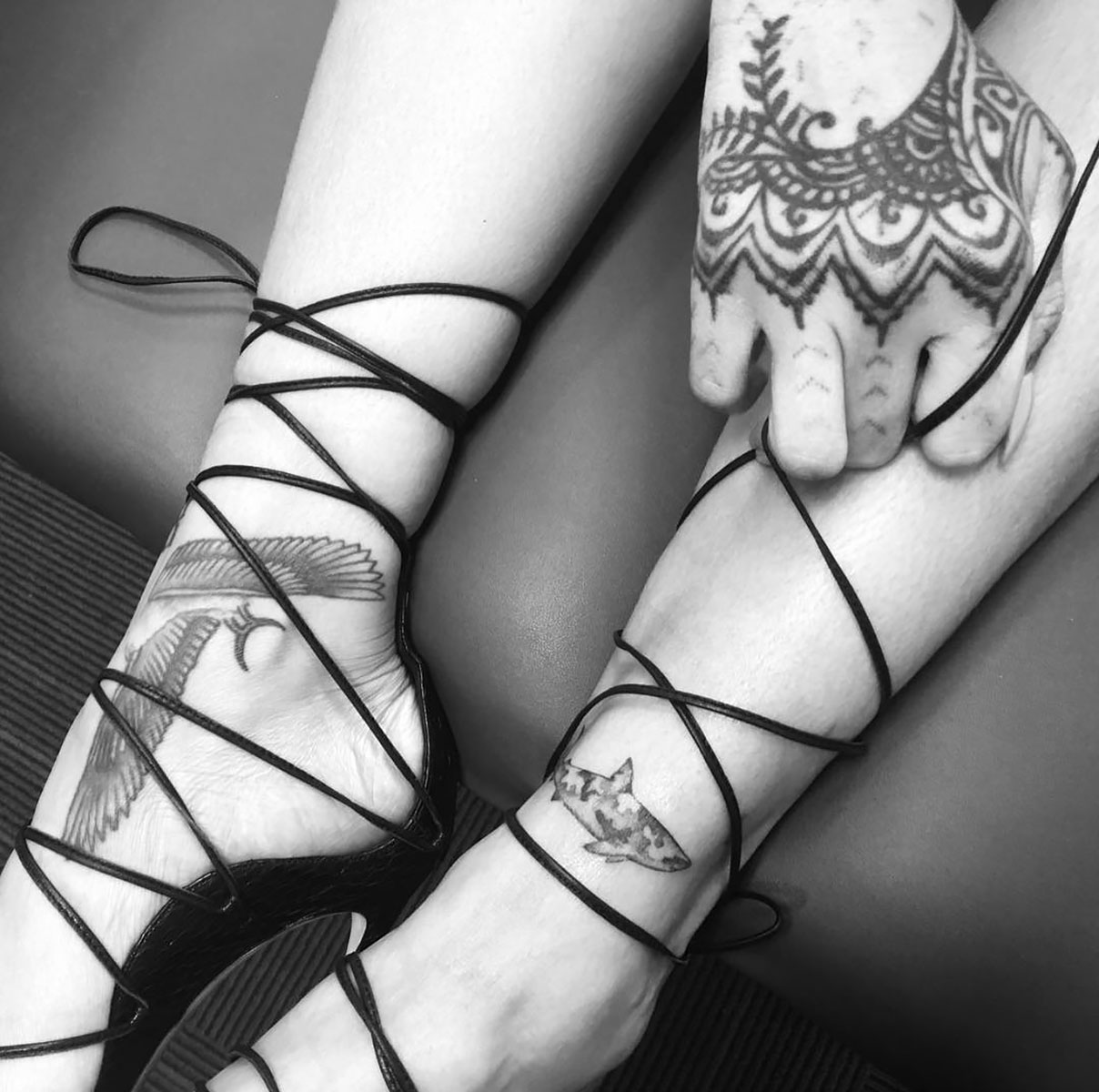 Shortly after getting tattoos in the name of love, Drake and Rihanna called it quits, splitting up in October. Alas, the ink remained … until now!

When fans started to dissect images of the Fenty Beauty founder from earlier in the week, they noticed that the design appeared to have been covered up by a different tattoo. Her new ink resembles a crown.

Rihanna’s Dating History: A Timeline of Her Romances and Flings

It’s no surprise that fans had some thoughts about the switch up, many taking to Twitter to share their thoughts. The general consensus? The revamped design has a little something to do with her new beau.

A$AP, 32, and Rihanna have been linked for years, but they officially made their red carpet debut in December 2019. The rapper later called her “the love of my life” in 2021.

Others are already anticipating the tattoo saga will find a place in Drake’s next album. 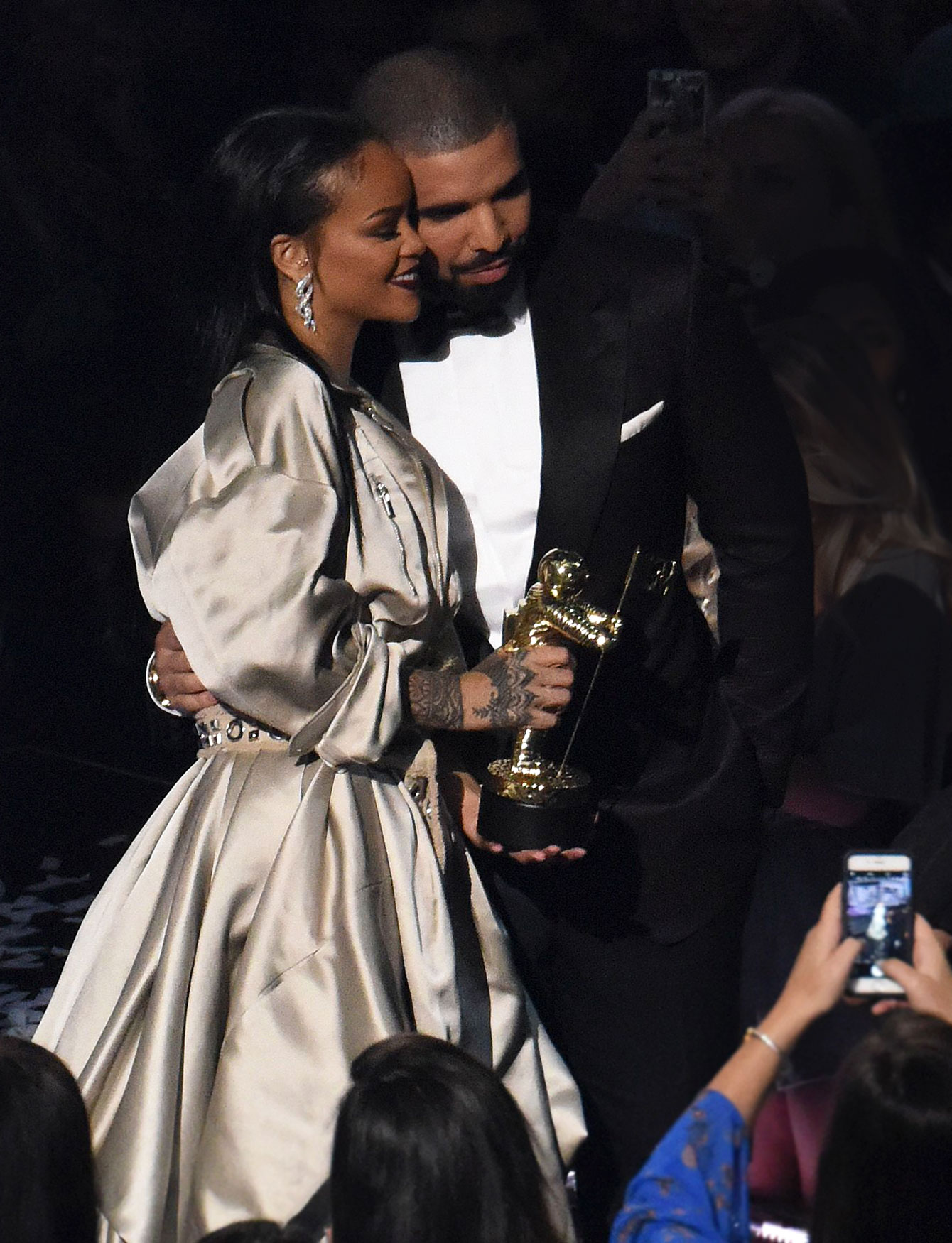 While people that once shipped Drake and Rihanna are a bit distraught over the disappearing ink, others simply couldn’t stop obsessing over the Barbadian beauty’s adorable date night pictures with A$AP.

There was plenty of PDA-packed snaps from their outing at Barcade in New York City, but fashion-loving fans were obviously fawning over their unbelievable couple style.

RiRi looked like an IRL Barbie, rocking a pink slip dress from Christian Dior. The showstopper however was hands-down her fuzzy pink bucket hat from Emma Brewin. She accessorized her look with Tom Ford python-print heels and a beaded Fendi bag.

A$AP, for his part, looked equally as stylish. He stepped out in a Raf Simons maroon sweater vest, Rick Owens shiny black pants and a leather bomber jacket from Alyx.