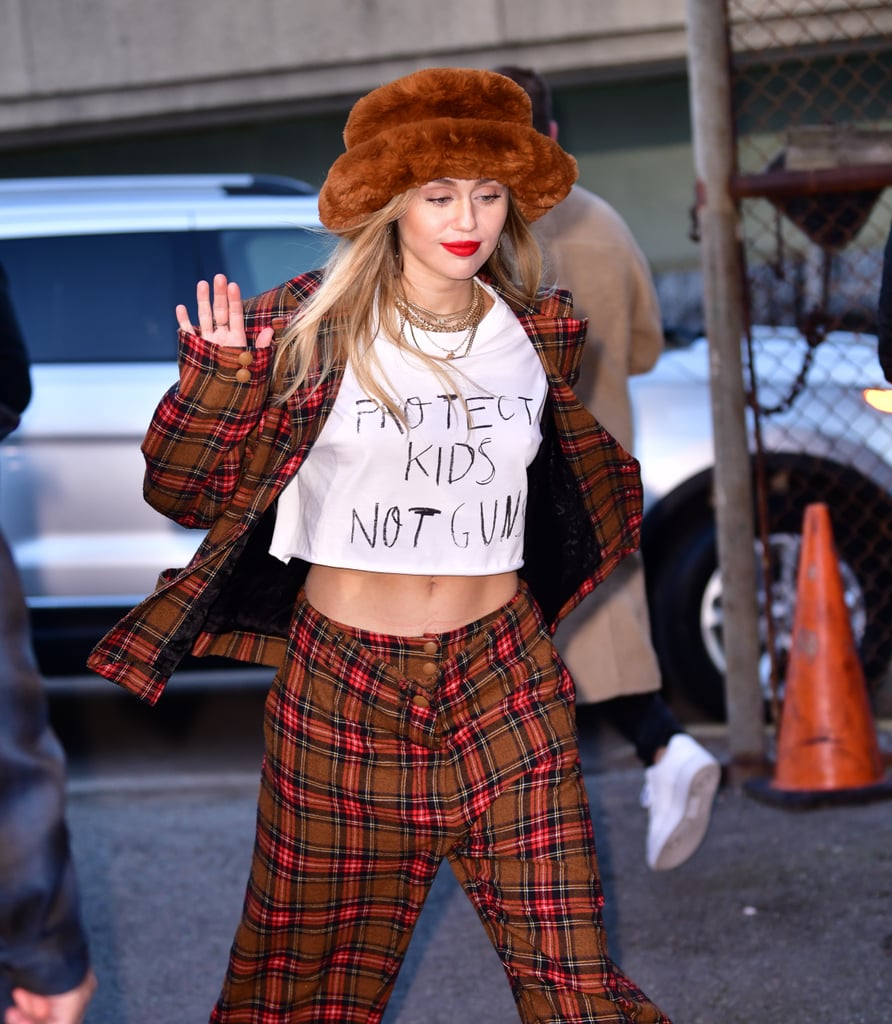 In her continual fight for gun control, Miley Cyrus recently let her t-shirt do the talking. While promoting her new song with Mark Ronson out in New York City, the singer wore a shirt that read, “Protect kids not guns.” Though it might seem like a hand-drawn design, the shirt — which is currently sold out — is actually from the brand Chnge, which donates half of its net profit to various organizations. Miley wore the shirt under a plaid Vivienne Westwood suit, with Dr. Martens boots and a fuzzy hat reminiscent of the ’90s.

Earlier this year, Miley attended the first-ever March For Our Lives rally in Washington DC. Performing her 2009 song “The Climb,” Miley wore a sweatshirt with the hashtag #MSDStrong, in honor of the victims and survivors of the shooting at Marjory Stoneman Douglas High School in Parkland, FL. Ahead, see pictures of her statement-making shirt.