Princess Diana popularised a number of styles over the course of her lifetime. Whatever Diana chose to wear, from the way she styled her hair, royal fans tried to replicate the princess’ look themselves.

Princess Diana also set trends when it came to her handbags.

Diana inspired designer brands, as was the case with fashion house Dior’s iconic Lady Dior bag, which was renamed in her honour.

She also sparked a trend with what Diana deemed the ‘cleavage bag’, which she used to cover her decolletage and protect her modesty when getting in and out of cars.

But eagle-eyed royal fans may also have noticed Diana had a particular habit when it came to holding her handbags. 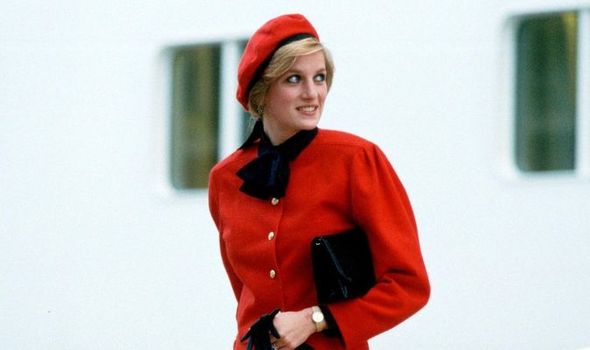 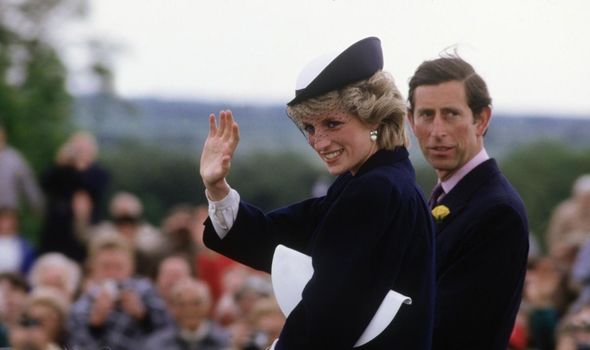 Princess Diana always carried her handbags on her left arm, despite the fact she was actually right-handed.

In recent years other royals, such as Kate, Duchess of Cambridge, are often seen wearing handbags on the left as well.

Myka Meier explained in 2019 the reasons why royals carry handbags on their left-hand sides.

Alongside pictures of Princess Diana carrying handbags, Ms Meier wrote on Instagram: “Royal Etiquette Hack: When entering a room or event, handbags or briefcases are held in the LEFT hand so that your right hand stays open to meet, greet and shake hands! Prince Charles does this too!” 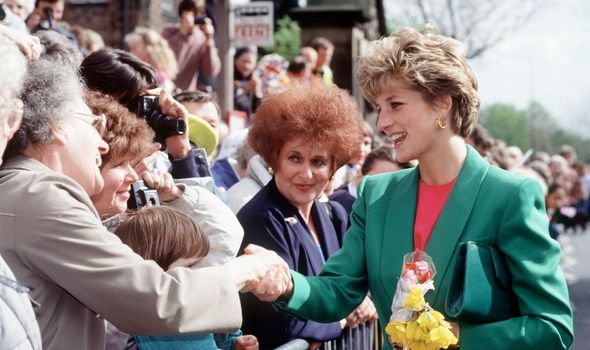 It is well-known Princess Diana found it incredibly important to engage with people while out on visits.

Known for shaking hands and hugging people she met, Diana earned herself a reputation as the ‘People’s Princess’.

So no doubt Diana’s handbag etiquette was deliberate, to allow her to greet people wherever she could.

But Diana was not the only royal to put a lot of thought into her handbag etiquette.

In fact, according to royal experts the Queen has a sort of secret language in place when it comes to her own handbags.

Royal historian Hugo Vickers told PEOPLE a few years ago about the Queen’s very deliberate use of her handbags.

Mr Vickers said: “It would be very worrying if you were talking to the Queen and saw the handbag move from one hand to the other.”

The cue from the Queen would signal to her staff she wants to stop the conversation with whoever she is speaking to, and she would then be moved on accordingly. 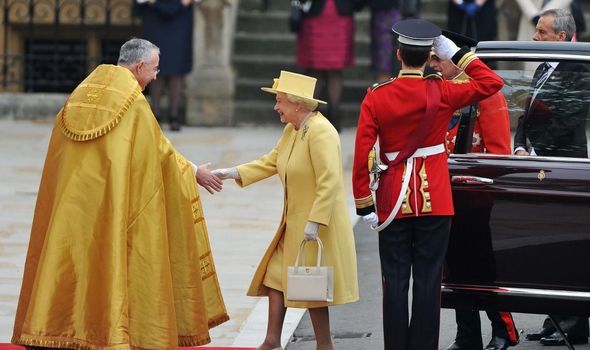 He added: “It would be done very nicely.

“Someone would come along and say, ‘Sir, the Archbishop of Canterbury would very much like to meet you.’”

Over the years the Queen has become synonymous with a certain style of handbag.

The Queen is known to favour Launer, a handbag brand based in the West Midlands.

The Queen has often been pictured with handbags from the brand, and it is believed that the Queen Mother sparked the tradition in the 1950s when she gifted one to her daughter.

According to reports, the Queen owns hundreds of handbags from Launer.