Pharrell and adidas Originals have mastered monochromatic makeups of the NMD Hu in recent months with yellow, black, aqua and pink colorways of the famed collaborative silhouette all coming to market. Now, the two are continuing their powerful partnership — and propensity for potent palettes — with the NMD Hu “Core White.” 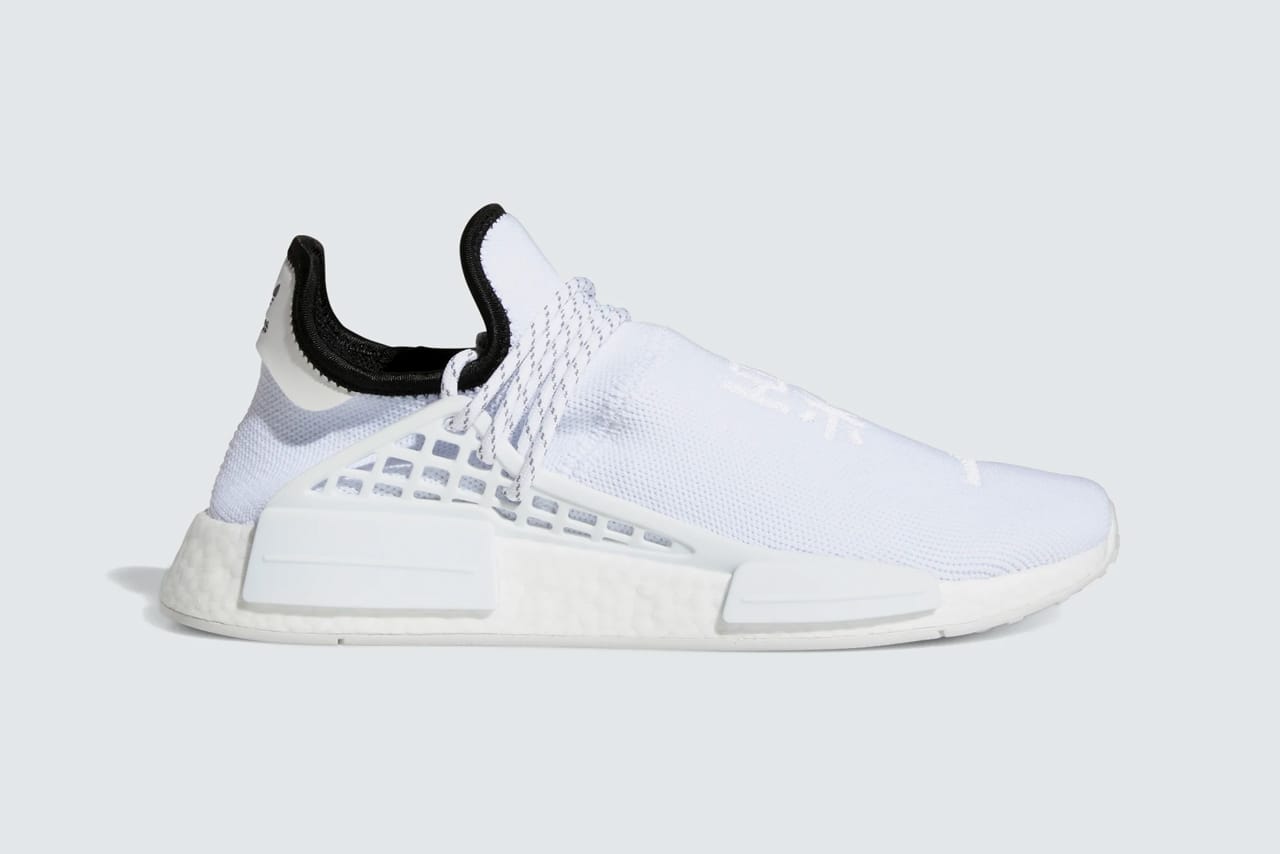 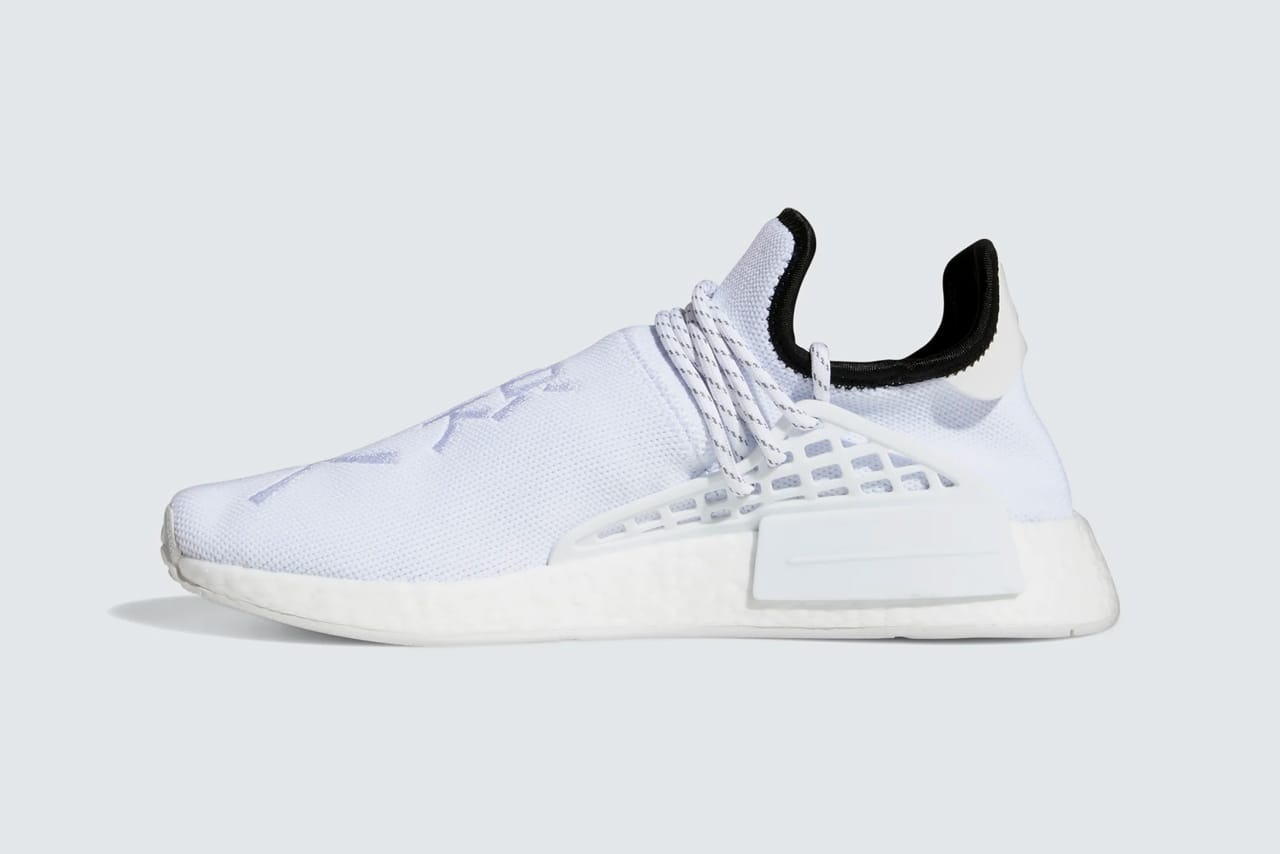 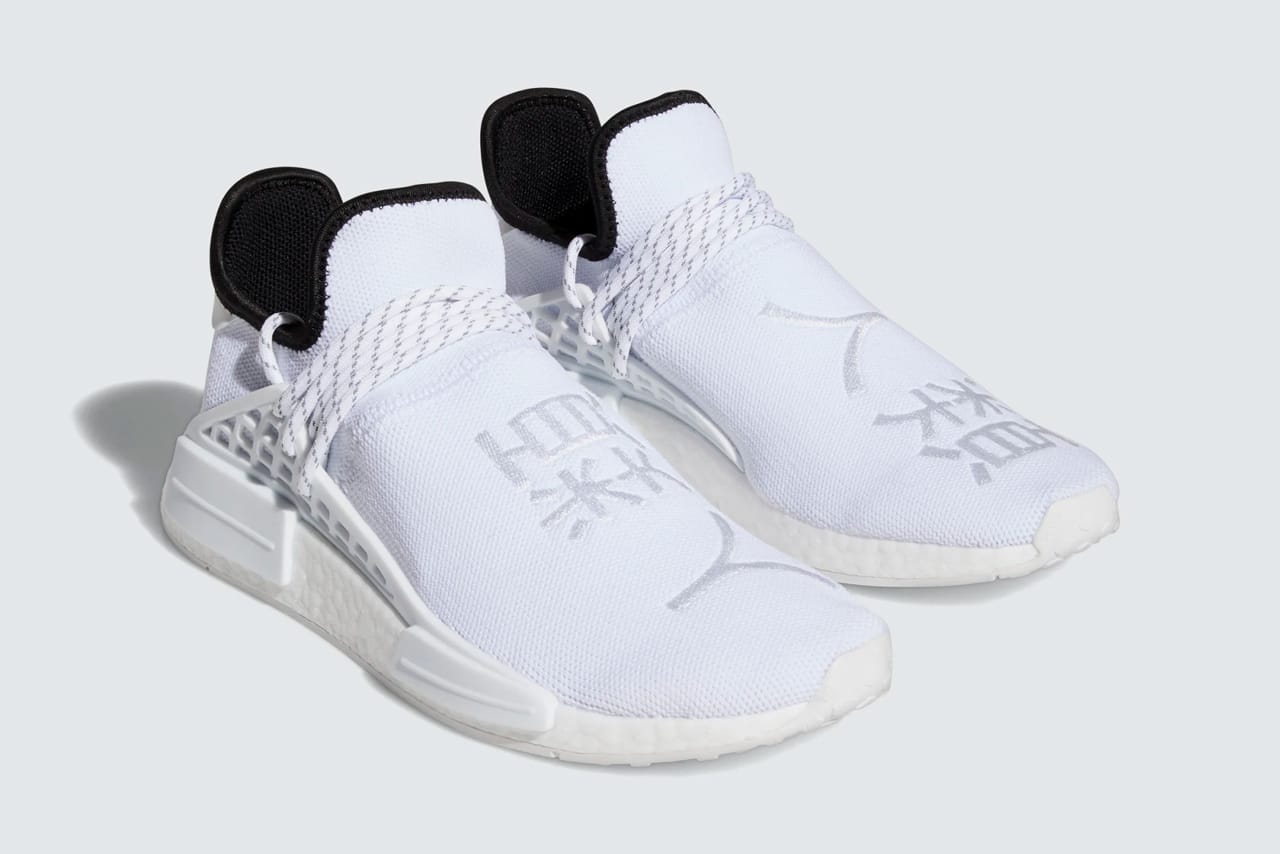 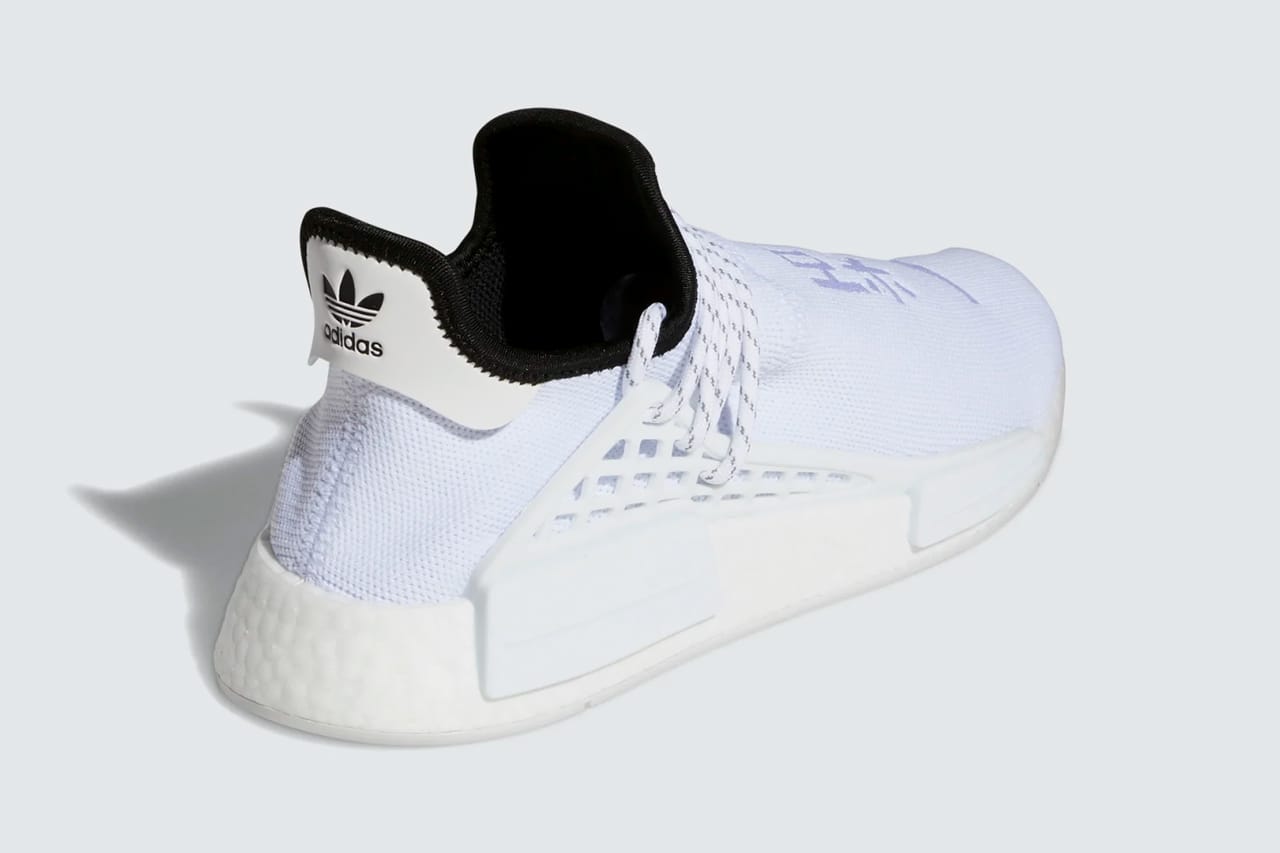 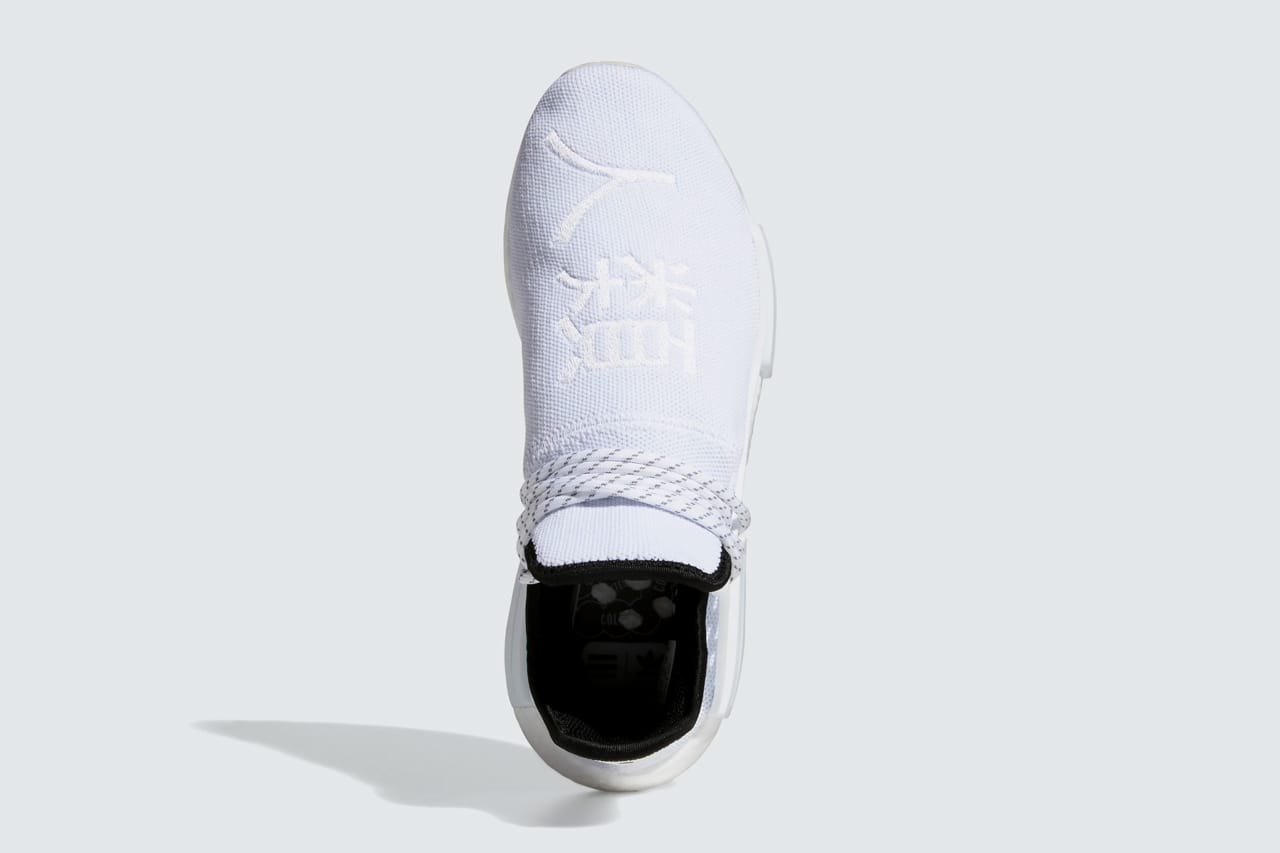 As one can safely glean from the shoe’s moniker, it’s dressed almost entirely in a breezy white hue. Uppers are made of mesh, feature a tonal embroidered hit on the forefoot that reads “Human Race” in Chinese, are secured with a tonal TPU midfoot cage that also serves as eyelets for the flecked white laces and add just a touch of contrast with black collar trim and the heel’s branded hits. Insoles are done up in black as well and feature Pharrell’s signature anatomy graphic — a clever way to show that everyone around the world is the same on the inside — while the look is completed by white BOOST midsoles with white bricks. If the wearer desires a touch more contrast, there’s also a second set of black laces included.

The Pharrell x adidas NMD Hu “Core White” will release via the adidas webstore come November 25, and is priced at $220 USD.

For more footwear news check out the latest installment of Sole Mates, in which Bobby Hundreds discusses his undying love for the Converse Chuck Taylor All Star.
Source: Read Full Article