A MUM-OF-THREE was called “stupid” by a rude Amazon driver after she missed her delivery – but he has now been given the sack.

Kerry Hodge, from Runcorn, Cheshire, was shocked when she saw the insulting message. 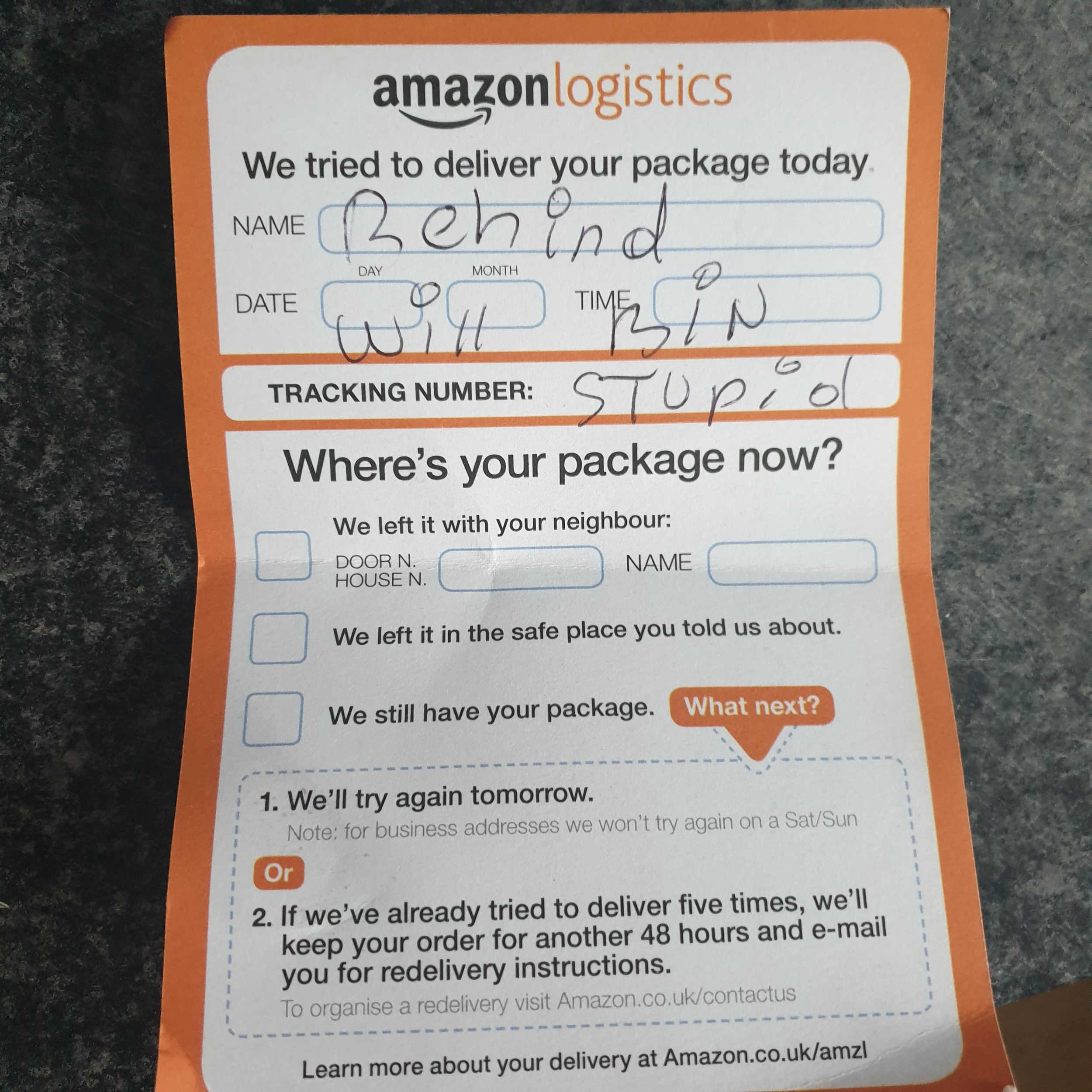 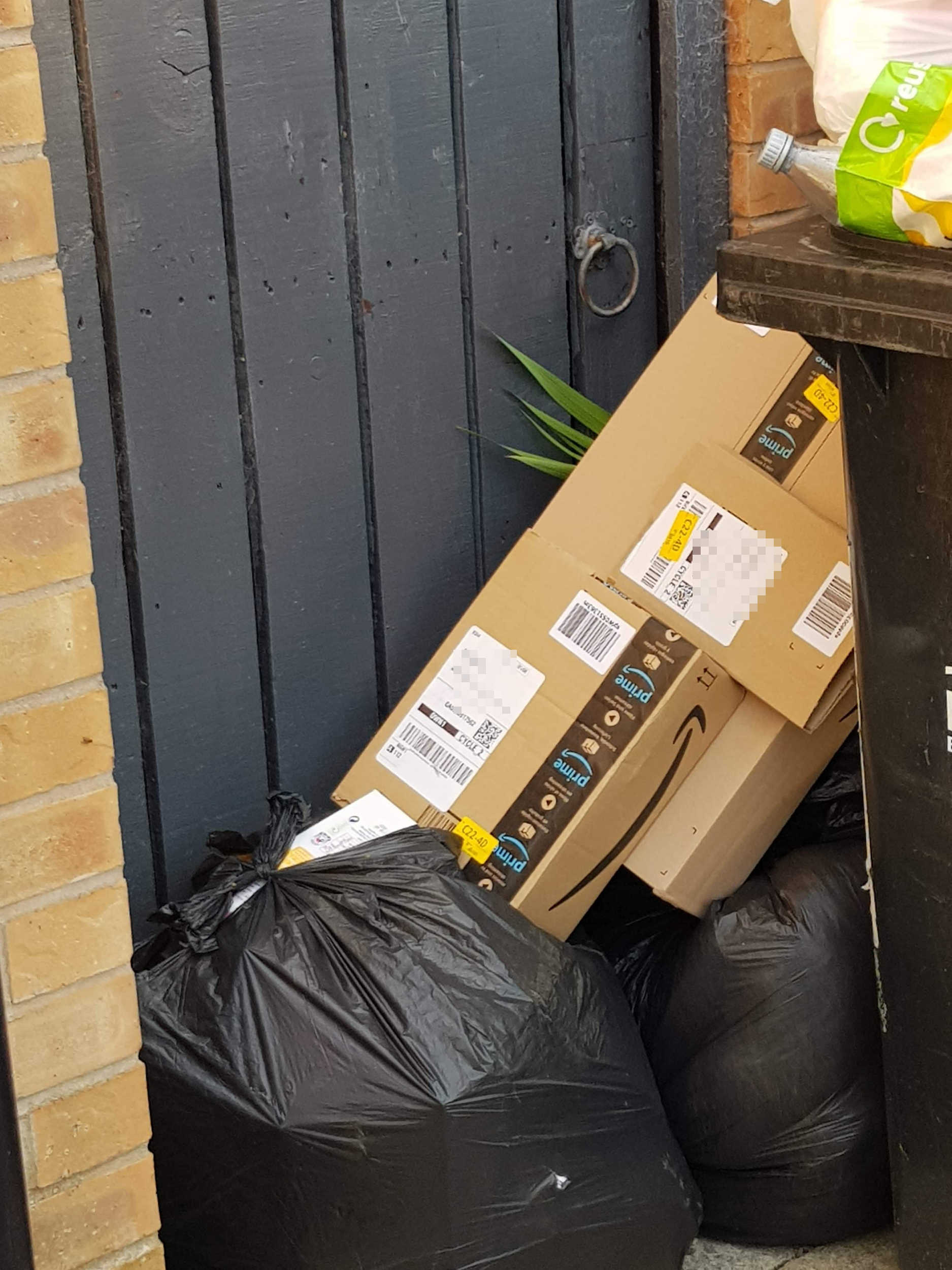 The mum-of-three was out when her parcels arrived, and came home to find the delivery driver had stuffed her packages behind a bin and written the note.

She shared a photo of the insulting message – ironically containing a bad spelling error – that read: “Behind will bin stupid.”

The mum then shared a photo of the Amazon packages put on top of some bin bags.

A furious Kerry took to Amazon's Facebook page to complain to the retailer.

She posted the photos saying: “What a lovely note to come home to and to see my parcels have been dumped.”

One person wrote under the post: “That's disgusting Kerry.”

Another added: “This is disgusting. I would complain." 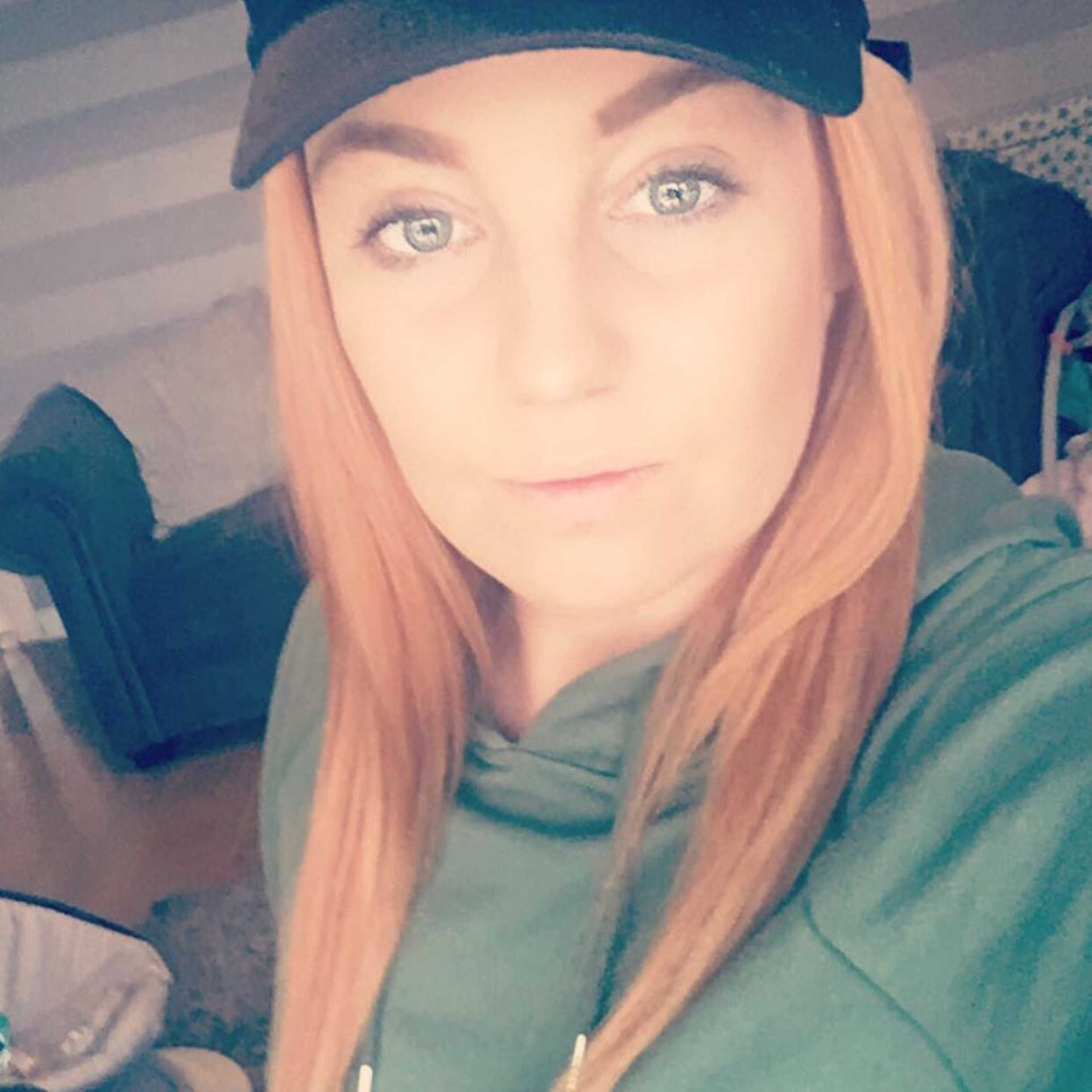 Kerry said: “I was very shocked at first then I was angry as I'm presuming he was calling me stupid.

“I'm not fully sure why the note was left like this.

"It happened outside my house when the card had been posted as I wasn't in my property at the time of delivery. These items were gifts from a group I'm in on Facebook.

"It is a group I joined where we play games and get people items in their item list for under £20.

"It's for people who live in different parts of the country. We are like our own little community.

“I ordered some artificial flowers. And I was gifted items as well from friends in a group."

Amazon confirmed it had sacked the delivery person involved.

A spokeswoman for Amazon said: "The delivery associate will no longer be delivering on behalf of Amazon.

"We have very high standards for our delivery service providers and how they serve customers." 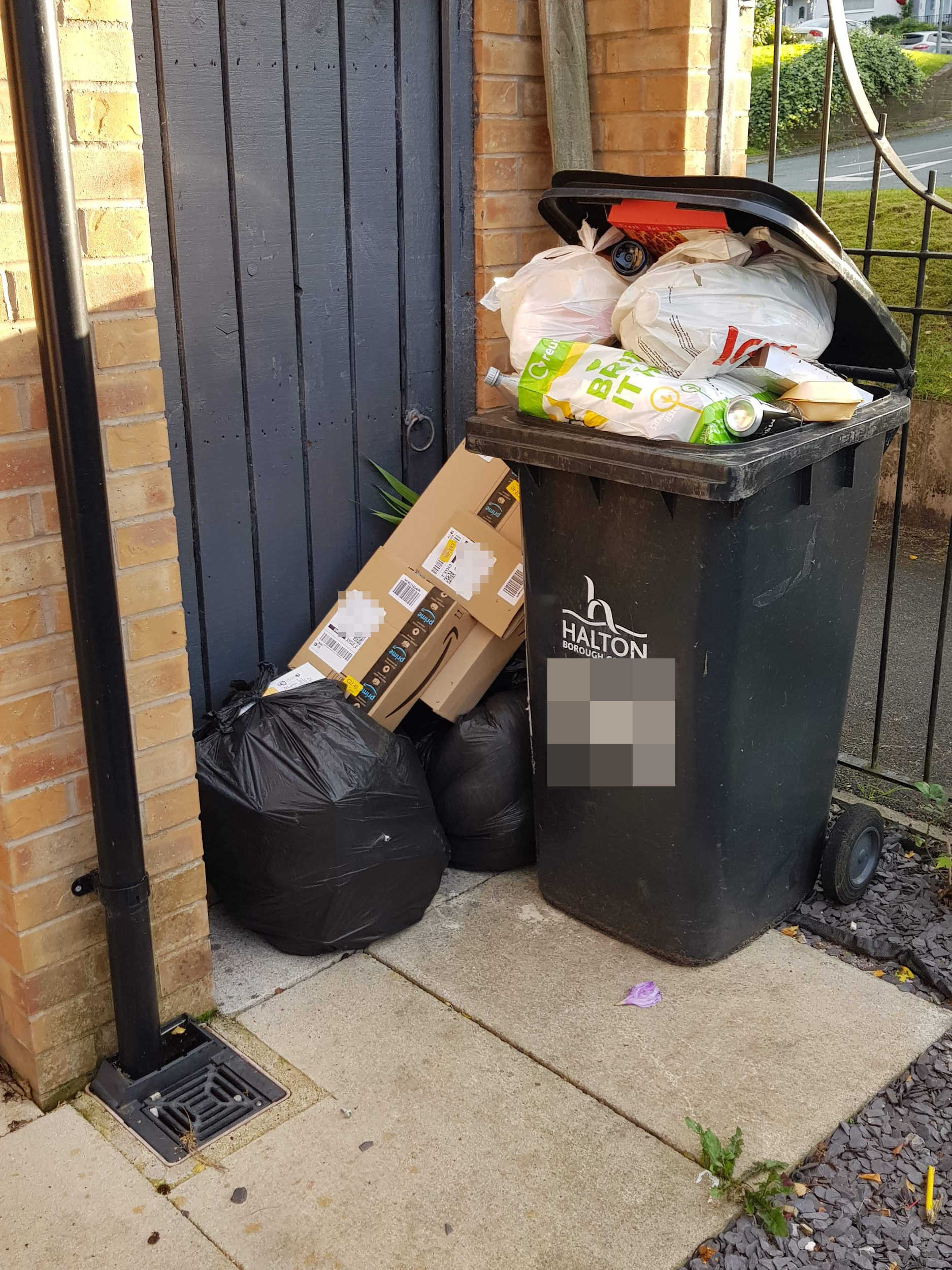 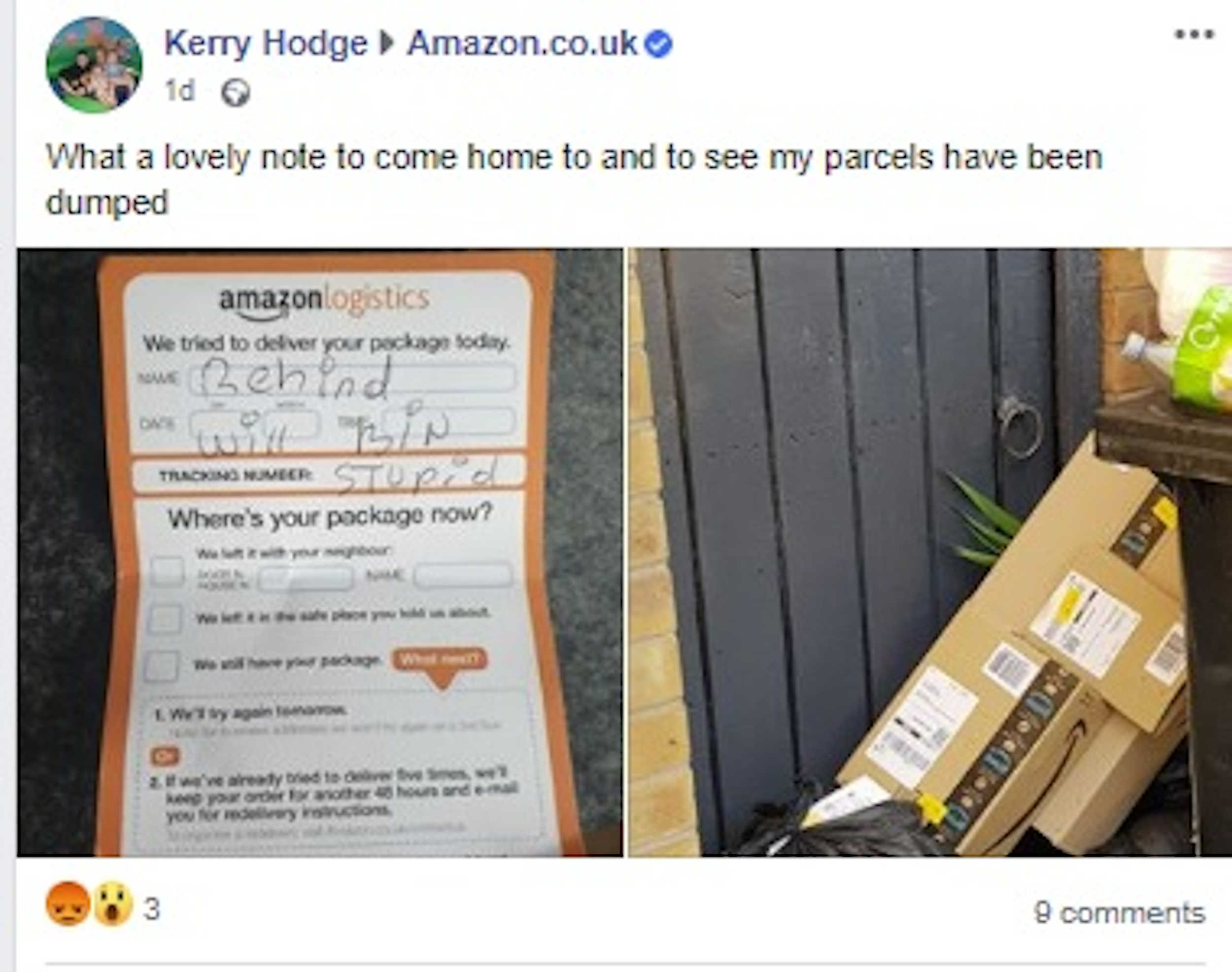 We shared how a woman ordered pretty marble chopping boards on Amazon – but doesn’t notice the embarrassing blunder on it.

And Amazon are ‘set to open up to 30 physical shops in the UK’ and they won’t have checkouts.

Meanwhile, this woman was left horrified to find an Amazon delivery driver taking a poo in her garden.