LAST month a romantic wedding proposal went dramatically wrong when a man lit over 100 tea light candles and set his house on fire.

Albert Ndreu, 26, from Sheffield, lit the candles before driving to pick up girlfriend Valeria Madevic and bring her to his flat where he planned to pop the question – but when they arrived the apartment was up in flames. 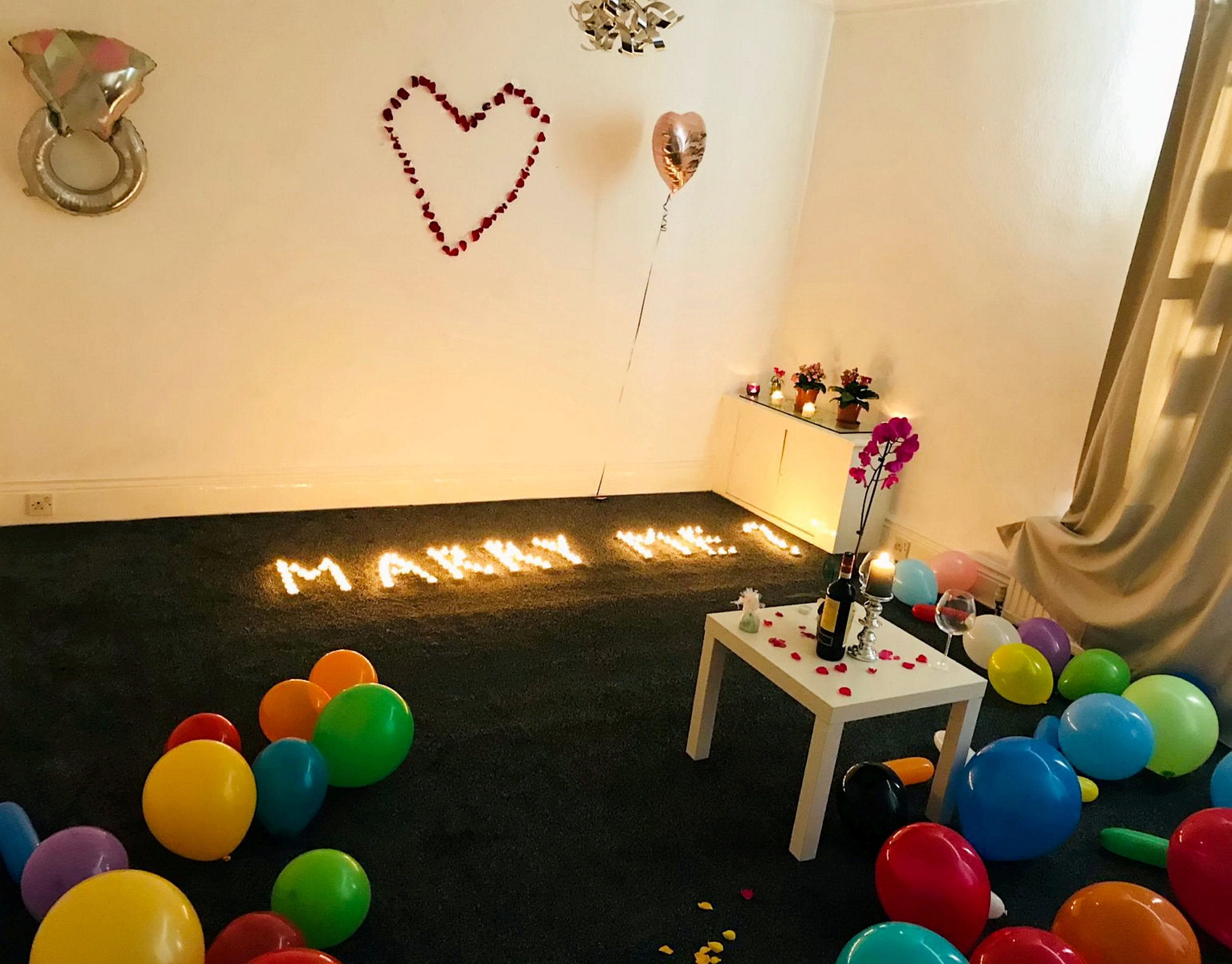 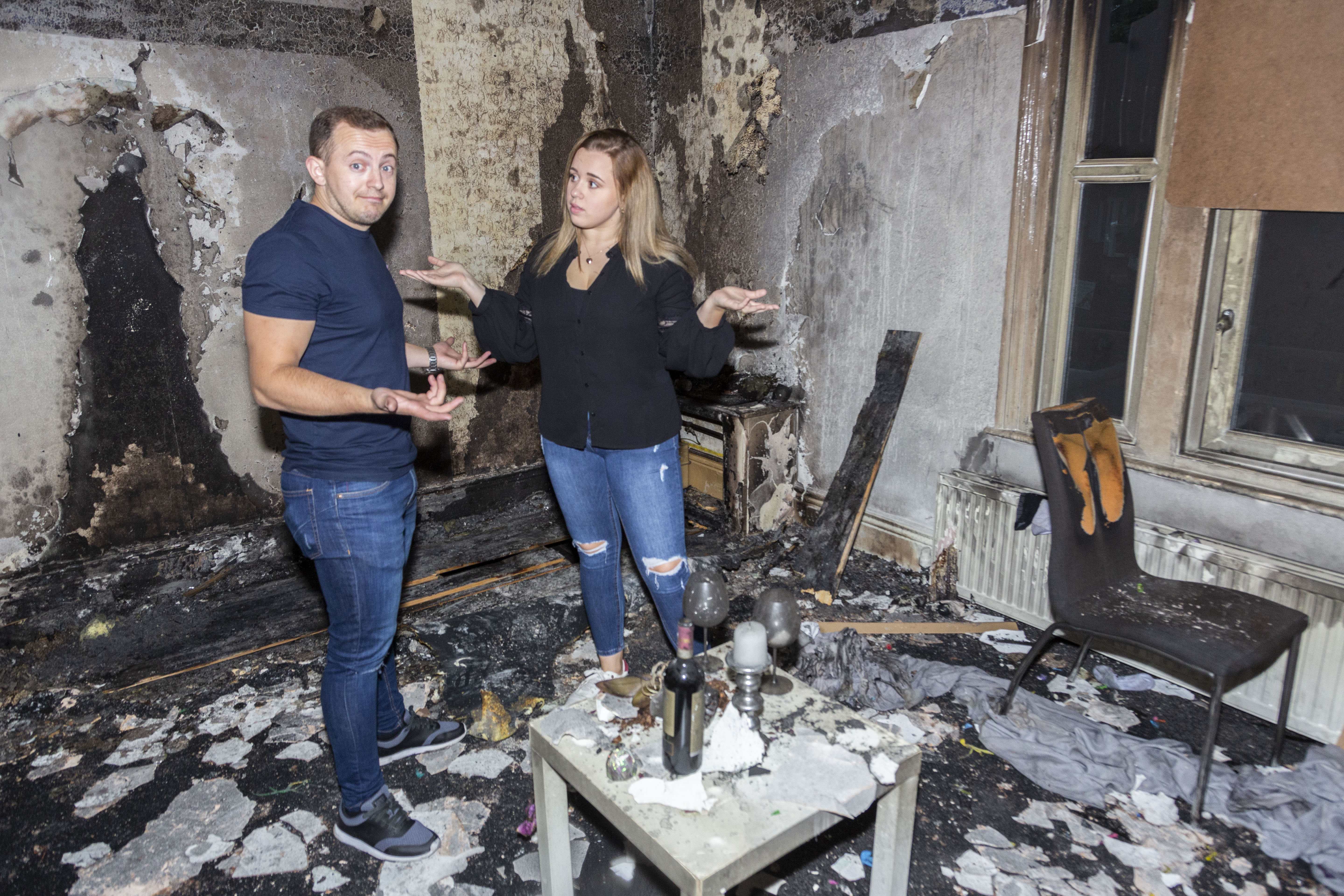 Luckily no one was hurt – but it's not the first time something catastrophic has happened during a proposal.

She says: "We’ve been together for nine years and it was only four years ago that Cameron decided to pop the question. Yes he took his time!

My wedding proposal went so badly wrong it made the local news in Mexico.

We’d pushed the boat out and booked a once-in-a-lifetime holiday to a five-star hotel in Cancun. We travelled out business class and I’d splashed the cash on some gorgeous designer clothes.

We had just arrived in Mexico and after we had unpacked our cases we decided to have a drink on our private balcony. 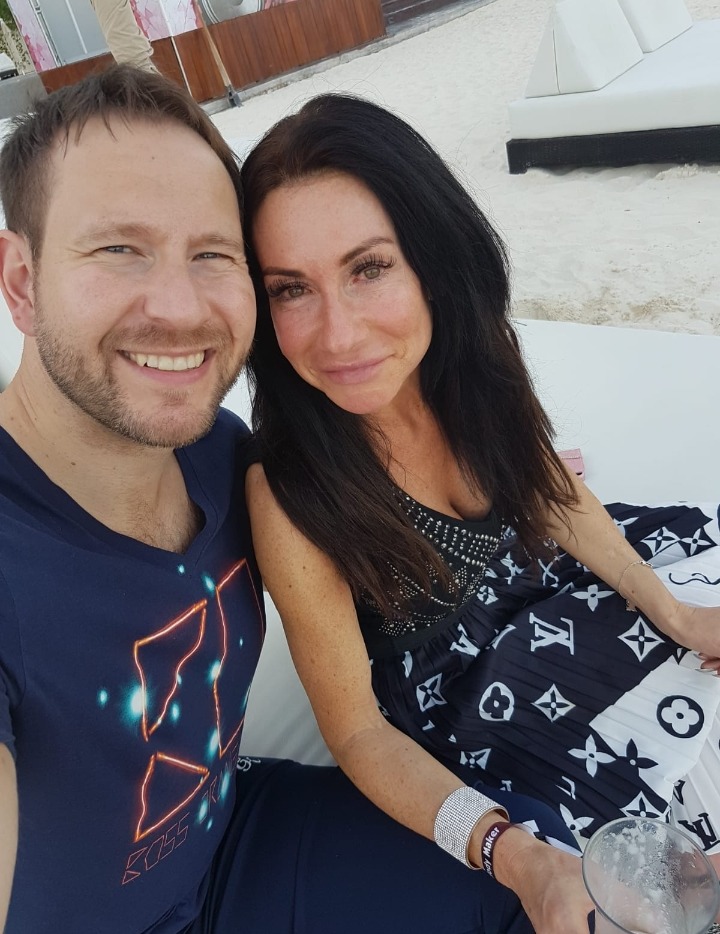 The sea view was gorgeous – it was dead romantic and Cameron kept calling me to come out and join him for a drink.

As I walked outside I saw him down on one knee holding a lovely bouquet of flowers.

In the middle of popping the question an enormous dragonfly started buzzing about me.

I screamed and screamed and tried to shoo it away with a menu that was on the table. I flapped around with it so much that in trying to swat the fly I ended up sending a bouquet of flowers over the balcony.

Unbeknownst to me, that's where the ring was hidden. 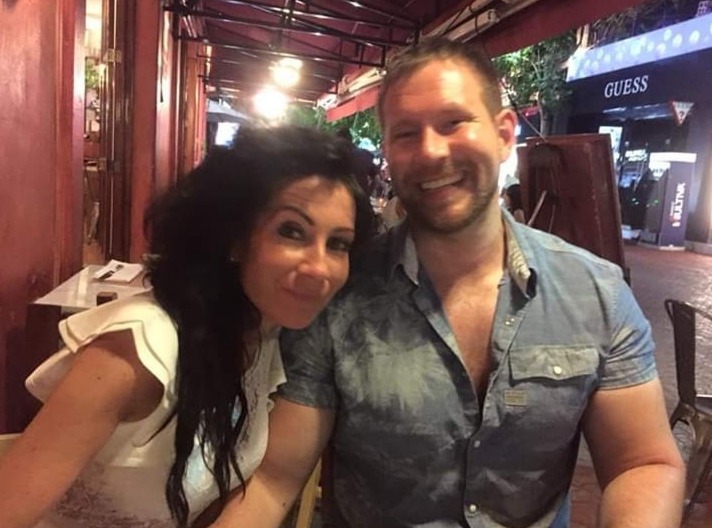 Cameron was gobsmacked and started to panic.

He didn’t bother waiting for the lift. Instead he ran down the eight flights of stairs to try and find the bouquet and the ring in it.

The bouquet had landed in some trees where some wild monkeys lived.

Cameron looked everywhere while trying to avoid where the monkeys were swinging in the trees.

Cameron stupidly followed it and he ended up falling out of the tree into some rocks and passed out. 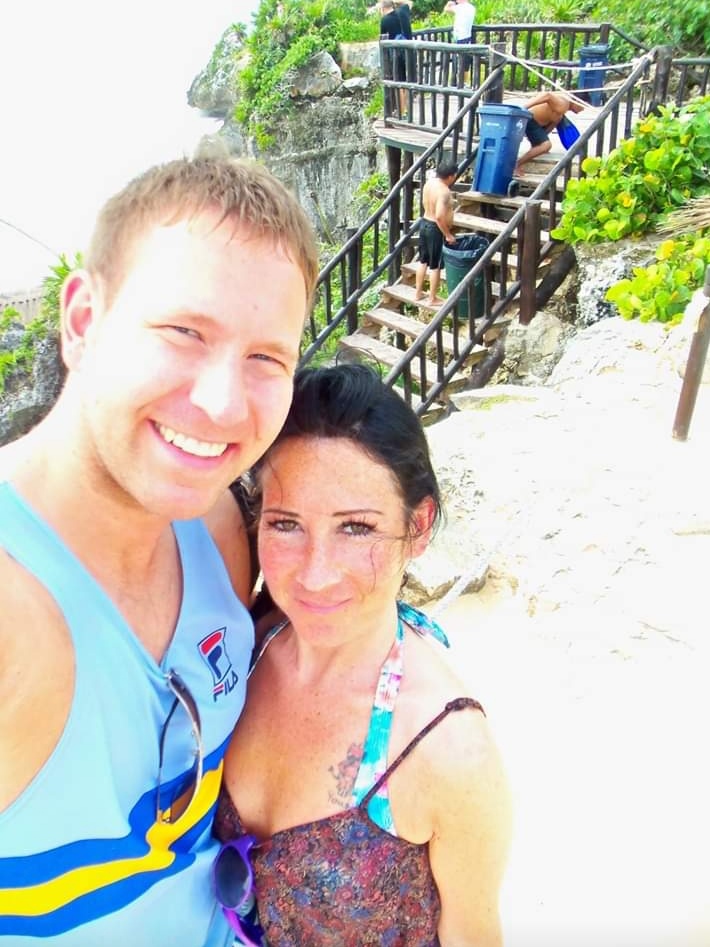 Fast forward a few hours later and Cameron had to be admitted to hospital with concussion, numerous cuts and multiple bruises.

He spent three nights in the hospital and still hadn't proposed.

He didn’t get the ring back and didn’t propose until we got back home.

We laugh about it now but when he fell unconscious I didn't know if he was dead or alive." 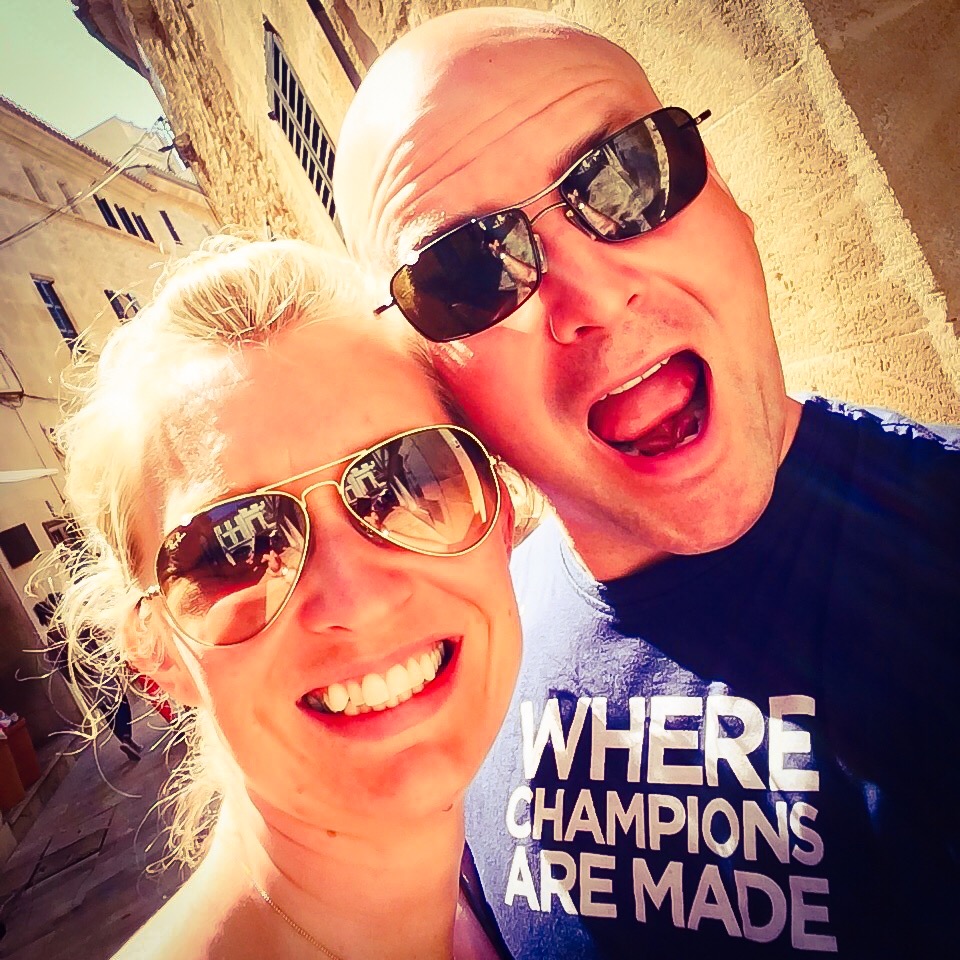 She says: "My husband and I met eight years ago and I didn’t know it but he’d planned to propose to me a year after we’d met – which happened to be Friday 13th!

We knew quite quickly we’d found the one as it was second time around for both of us. He moved in after a couple of months.

Fast forward 10 months and it was our one-year anniversary of meeting each other.

James booked us into one of Belfast’s most luxurious hotels, The Merchant, where he had planned to propose to me in the hot tub.

The hotel was gorgeous with brocade curtains and plush thick carpet, the last word in luxury! 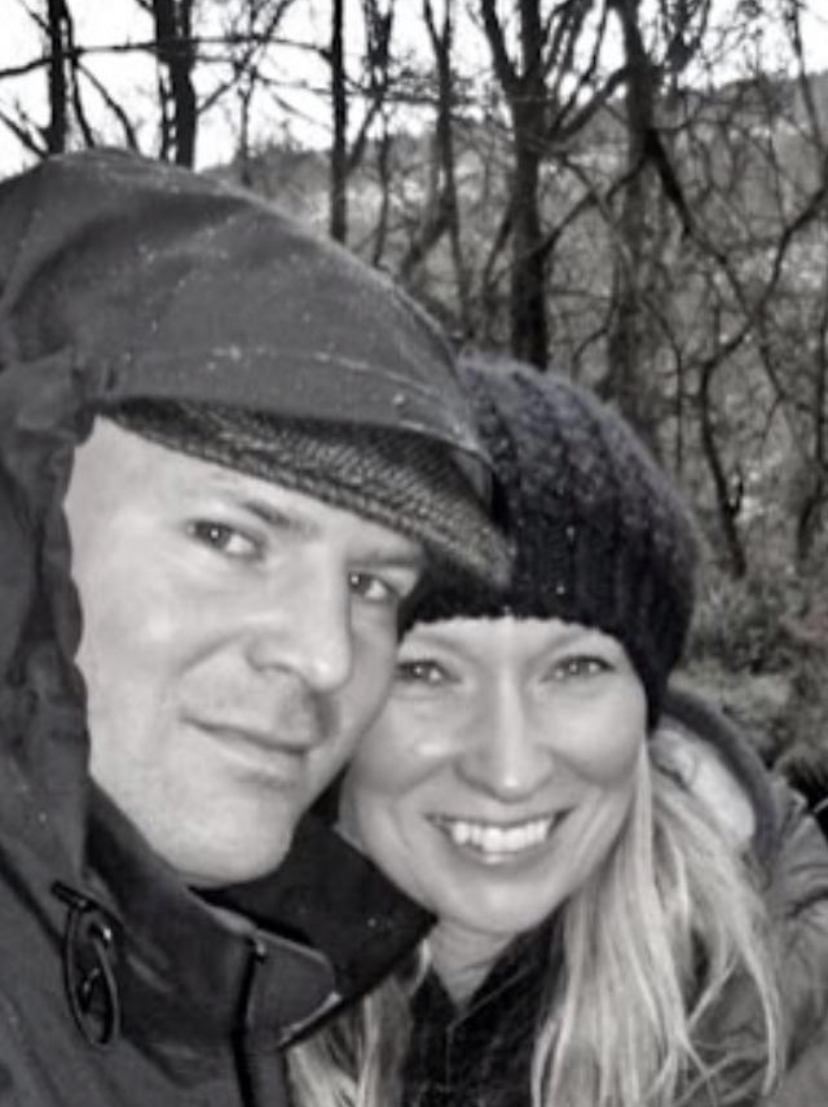 He told me to bring a bikini and he had his swimming trunks with him too. I'd even applied some fake tan.

He’d arranged for us to have a bottle of champagne in the hot tub on the roof of the hotel with gorgeous views over Belfast. It was so romantic and he’d obviously gone to a lot of trouble.

He even had the ring tied to the drawstring of his swim shorts (safety first and all that!).

So there we were in the hot tub sipping champagne – feeling all loved up and chilled.

Then, all of a sudden, a well-known Northern Irish TV sports reporter and his cameraman strolled up in their trunks and hopped in beside us to make a recording for TV! 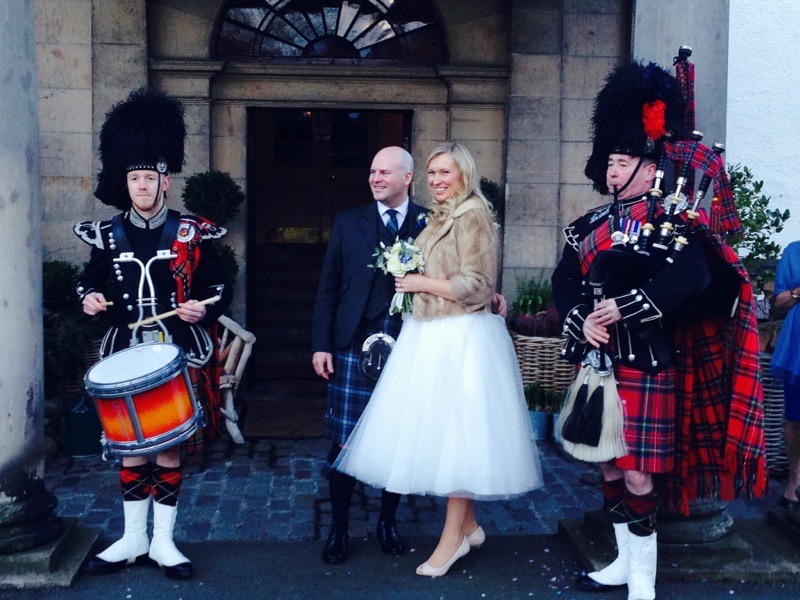 Talk about ruining the moment. So my poor husband kept the ring in his pants and we made a hasty retreat.

Instead he popped the question that night over dinner in the restaurant – it wasn’t quite what he had in mind but it was an equally good plan B and meant we were able to get hitched five months later.

And yes this time everything went to plan on the big day!"

My allergic reaction made me look like the Michelin Man's wife 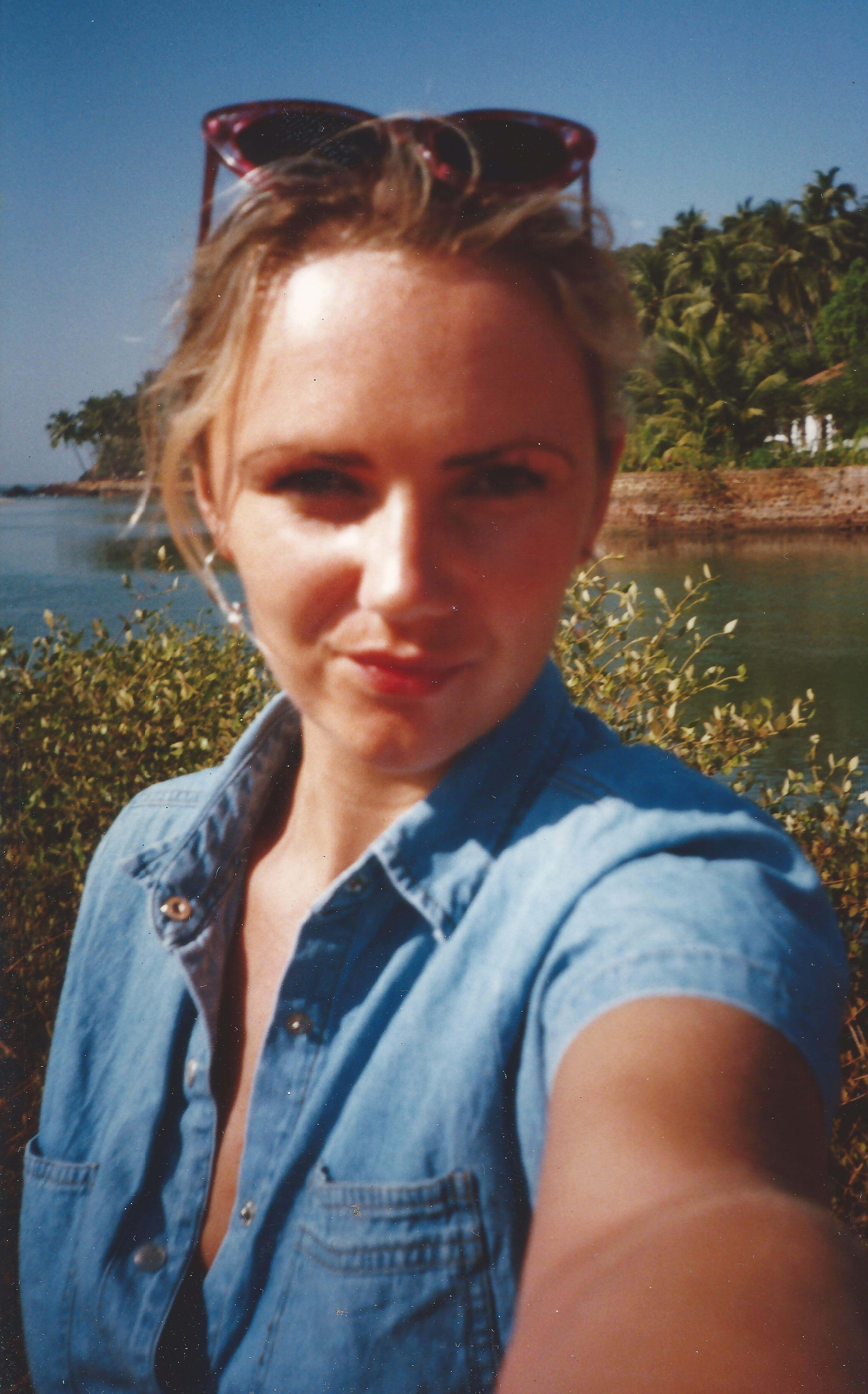 She says: "Coming up to 30 all my mates were getting engaged and I had it in my head I needed to be on the way to being hitched by then too.

My now ex-husband took me away to India for Christmas just before I turned 31.

An India beach holiday over Christmas was always our ‘thing’ as a couple so I didn’t think anything of it. Christmas had come and gone – no ring.

We always stayed in a local hotel. Clean but pretty basic in other words.

On the second morning – New Year’s Eve – I woke up and my body – that’s face, arms and legs – had swollen to double their size.

I looked like the Michelin Man’s wife. I look at my other half and his face said everything. He was horrified but worried too.

I burst into tears. My skin crawled and I itched everywhere.

My body – that’s face, arms and legs – had swollen to double their size.

My ex went to the hotel reception and got someone up to take a look at me – straight away they said, ‘hospital, hospital!’

When we got there it wasn’t NHS standards by any means but it was clean and basic. Even better I was seen within the hour.

The female doctor took one look at me and told me I’d suffered an extremely severe allergic reaction.

I was given a choice of meds to make the swelling go down which could take days or an infusion which would take the afternoon. Being vain I went for the latter.

She called the hotel and told them to re-launder all of our bed linen without using any detergent.

When I was discharged that afternoon I was still red and swollen but assured it would go down. I had to return daily for checkups too.

That night while my skin itched with calamine lotion on it everywhere – and my face still the size of a cabbage patch doll – my ex proposed and of course I said yes.

He'd planned an extravagant not to mention romantic beach on-the-stroke-of-midnight proposal – but with the hospital admission, that wasn't going to happen.

We got married in Australia the following December and it goes without saying I made sure they had already laundered my sheets in non-bio powder."