THIS optical illusion claims to reveal a lot about how people view sex.

Richard Russell’s “Illusion of Sex” appears to show the faces of a man and a woman, but the pictures are actually two versions of the same face. 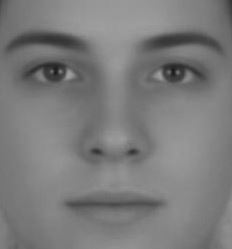 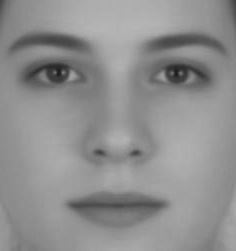 The contrast in one of the images has been increased, while in the other it has been decreased, according to Illusion of The Year.

The face with more contrast is considered female, while the image with less contrast is male.

The eyes and lips are exactly the same in the images as their contrast hasn’t been altered.

This is despite the features appearing darker in one of the images.

He said the illusion "demonstrates the importance of this kind of contrast for the perception of gender".

Viewers have been left confused as they tried to identify which face is female and which is male.

One said: “For some reason, I’m slightly more inclined to think the right image (darker shadows) is male.

“It gives the illusion of thicker eyebrows, more ‘tone’ and a ‘complexion’.

Meanwhile, we reported how an image showing an elephant and 12 other creatures claims to reveal a lot about your attention to detail.

In the illusion, the standout animals are an elephant, a donkey, a dog, a cat, and a mouse.

Eagle-eyed viewers may spot the snake hidden in the elephant’s tail – it will jump out at you when you see its small eye and mouth.

Those who are more observant will also spot the mosquito buzzing around at the top of the elephant's rear leg.

Spotting between seven and nine creatures means your attention to detail is very good and you are likely to benefit from it on a day-to-day basis.

And, an image that appears to show both an old man and a young girl claims to reveal a lot about a person’s mental age.

If you spotted the elderly man,it means that you’re well-traveled and mature.

But, viewers that saw the young girl first haven’t let go of their innocence.