A WOMAN was nearly blinded after a botched filler was injected into her arteries, which saw her lips swell up and burst causing her to swallow the solution.

Mikayla Stutchbery, 24, regularly got Botox and lip fillers, as ‘all her friends are getting it done’. 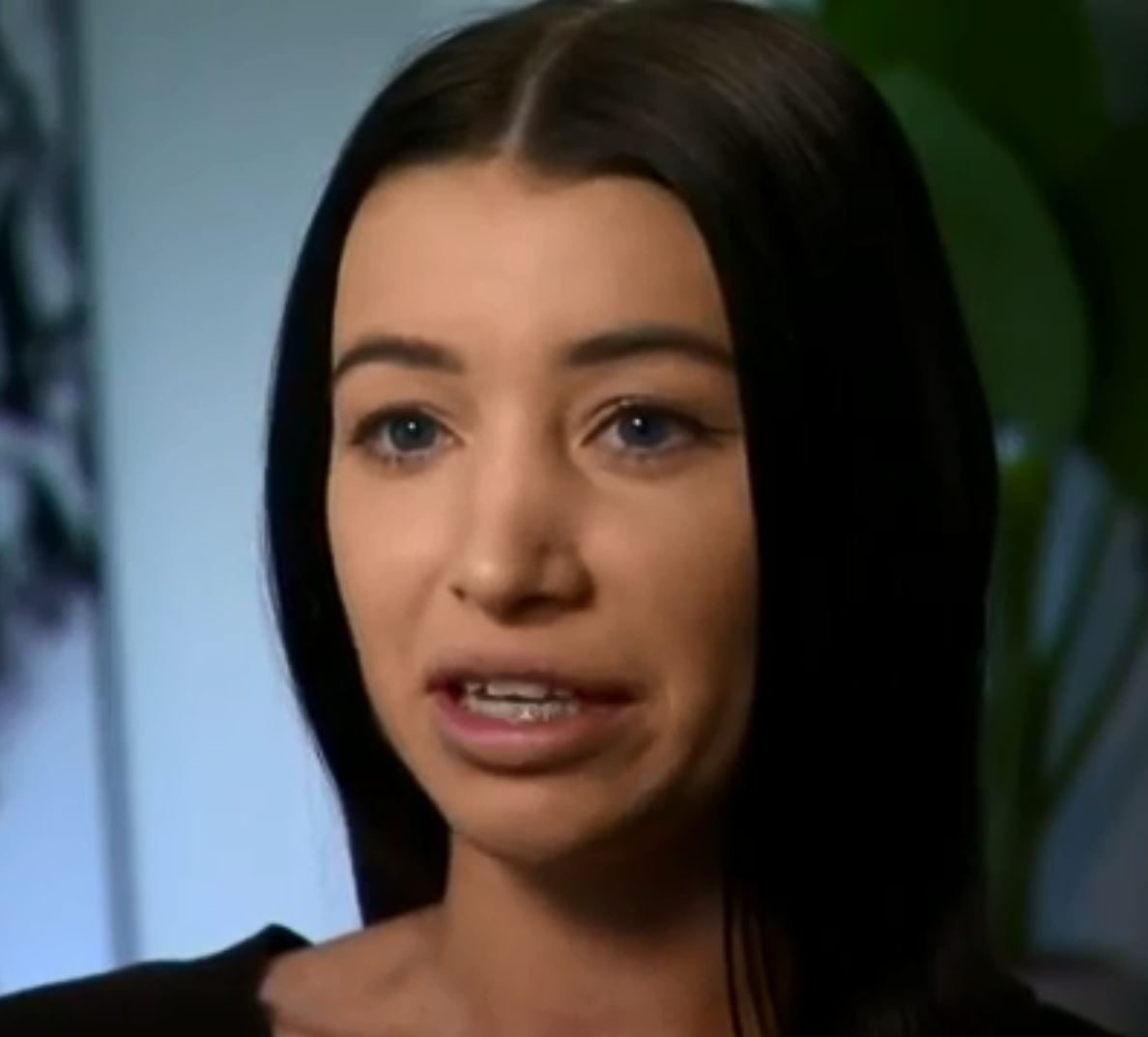 She said: “Every single one of my friends is getting it done, getting Botox, lip fillers.”

But when Mikayla’s usual therapist was busy, she turned to a chain, Laser Clinics Australia Outlet, to get her lips plumped up instead.

Mikayla, from Victoria, Australia, says the procedure went badly wrong after the filler was injected into her arteries – nearly blinding her.

She says after the injection her lips felt strange and swelled up, but the worst was yet to come. 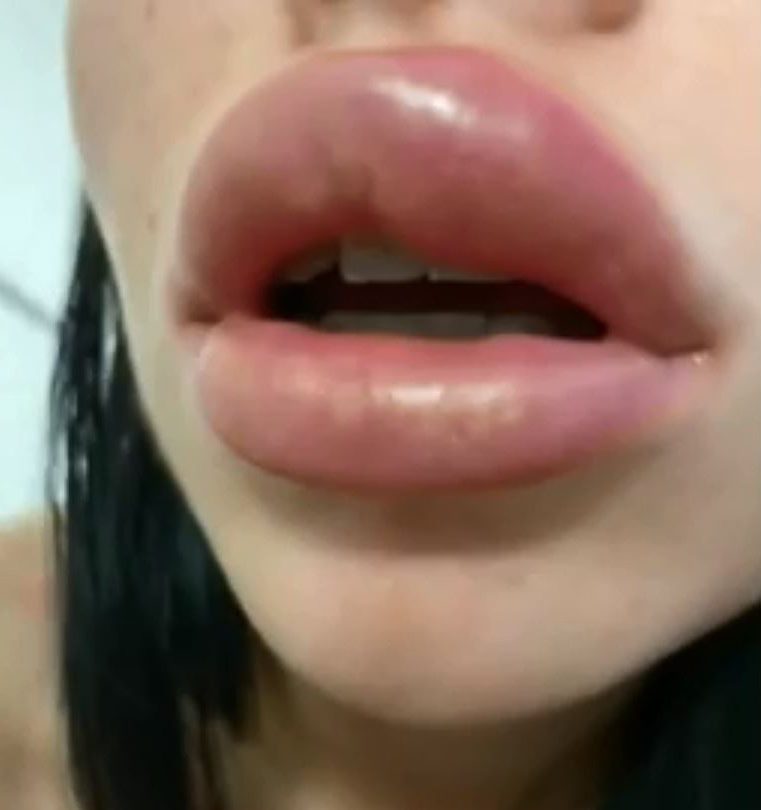 Mikayla, a former disability worker, was horrified when one side of her mouth doubled in size.

She told 9News: “One part just started swelling up ginormously, and started getting white around it, like it was dying.”

Concerned she returned to the clinic, and claims they told her it was a cold sore, and that any infection was caused by her dog licking her face.

Mikayla then went to her own doctor who immediately issued her with antibiotics. 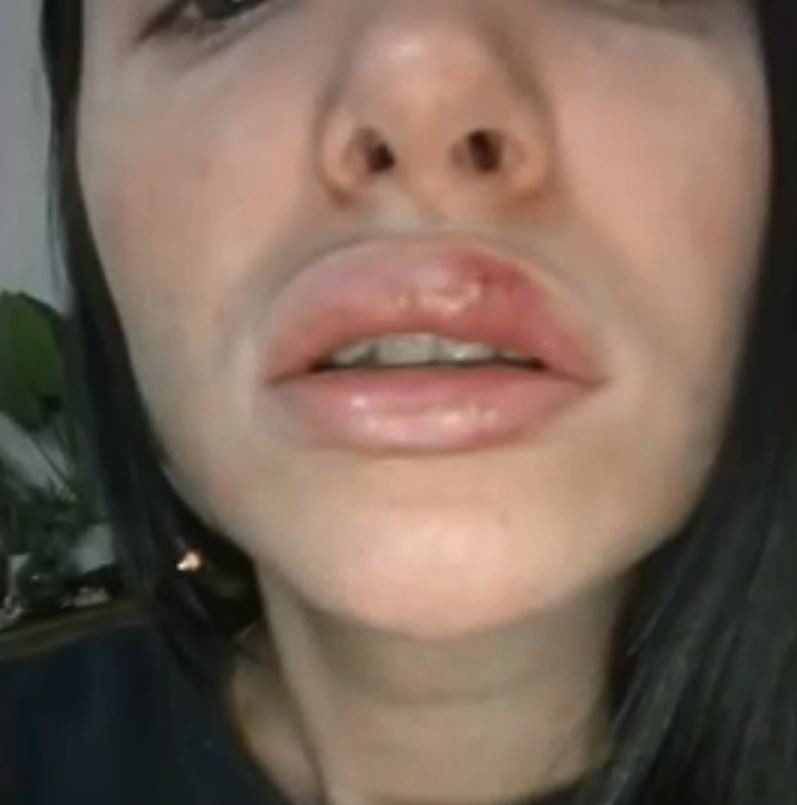 She said: “I’ve never had a cold sore in my entire life.

“It was extremely painful and then there was a part where I got blisters and they burst, and I started swallowing the filler and passed out.

“You see the horror stories on TV, but that will never happen to you until it actually does.”

But more bad luck was in store for her, as she was allergic to the antibiotics, causing to need a fortnight off work and she eventually lost her job.

Mikayla said: “I actually went and got antibiotics, and unfortunately I was allergic to those antibiotics, so I was off work for two weeks and I lost my job.” 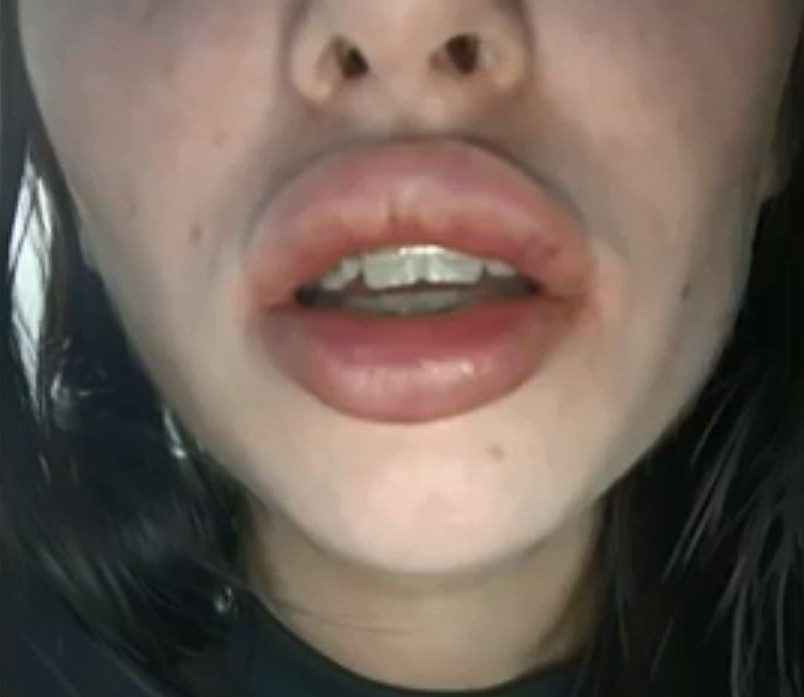 Professor Mark Ashton, former President of the Australian Society of Plastic Surgeons, confirmed the filler had been injected into her artery, and she had a lucky escape.

He said: “It could have easily been that she went blind.

“In my opinion there is little doubt that this poor girl has had filler injected into the arteries supplying the upper lip.

“That filler has then gone on to cause tissue death.

“It could have gone up into her face up along the side of the nose and into her eye, and she could have been rendered blind instantly.”

Mikayla went back to the store to confront the staff, but claims she was issued with a letter banning her from the premises. 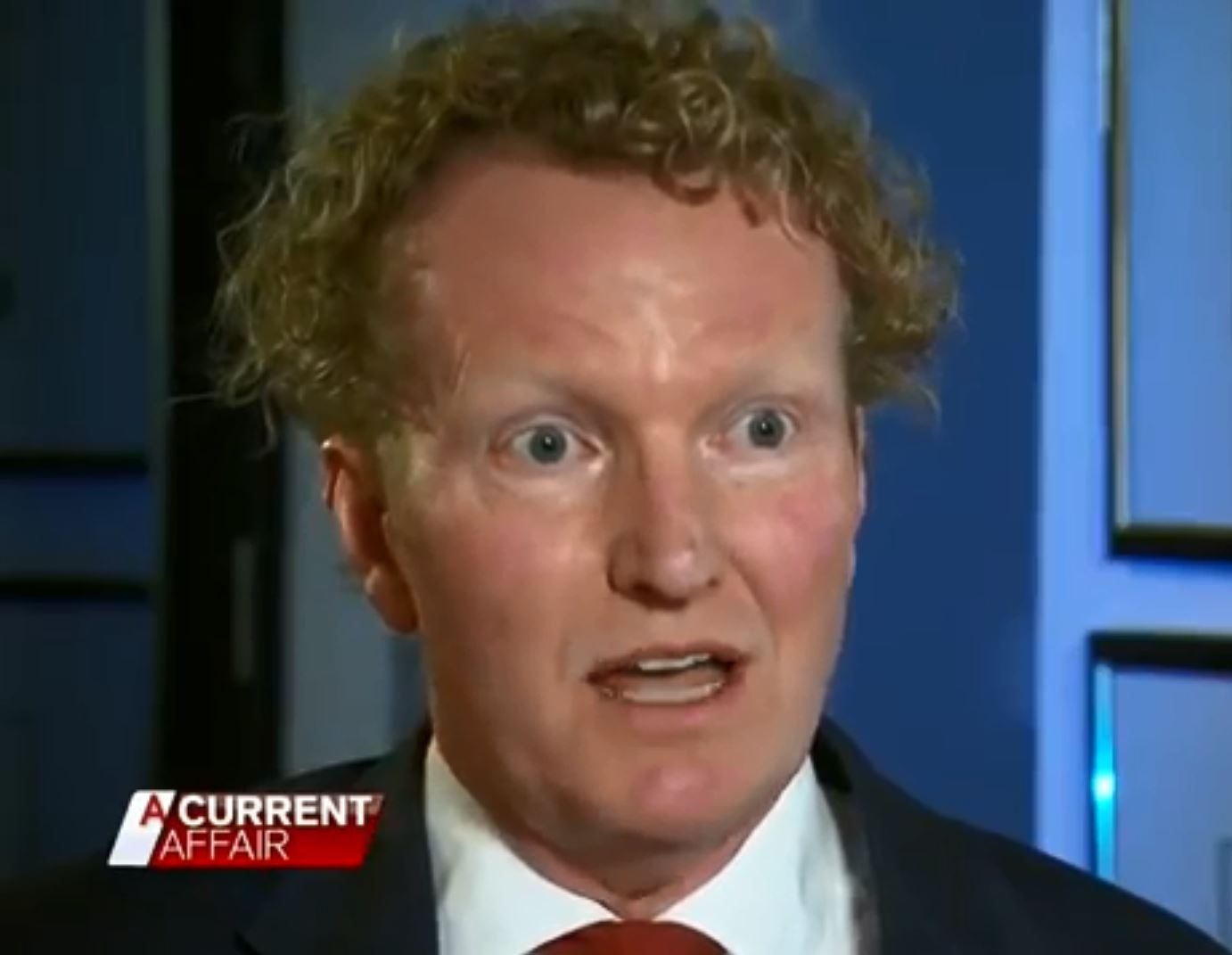 “There is no medical evidence that the Laser Clinics treatment caused any infection.

“The Wendouree Clinic followed all appropriate clinical procedures mandated by Laser Clinics and there is no report or finding to the contrary that has been brought to the attention of Laser Clinics to suggest any error.

“Ms Stuchbery sought to have the complaint investigated by an independent party. However it was not pursued and the file was closed.

“Ms Stuchbery and a friend attended the Wendouree Clinic and threatened a staff member which resulted in both of them being prohibited from returning to the premises.

“Laser Clinics Australia has a Medical Advisory Panel of Dermatologists and Doctors who review its processes and protocols for all treatments performed.”

Meanwhile this real-life Barbie doll has hit out at people who call her 'fake' claiming she's never had plastic surgery.

And this hairdresser has spent £11k on fillers, Botox, a boob job and Brazilian butt lift.

Plus these best mates who are desperate to look like twins dye their blonde hair black and get matching fillers.