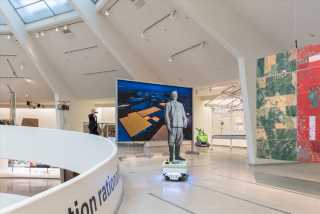 The World Resource Institute has tapped Aniruddha Dasgupta as its president and chief executive officer.

Focused on sustainable cities, urban design and poverty alleviation, she has been leading the organization’s “Cities” program for the past seven years. In that role as global director, he leads a team of 400 experts and a budget of $33 million. His efforts extend beyond championing sustainable cities to include improving quality of life and reducing inequities. Prior to joining the WRI, Dasgupta was a director of knowledge and learning at the World Bank.

The new president and CEO succeeds Andrew Steer, who exited the WRI to head up the Bezos Earth Fund. Accepting what is a board-appointed post, which will go into effect on Jan. 9, Dasgupta said, “Countries across the world are facing simultaneous crises — economic recovery, human well-being and the climate emergency — which together require thoughtful context-specific shifts toward a just, low-carbon future.”

In other WRI-related news, executive vice president and managing director Manish Bapna has been named president and CEO of the National Resources Defense Council.

In the last decade, the WRI has developed from a largely U.S.-based organization to a fully global one with 12 offices and the bulk of its employees being based overseas.

With more than half the world’s population living in cities, environmental resources and affordable housing are increasingly concerns. Over the next 30 years, 2.5 billion people and up to 1 billion more vehicles will be added to urban centers, according to the WRI. In addition, 75 percent of the infrastructure that will exist in cities by 2050 has not yet been built.

In New York, the ill effects of city life on the countryside is one of the themes explored in an abbreviated version of “Countryside, The Future,” on view through July 29 on the fence outside of the United Nations. Organized by Rem Koolhaas and AMO, the think tank behind the Office for Metropolitan Architecture, the exhibition’s planned six-month run last year at the Solomon R. Guggenheim Museum in New York was cut short, due to the pandemic shutdown.

Major cities across the U.S. and in many parts of the world are trying to revive their economies and woo back residents and remote office workers. If that weren’t enough of a challenge, many are also grappling with concerns about public safety, affordable housing and homelessness.

Travel Portland, an organization that promotes travel to Portland, Ore., to drive economic growth, was criticized earlier this week on social media for running full-page “This is Portland” ads in The New York Times and other media outlets that tried to smooth over the city’s tumultuous year. Following the murder of George Floyd at the hands of Minneapolis police last year, Portland faced months of nightly protests that often involved clashes between various opposing groups. Some led to vandalism and fires, and subsequently at times physical force and tear gas by the police. The Oregon National Guard was deployed at one point last fall to assist with the civic unrest.

Many retailers and businesses remain boarded up in downtown Portland, and the majority of office workers have yet to return. Trying to be proactive about the situation, the Travel Portland ad read, “We have some of the loudest voices on the West Coast. And, yes, passion pushes the volume all the way up. We’ve always been like this. We wouldn’t have it any other way.”

Travel Portland executives did not respond immediately to requests for comment.