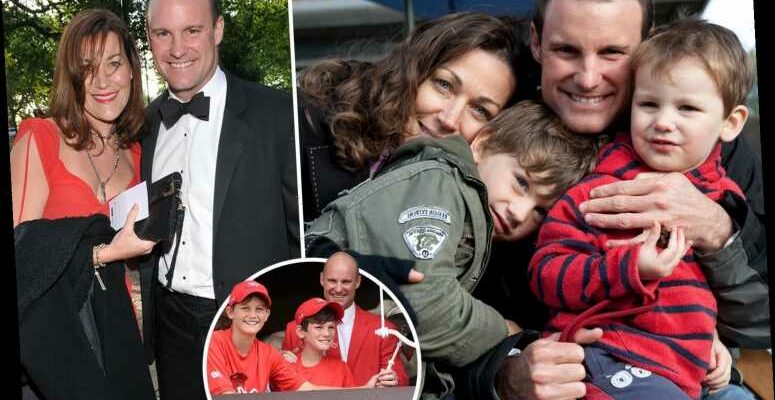 TAKING his two sons to school, cooking dinner, and busying himself with chores – Sir Andrew Strauss lived life on autopilot after losing his wife Ruth to lung cancer.

The former England cricket captain admits that for several months he went about his daily existence simply trying to find a way to live without her. 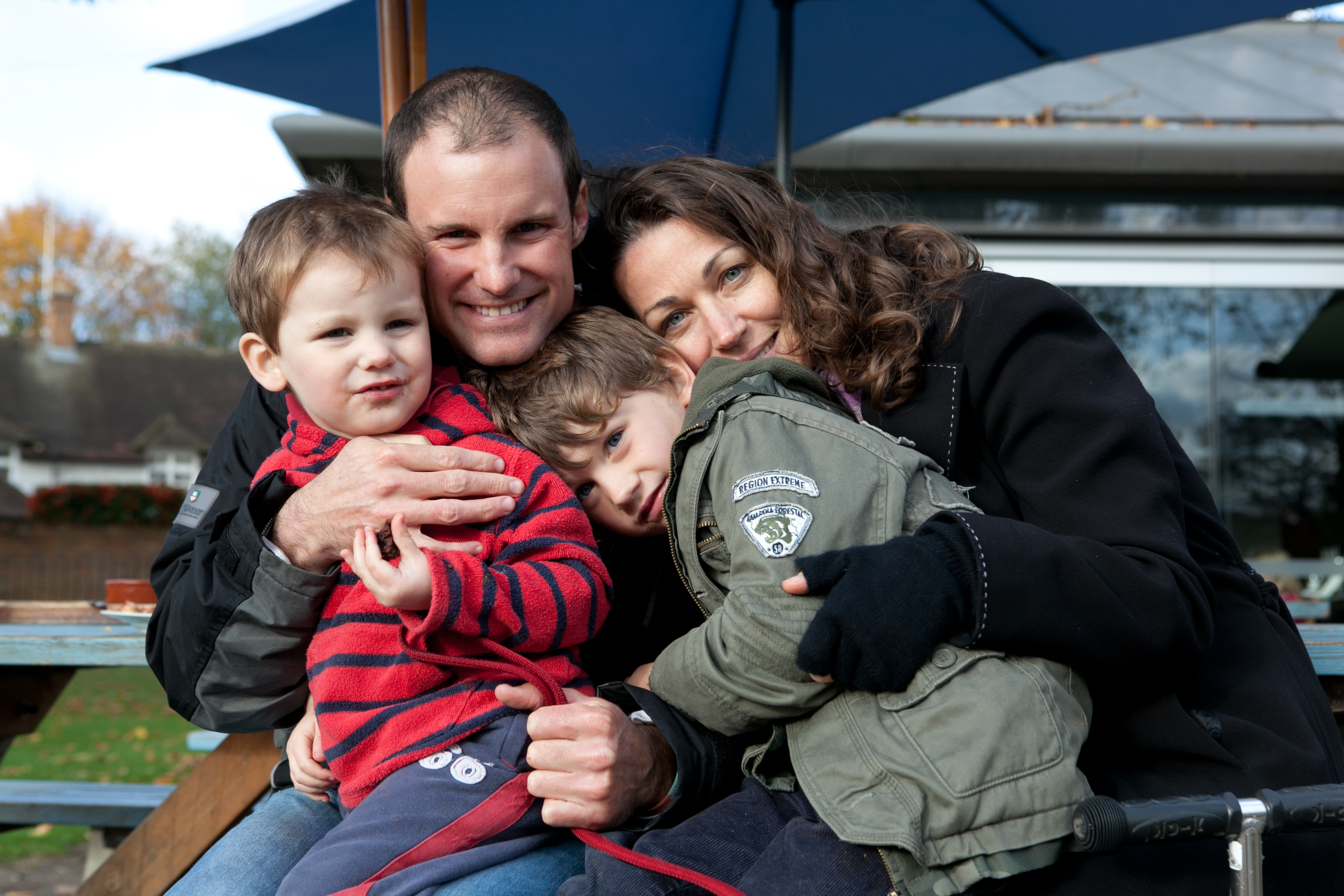 And even though he was “unbelievably worried” for sons Sam and Luca, now 15 and 12, he believes it was their strength and resilience that pulled him through.

“We were just feeling our way around this new life as a family of three, instead of four,” recalls Strauss.

“We all felt incredibly sad. Some days I would find myself in uncontrollable fits of crying. You have no idea what any day will throw at you that might remind you of Ruth or your new situation.

“I was so unbelievably worried about the kids, how they were going to react and what effect it would have on them. The interesting thing when I look back is that I got great support from the boys. 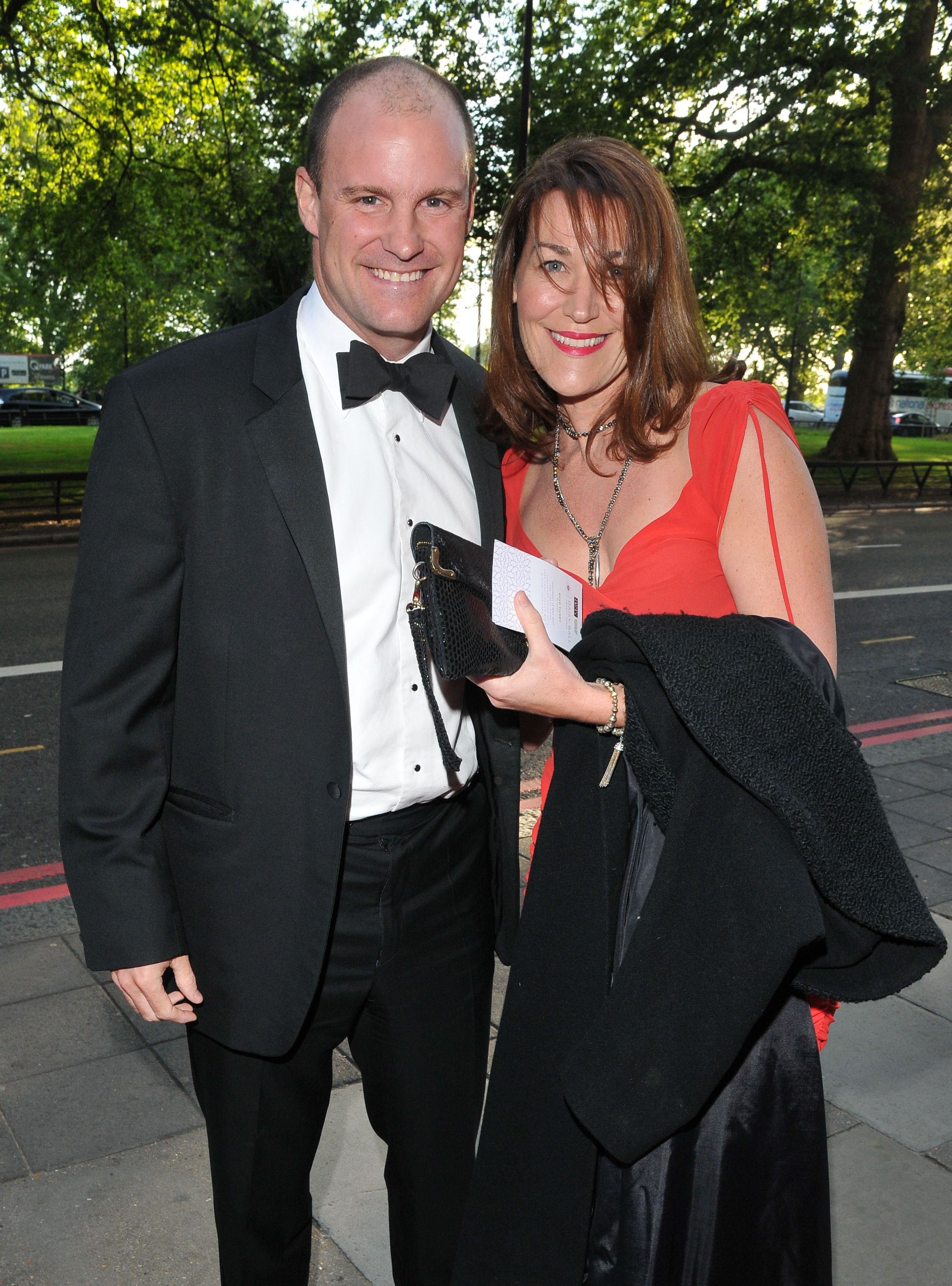 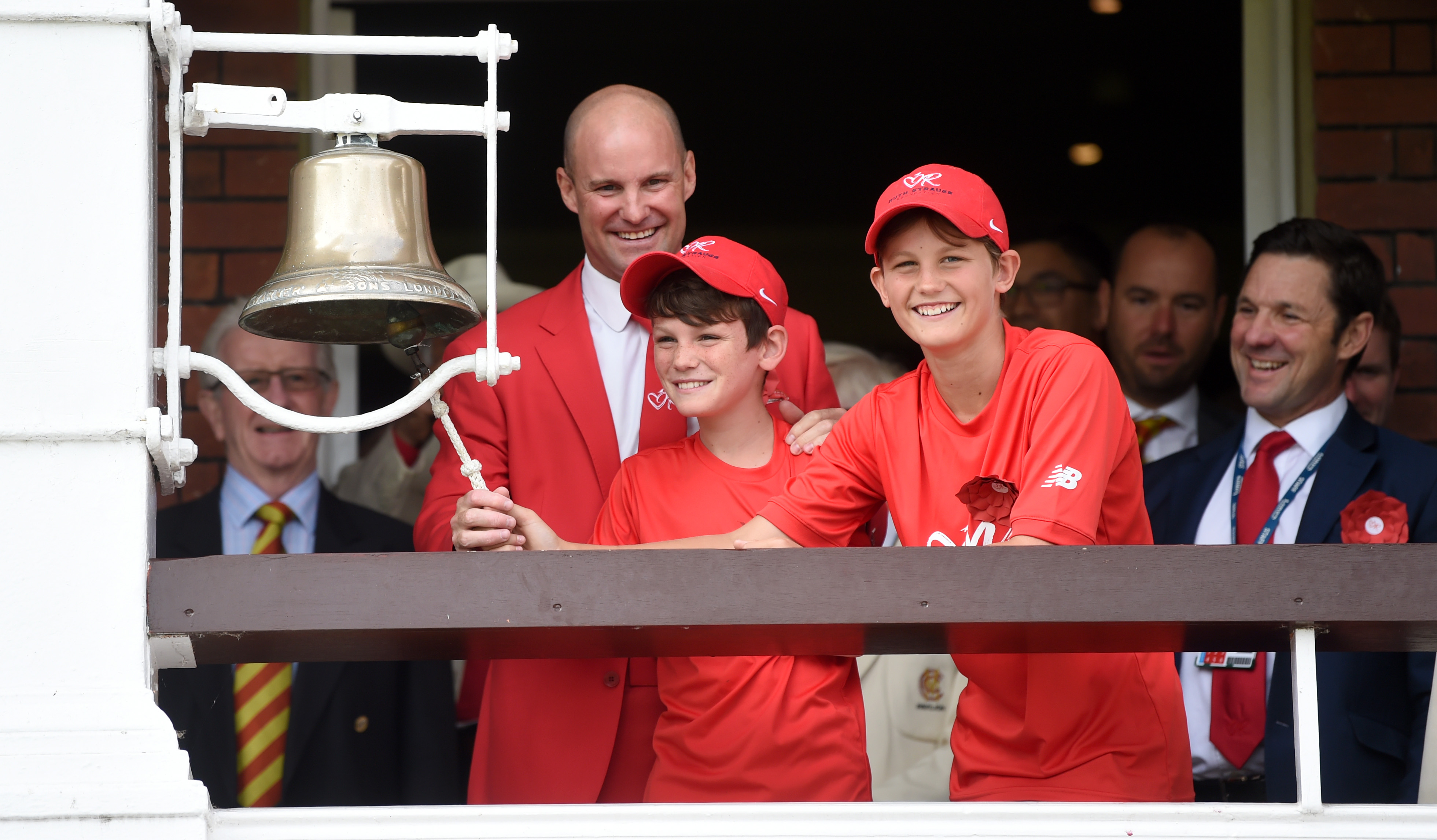 “I thought it was going to be me looking after them. But they offered me as much, if not more, support than I offered them. Their resilience, their energy and their ability to work their way through it was astounding.”

The initiative urges people to get checked if they test negative for Covid but have a persistent cough that lasts three weeks or more. Every year 38,300 people are diagnosed with lung cancer — but catching it early can save lives.

Worryingly, rates among non-smokers are rising and these cases can be even harder to spot. Ruth was diagnosed in December 2017 having never smoked a cigarette in her life.

“Ruth is one of these people that always took her health really seriously,” Strauss explains. She ate well and at the time of her diagnosis she was doing a personal training course. We had regular health checks.”

While a cough lasting three weeks or more is typically the main symptom of lung cancer, Ruth experienced other symptoms of the disease. Strauss says: “In the six months before she was diagnosed, she suffered a number of little ailments, small aches and pains. 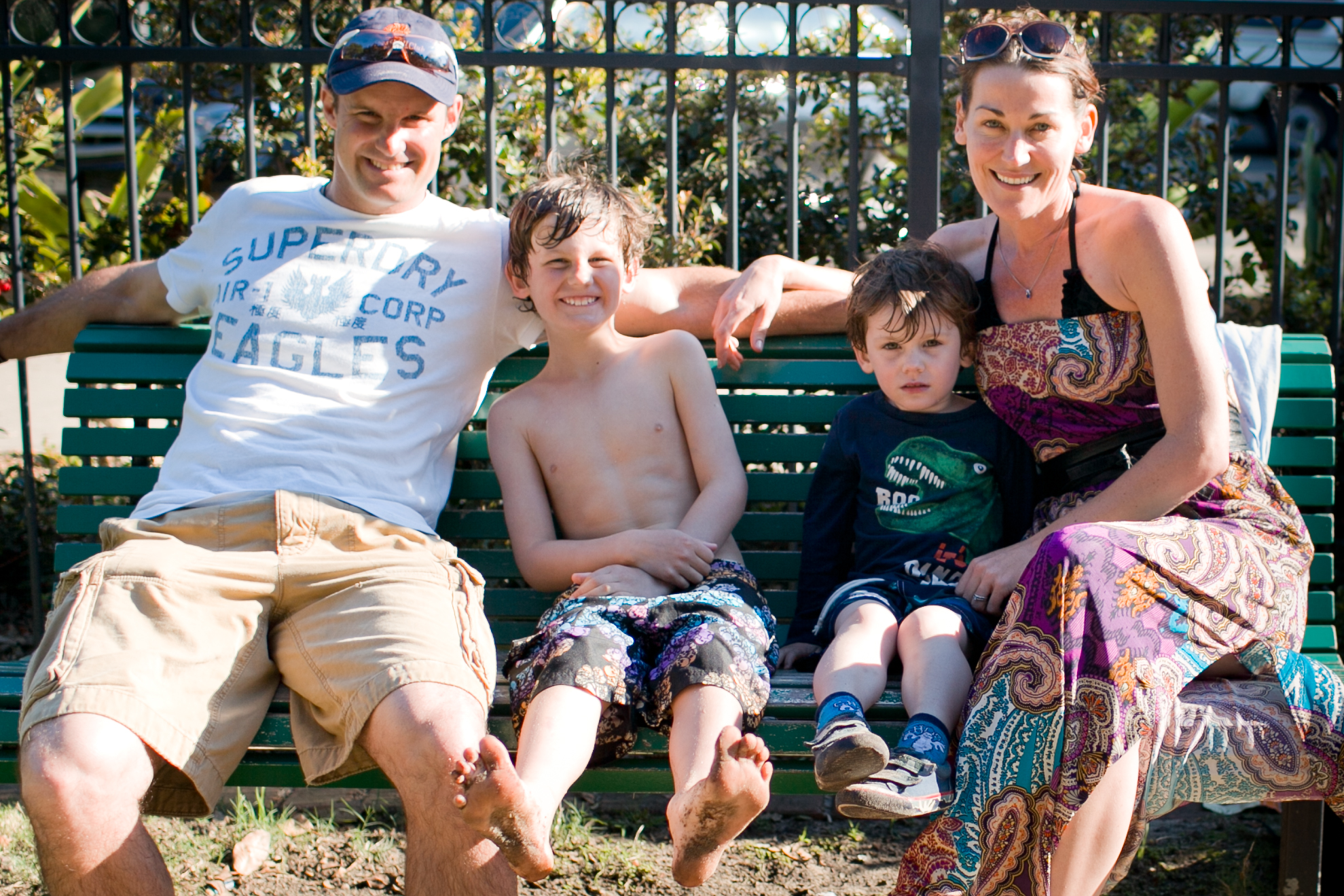 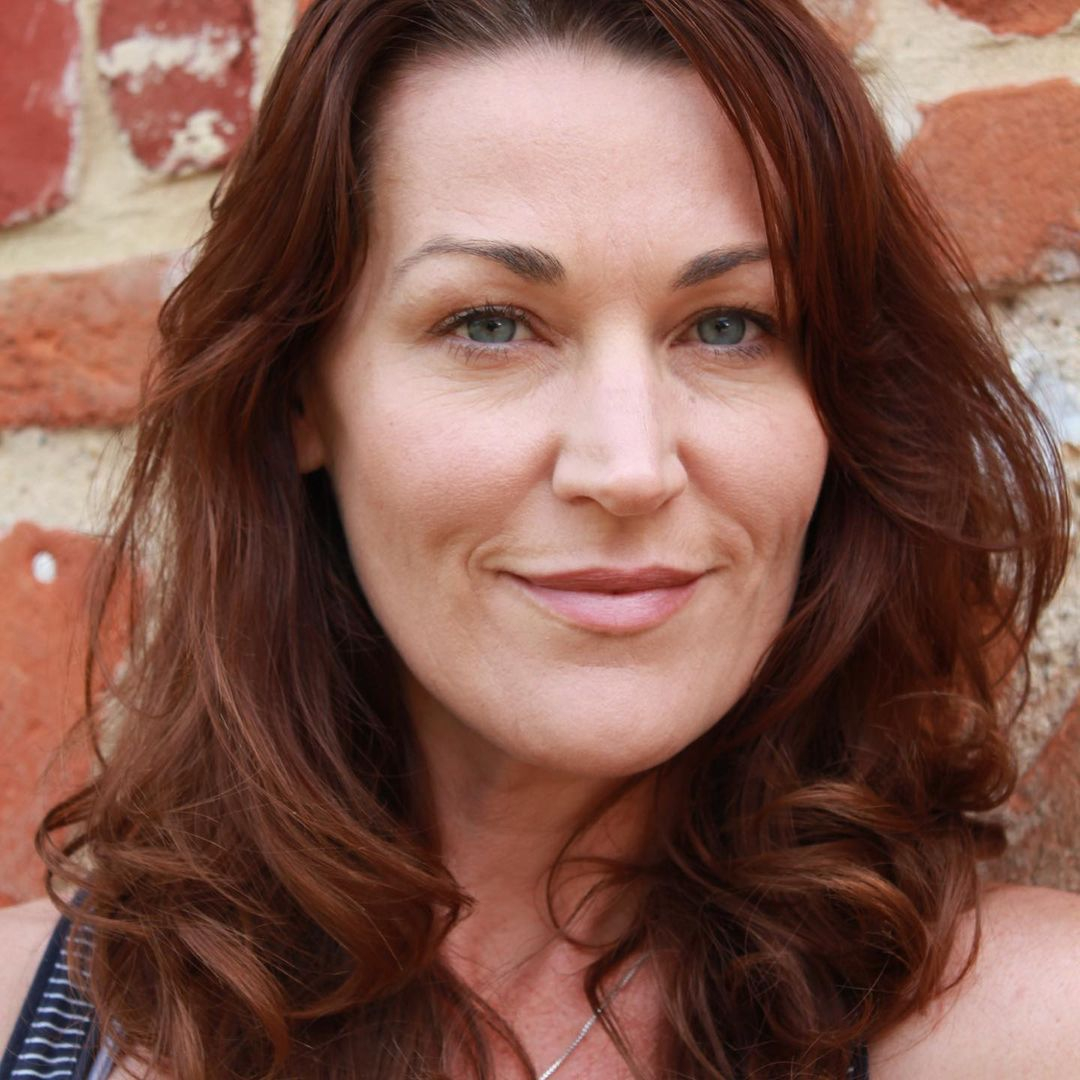 “She didn’t quite feel herself and was more tired than normal. When she was doing the training course, she didn’t feel as fit as she had done and was a little breathless.

“She knew something wasn’t quite right and went to the doctors here and there with some minor complaints. Never for one moment did she or I or even the doctors think she might have lung cancer.

“There was an assumption on our part that because she had never smoked a cigarette in her life lung cancer wasn’t something that was likely to be applicable in her case.”

Ruth suddenly became very unwell with pain around her kidneys. Doctors suspected kidney stones and referred her for scans. “It became apparent that cancer had spread throughout her body,” Strauss recalls.

“Telling the boys Ruth had cancer was tough. Initially, they didn’t know what type it was so they had to run tests. We had to sit the boys down and say mum had cancer but we didn’t know what it was or what the treatment might be. It was awful — the boys were worried about what was to come.”

Ruth was diagnosed with stage four ALK-positive non-small-cell lung cancer. “It’s a massive shock to hear your partner has cancer full stop,” Strauss says. “Whatever cancer it is, it knocks you off your track. What made it so much more difficult for us is that it was incurable. This wasn’t something Ruth could overcome. 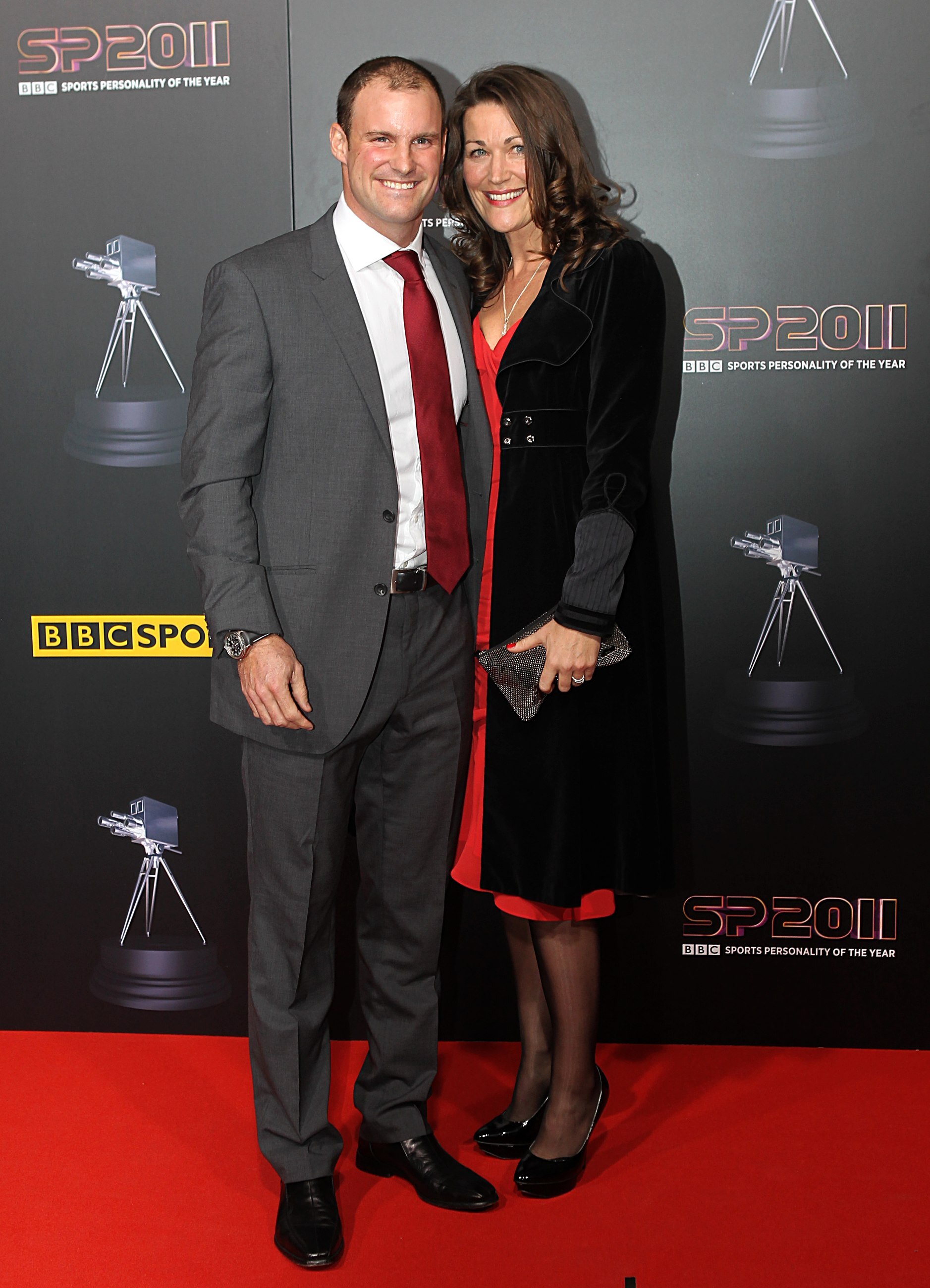 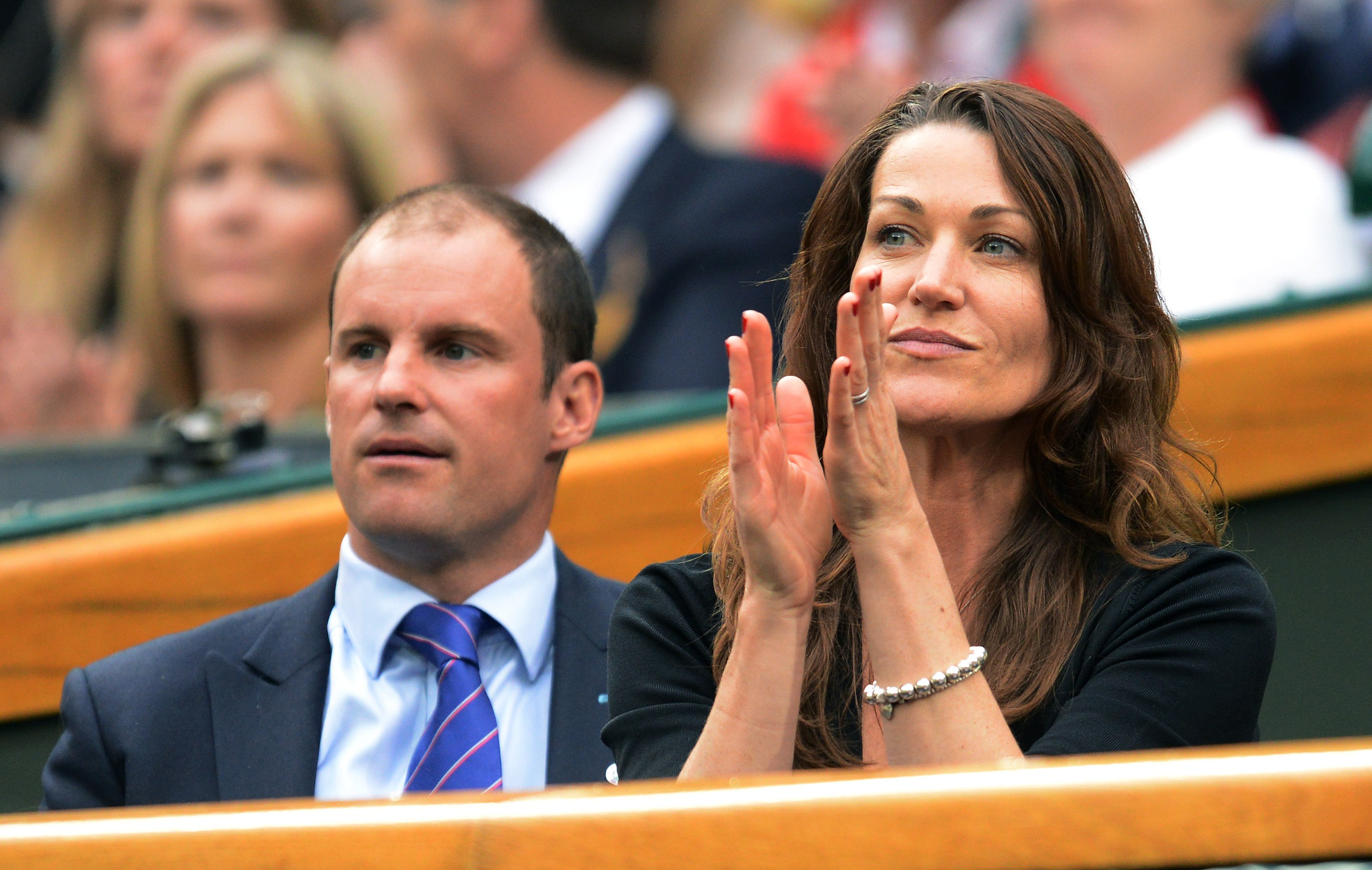 “And secondly, it was lung cancer. Ruth had never smoked and most of the symptoms she had were aches and pains in other parts of her body, not her lungs.”

Initially, Ruth was treated with medication at home and doctors were optimistic about her health. We were very lucky as a new drug had just been signed off for use in the NHS,” Strauss recalls.

“It was an inhibitor drug which worked initially. We felt blessed to have that drug available to us. It worked well and for four or five months the cancer was in remission. Ruth lived a pretty normal life.”

But scans in May 2018 revealed Ruth’s cancer had returned — and it was aggressive. She tried other treatments, including chemotherapy, but her health deteriorated.

“She gradually became less active,” Strauss says. “She went from being able to run to being able to walk to not walking very far and then not being able to do much strenuous exercise at all. On the whole, though, she was well and we were very grateful for that.

“We tried to make the most of our time as a family. We went to Sweden to see the Northern Lights and tried to make as many precious memories as we could. A lot of time Ruth and I were just hanging out and that time was very precious. When I look back I’m glad I made the decision to stop working and to be a part of that journey with her as much as I could.” 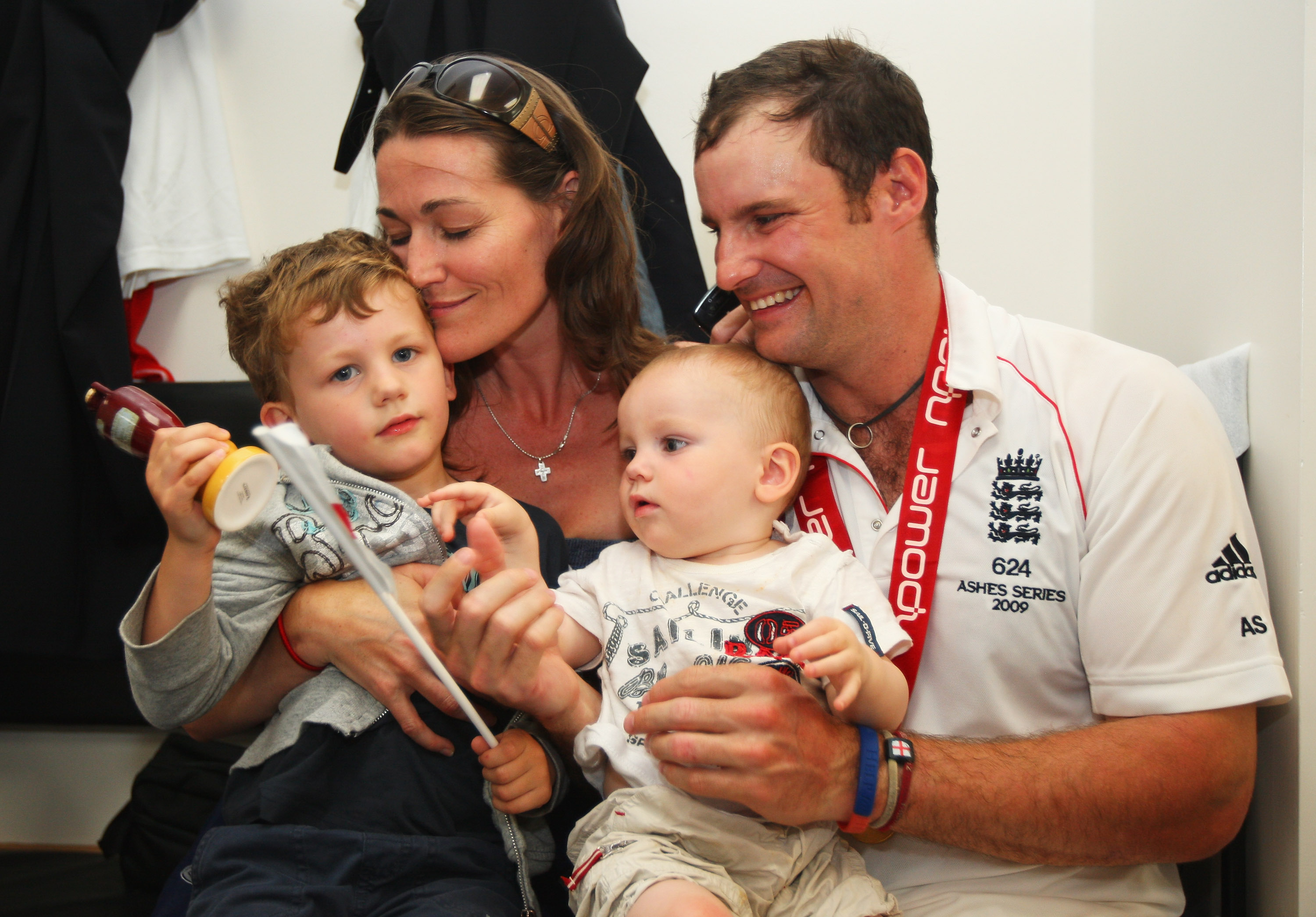 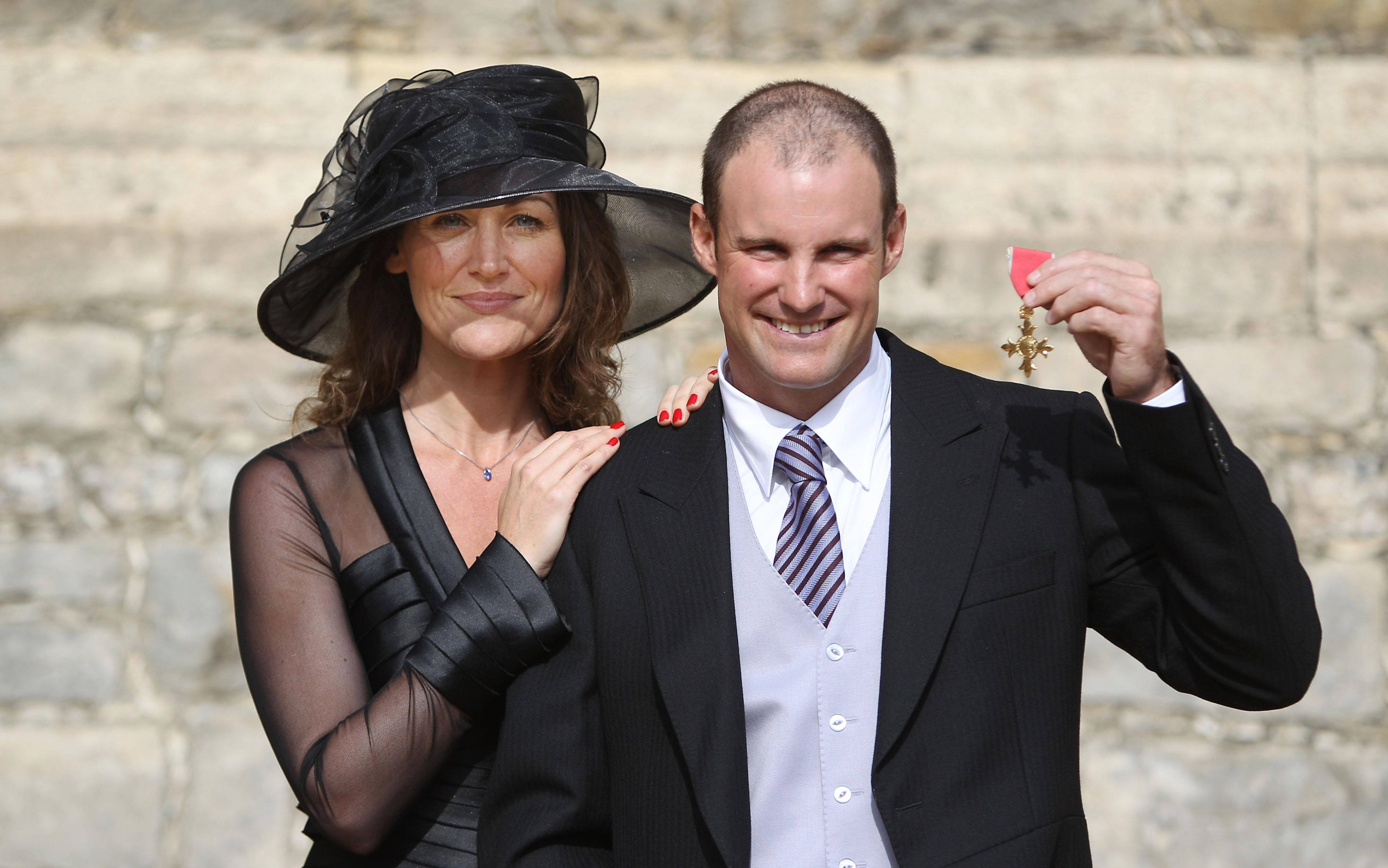 Strauss says Ruth faced her death with courage and made sure he and the boys were ready to deal with their grief, without bottling their feelings up.

“When I look back on it, her attitude, her courage and her willingness to make the most of the situation is what I’m most grateful for,” he says.

“She was also very strong on making sure the boys and I were prepared for what was to come. Instinctively that was something I didn’t want to do. I wanted to deal with her death when it happened and not worry about it too much while I had her with me.

“But she insisted we see a counsellor and face the tough stuff around her illness and what it would mean for her and me and the boys.”

The couple discussed setting up a charity to help other families facing the loss of a parent and to raise awareness of non-smoking related lung cancers.

"It was such a hard conversation to have but two or three weeks before she died, Ruth and I were talking about how something positive could come out of this situation,” Strauss says. 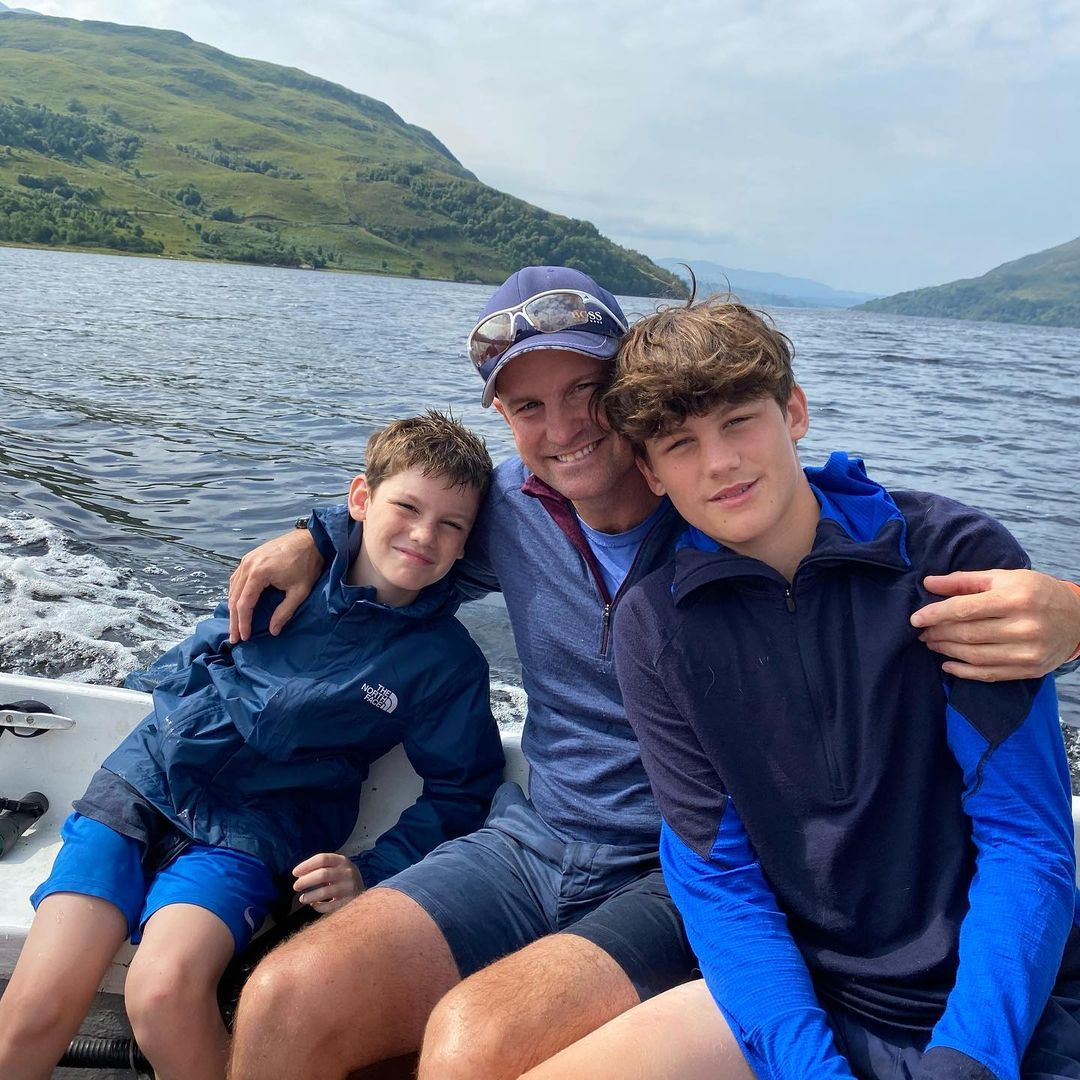 “We started talking about a foundation and if that was something we should do, then what should we focus on. Ruth wanted to lift the taboo on death and to make sure we help families facing the loss of a parent.”

Ruth tried one final drug towards the end of 2018 but Strauss admits it felt like “a ticking clock”.

He adds: “We knew there would be nothing after this. It made a difference for a while, but it wasn’t completely controlling the cancer. The one thing Ruth was determined to do was to go back to Australia to see her family.

“We worried she wouldn’t be well enough to get on the plane — her breathing was very compromised by then. But we did. We got on the plane, we got to Australia. 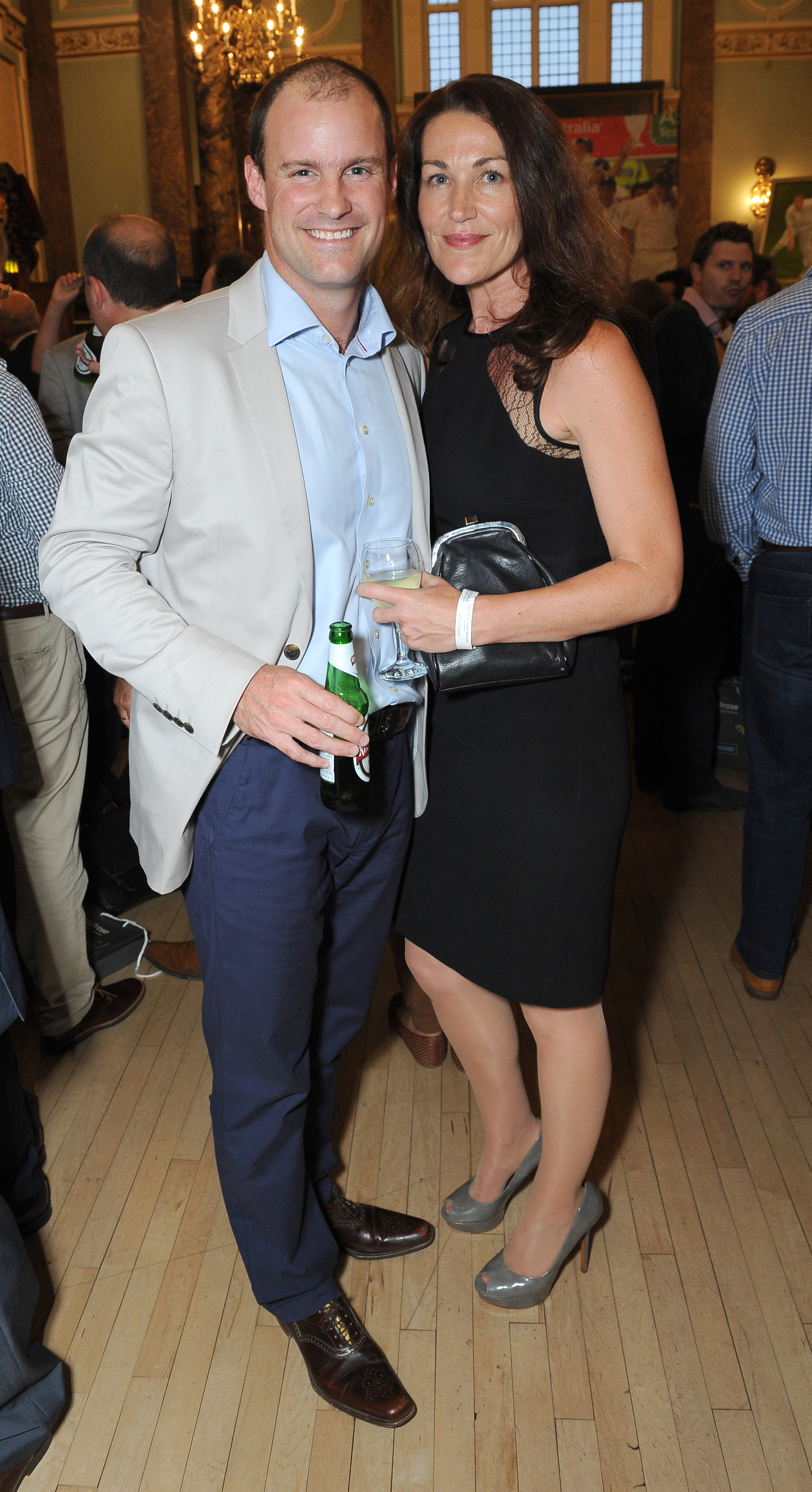 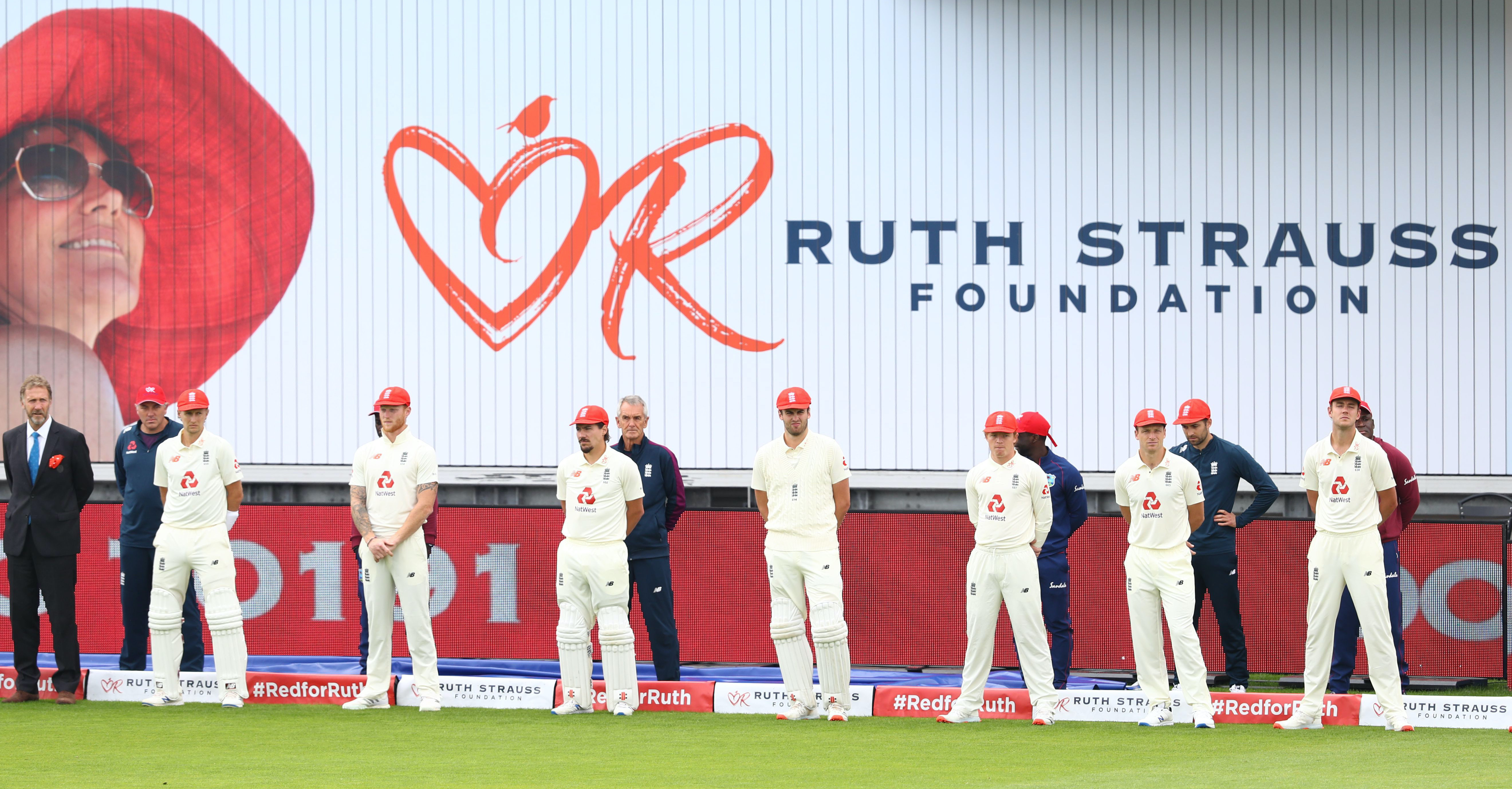 “She fought so hard to get there but once we arrived, things deteriorated quite rapidly.”

Strauss says: “I am grateful she was able to get out there as that was her wish. It felt like the right place for her to die, surrounded by family. She was in a place that she felt at home.”

SINCE his wife’s death, Andrew has set up the Ruth Strauss Foundation to offer professional support to any family with a child facing the death of a parent.

It also campaigns for research into non-smoking lung cancers. “You don’t need to be a smoker to get lung cancer,” Andrew says. “Rates among non-smokers are rising so it’s important that anyone with symptoms visits their GP.”

The pandemic has only made the situation worse.

Andrew says: “It worries me people might not be going to their doctor if they have symptoms of lung cancer. Late diagnosis is bad news for any cancer but especially lung cancer.

“The NHS has introduced measures, including Covid-secure wards, protected surgical hubs and phone and digital consultations to ensure the safety of patients. If you have a cough for more than three weeks and tested negative for Covid, speak to your GP. The likelihood is it isn’t lung cancer but if it is you need to catch it early.”

Professor Peter Johnson, national clinical director for cancer for NHS England said while it was understandable people didn’t want to burden the health service, the risk of a cancer you don’t pay attention to is “much greater than Covid-19”.

GP referrals for all cancers were back to pre-pandemic levels by December but lung cancer referrals were down 73 per cent in December 2019, raising fears of cases going undiagnosed.