GILLIAN Harvey, 42, is an author and lives in Limoges, France, with her husband Ray, 70, a retired teacher, and their children Lily,  10, twins Joe and Tim, eight, Evie, six, and Robbie, five.

Here, she talks about how she got over her and her husband's 28-year age gap. 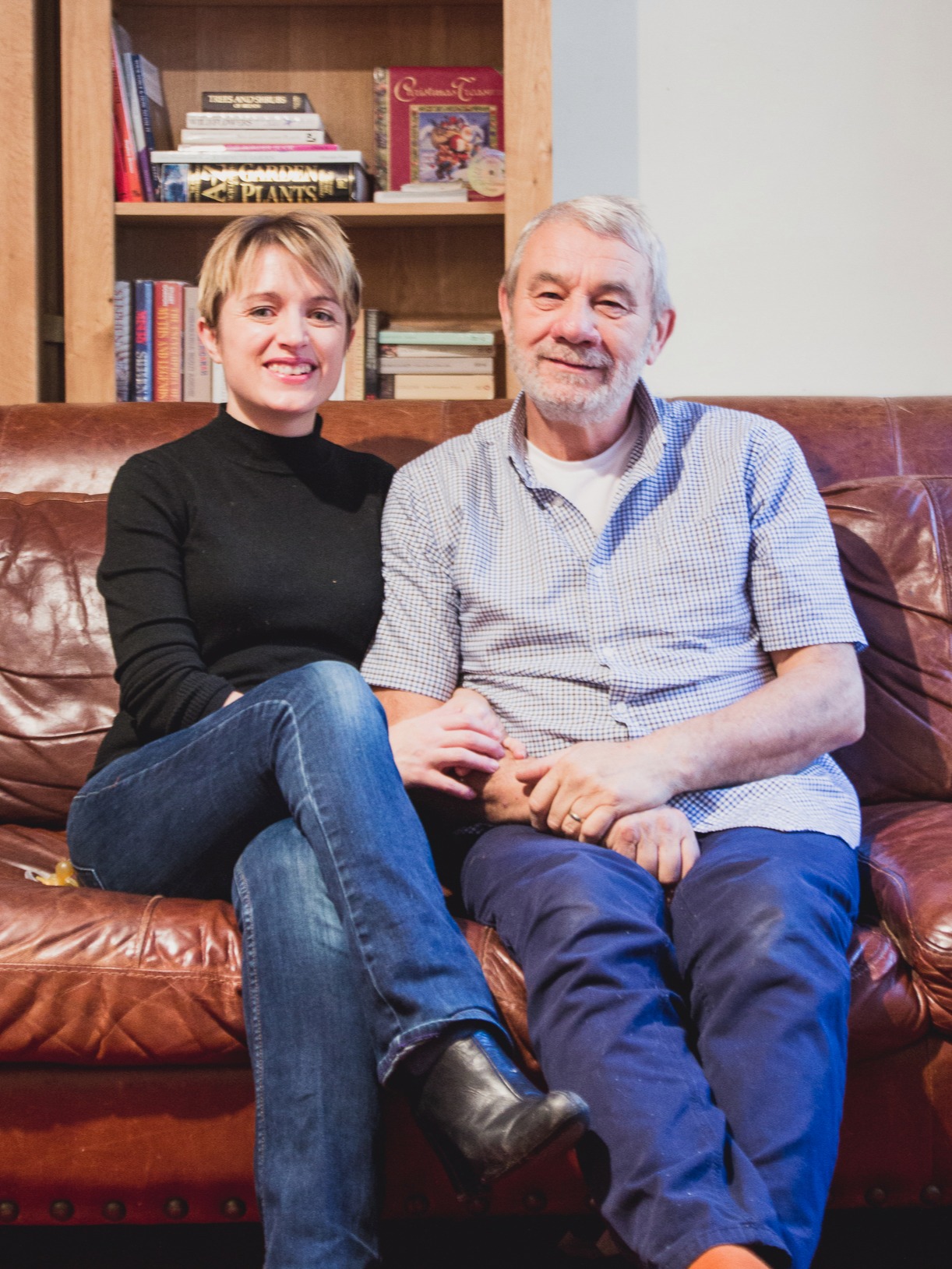 Gillian says: “As I showed my husband Ray how to take a selfie for the hundredth time, I rolled my eyes.

He’s terrible with technology, but it’s no wonder as he didn’t grow up with it. Twenty-eight years older than me, Ray is from a different generation.

But despite the age gap, we’re perfect together, and I often don’t notice it – until he asks me how to use Facebook again.

I first met Ray, then 51, in September 2001, when I was 23 and working as an English teacher in a school in Hertfordshire where he’d taught for 20 years.

I found him easy to talk to, but wasn’t attracted to him. I had a boyfriend my own age and had always considered huge age gaps between couples rather odd.

But by the following summer, I realised that I had feelings for him. 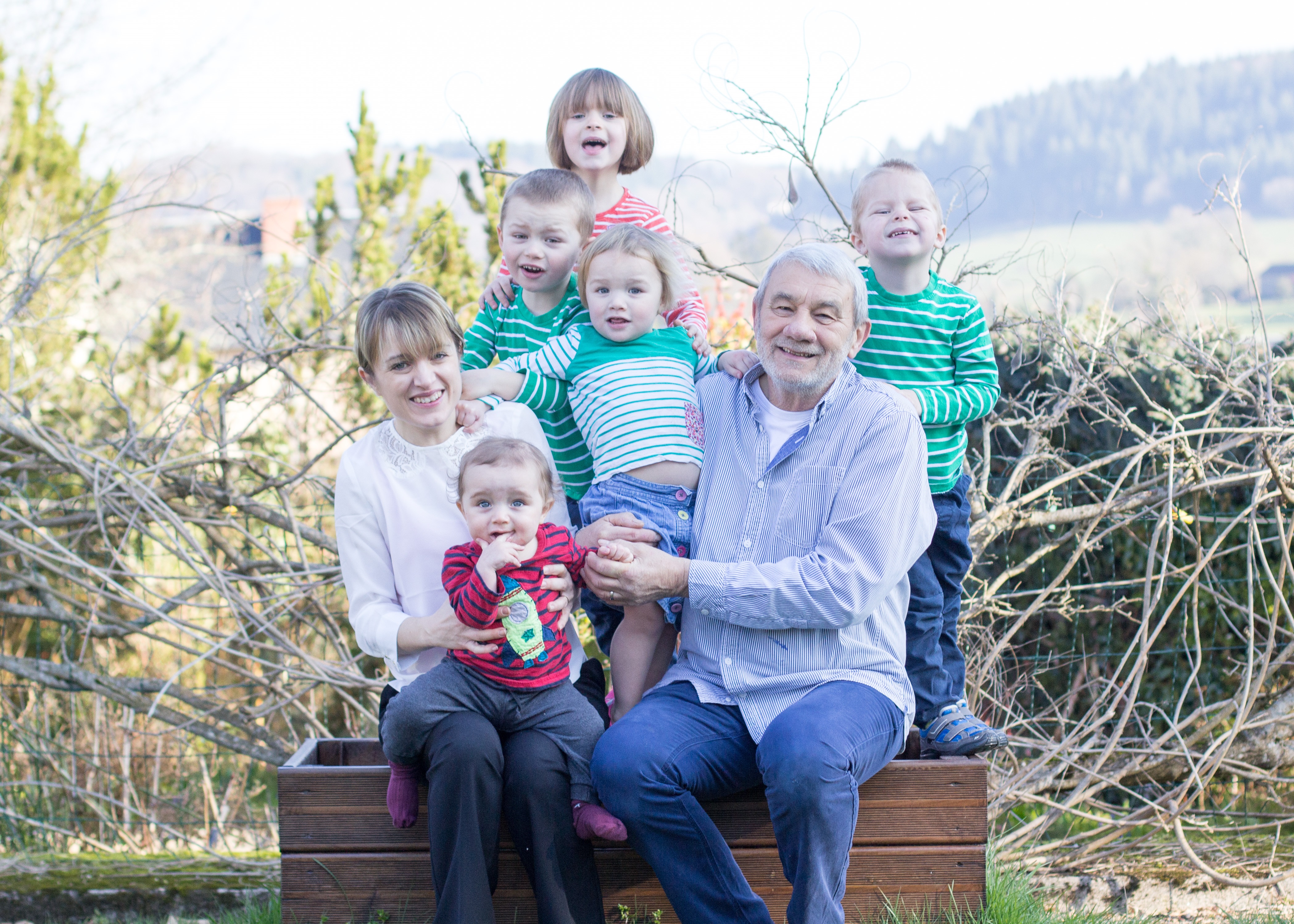 Although I thought Ray was too old for me and I had no idea how he felt about me, having these feelings helped me see I no longer loved my boyfriend, so I broke up with him.

I knew that Ray was getting divorced, so when he then asked for my number, I said yes.

Despite the age gap, we’re perfect together, and I often don’t notice it.

We went for a drink and our relationship developed quickly. My parents didn’t know about the age gap until I introduced Ray to them that November.

He’s two years older than my mother, and two years younger than my dad, and Mum seemed upset. They didn’t say so, but I sensed they thought our relationship wouldn’t last.

Meeting Ray’s mates was easier, and they joked that Ray had done well to find a much younger girlfriend.

My friends presumed it would fizzle out, and one even said that he didn’t think the relationship was a good idea – in case I had children and Ray died. 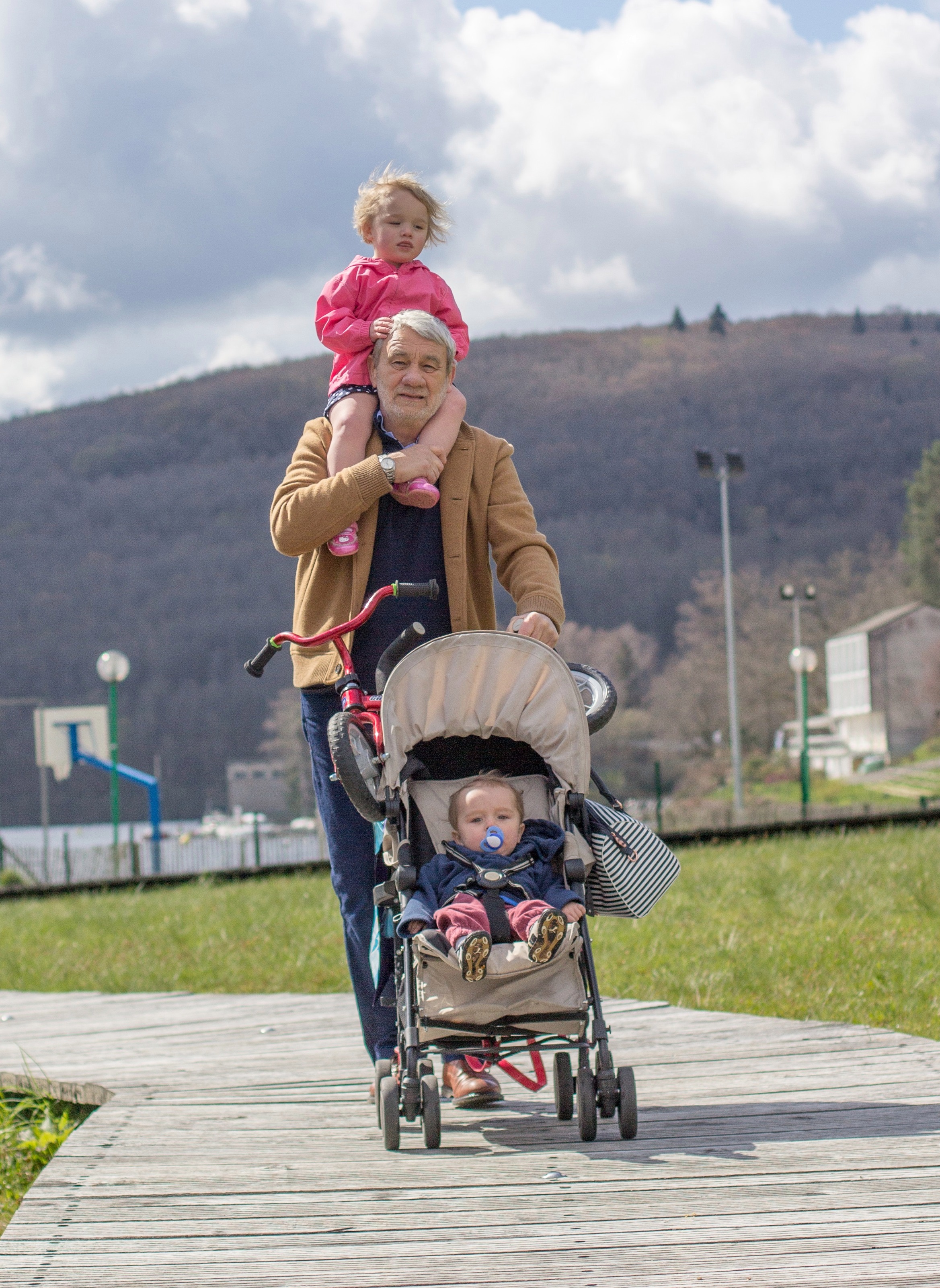 It hurt to hear that, but we were too in love to care.

We married in August 2004, and a year later, Ray had his vasectomy reversed so we could start a family.We didn’t conceive easily, but after a move to France and two rounds of IVF, our daughter Lily was born in 2009.

After a third IVF cycle, twins Joe and Tim arrived in March 2012, when Ray was 61, followed by Evie in October 2013 and Robbie in March 2015 – both of whom were conceived naturally, which was quite a surprise!

Ray took it all in his stride, including the night feeds and nappy changing. He also took on the lion’s share of chores. He might be older, but he is still a brilliant dad.

Although he’s not nimble enough to chase the kids around, he loves making toys for them, including a tipi and ramps for their toy cars.

We’re realistic that there’s a far greater likelihood of Ray passing away before me, meaning the children and I would be left on our own – or I could end up as his carer – but nobody knows how life will pan out. 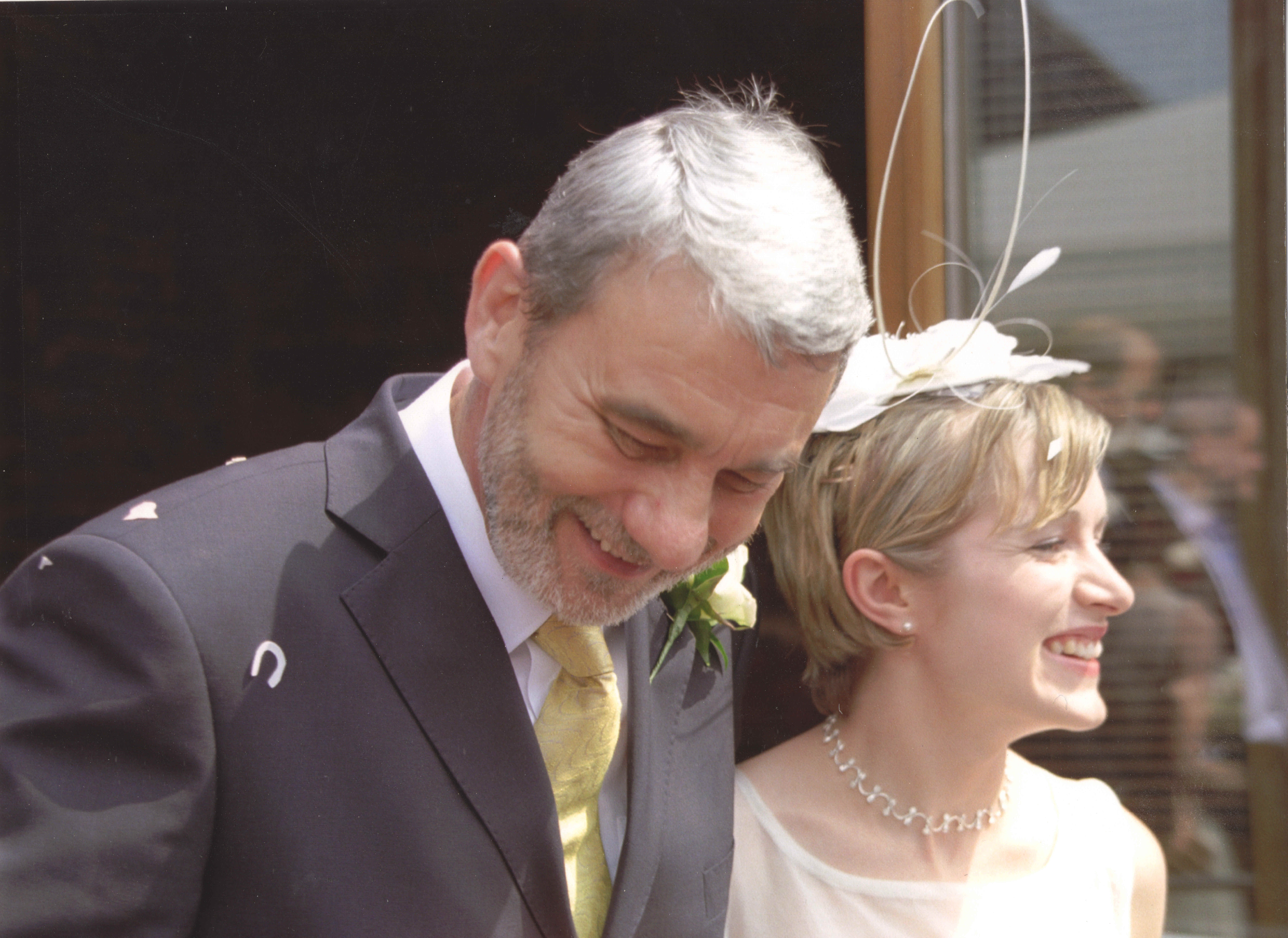 Evie recently asked: ‘Shouldn’t Daddy be dead soon?’ I knew she didn’t mean quite what she said – it was her way of saying he’s older – and Ray thought it was funny.

As he has more life experience, he is very easy-going, makes me feel safe and has an optimistic outlook.

Though I really noticed the age difference recently when there was a re-run of the 1966 World Cup Final on TV, Ray knew all the players’ names, and reminisced about watching it the first time when he was 16 – which was 12 years before I was born!

It still blows my mind that Ray married his first wife the same year I was born, and recently, when looking through my old primary school photos, he recognised a girl in my class as he was her teacher at secondary school a few years later.

And there have been plenty of funny situations, such as when a traffic warden referred to me as Ray’s daughter, and once when Ray was out with the twins, a couple told him it was lovely he was spending time with his grandchildren.

We just laugh it off. My parents now just see us as Gill and  Ray, which means everything.

There’s nobody more surprised than me that I married a much older man, but it feels absolutely right for us to be together.”