Jessica Lowe, 25, from Holyhead, Anglesey, and her partner Jamie Weston feared the worst when their daughter Olivia Weston was rushed to neo-natal intensive care. 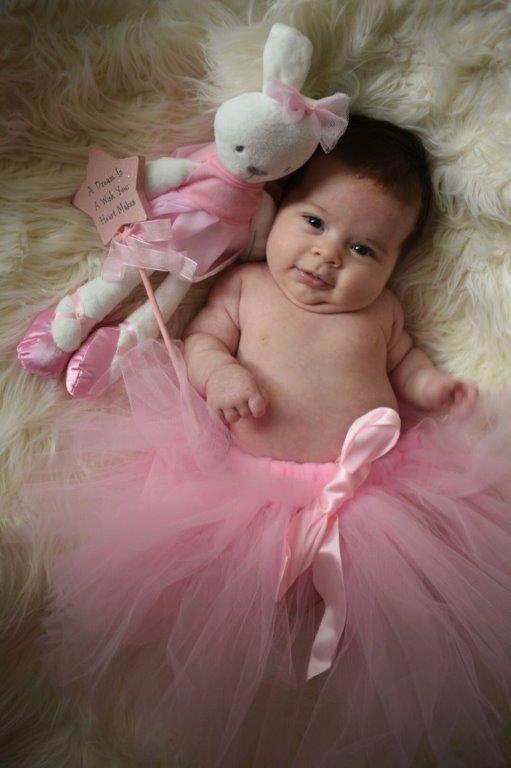 But, one year on, she is fitting fit. Jessica told Fabulous Digital: “It was the worst and best Christmas Day, all rolled into one.

“I spent two hours thinking my Christmas baby might be dead. All I had was a photo of her, covered in wires and tubes and it was so frightening.

“But when she was out of danger, and I was allowed my first cuddle, it turned into the best Christmas I could ever have wished for."

She added: “Jamie’s dad was also a Christmas Day baby so we are keeping the family tradition going.” 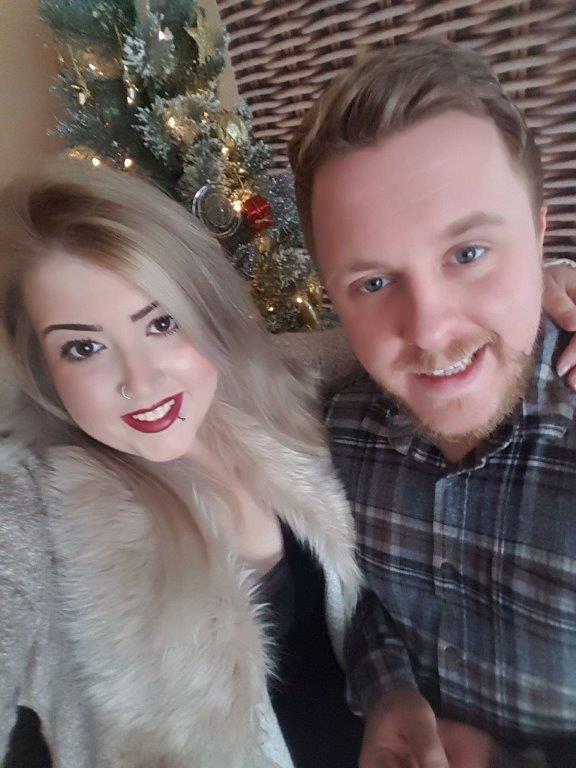 But 10 days after her due date Jessica was taken into hospital to be induced and she finally went into labour on Christmas Eve.

Jessica said: “We were thrilled but never expected that the baby would come on Christmas Day because she was due so much earlier.”

She added: “It was very exciting at first, knowing that the whole world was getting ready for Christmas and our baby was coming. It felt magical.” 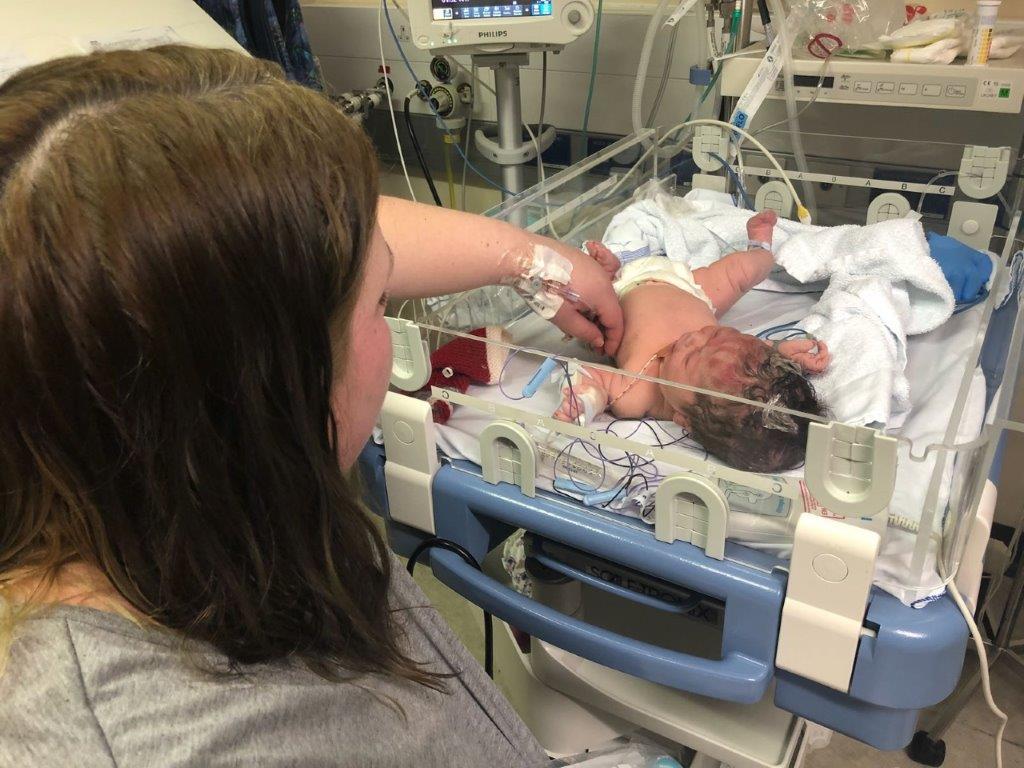 But the labour did not progress well and the baby’s heart beat dropped. Jessica was given morphine and she became unresponsive.

Jessica said: “The midwife was starting to worry. A team of doctors came and they were trying to use forceps to get her out, but they were saying that it wasn’t going to work.

“I was convinced by this stage that we were going to lose my daughter. The morphine was making me woozy but at the same time I was panic-stricken.”

Jessica was given an emergency C-section, and Molly was born at 6.35am, weighing 8lbs 2ozs, with the umbilical cord around her neck. She was rushed away to ICU.

Jessica explained: “She didn’t cry and I was not allowed to hold her – she was rushed away. She had been starved of oxygen and we didn’t know how she was – whether she would even make it. For two hours, we were waiting, absolutely panic-stricken. 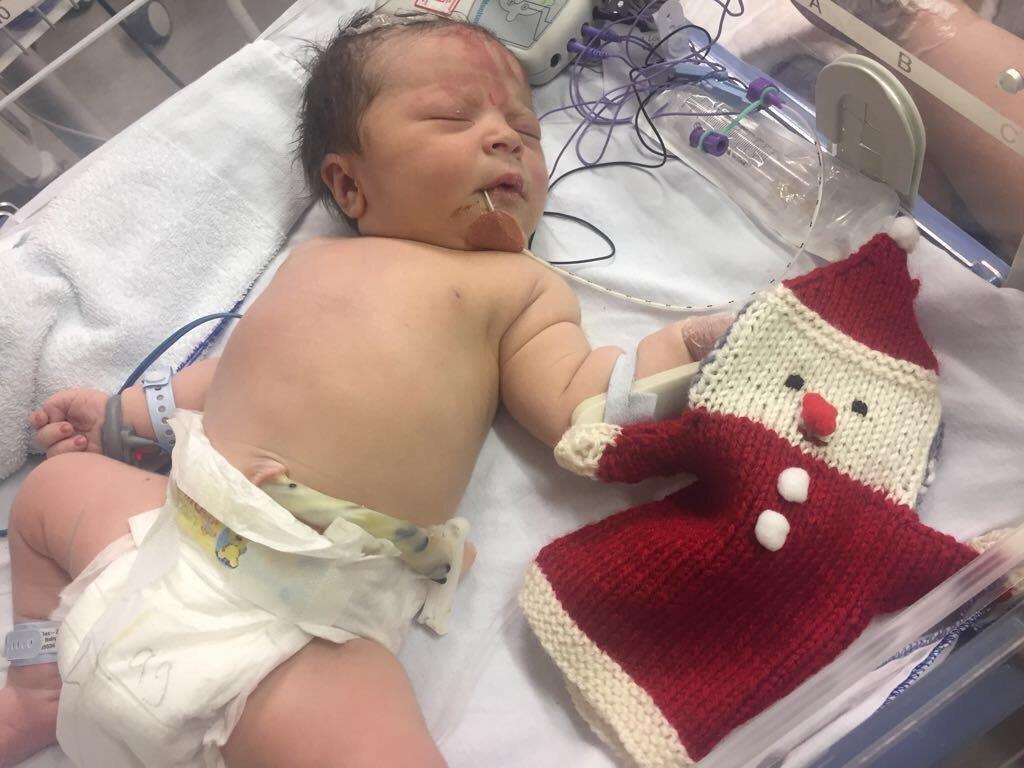 “The world was waking up on Christmas morning and we were heartbroken. I felt so empty – it was the worst Christmas.”

Medics then came to tell the couple that Molly was stable and in ICU – and Jessica was given a photo of her baby daughter.

She said: “It was wonderful to see her for the first time, but she was covered in wires and tubes and I was sobbing. I just wanted her to be okay.”

But Molly made a strong recovery and later on Christmas Day, Jessica was allowed to visit her in ICU.

Jessica said: “It was wonderful – she was worth all the worry and the tears. My Christmas was transformed into the best day of my life." 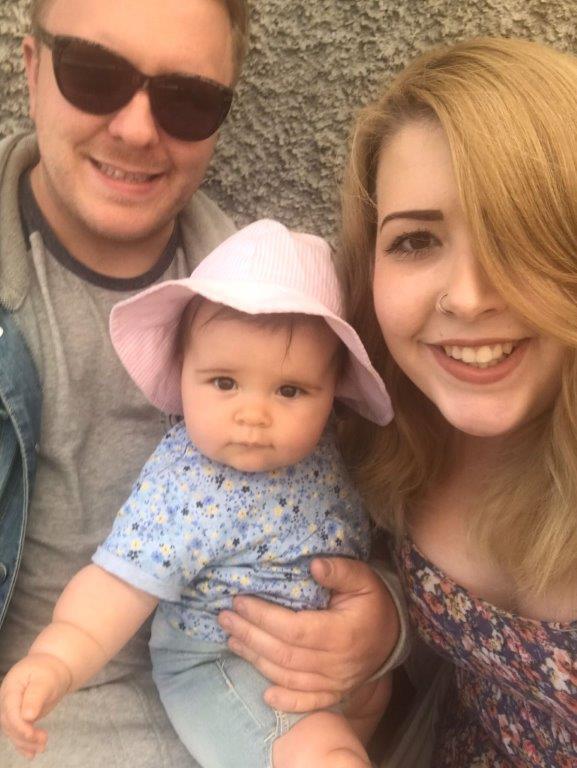 She added: “I had my Christmas dinner in the hospital café and Jamie and I didn’t even exchange presents but it didn’t matter. We had all we wanted – our little girl.”

Two days on, Molly was allowed out of ICU and onto the ward with her mum. And on New Year’s Eve, the pair were allowed home and are now both doing well.

Jessica said: “We had a late Christmas when I got home and we swapped gifts and made our roast dinner. It was New Year’s Eve and it was so special.

“We will certainly have a story to tell Molly when she is older. Jamie’s dad was a Christmas Day baby too so we are keeping it in the family.”

Meanwhile, a size eight teenager who didn’t realise she was eight months pregnant was shocked at her ‘sudden’ bump when docs turned her baby in the womb.

A stunned mum had a surprise baby despite having a flat stomach and regular periods.