A HINCH fan and cleaning obsessed mum has shown off her incredible rug transformation after her strip wash method completely changed the colour of her rug.

Hollie Jayne was pleased to see that the shaggy rug is once again "the lovely light grey it was originally" and "not the brownish grey it had turned into". 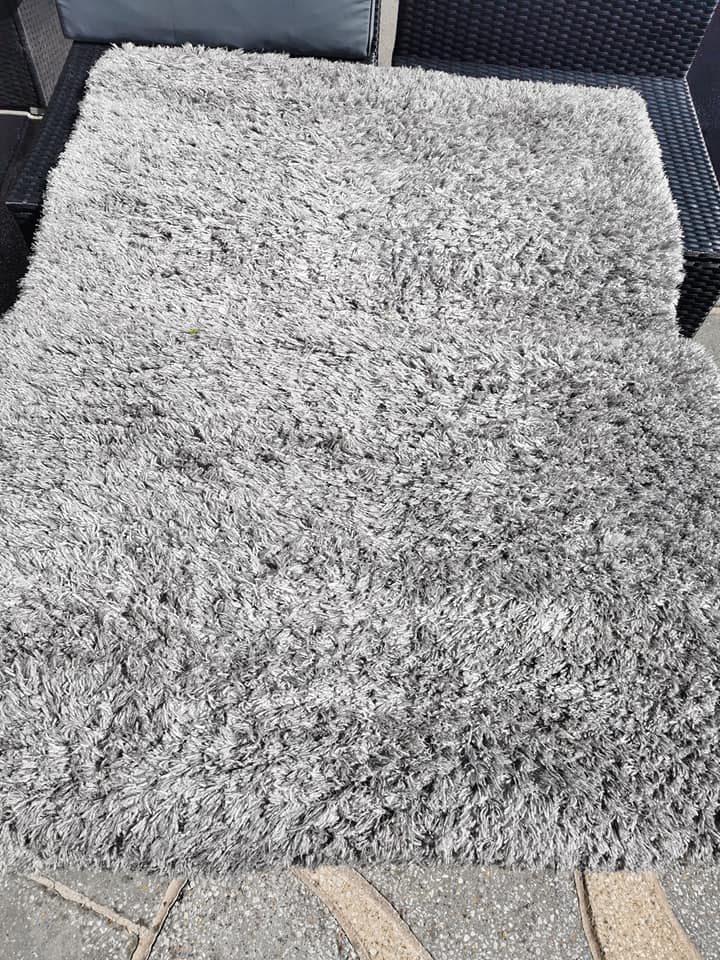 After seeing lots of people clean their rugs in the bath tub, the mum-of-two decided to give it ago herself and said she was "absolutely mortified" after seeing how much dirt the rug had accumulated over five years.

Many people have their own method when it comes to strip washing, however, the fundamentals remain the same – and the results are ALWAYS amazing.

Sharing her cleaning hack on the Hinch Army Cleaning Tips Facebook group, Hollie said she'd filled the bathtub with hot water and added a few caps worth of liquid detergent before leaving it to soak for four hours.

While many people rinse off the item after draining the dirty water, Hollie revealed she didn't and proceeded to squeeze out the rug to remove as much liquid as possible. 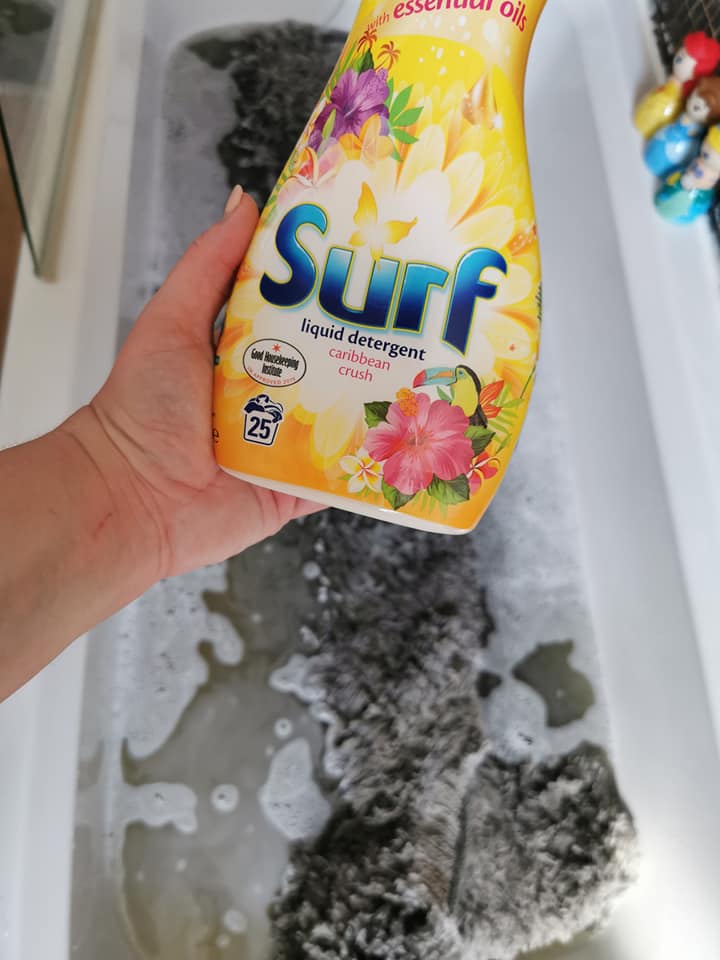 She said: "I left it around 4 hours (I didn't rinse it after draining dirty water, not for any particular reason, but lots of people have said theirs smelt like wet dog afterwards, mine doesn't, maybe because the detergent was still in it).

"I squashed it down to get out as much water as I could before dragging it outside. (If your bathroom window is big enough then you could chuck it out that way?)

"I draped it over the garden furniture to drip dry through the night then laid it flat this morning to finish drying off in the sun.

"It's dried lovely and fluffy and hasn't dried hard, it also smells lovely. If you are worried about how yours will turn out, drying time or what to use, maybe try a small corner first in a washing up bowl and see how that goes??" 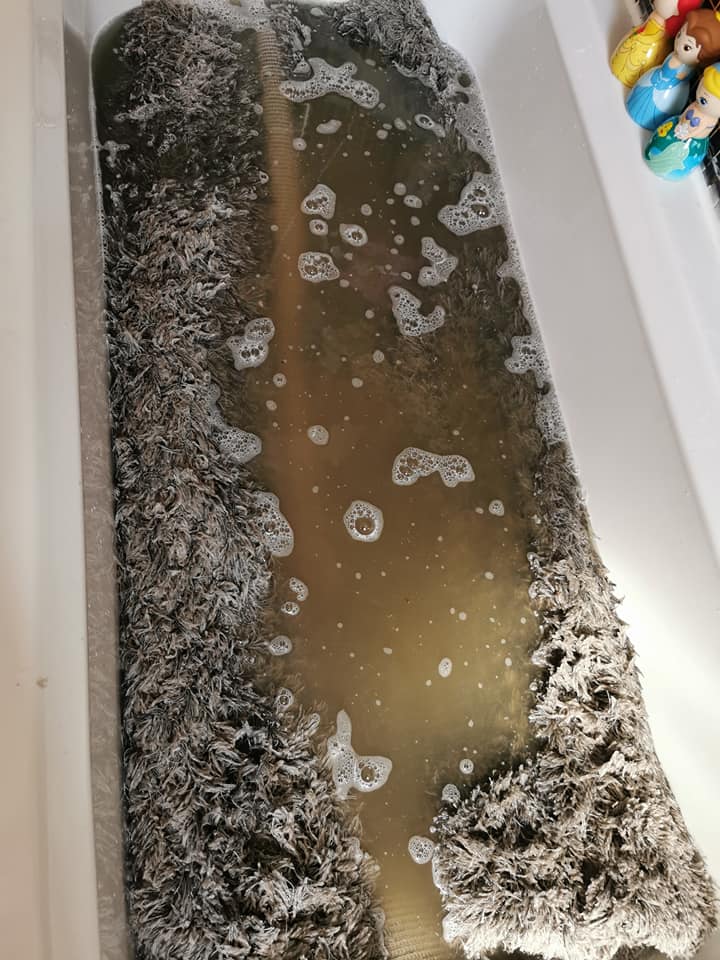 But above all else, Hollie was most surprised by the colour difference as she didn't realise how much it'd changed over the years.

She said:  "I can't believe the colour difference… Its now the lovely light grey it was originally and not the brownish grey it had turned into."

While we all love a good strip wash transformation, it seems other Hinch fans were most interested in how she managed to get the heavy, soaked-through rug outside to begin with.

Hollie later revealed that she'd waited for all the water in the bath to empty before squishing as much water out as possible. 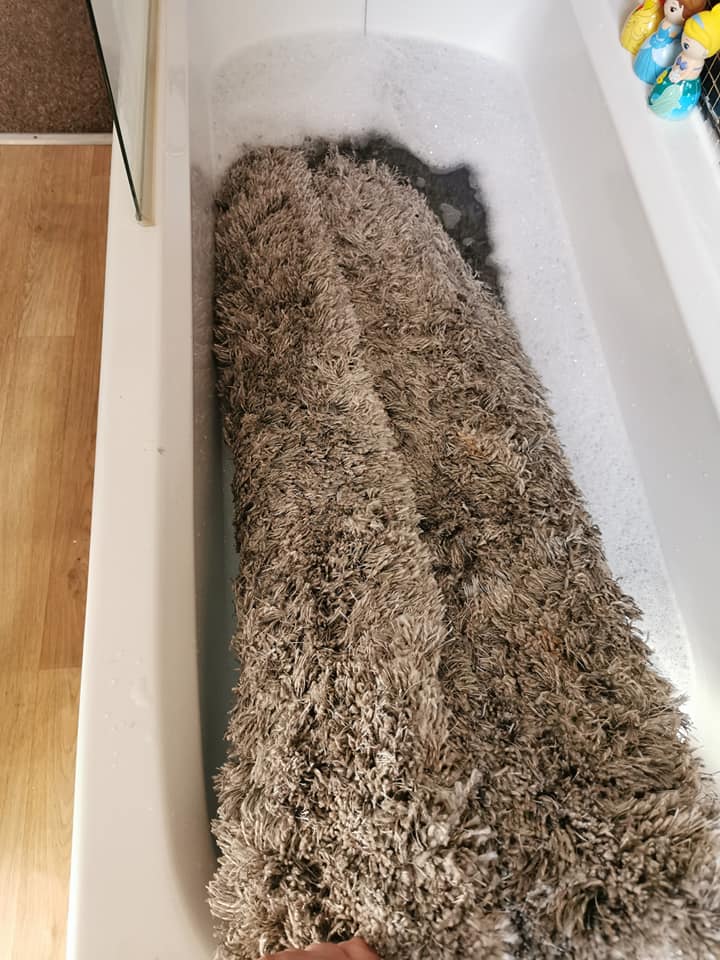 She said: "Lots of people asking how I got it outside –  I waited for all the water in the bath to empty then I squashed as much water out as I could whilst it was still in the bath so it wasn't dripping wet. Then rolled it up best I could then just dragged it outside as quickly as possible.

"Carpet was a bit damp where I'd pulled it through the house but it's not like it was left on the carpet for long, so it really doesn't soak the carpet like people are imagining it would."

The post proved popular and racked up an astonishing 3,000 likes, in addition to hundreds of comments.

Other Hinch fans were also impressed by the drastic colour change, and some even suggested other clever ways to clean cumbersome items, such as rugs. 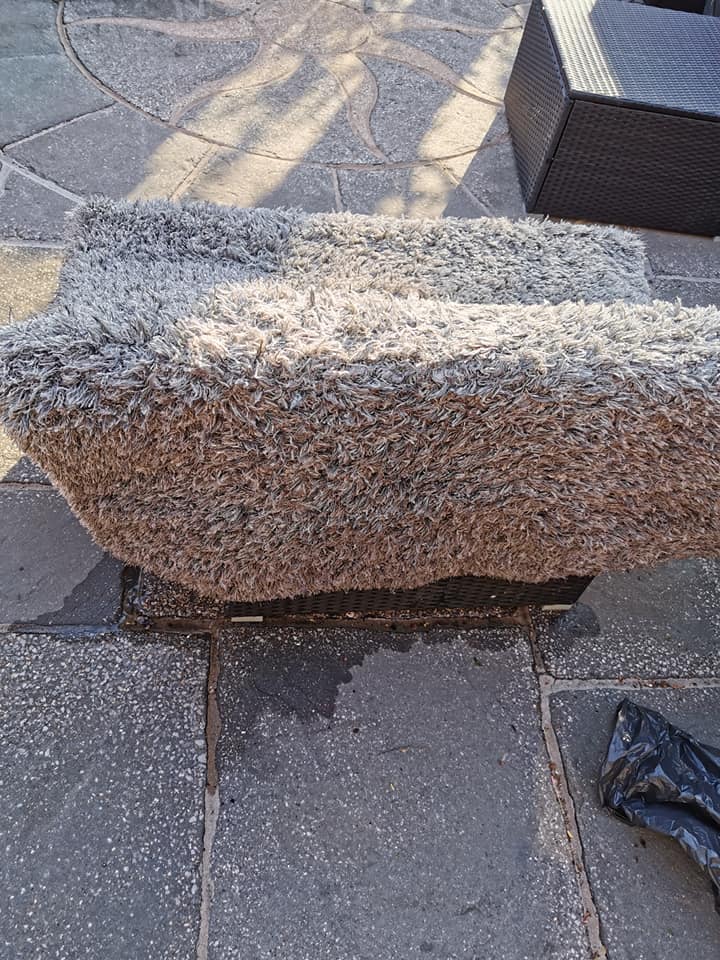 Surprised by the result, one woman wrote: "Wow, what a difference! That's amazing."

While another said: "Love it! omg how satisfying this must be what a difference."

Many people suggested using a jet wash or even an outdoor paddling pool to effectively clean a rug, and Hollie later added that "there is no right or wrong way" and that this method worked well for her.

Although she was won over by the paddling pool suggestion and said she'd "definitely do it next time".

In more cleaning news this woman used denture tablets to get her grubby kitchen floor sparkling.

Meanwhile this woman shared a brilliant hack on how to cut her dog’s nails but it involves spreading peanut butter on her head.

Plus people are showing off the results of the #nohairwashchallenge after stopping using shampoo but insist it’s not greasy.