A MUM has been slammed for the “inappropriate” T-shirt she bought her toddler saying he was “hung like a five-year-old.”

A snap of the offending garment was shared on Reddit where fellow parents were left horrified. 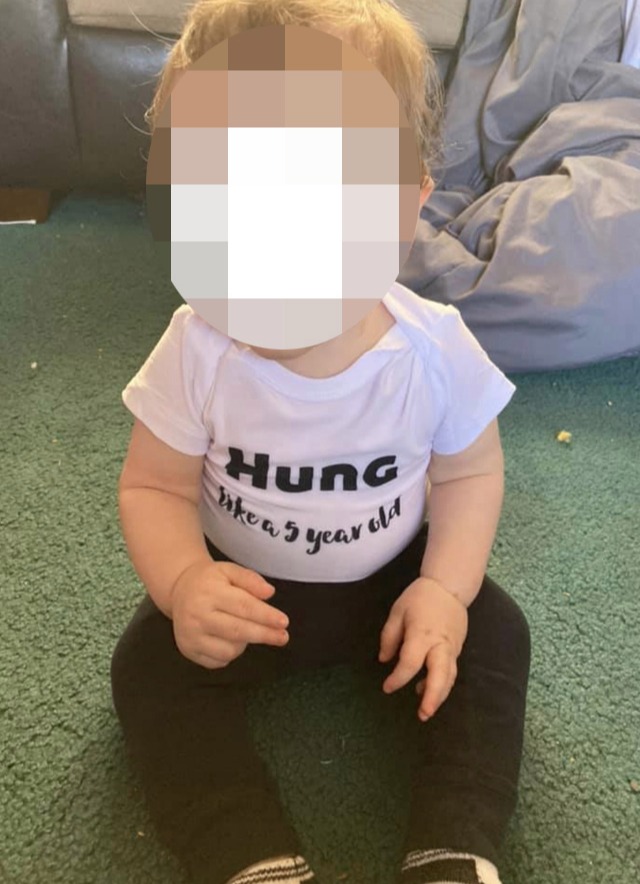 The photo had originally been shared on Facebook by the boy’s mum, who admitted she’d had the top custom-made for her son.

But while she appeared to find the T-shirt highly amusing, Redditors were far from amused, sharing their outrage in the comments.

One wrote: “wtf is wrong with people? she had this custom made? Yuck.”

Agreeing a second added, “I am genuinely concerned by the amount of people that think it's okay to joke about a child's penis.

“Even if the kid was 18 and his mother made a remark about his genitals like that, it'd still be wrong. This is not humor. This is disgusting.”

“I feel gross for reading that” added a third, while another agreed adding, “This kind of attention seeking is so cringy.”

In other parenting news, this mum showcased how she makes 100 ‘McDonald’s McMuffins’ at a time but divides opinion.

And mum shows off her kid’s VERY healthy lunchbox but gets slammed because it’s ‘too grown up’.